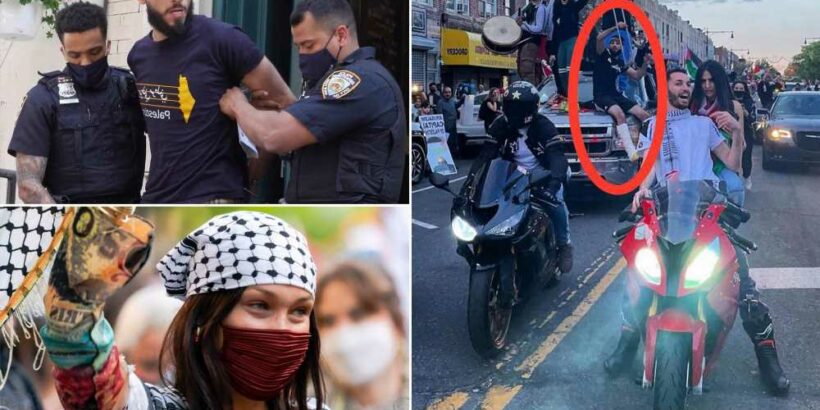 Gigi and Bella Hadid, other celebs express support for the Palestinians

Bella Hadid posted a fawning photo from a pro-Palestinian protest in New York City featuring the man charged in the hate-crime beatdown of a Jewish bystander.

The 24-year-old fashion plate was at the May 16 rally in Brooklyn when she snapped a photo of the alleged attacker, Waseem Awawdeh, sitting on the hood of a truck while surrounded by other protesters and posted it on Instagram.

Her caption read, “The way my heart feels … To be around this many beautiful, smart, respectful, loving, kind and generous Palestinians all in one place… it feels whole! We are a rare breed!!’

But four days later Awawdeh, 23, of Brooklyn, allegedly beat 29-year-old Joseph Borgen with crutches, kicked and pepper-sprayed him in a caught-on-camera attack in Midtown. 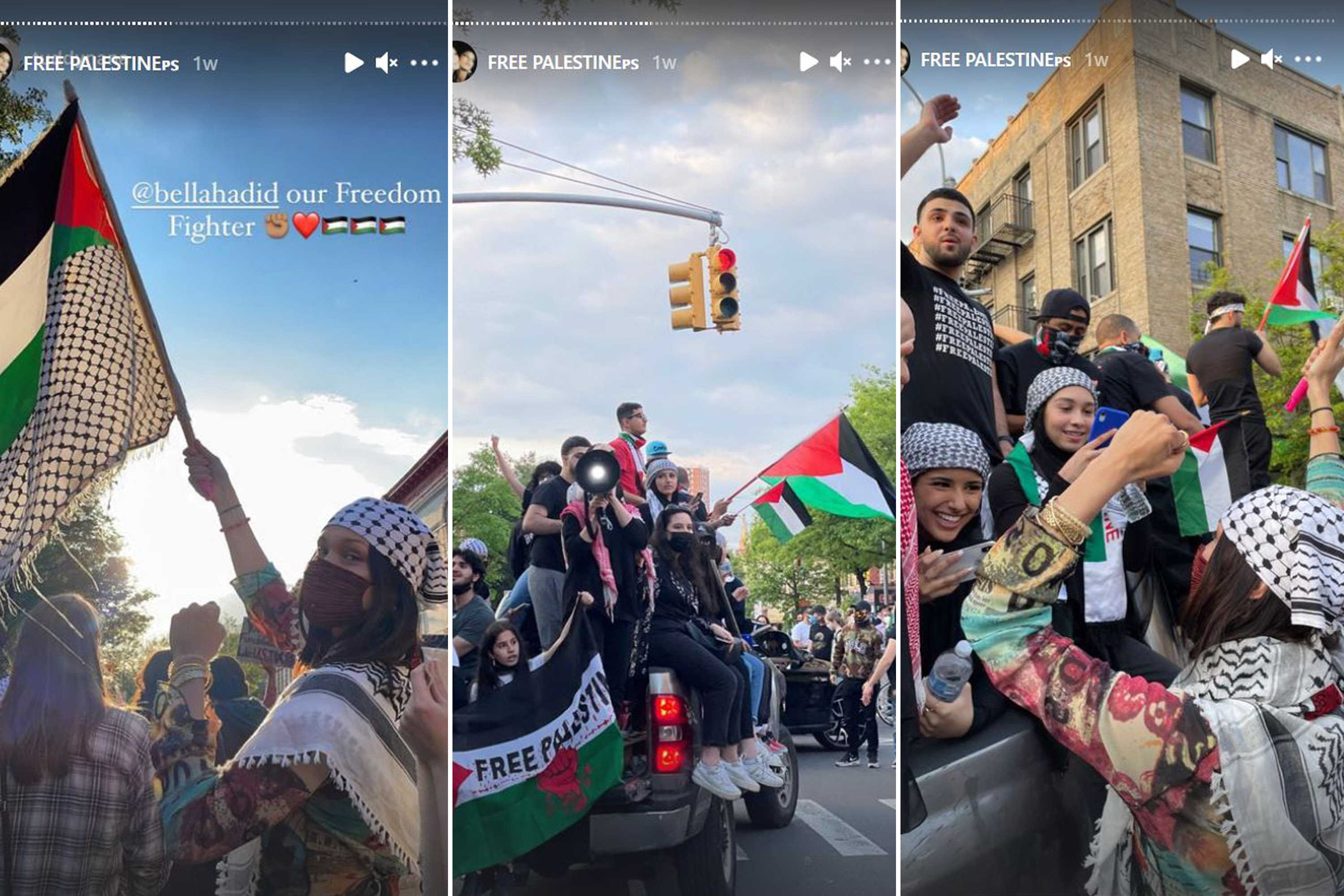 He’s accused of shouting “dirty Jew!” and “F–k Israel, Hamas is going to kill all of you!” during the mob attack, and was hit with hate crime charges, authorities said.

Hadid later deleted the post of Awawdeh after the anti-hate group StopAntisemitism.org reposted the image on Twitter, identifying him, the Daily Mail reported.

Other photos from the protest showed the supermodel parading through the streets of Bay Ridge while waving a Palestinian flag and wearing a mask. 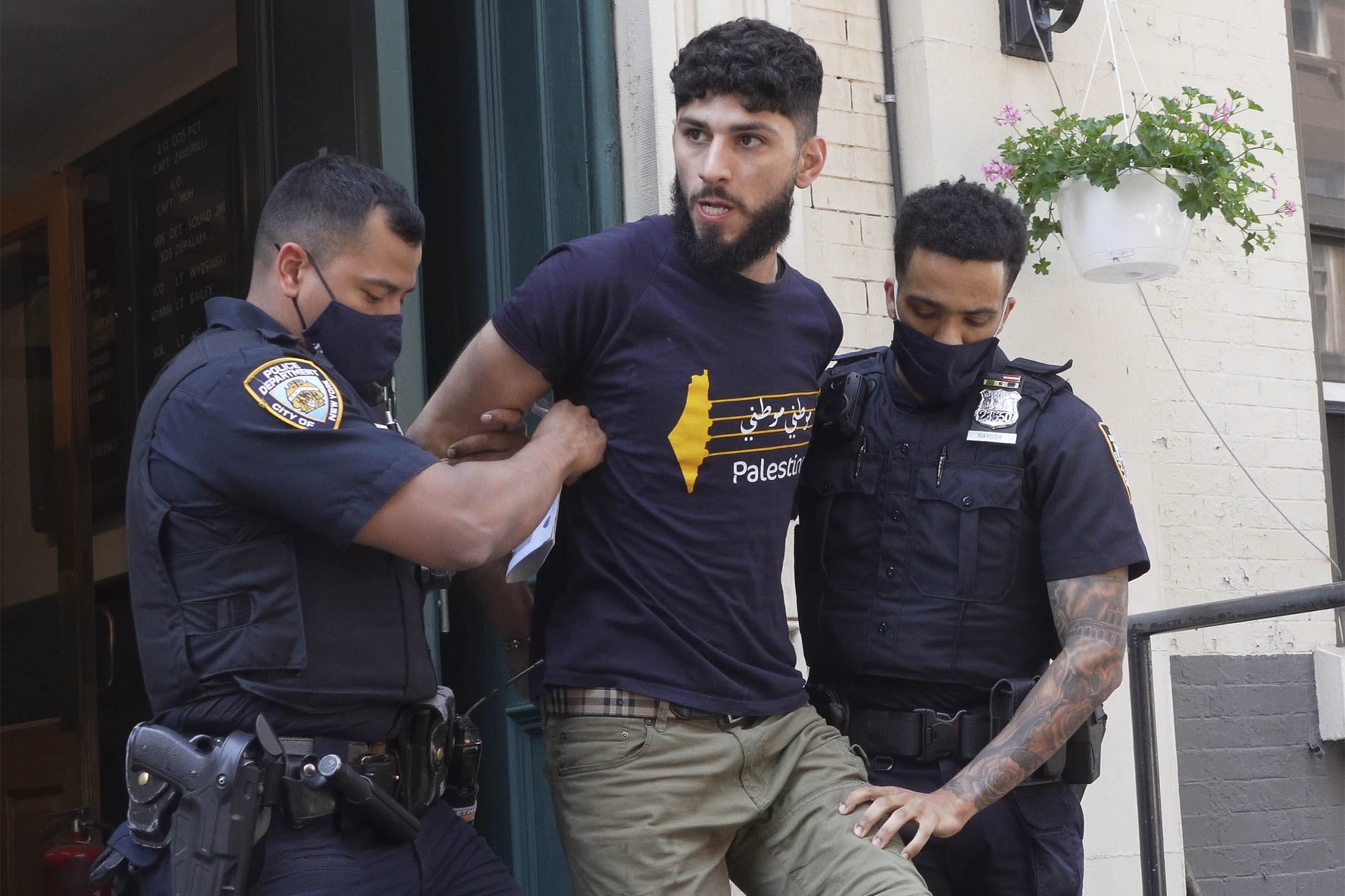 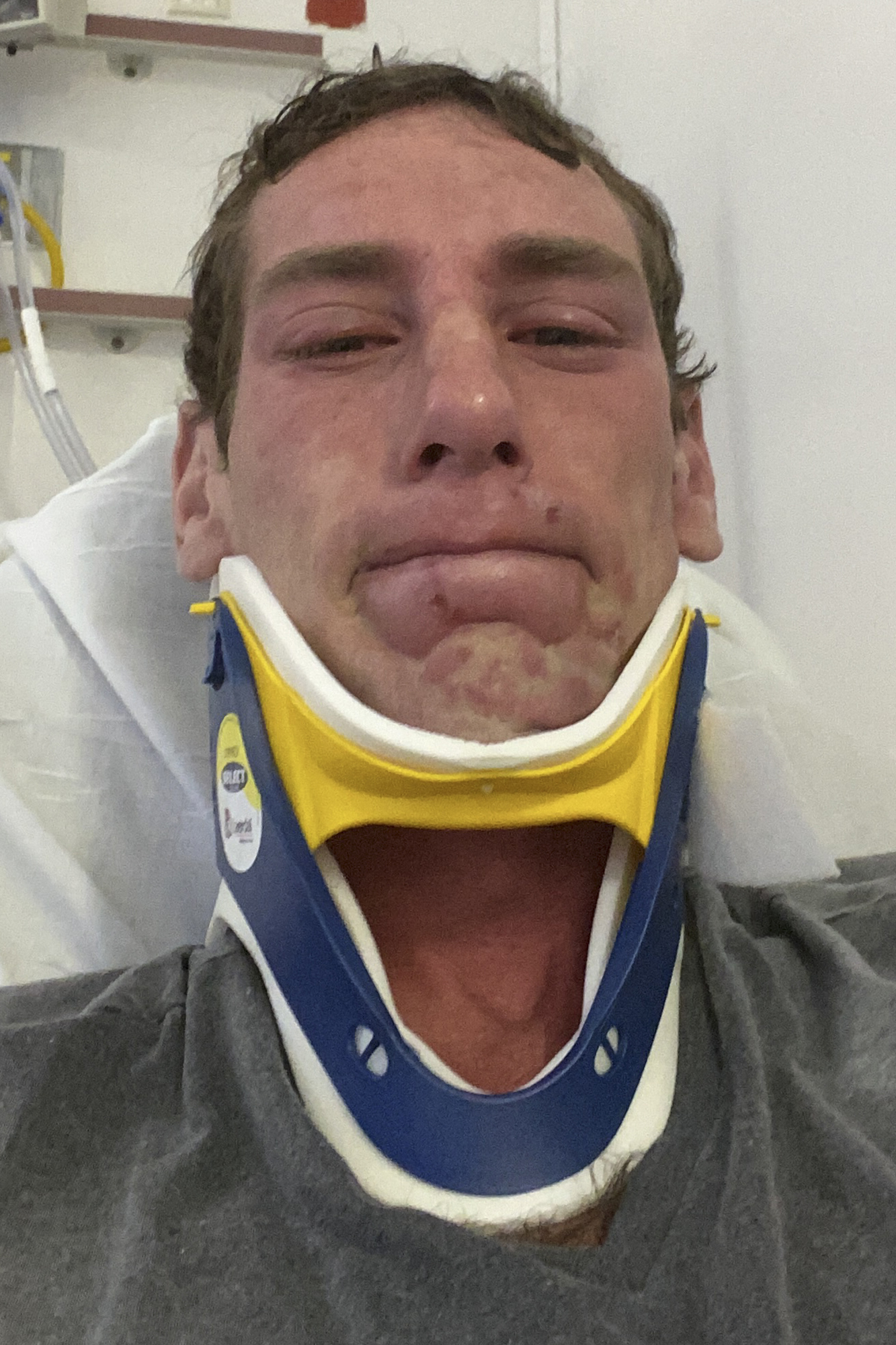 Earlier this month, Hadid was rebuked by the Israeli government after she posted a photo of herself on social media with tears rolling down her face, writing that she feels a “deep sense of pain” for the Palestinian people amid the fighting in Gaza.

“You cannot allow yourself to be desensitized to watching human life being taken,” Hadid wrote.“Palestinian lives are the lives that will help change the world. And they are being taken from us by the second.”

Israeli Foreign Ministry’s replied: ‘When celebrities like @BellaHadid advocate for throwing Jews into the sea, they are advocating for the elimination of the Jewish State.” 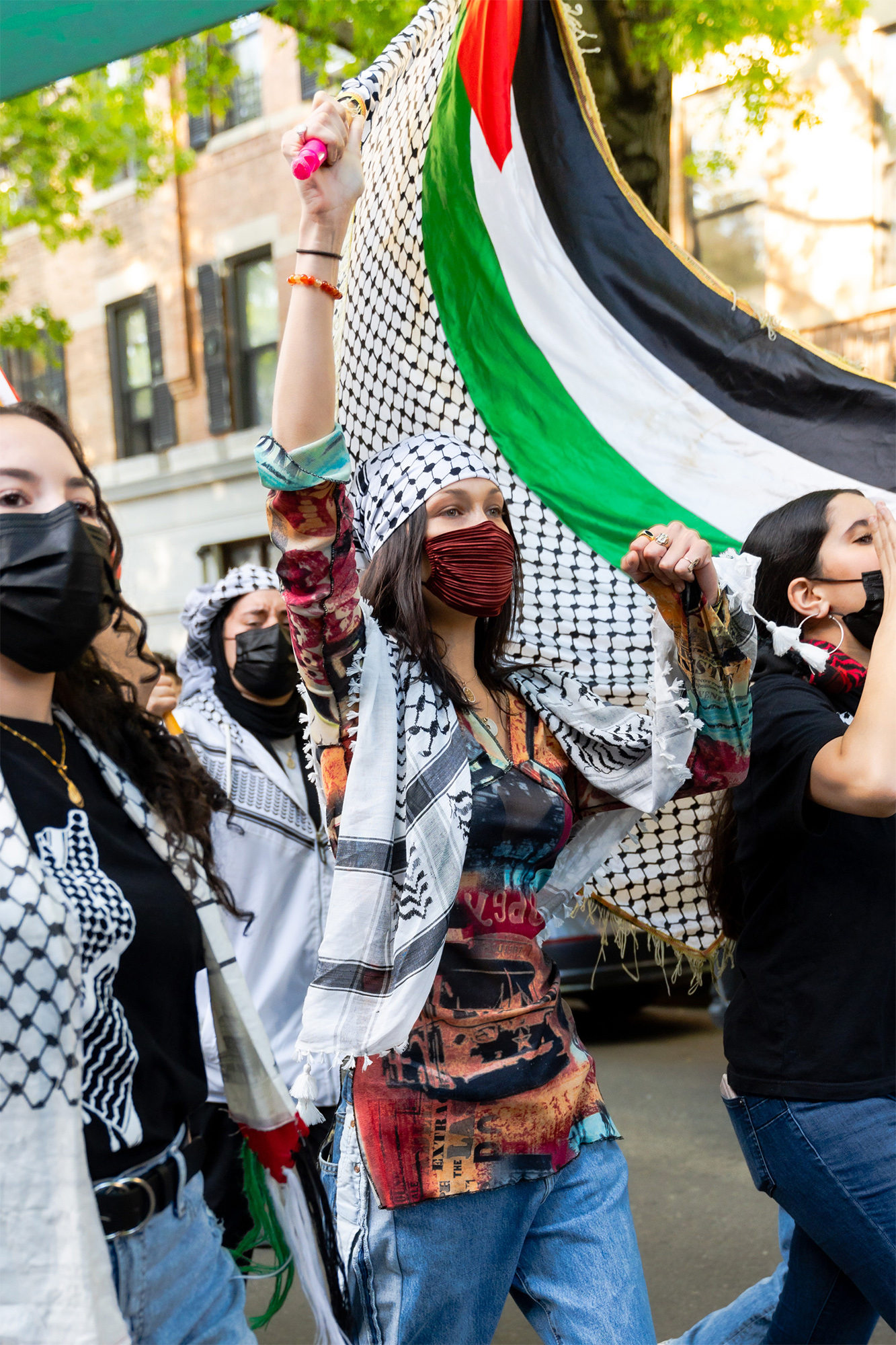 A source close to Hadid told the Mail that she doesn’t know Awawdeh and didn’t interact with him at the protest.

A rep for Hadid didn’t immediately return The Post’s request for comment.