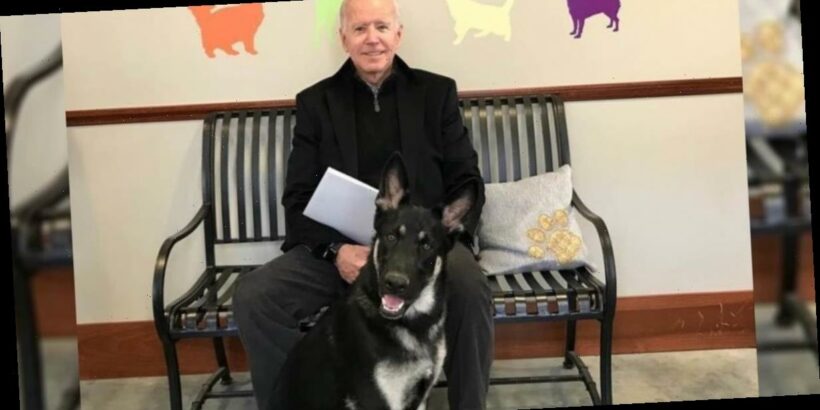 President-elect Joe Biden isn’t the only one with a big ceremony this month. Ahead of his family’s move to 1600 Pennsylvania Ave., Biden’s rescue dog, Major, is getting an “Indoguration” of his own.

The Bidens adopted Major, a German Shepard, in November 2018 from the Delaware Humane Association (DHA) in Wilmington. At the Inauguration on January 20, he will become the first rescue dog to take up residence at the White House, joined by the Bidens’ other dog, Champ.

Cory Topel, a marketing manager at DHA, told CBS News in November that she remembers Major as a smart, curious and affectionate “sweetheart.”

“Having played a part in Major Biden’s story is an honor. This is what we strive for when animals come into our care: to help them find their happy ending,” Topel said.

Ahead of the big move, Major’s former home is hosting an “Indoguration” for the pup on Zoom, in an effort to celebrate the first-ever shelter pup to become First Dog, and raise some money for other dogs like Major. It will take place on Sunday, January 17 at 3 p.m. ET.

We’ve got big, happy news to round out your week!!! Delaware Humane Association & Pumpkin Petcare invite you & your pup…

DHA is calling it “the world’s largest virtual party for dogs,” encouraging all dogs and their families to attend. The shelter did not immediately respond to CBS News’ request for more details.

The event will be hosted by television personality and author Jill Martin and attended by special guest Sir Darius Brown, a 14-year-old entrepreneur and animal advocate.

Brown said that, ahead of the event, participants can nominate their pups to be part of Major’s Cabinet as the “Secretary of Rescue Dogs.” Brown will be choosing the winner.

“From shelter pup at the Delaware Humane Association to First Dog at the White House, Major Biden is barking proof that every dog can live the American dream,” the shelter wrote in a newsletter. DHA is asking for a donation of $10 or more to join the event, with all proceeds going to the shelter.

Let’s put dogs back in the White House. pic.twitter.com/7pBihksfXT