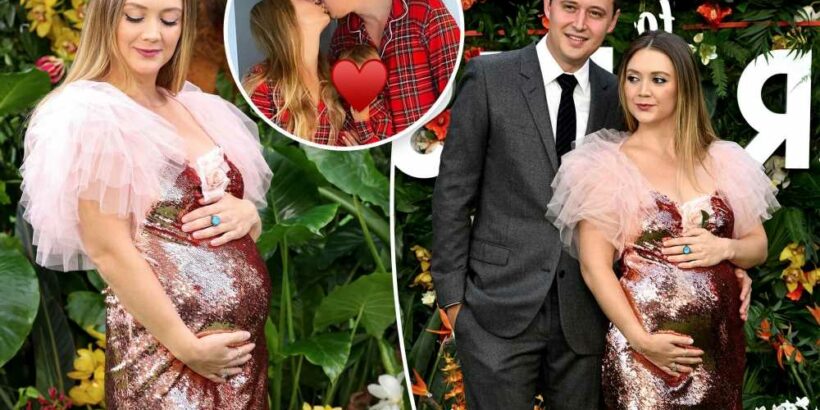 Billie Lourd on going braless like mom Carrie Fisher: ‘Why was I hating on her?’

Billie Lourd is going to be a mother of two!

The actress revealed she and her husband, Austen Rydell, are expecting their second child while at the premiere of her new film, “Ticket to Paradise,” on Wednesday.

Lourd, 30, proudly put her baby bump on display while the couple — who tied the knot in March — made their way down the red carpet in London.

She stunned in a pink sequined mini-dress, pink tulle shrug and nude heels.

She cradled her growing bump for photos before joining Rydell, who opted for a sleek gray suit for the big reveal. 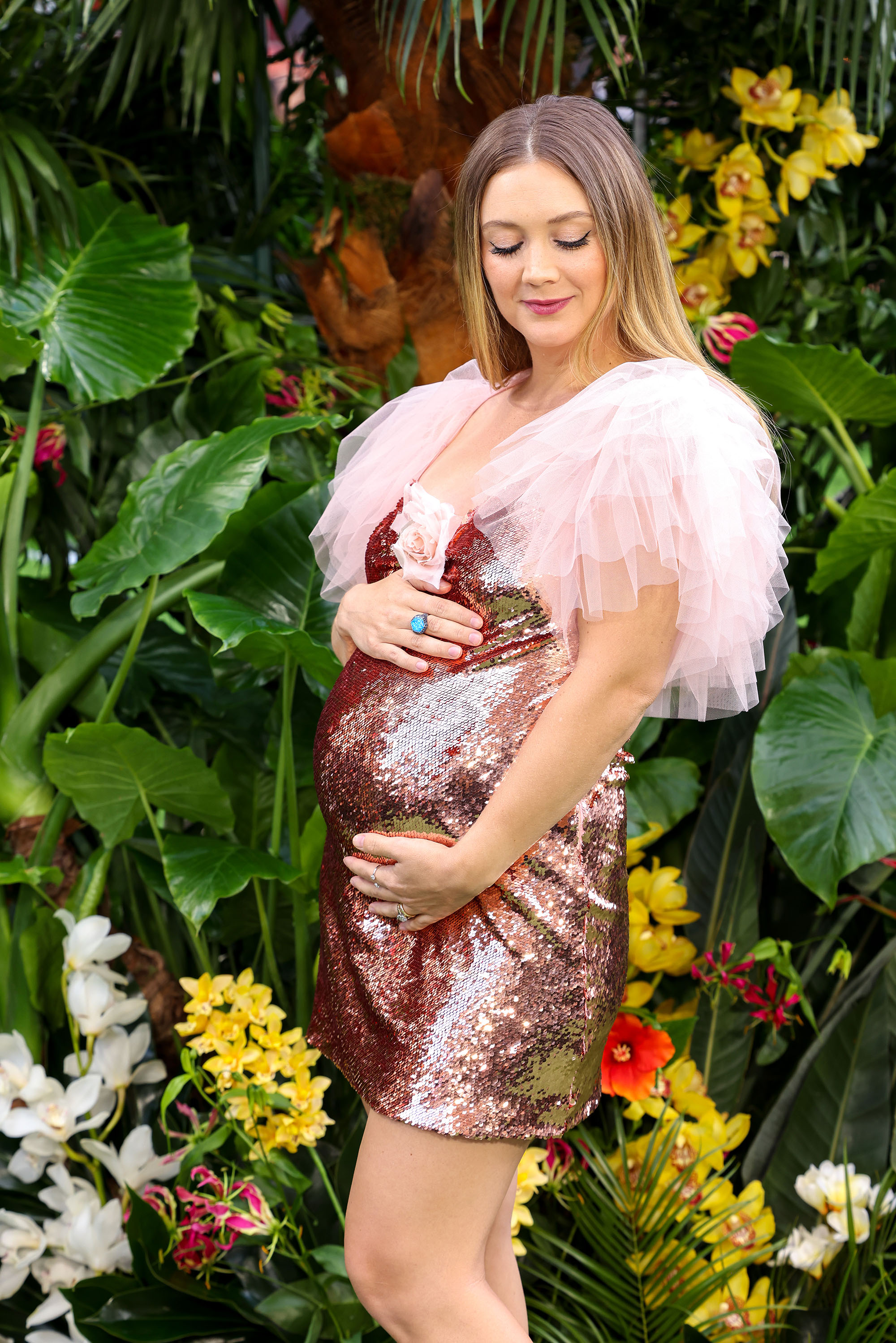 Lourd rocked a sequin mini-dress for the reveal. 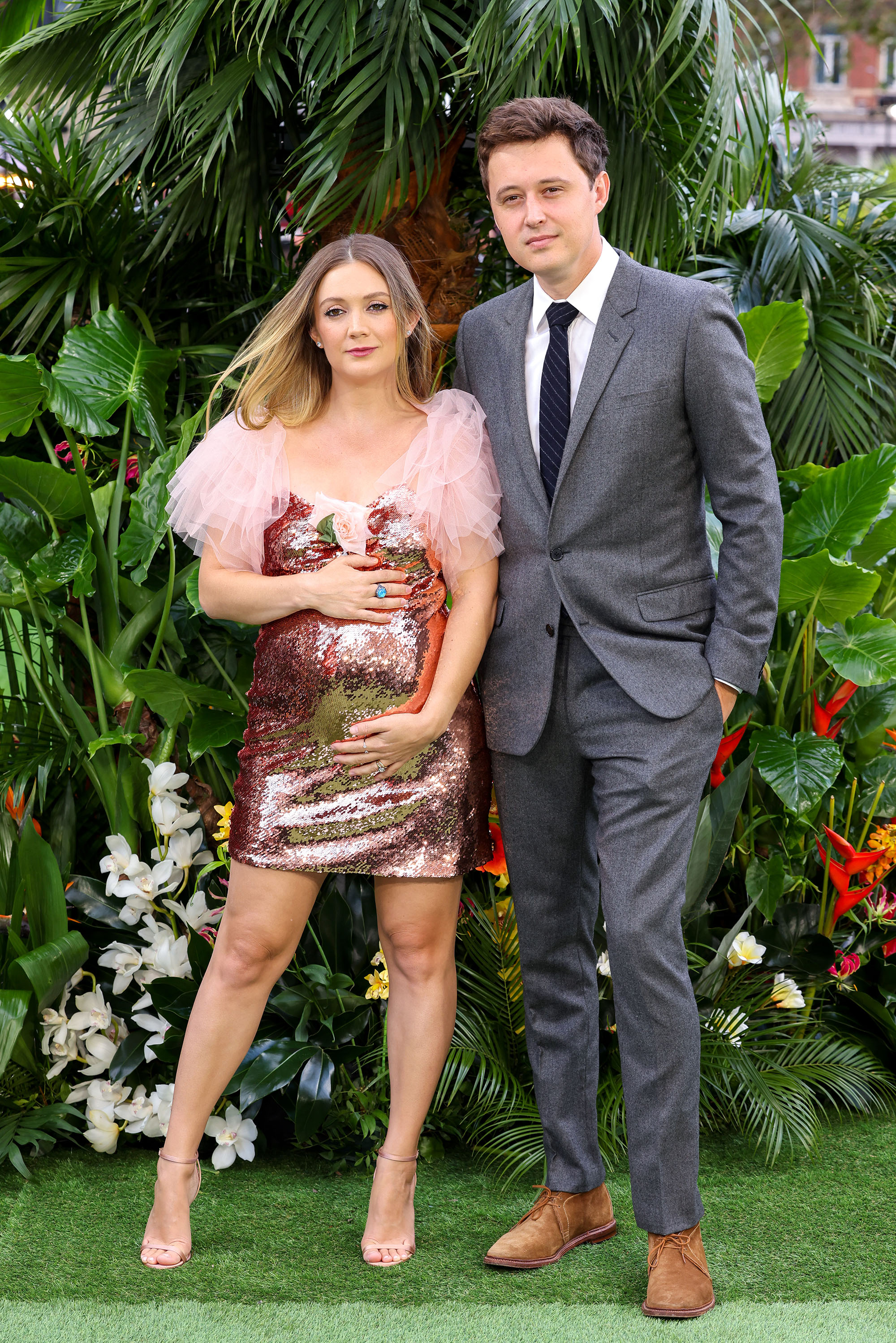 The actress cradled her baby bump throughout the premiere. 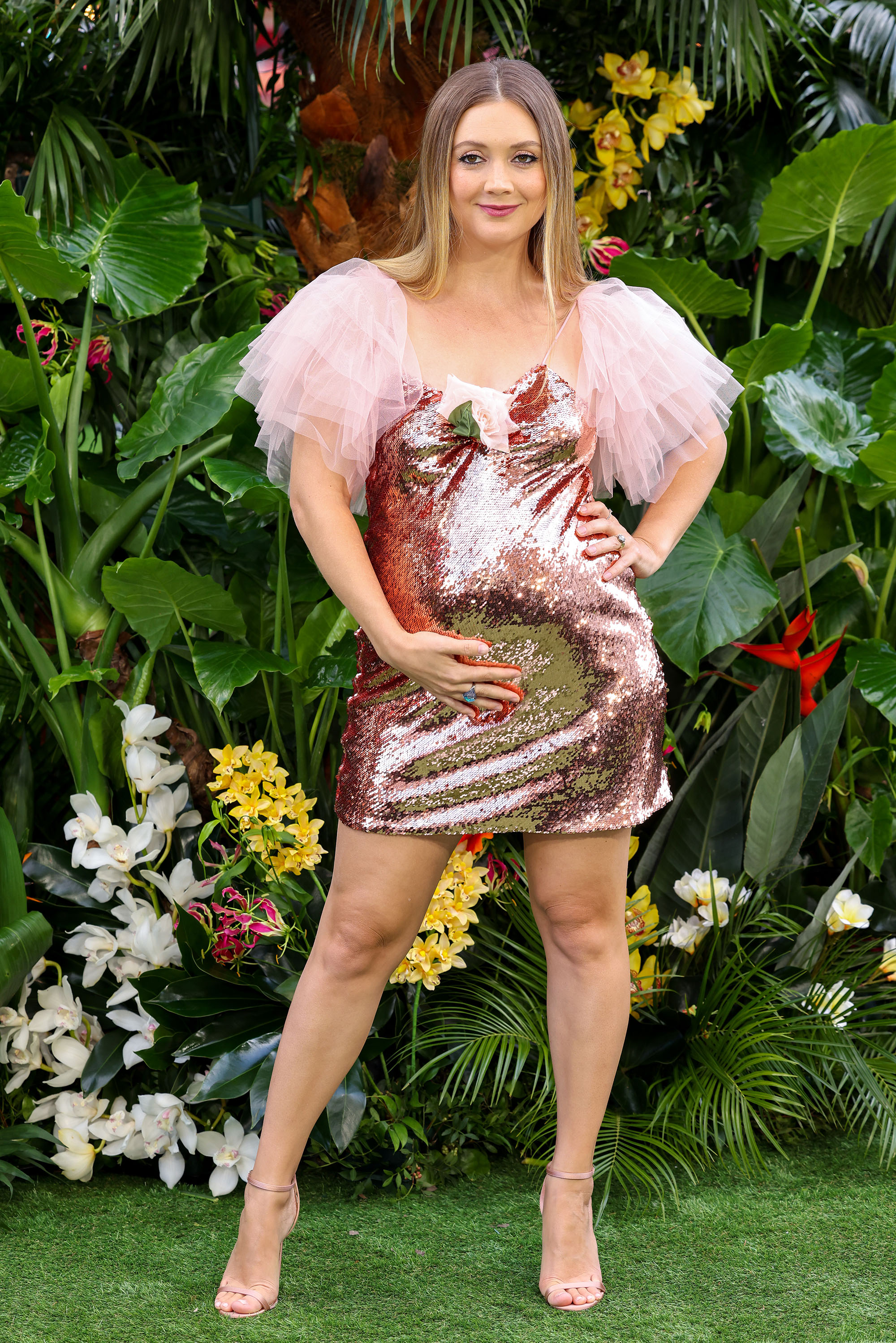 The soon-to-be mother of two was glowing while on the red carpet.