‘My birthday present to myself: a new name’: On turning 50, the writer formerly known as Suzy Greaves decided to put her painful past behind her and start the next era of her life with a radical move

A few weeks ago, I gathered my friends around me for a big party to celebrate my 50th birthday. I hired a beautiful old house in the wilds of Kent and created a ‘murder mystery’ theme. ‘All murder mysteries start with a death,’ I paused dramatically in my after-dinner speech. ‘And today, Suzy Greaves, as you know her, kicks the bucket. For the “third act” of my life, I am changing my name.’

Greaves was my married name. I have been divorced for years but didn’t change it because my name had been my ‘brand’ for 25 years; as a journalist, it was my byline; as an author, it was on the cover of my books. It is also the surname of my son, Charlie, now 15. 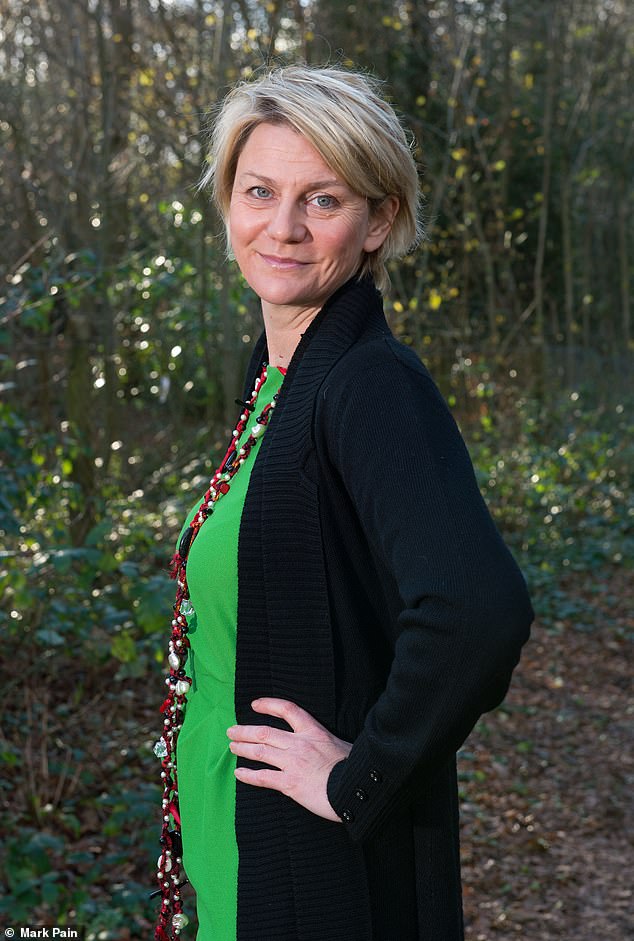 ‘As I turned 50 myself, I was not the same person I was when I became a Greaves,’ writes Suzy Walker (formerly Greaves)

So what had inspired my decision? As editor-in-chief of Psychologies magazine, I’d recently published a report on reinvention – about rewriting our story, changing our life from the inside out – and, as I worked on the copy, I felt the words jump out at me. Big birthdays naturally inspire much introspection, too. Am I on track? Who am I? What do I want next? My mother died at 50. Not to be morbid – but you never know how long you’ve got.

As I turned 50 myself, I was not the same person I was when I became a Greaves. Twenty five years ago, I literally was grieving. My parents died when I was a teenager and it felt as though I was cut loose in a tiny boat on stormy seas – without a compass, a paddle or hope. At 22, when I met my (now ex-) husband Jools, I grabbed hold of him like a life raft. He became my everything for 15 years and it was very painful when we broke up.

I lost myself for a while. Jools had been the practical one in the relationship so I found myself trying to figure out how to do things such as fix the car and service the boiler – as well as run a business as a coach and freelance journalist and bring up my young son. I was overwhelmed and completely out of my depth. It took me back to how I felt when I lost my parents. My life story seemed like a relentless battle against the forces of death, divorce and despair.

I reached out to a wonderful therapist (Denise Pia, thank you) and spent some time looking at my past, learning to grieve in a healthy way and creating a new narrative for my life. No longer the ‘poor orphan’ needing people to rescue her, I have rescued myself. I have found ways to thrive, a job I love and a family of friends who were there with me and for me on my 50th to celebrate my next era with a new name.

It was a way to make a definite and dramatic gesture. The process felt exciting and symbolic. The paperwork? Not so much. Changing your name is fairly easy by deed poll – it’s the admin to change your passport, driving licence and bank accounts that’s never-ending. In the early days, I had to plead with Post Office staff to collect parcels as my new ID hadn’t arrived. Try telling this story to a bemused postman.

Over the years, I’d worked with my therapist to feel my emotions as opposed to trying to escape from sadness and grief. When I announced my plan to her, she asked questions to ascertain whether I was letting go or running away. We decided I was definitely letting go. But what I found more difficult was deciding what to call myself.

I didn’t want to go back to my maiden name Atkinson, because my early years were associated with sadness. I wanted a new name that was magical and meaningful, that suggested the world was my oyster. I polled my closest friends; they sent me late-night texts (‘What about something like Marron – French for chestnut?’) and I tried on names for size. What about Suzy Wonder? ‘Too Harry Potter,’ my brother said. Honeywell? I asked. ‘Too porn star,’ he replied. I had worried that he’d feel as though I was rejecting him by not going back to our family name, but he was enjoying my renaming process. I had also talked to my son at length about whether he minded. His response? ‘You’re my mum, nothing will change that.’ I wrote a note to my ex and ex-in-laws and thanked them for the use of their name for the past 25 years but told them I was changing my name. My ex, who had been with his new partner for years, didn’t reply. My in-laws wished me well and enquired after my new name. ‘I don’t know yet.’ I was beginning to panic; I couldn’t land on a name I loved. 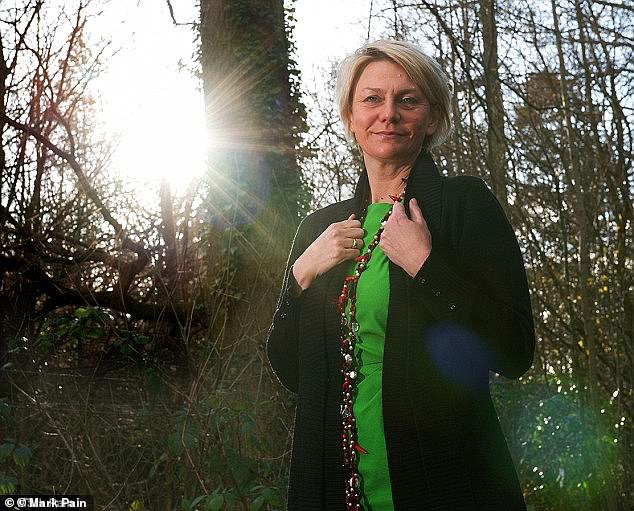 Suzy writes: ‘Over the years, I’d worked with my therapist to feel my emotions as opposed to trying to escape from sadness and grief’

‘Why not call yourself Suzy Skywalker?’ one friend had laughingly suggested. I’m a big fan of Star Wars and have been inspired for years by Joseph Campbell’s ‘hero’s journey’ that George Lucas drew inspiration from. (Campbell studied myths and religions to make sense of humanity’s fascination with stories. He believed that we should all ‘follow our bliss’ but that there was often a symbolic death and rebirth in the stories that resonate with us most.)

I was born on 4 May (May the fourth be with you). My Aunty Christine (my dad’s sister), who had been very kind to me, was a Walker (her married name). It was kind of a family connection. What if I was Suzy Walker – with a silent ‘Sky’, I wondered out loud? ‘I was joking,’ said my friend. ‘I like it!’ I said. Like a bride, I practised my new signature. Suzy Walker? It had a ring to it.

Denise asked me to visualise the name Walker. ‘If it were a picture what would it look like? What do you see?’ It’s dawn and I’m walking along the beach toward the sun, I said. ‘No longer lost at sea,’ she smiled.

At my birthday, many of my friends thought I was joking. ‘Skywalker? Haha.’ But when they realised I was serious, they were all positive. And I’ve never been one to follow convention (‘I wouldn’t expect anything less of Suzy Greaves – er, Walker’). My best friend later sent me a lightsaber. ‘You’ve always been a Jedi to me,’ she wrote. My colleagues have cheered me on. I told my Psychologies boss. ‘Glad to know that you’re walking the talk,’ he said.

What I know is that Suzy Walker isn’t looking for approval or consent from anyone else for this change. It’s about me creating the next chapter of my life – choosing a name that is meaningful to me. I don’t care if anyone thinks it bonkers. I’m not trying to please anyone but myself.

‘But what happens if you want to marry again?’ asked one of my more romantic friends. I’m currently single so a wedding isn’t on the horizon, but I can safely say that if I do remarry I will never take another man’s name. Without thinking, I had followed a patriarchal ownership tradition. For the first act of my life, I ‘belonged’ to my father; by taking the Greaves name, I ‘belonged’ to my husband.

For my third act, I wanted to belong to myself. That’s why I’m delighted to announce the birth of Suzy Walker on 4 May 2018, surrounded by her family of friends.

May the force be with us all.