Can plants really get upset? Bizarre experiment sees students ‘BULLYING’ one flower and praising another – and the difference between the two after 30 days is astonishing (but could it all be a hoax?)

When Prince Charles once admitted that he likes to talk to his plants to help them grow, the comments were met with derision.

However, the green-fingered royal might actually be right if the results of a new experiment are to be believed.

Furniture goliath Ikea asked a group of school children to talk to two plants in very different ways; one nicely and one with a slew of bullying, hateful comments…and the results may leave you wondering if the world’s gone mad. 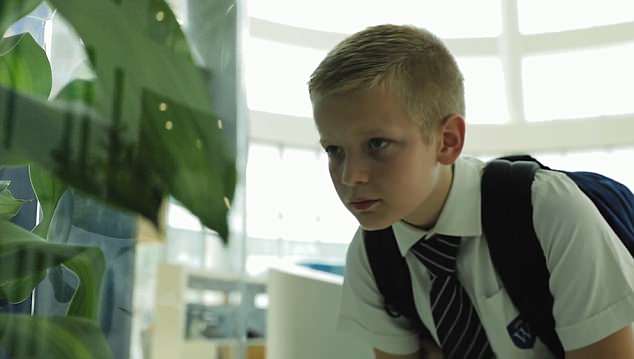 ‘You, you’re nothing more than a little green weed!’ One of the plants in the experiment was subjected to taunts throughout the 30-day experiment

For 30 days, two plants, kept in identical conditions with the same amount of light, water and fertilizer, were displayed at the school in Dubai.

Children were encouraged to record both negative and positive comments including playground taunts.

The verbal bullying and the sweet nothings were then dished out regularly to the plants using a computerised voice.

At the end of the month, the plant that had been on the receiving end of the negativity appeared visibly different, with drooping and dying leaves.

Meanwhile, the plant that had been told nice things had thrived with a YouTube video showing a clear difference between the two flowers.

The project, called Bully a plant, was designed to raise awareness about Anti-Bullying Day (May 4th) in the Middle East.

However, many of those who’ve watched the video slammed the footage as a ‘hoax’.

On YouTube, one wrote: ‘There is no way this is sound science. I want this repeated with more plants. This is a hoax.’ 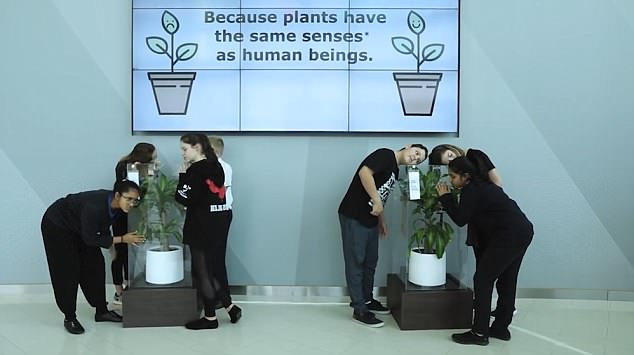 Science talks: The experiment looked into the idea that plants, like humans, could respond better to kind words 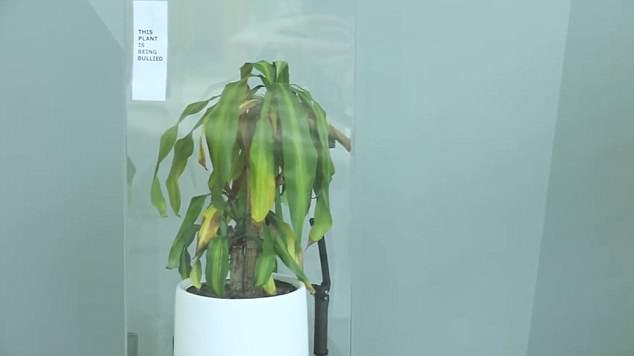 Sticks and stones: By the end of the 30-day trial, the plant that had undergone a torrent of verbal abuse appeared wilted with dying leaves 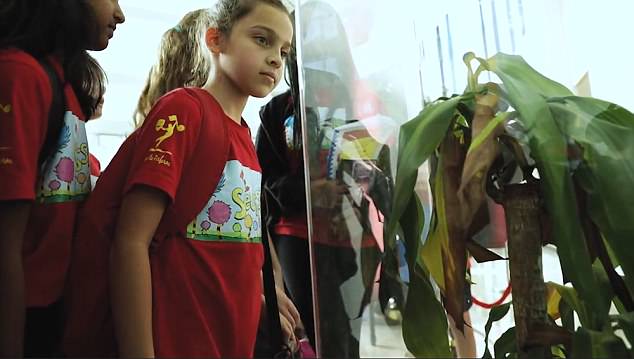 While some are convinced the experiment is true, others have questioned whether Ikea have manufactured the result for marketing purposes

Another added: ‘Scam ad that’s obviously been rigged by the ad agency. This whole “experiment” is based on non-existent science. Kudos for doing something for a good cause but this is entirely fake.’

During a special 25th anniversary edition of BBC1’s Countryfile in 2013, the Prince of Wales admitted that he didn’t just speak to plants, he told them what to do. 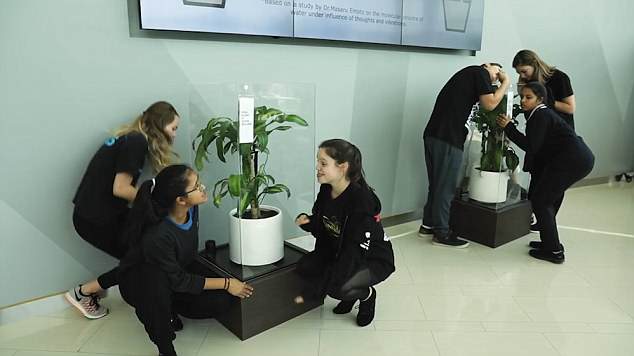 The plants were kept in identical conditions at the school, and were each administered with the same amount of light, water and fertilizer

The heir to the throne, a champion of organic and sustainable farming, told then presenter Julia Bradbury that he stood by his 1986 comments in which he said: ‘I just come and talk to the plants, really – very important to talk to them. They respond.’

When asked if this was something he still did, Charles joked self-deprecatingly: ‘No, now I instruct them instead.’