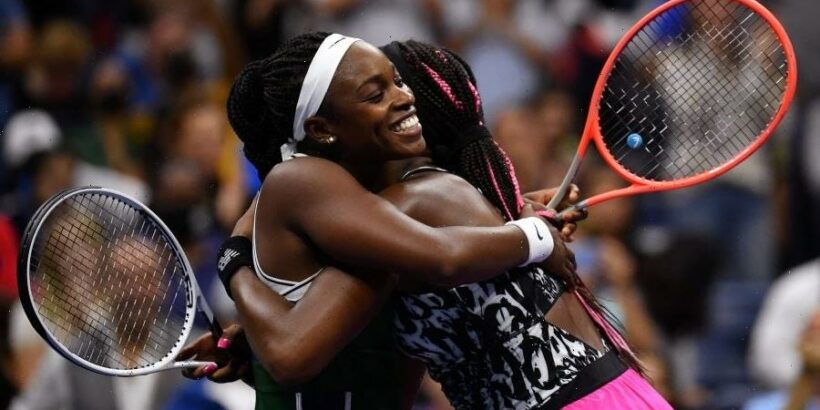 Stephens now advances to the third round. In an interview following the match, the 2017 women’s U.S. Open champion said, “my forehand was key today.”

According to the U.S. Open website, Stephens won 19 of 25 points in which she hit a forehand stroke exceeding 80 mph. She’s also had the highest first-serve percentage of the tournament so far, landing 84 percent of her first serves in play.

Stephens and Gauff are reportedly longtime friends but had not played an official match before now.

Stephens praised the 17-year-old phenom in remarks to the crowd.

“I love Coco. I think everyone knows I love Coco,” she said. “At the end of the match, I said, ‘I love you.’ She’s such a great player. I feel so lucky to have seen her grow up and play from when she was eight years old. I‘ve seen her game really transition and change. I’m really proud of the player she is and the girl she is and the woman she is becoming. I know there’s going to be great things ahead for her.”

Naomi Osaka—the defending champion who recently carried the Olympic torch at the 2020 Tokyo Olympics in her native Japan—has advanced to the third round. She actually did so without playing a scheduled match, after her opponent pulled out reportedly due to illness.

Longtime champions Venus and Serena Williams have both withdrawn from the tournament. On their respective social media platforms, the tennis icons cited injuries as the reason.

The two-week event continues until September 12. The winner will receive $2.5 million dollars.