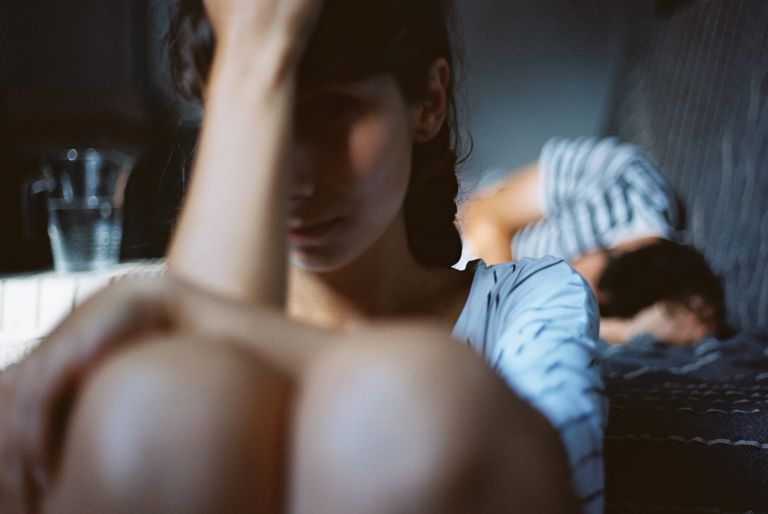 The fall had been tough, between the morning sickness and her boyfriend, Paul*, working out of state.

But Jessica Boynton, 34, was excited for Thanksgiving. She’d finally get to introduce her handsome contractor BF (and the father of her baby) to her entire family at their annual gathering in Zebulon, North Carolina. She knew they’d love him…almost as much as she did.

Theirs had been a whirlwind romance. They’d met on Craigslist, of all places, seven months earlier, in May 2016, after ­Jessica gave up on dating apps. For their first get-together, Paul, 38, took Jessica and her 3-year-old daughter to the movies. Soon he was whisking her off for weekends in Charleston, South Carolina. Their ­chemistry was electric.

Although Paul lived in South Carolina and traveled all over the South for work, the couple started talking about moving in together. By September, Jessica was pregnant; her daughter called Paul “Daddy.”

The day before Thanksgiving, Paul texted that he was stuck at a house remodel three hours away. By noon the next day, he still hadn’t arrived, blaming a burst pipe at his job site. “That house had better be flooded,” ­Jessica replied. “Water needs to be pouring out the windows.” It didn’t escape her that he’d used this excuse once before, when he was scheduled to meet her mom and sisters for the first time. As her family sat down for dinner ­without him, Jessica felt humiliated. “This is it,” she texted. “I’m done.”

Paul showed up the following Monday to try to win her back over lunch. But after that, he went dark, ignoring texts, e-mails, and calls from Jessica and the lawyer she hired to draft a child-support agreement for their unborn baby. Then in late December, on Facebook, Jessica saw a shocking post: Paul had died. His pickup had flipped over on a highway in Georgia, crushing him.

“You can be psychopathic without committing murder.”

Stunned and reeling, Jessica got a Facebook message, “When did you meet Paul?” from a woman claiming to have been his girlfriend. Jessica responded that she had been his girlfriend. As her grief shifted to outrage, Jessica pored over Paul’s online obituary, reaching out to several women who had posted condolences. Within a month, she’d unearthed five more girlfriends—most of whom believed they’d been dating Paul exclusively at the time of his death.

There were at least two engagement rings, promises of custom-built houses, and several pledges to get married at the same outdoor chapel in South Carolina. Jessica was particularly devastated to learn that Paul had spent Thanksgiving in another state, with another girlfriend…and that on the holiday itself, he’d proposed to her in front of her family.

Jessica had no idea that her relationship with Paul followed a pattern—one that’s all too familiar to experts who study psychopathy.

While the term is often applied to serial killers and horror-movie villains, psychopath (and sociopath, which some experts use interchangeably) can accurately describe other nefarious personalities. “You can be psychopathic without committing murder,” says Hedwig Eisenbarth, PhD, an associate professor of psychology at the University of Southampton. “There are all sorts of behaviors that are evil but not illegal.”

Most psychopaths lie easily, act recklessly, and lack empathy. “They get excited by manipulating others and may use different people to fulfill different needs, be those sexual, financial, or something else,” says Anne Brown, a licensed professional counselor in Scottsdale, Arizona, who has worked with psychopaths and their victims.

Research suggests genes play a role in the development of psychopathy, as may childhood trauma or abuse. Studies also show psychopaths’ brains are different in areas that process empathy, morals, and guilt. Like autism, the disorder occurs on a ­spectrum, with some people exhibiting more extreme traits than others. Officially categorized under the broader rubric of antisocial personality disorder, psychopaths comprise an estimated 1 percent of the ­population—that’s around three million Americans. The diagnostic process ­(typically, via a clinical evaluation and a symptoms checklist) remains imperfect, if not controversial. And while it’s impossible to evaluate him officially now, Paul, with his sinister mix of charisma and cruelty, seems to have ticked all the boxes.

“When you lie, you feel shame, guilt, maybe even fear, so your body and face give off small signals. But with psychopaths, there’s no shame.”

At the beginning, he went all in, showering each new conquest with affection and promises. When he met Rebecca*, then a 33-year-old accountant in Georgia, also on Craigslist, in January 2016, she says she was “instantly smitten. The first night we hung out, we talked about last names. I said something about how I hated mine. He said, ‘Maybe I can change that for you.’”

Rebecca rationalized his crazy work schedule; he was a successful contractor, after all. Pipes bursting, cabinets in need of urgent painting—it was all understandable.

And their sexual chemistry was intense too. (He said he’d been tested for STIs, and she was on birth control, so she didn’t insist on condoms. “After talking to the other women,” she says, “it seems like he was having sex almost every night.”)

In December 2016, Paul agreed to move down to Georgia to be closer to Rebecca. Not long after, they went out to a Mexican restaurant. Later, in the parking lot, they kissed before hopping into their cars, Paul saying he’d follow her home. As she drove through the rain, Rebecca saw headlights veer off the road in her rearview mirror. By the time she looped back around, an ambulance had arrived, and Paul was dead. She later learned that while driving, he’d been on the phone with another girlfriend.

For most people, deceiving multiple partners across at least three state lines might trigger stress, remorse, or at the very least, exhaustion.

Not so for psychopaths, says psychologist Jill Ricke, PhD, a board member of Aftermath, a group devoted to helping victims of psychopaths. “They tend to like the challenge.” “Psychopaths lack the internal process most people experience after lying,” adds Brown. “When you lie, you feel shame, guilt, maybe even fear, so your body and face give off small signals. But with psychopaths, there’s no shame. Very often, there’s little to no fear. The signals that might warn people away often don’t exist.”

And while they tend to seek out vulnerable victims—when Jessica met Paul, she was emotionally drained after a tough custody battle with her ex—they can ensnare anyone. They are known to “mirror” their partners, intuiting exactly what certain people want and delivering it. Paul knew that Jessica craved adventure after years at home with a young child, so he lavished her with trips. With Rebecca, who sometimes worked 12-hour days, he was happy to hang at home and watch TV. Craigslist was his perfect accomplice. Unlike on other sites, he didn’t have to share anything about himself before learning what each woman was looking for and adjusting his personality accordingly.

“These relationships have an addictive quality. The partner is waiting for [who] they first met.”

The manipulation was so powerful that when Paul eventually became aloof—typically after he hooked a new love-interest—his girlfriends continued to make excuses for him. Once, when Jessica tried to confront him about not responding to her calls and texts, she got off the phone convinced it was all somehow her fault. “Over time, the psychopath’s real self emerges,” explains Ricke. “But these relationships have an addictive quality. The partner is waiting for the person they first met to come back.”

That addiction can transcend even dark territory. When Jeanette*, then 41, of South Carolina, met Paul in 2013, she also fell hard. But Paul soon began to -vacillate between intense expressions of affection and violent, jealous outbursts. Once, he nearly drove them both off a bridge in a fit of rage, only swerving to safety at the last second. Jeanette says he repeatedly abused her physically and sexually, until finally, a year after they’d met, she left him. In September 2016, though, he began texting her again, showering her with love, apologizing profusely, and claiming to have been to therapy. Jeanette found herself swept up once more and dated Paul until his death in December. “Psychopaths will chip away at your self-confidence and sense of reality,” says Brown. “A lot of times, these women stop trusting themselves. ‘It’s as if he embedded himself in my psyche’ is how the experience of dating one has been described.”

One of the most difficult questions Paul’s girlfriends now wrestle with is, Was everything a lie?

While the answer may never be known, Eisenbarth does say this: Real love is impossible for psychopaths. “A person with psychopathic traits is not going to be able to experience deeply caring about someone else,” she explains. (Jessica, who went down a psychiatric research rabbit hole after Paul’s death, now believes he never loved her. Rebecca believes he did love her in his own way but that he was mentally ill.)

In the shared wreckage, strange friendships have blossomed. A number of the women who dated Paul still keep in touch and share life updates. Right after Paul’s death, Rebecca briefly turned to Valium and Xanax but also coped by helping one of Paul’s fiancées recover. These sorts of connections are crucial, since victims are often silenced by their own shame at being duped, says Ricke. Some even show signs of diagnosable post-traumatic stress syndrome.

“It’s still hard to believe I fell for it,” says Jessica, now 35, who is sharing her experience in hopes of warning others about men like Paul. “I’ve learned that it’s okay to question things that don’t seem right and that as hard as it is to walk away, you have to.”

On Father’s Day 2017, she gave birth to her and Paul’s son. Soon after, she started cautiously dating again. When she met John online, Jessica kept him away from her kids for months, until she trusted he’d stick around. When she invited him to Thanksgiving with her family last year, he not only showed up, he also brought a ring. They’re getting married, says Jessica, but she’s not in any rush.

For more relationship stories, pick up the May 2018 issue on newsstands now, or click here to subscribe to the digital edition.