Brad Pitt on acting career: ‘I consider myself on my last leg’

Brad Pitt is letting it all hang out.

The actor attended a Berlin screening of his forthcoming film “Bullet Train” on Tuesday in a casual choice of getup.

Pitt, 58, sported a flowing brown skirt with a matching jacket and mauve linen button-up shirt. He paired the look with combat boots, exposing his shins — and a few rarely seen tattoos.

The star has plenty of ink but doesn’t often show it off, especially on the red carpet.

One design appears to be a rhinoceros face and the other a human skull, though the meaning behind the two tats in unclear.

Among the tattoos on Pitt’s arms are the phrase “absurdities de l’ existence” (French for “life is absurd”), his children’s initials, an outline of Ötzi the Iceman and a Rumi quote (“There exists a field, beyond all notions of right and wrong, I will meet you there”). 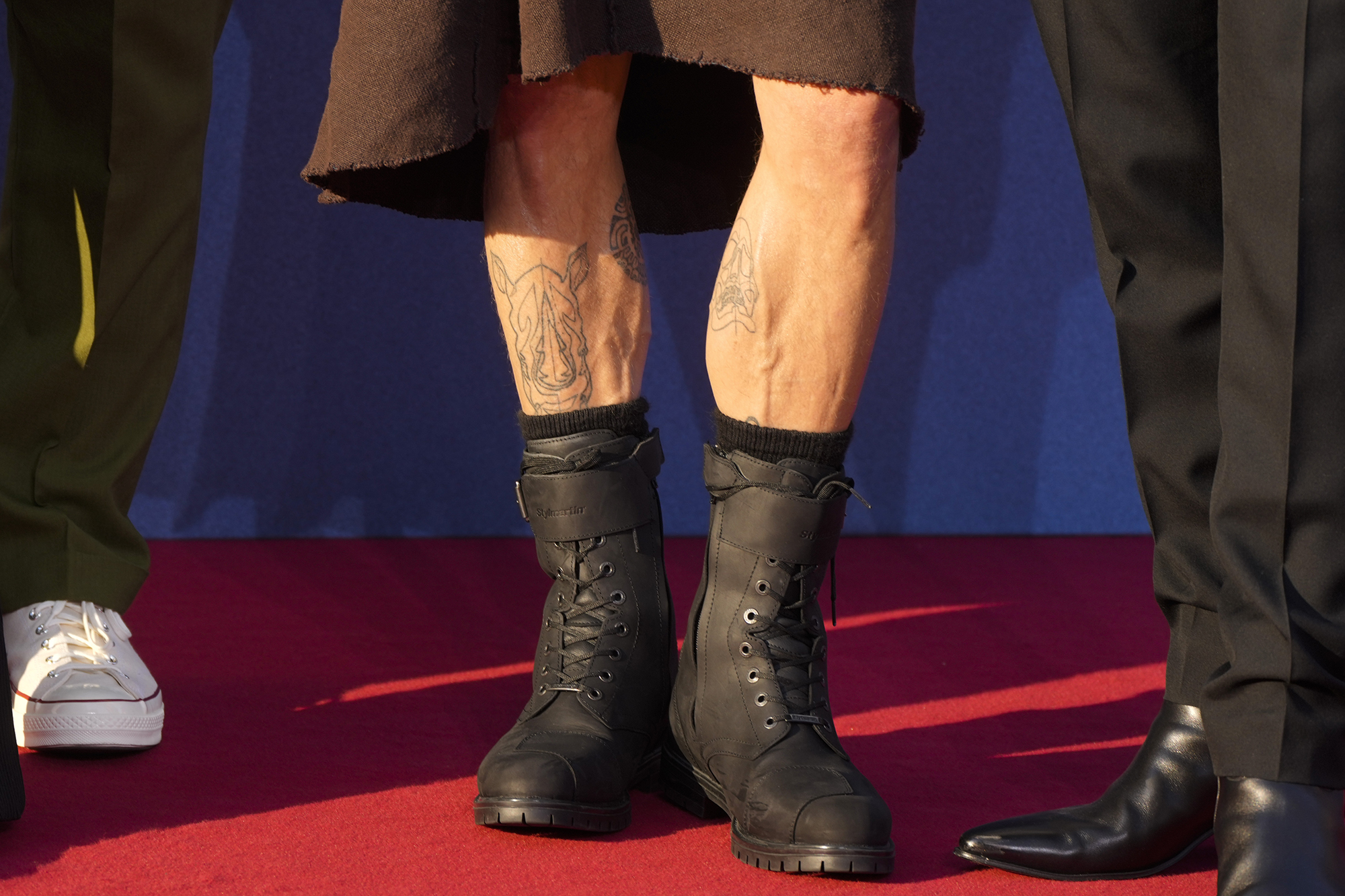 He also has quite a few dedicated to ex-wife Angelina Jolie, including a matching Sanskrit design in tribute to their son Maddox, a scribble on his back penned by the actress and her birthdate in Cambodia’s Khmer language on his lower stomach.

Though Pitt and Jolie have both gotten inked numerous times, the actor has previously said he wouldn’t want his kids to follow in their footsteps.

“They’re already asking me about tattoos,” Jolie said in an interview in 2014, revealing that Maddox had already asked for a tattoo and Zahara was curious at the time.

“How do I say ‘No’? It’s especially hard for dads and girls,” she said. “For some reason, men get a little more sensitive when the daughter gets a tattoo.” 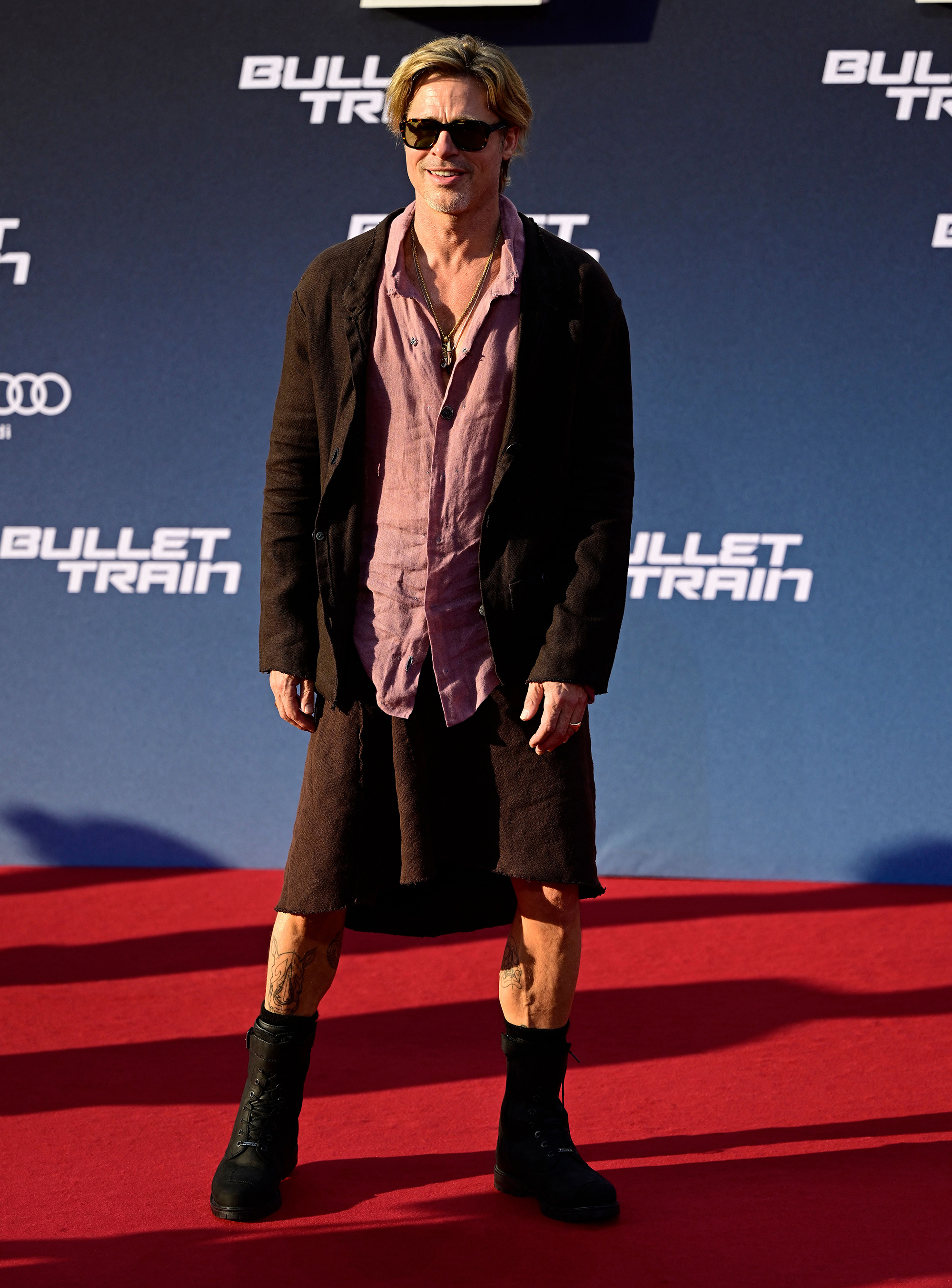 “Bullet Train” follow five assassins — including Pitt — aboard a train, all of whom are assigned different (but connected) missions. It also stars Sandra Bullock, Joey King, Zazie Beetz and Bad Bunny.