Da Brat is just trying to live her ‘best life’ with Judy but their home isn’t ready yet. In this EXCLUSIVE preview of ‘Brat Loves Judy,’ the rapper fights with the contractor.

The work on Da Brat and Judy’s house is still being done, and the couple is not happy about it. In this EXCLUSIVE preview of the Brat Loves Judy premiere, the contractor tells Brat and Jesseca “Judy” Dupart that he needs 10 more days. “When we hired these contractors, they gave us a time frame of about 4 months or so to kind of get this whole project completed,” Brat’s fiancee says.

Needless to say, it’s taken a lot longer than the original plan. “Now we’re going in over 6 months. We’re just not understanding why is it that it’s taking so long?” Judy asks. 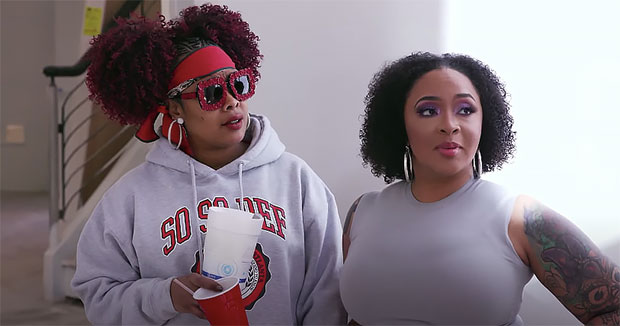 Da Brat is losing her patience with the contractor. “I’m just trying to live my best life with my baby. I don’t like this feeling at all. I need to know what is going on,” she says.

The contractor wants Brat and Judy to leave the house while they finish the work. Brat doesn’t want to do that. She likes being in the house and seeing the progress. Brat and the contractor argue, and Brat knows she’s going to lose her cool soon. “We want to live in our home. It shouldn’t take a year. We weren’t promised a year,” Brat says.

Da Brat adds, “At this point, we’re frustrated. My anger is still not at its best. Stuff can get built up inside so bad that you don’t know when you going to explode, and the slightest thing can push that button. It happened to me and I ended up in prison.” 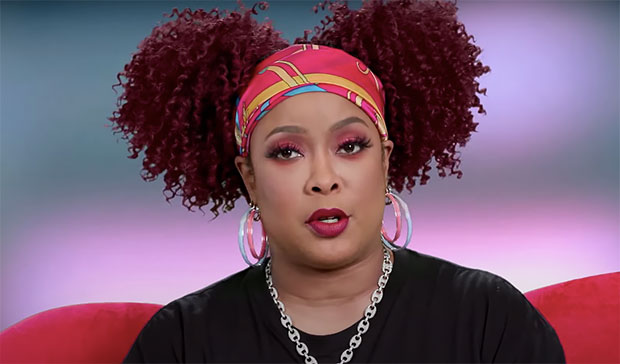 The synopsis for the new show reads, “In order to pull off her secret proposal plan, Judy enlists the help of those closest to her and Brat. But when Brat gets suspicious about all the sneaking around, things spiral out of control as Judy tries to keep her plan under wraps.” Brat Loves Judy will air Thursdays at 9 p.m. on WE tv.