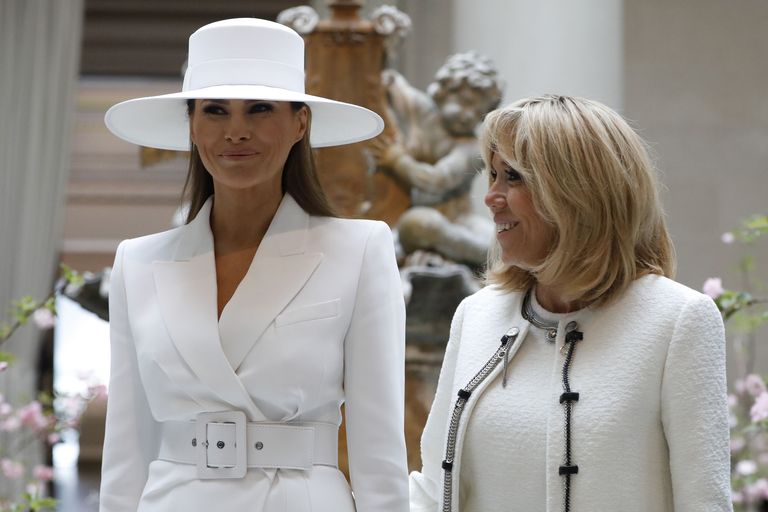 Living in the White House might seem glamorous, but it turns out life at 1600 Pennsylvania Avenue is pretty much a buzzkill. French First Lady Brigitte Macron learned that much when she met Melania Trump during their recent state visit to Washington.

She told Le Monde, as translated by The Guardian, that she learned that Melania’s life is very restricted, and that may explain why she comes across as emotionless in public. The first lady “cannot do anything,” Macron said, likely noting security concerns. “She can’t even open a window at the White House. She can’t go outside. She’s much more constrained than I am. I go out every day in Paris.”

Macron also added that Melania often has to restrict what she says and how she appears because of the close scrutiny of the media, but in private is “kind, charming, intelligent, and very open,” and “actually really fun,” sharing the same sense of humor. (And they probably got along swimmingly, especially since Melania speaks fluent French.)

“Everything is interpreted, over-interpreted. She’s someone who has a strong personality, but works hard to hide it,” she said. “She laughs very easily, at everything, but shows it less than I do.”

But Melania’s French counterpart can empathize with the media twisting her words. “[I have to] be careful what I say. I have the impression that every word is a word too many, I’m constantly holding myself back,” she said. “That’s the hardest part: there’s never really any time off, never a moment when you can be completely calm.”