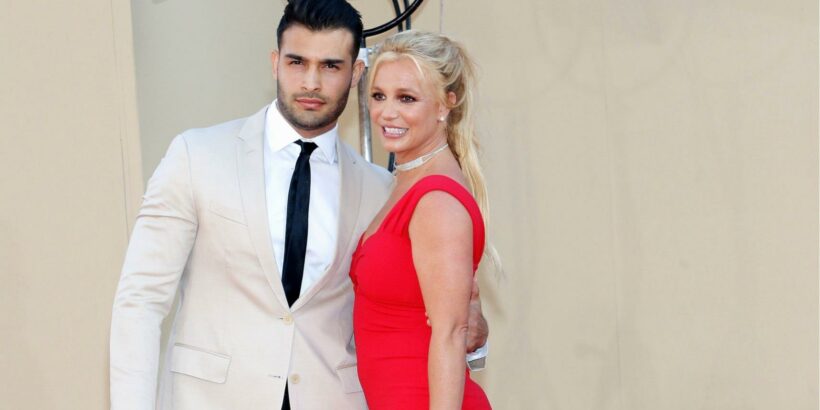 Britney Spears’ boyfriend, Sam Asghari, had his eye on diamonds at a Cartier store in Beverly Hills.

There may be an engagement in Britney Spears’ future if her boyfriend’s recent shopping habits are any indication. Earlier this week, Sam Asghari was spotted looking at diamonds while shopping at Cartier.

It remains unclear if Sam was shopping for an engagement ring, but Britney has made it very clear she’d like to get married again.

RELATED: Supermodel Kendall Jenner Takes On A New Career Challenge As The Creative Director Of FWRD

In June, the pop star made headlines for a scathing testimony she gave at a hearing over her conservatorship. Speaking to the courtroom on the phone, Britney detailed how the conservatorship has been controlling her life for over a decade and called for it to end.

Specifically, Britney claimed that the conservatorship was preventing her from getting married and having more children. “I was told right now in the conservatorship, I’m not able to get married or have a baby,” she said, Entertainment Tonight reports.

Even more, the former Disney star said that her team is also restricting her from removing her intrauterine device, despite expressing a desire to have children with her current boyfriend.

“I wanted to take the IUD out, so I can start trying to have a baby,” Britney continued. “But this so-called team won’t let me go to the doctor to take it out, because they don’t want me to have children, any more children.”

Rumors suggest that Britney has been trying to push back against the conservatorship for years, and she wanted her testimony to be publicized in order to make her experience known.

Prior to Britney’s testimony, Sam told Forbes in March that, “take my relationship to the next step.” The 27-year old added that he’d love to have children in the future, saying he’s always seen himself as being a ‘young dad.’ Until then, Sam explained he’ll be focusing on his career in entertainment, as he wants to transition into acting.

While it remains to be seen if and when Sam will pop the question to Britney, sources remain adamant that the couple hopes to move forward in their relationship. Speaking to PEOPLE Magazine, an insider said that Sam is “ready for married and kids with Britney.”

The source added that both Sam and Britney hoped they’ll have the opportunity to do so in the near future now that more attention than ever is being given to the conditions of her conservatorship.

Britney and Sam have been together for over four years. They originally met in 2016 on the set of her music video for Slumber Party.

Continuing in his interview with Forbes, Sam noted that Britney personally picked him out after seeing his other work. He was hesitant to agree to work on her project, as he wanted to distance himself from music videos, but Sam admits he’s ultimately happy he took the leap.

While Sam doesn’t have any children, Britney shares two sons, Sean, 15, and Jayden, 14, with her ex-husband Kevin Federline. The couple was married from 2004 to 2007.