Britney Spears is gearing up for a key hearing on Friday, November 12, that may end her 13-year-long conservatorship. In advance of the big day, the 39-year-old singer and her fiancé Sam Asghari took to Instagram to show off their new “#FREEBRITNEY” apparel.

The 27-year-old trainer shared a video of the duo dancing around the house in matching shirts emblazoned with both the popularized hashtag as well as the phrase, “It’s a human rights movement.” He captioned the Thursday, November 11, post, which was played to the soundtrack of Britney’s “Work Bitch” single, “Loading…” 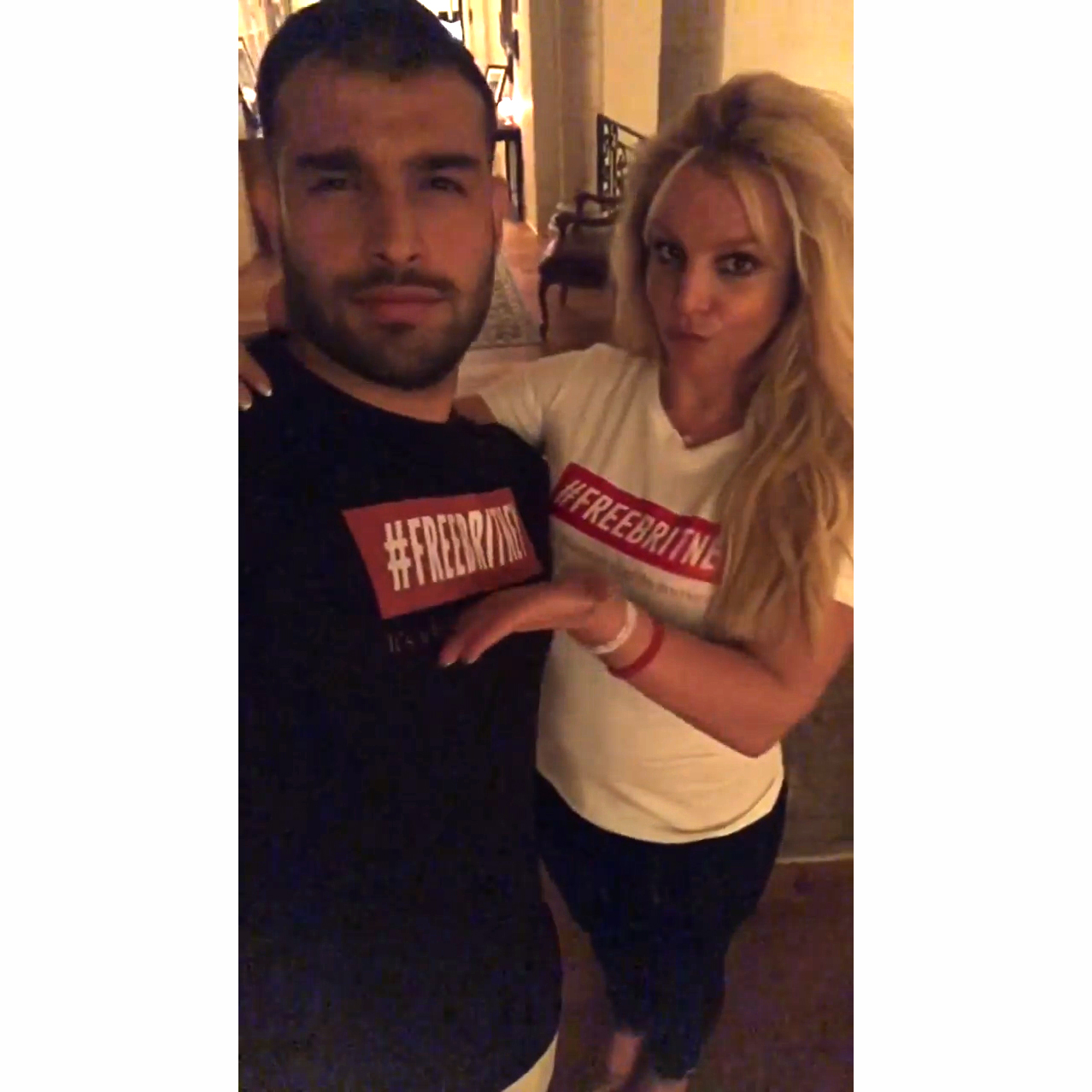 Asghari even got the whole family in on the action, dressing the couple’s new dog, a Doberman puppy named Porscha, in a matching T-shirt.

Fans and supporters of the star quickly took to the comments section of the post to share their hopes that today’s hearing will mark the end of Britney’s conservatorship, which was first put in place in 2008.

“My heart is with you tomorrow,” a user wrote, while another added: “So happy to see you happy and ready for your freedom.” Someone else chimed in: “FREE OUR QUEEN NOW!”

This most recent hearing follows a November report filed by Jamie Spears, Britney’s father, that called for the “immediate” termination of the conservatorship.

“Jamie unconditionally loves and supports his daughter,” he wrote in documents obtained by Us Weekly. “Full stop. As he has done for her entire life, Jamie will do everything he can to protect and care for her. For the last 13 years, that included serving as her Conservator. Now, it means ending her Conservatorship. So it is said in no uncertain terms, Jamie believes that the Conservatorship should end, immediately.”

Two months prior, Britney urged the judge to end her father’s involvement in her conservatorship arrangement so that she could work on setting up a prenup with Asghari. (Jamie first filed court documents to leave his daughter’s conservatorship team in August.)

The couple announced their engagement via Instagram in September and are already gearing up to walk down the aisle. In fact, a source told Us in September that “wedding planning” has been a “fun escape” from the “court drama.”

Spears even has her dress design underway, sharing via Instagram that Donatella Versace is going to be creating her gown.