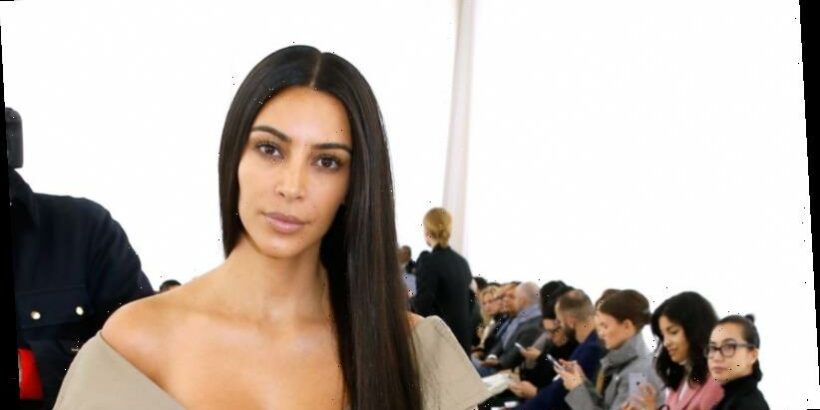 Only days after the broadcast of a documentary which peeled open the complex “conservatorship” which controls the fate and fortune of Britney Spears, lawyers representing the 39-year-old pop star were back in court. But a Los Angeles judge has now overruled Britney’s father’s objection to the appointment of the Bessemer Trust as a co-conservator of his daughter’s estate. 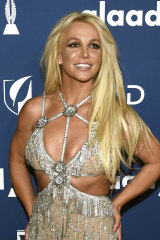 Bessemer Trust – a New York family money management company which oversees around $US140 billion for approximately 2500 families – was named as a co-conservator back in November. The saga is in the courts because Spears has asked that her father Jamie Spears, who took control of her finances in 2008, be jettisoned from the arrangement.

A brief history: in 2008 Spears was hospitalised after what appeared to be a drug-related breakdown. In the wake of that, custody of her children was given to their father Kevin Federline, and her business affairs were placed under the “conservatorship” of her dad Jamie. But Jamie’s lingering control of Britney’s bank accounts has given birth to the #FreeBritney movement.

Britney’s attorney Samuel Ingham said the court’s intention with the co-conservatorship was to create “an equal division of responsibility … for the benefit of my client. It’s no secret that my client does not want her father as co-conservator, but we recognise that removal is a separate issue.” 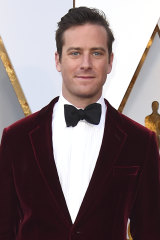 The documentary, Framing Britney Spears, was produced by The New York Times for the FX network and the Hulu streaming platform. The documentary’s distributor, Red Arrow, has not yet announced an Australian broadcast deal.

In 2017, the airing of sexual assault allegations against Hollywood producer Harvey Weinstein was one of several catalysts in the #MeToo movement, an avalanche of courageous women (and men) speaking up against abuses of power in American entertainment, politics and business.

Just three years later and the last week has seen Hollywood’s agencies go through another round of cleaning house. It isn’t quite #MeToo II: The Sequel, but it has been a bruising experience for director Joss Whedon, actor Armie Hammer and actress Gina Carano among others.

Hammer is dealing with accusations of abuse from former girlfriends and lurid headlines involving conversations about extreme sexual behaviour and cannibalism. He’s lost a couple of gigs as a result and has been ditched by his agent. Shia Beouf, meanwhile, has been accused of sexual battery by an ex-girlfriend and has checked himself into full-time rehab. 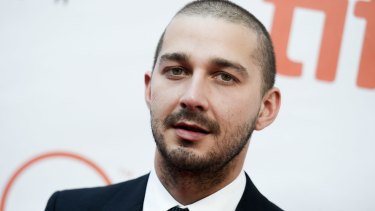 Marilyn Manson is also fielding a raft of accusations, including a claim from former fiancée Evan Rachel Wood that he groomed her as a teenager. Manson’s agency and record label have both let him go. And The Mandalorian star Gina Carano, already navigating fallout for her anti-trans tweets, likened the criticism of different viewpoints to the Holocaust. Her agency UTA dropped her, and Lucasfilm, which makes The Mandalorian, confirmed she would not return to the series.

Then to finish the week, Buffy star Charisma Carpenter spoke out about the way Joss Whedon treated her and other actors on the set of the now-legendary 90s show. The show’s star Sarah Michelle Gellar released a statement saying she did not wish “to be forever associated with the name Joss Whedon. I stand with all survivors of abuse and am proud of them for speaking out.” 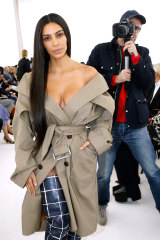 Happily ever after in the wild, wild West?

There are more social distancing rules in California than in almost any jurisdiction in the world. But the widening chasm between the town’s first citizen Kim Kardashian and her husband rapper-turned-cobbler Kanye West seems a little severe, even by local standards.

Celebrity marriages and divorce speculation in the US are as inextricable as Australian political parties and leadership spills. It seems you cannot have one without the other. But while most couples (and political parties) try to keep a lid on such speculation, it is also possible the Kardashian-Wests are divorcing in plain sight.

Cracking open this mystery are those erstwhile Nancy Drews manning the investigative journalism wing of Cosmopolitan magazine. Thanks to their eagle-eyed examination of the squillion-square-foot Kardashian-West palatial pile in the remote and exclusive LA neighbourhood of Calabasas some curious details have been turned up.

Case in point: the in-house showroom for Kardashian’s new line of “smooth and seamless shapewear solutions” Skims. The room seems innocent enough on first examination. But compare and contrast West’s interview with David Letterman back in 2019 when he was showing off his own line, Yeezy. (Available in sand, almond, caramel, buff and nude.) 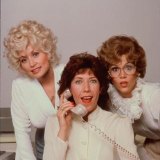 The niggling little detail? It’s the same room. Which means West’s designer duds have now vacated the premises, and US media outlets are reporting that Kardashian is preparing to move on with her life, her own line of wheat-coloured clothing, and her kids North, 7, Saint, 5, Chicago, 3, and Psalm, 21 months.

Dolly, Lily and Jane back in the frame

It will be a reunion more than 40 years in the making … but it looks as though Dolly Parton will finally step back into the frame with her 9 to 5 co-stars Lily Tomlin and Jane Fonda. The trio starred in what might be the greatest workplace comedy of all time, back in 1980, about three secretaries who get revenge on their abusive boss.

Since then Tomlin and Fonda have moved into their own show, Grace and Frankie, and there have been murmurs of a guest appearance that would reunite one-time secretaries Violet, Judy and Doralee. “We’ve been trying to write me in somehow so when it’s safe for us, when they’re back, I’ll probably get around to doing that,” Parton has said.

Tomlin has already spoken a number of times publicly, encouraging Parton to join them on the Netflix comedy. “We’re always hoping that will happen,” she said recently. “We have a great role for her this time, I think she will do it. I’m just hoping she will.”