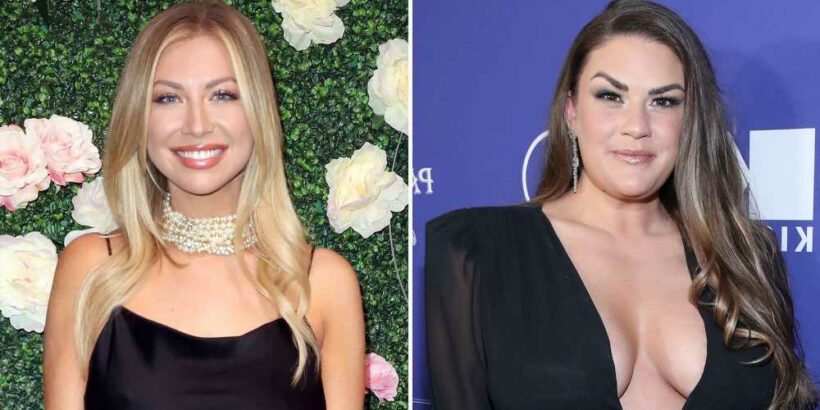 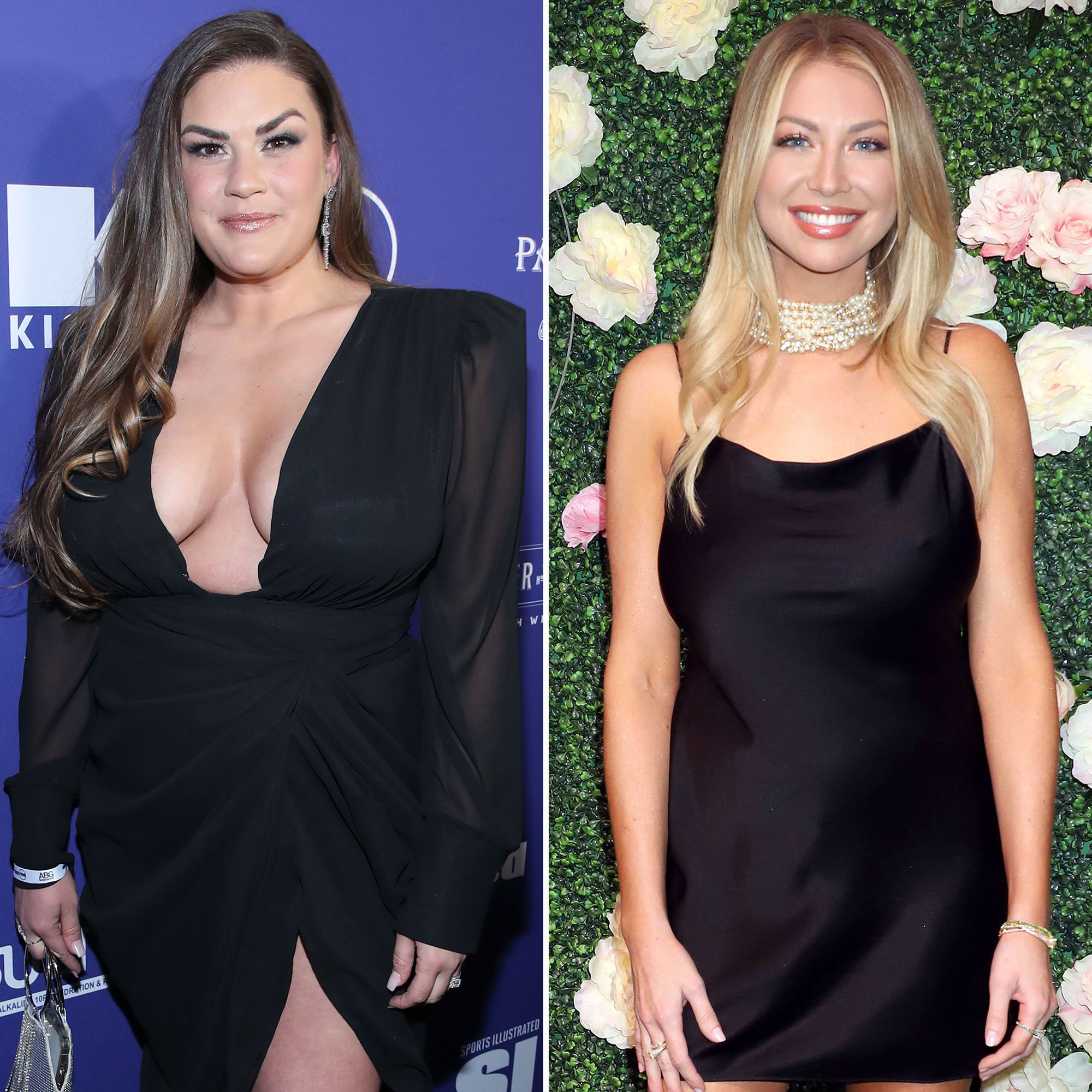 The drama doesn’t stop just because the reality TV cameras do. Brittany Cartwright and Jax Taylor were noticeably missing from Stassi Schroeder and Beau Clark‘s Italy wedding — and the fallout from skipping the event has left a mark on the couple’s friendships.

“There’s some riffs going on right now. … With me and Stassi, there’s some things going on, which I hate. I love her to pieces. And I wish we could figure this out,” Cartwright, 33, said on the Monday, June 13, episode of the “Betches Moms” podcast, noting she’s still close to Scheana Shay and Lala Kent.

Schroeder, 33, and Clark, 42, exchanged vows in Rome on May 12. While they scaled back their guest list — citing financial reasons — Cartwright and Taylor, 42, were invited. The Off With My Head author shaded her former costars — without naming names — on her “The Good, the Bad, and the Baby” podcast after the nuptials.

“They are RSVP’d ‘yes.’ [And] whenever we were around them, they’re like, ‘We’re coming.’ Then it kept happening,” Schroeder said after Clark claimed he got text screenshots from other attendees in which Taylor said he had no plans to attend the ceremony. “And two weeks before the wedding, I was like, ‘We need to address this with them because I’m not playing this game.’ I ordered all the stuff we needed to have in terms of seat assignments and the place cards. So I need to know if I need to quickly ask to get things rearranged.”

Schroeder declared: “Good friends don’t do that. They don’t talk s–t about your wedding behind your back or pretend that they’re coming and give a list of reasons why they’re not coming to other people. Friends don’t do that to each other.”

During her podcast appearance on Monday, meanwhile, Cartwright insisted that she “wanted to be there.”

“I would never in a million years do something like that on purpose,” the Kentucky native said. “We had actual reasons why we couldn’t go that were not talked about. Like Cruz’s passport didn’t come in, my mom had a death in the family and had to go home. I mean, there was actual things that happened right before the wedding that we actually couldn’t make it to the wedding for those reasons. But I know, like, having to wait to the last minute and not being able to be there for someone who I really do think of as one of my best friends, like, I feel terrible about and I’m truly sorry. And I hope that one day, we’ll be able to talk about this and figure it all out. Because I do want our kids to grow up together.”

“I do love them. And I do want the best for them. She looked amazing at her wedding. I mean, they looked absolutely incredible,” Cartwright continued. “And I know it would have been so fun to be there. And there’s a lot more to it than what people know — or that I’m gonna even say — but at the end of the day, I just hope that they know, like, I did not wait to the last minute because I knew I was going to not be there for weeks. That was not the case. It was that I was literally trying to be there, up until the very last minute. So there was a lot of things that were going on. And I don’t know, I just felt terrible about it altogether because that’s just not my personality, I would never try to put my friend in that situation. And I don’t know, I just hope that one day we can talk about it, figure it out and get past it over time. I’m just gonna give her time.”

The Jax and Brittany Take Kentucky star added that it’s “hard” that they haven’t talked to “hear each other’s sides.” She also seemingly threw shade at Schroeder for allowing “one side” to be out there.

“I would’ve never even talked about it and at, like, at all,” Cartwright said. “It’s just, it makes me sad. I’m trying not to cry. I really, really, really did want to be there and I tried everything in my power.”

While Taylor has yet to publicly comment on the drama, he and Schroeder have appeared to unfollow each other on Instagram.