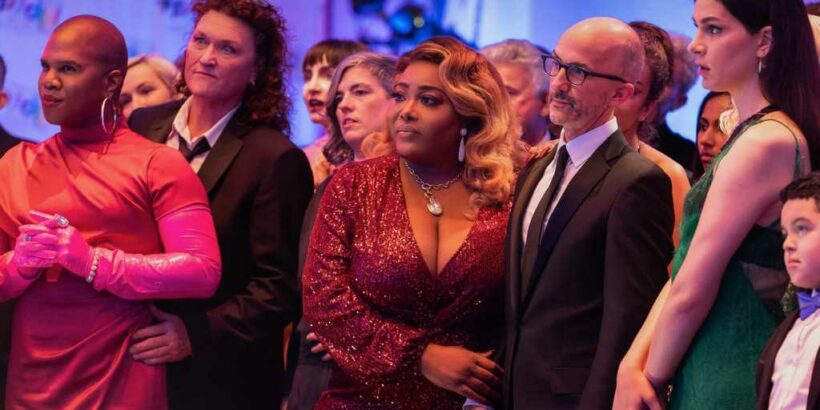 The queer cast opens up about the "mental gymnastics" to feel represented in the past — as they hopefully become the inspiration they didn't have.

Most of us grew up on romcoms like “When Harry Met Sally,” “Notting Hill,” “You’ve Got Mail” and “My Best Friend’s Wedding” and while it’s no knock on Meg Ryan or Julia Roberts, all of those films centered on straight — and mostly white — couples.

With “Bros,” co-writer and star Billy Eichner is hoping to shake up the formula by putting a gay couple in the forefront and surrounding them with a supporting cast made almost entirely of LGBTQ+ personalities. With a big studio — Universal — behind a huge promotional push and a wide theatrical release, the movie aims to expand what queer representation can look like in a tired and true genre, on the heels of releases like “Fire Island” and “Happiest Season.”

But for the film’s stars, that visibility is not what they all grew up on. Instead, the cast members TooFab spoke with — made up of actors from the transgender, gay and lesbian communities — were left with queer crumbs, or tried to identify with cisgender, straight romances. 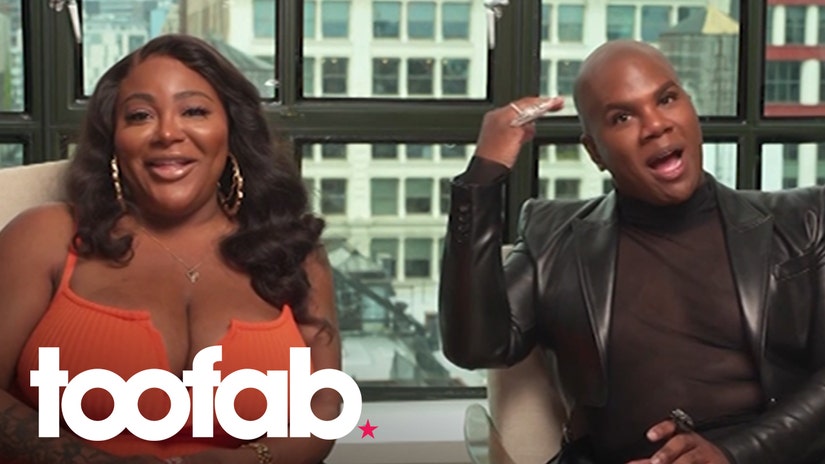 “I feel like I did a lot of mental gymnastics growing up, so I was like, ‘Oh, if I squint then this character reminds me of myself’ and if I add on or take away a few things, then this character feels a lot like me,” Eve Lindley, who is trans, explained. For her, she loved the character of Fern Mayo in “Jawbreaker,” relating to how the character “felt invisible” but became “queen of the school” after a makeover.

“For me, no, I have to say that I didn’t see myself,” added Ts Madison, who is also trans. “There’s only a small fraction of myself that I saw in ‘The Crying Game’ with the character Dil. Like, I said, ‘Oh, okay, there she go, there you go Ms. Madison, there she is right there. Well, there’s some of you.'”

For Miss Lawrence, he saw a glimpse of himself in Gene Anthony Ray’s character from the TV series “Fame,” due in part to his own love of the arts. But outside of Leroy, he had nobody to relate to.

“All I saw was comical references played by straight people that made a joke of who we were. To later understand that we have always just been a joke to so many people and so much of society, it became heartbreaking,” he continued. “Now, to see us taking our rightful place in film and television, where we’re actually getting our stories told by us, for us, it’s a full circle moment and it is a true testament that delay is not denial.” 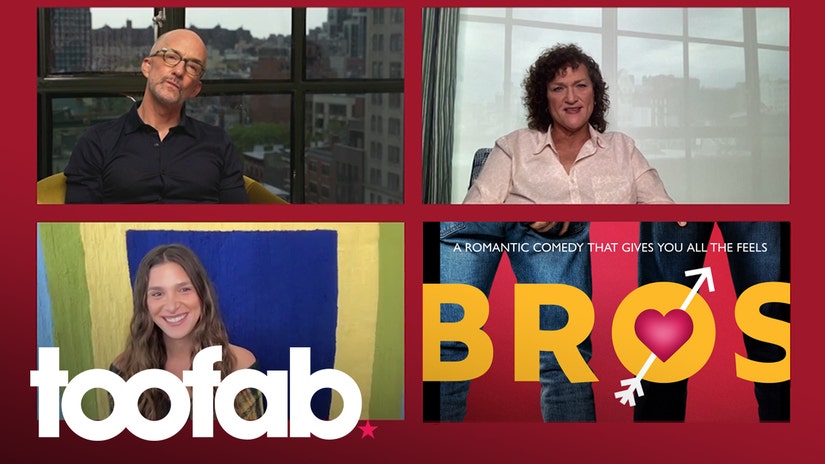 Madison added that, thanks to projects like this one, “when people will reflect back and ask ‘Who is some of your queer icons?'” going forward, “they will list Miss Lawrence, they will list Ts Madison, they’ll list Billy Eichner, they’ll list us as … it’s one of those feelings, you really can’t grasp it.”

For both Jim Rash and Dot Marie-Jones, it wasn’t pop culture from which they drew inspiration to live their truths, but others in Hollywood they met along their journeys.

Jones said the two women who inspired her to be her authentic self were Amanda Bearse — with whom she worked on “Married with Children” — and Sandra Bernhard, who she met while working a competition series, “Knights and Warriors,” which filmed across from the set of “Roseanne.”

“[Bernhard’s] one of my first friends and I just loved being around her because she didn’t care where we were or who we were around, she was herself and if you didn’t like it, too bad. That’s one thing I admire about her is she is who she is and I love that,” said Jones. “I swore that I would do my best to be myself and my authentic self and that all you gotta please is yourself at the end of the day. But the hard thing too is dealing with a rejection, but if someone’s rejecting you, that’s not someone I needed to be around.”

Rash, meanwhile, turned to his cohorts at The Groundlings.

“For me, that question brings up a slightly different journey. The younger part of myself wasn’t prepared for what I was feeling when I would see certain things. In the context of my timeline, I came out later, but it’s now been well over 10 years,” he explained. “I was in a theater company, The Groundlings, and I was surrounded by close, close friends who were very much living their truth and out and I really looked to them … it was through art that I was really seeing a freedom I wasn’t living yet, a truth that I wasn’t embracing myself.” 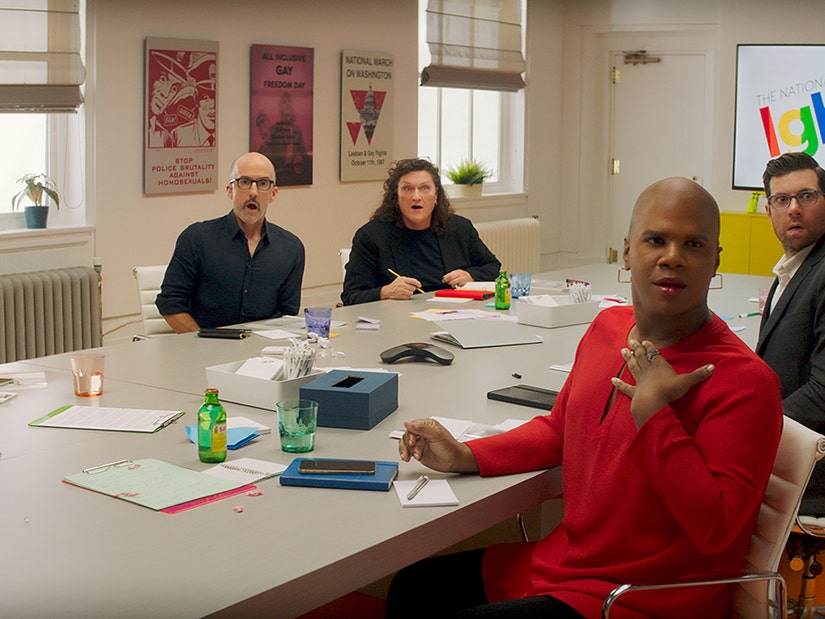 In the movie, the group plays the board at an LGBTQ+ history museum who sometimes bicker over how their communities will be represented in the space. They each represent a different facet of the rainbow and were able to bring some of their own real life experience — or “flavor” — to the finished product.

“Our presence being there, it says a lot,” added Lawrence. “Not only about where society at large is going, but it says a lot about where the LGBT community is going. For a long time, we have still been very bifurcated. You have your white gay community, you have your Black gay community. Hopefully, this will aid in somewhat bridging that gap because this movie has every hue, every type of LGBT person in it and I think that’s necessary because what that does is allow us to make sure we take care of home first, while we’re inviting the world into our home.”

Jones said it was like there were “six sounding boards” whenever they filmed together, saying everyone in the room was “so hilarious” they all “fed off each other” and wanted to hear more. Rash also credited the script from Eichner and director Nick Stoller, saying improv only works “when the script is super, super solid and the characters know who they are.” He added, “So, to Billy and NIck’s accolades, they brought us to a table that was well set for us to play and that — so often, improv can go off the rails if you don’t have that foundation.”

The whole crew is hoping to join the romcom hall of fame with “Bros” — but before we let them go, we had to ask, what were some of their favorite romantic comedies before starring in one themselves?

For Jones, it was “Overboard,” while Miss Lawrence went with “Bridesmaids” and Rash went with “My Best Friend’s Wedding.”

“Most definitely my go-to is ‘Pretty Woman’ because that is definitely my story, honey,” said Madison, a former sex worker. “I have always had a John to come pick me up in my limousine … I just don’t have a vajayjay!”

“For me, it’s always Pretty Woman,” added Lindley. “I just can’t get enough. Another film where there are the two leads who are amazing, but then everyone who they put around them is just expertly cast.”

The same can be said for “Bros,” which opens in theaters on September 30. 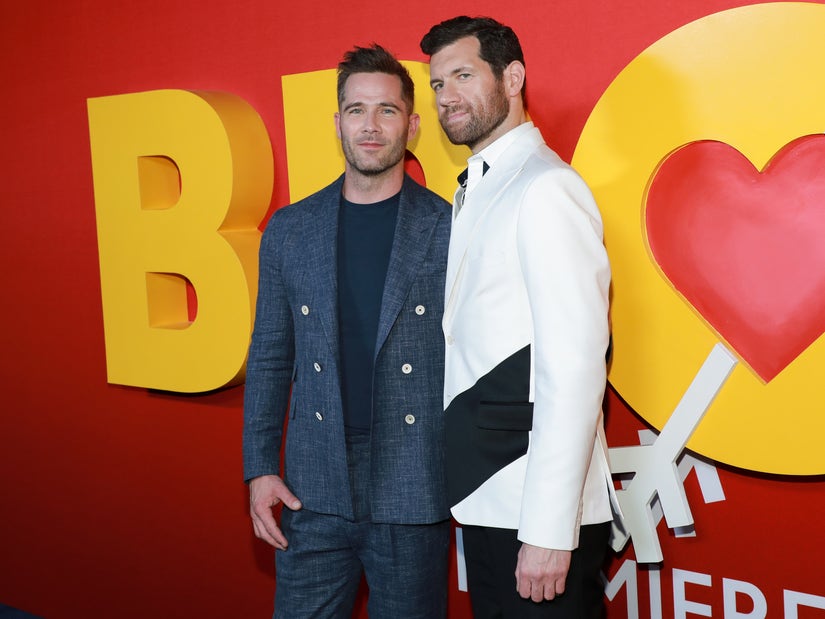