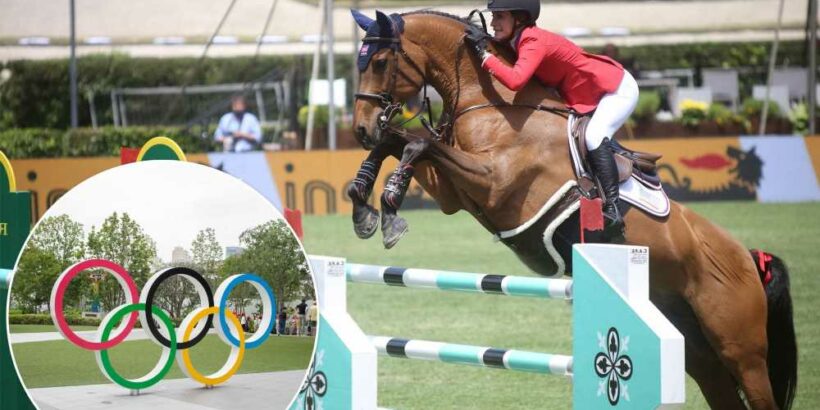 Olympian tests positive for COVID-19 while trying to enter Tokyo

Baby, she was born to ride.

Jessica Springsteen, the 29-year-old daughter and middle child of New Jersey’s own Bruce “The Boss” Springsteen, will join Team USA at the Olympics later this month.

Today, US Equestrian, the national governing body of the sport in the United States, announced that Springsteen, along with Kent Farrington, Laura Kraut and McLain Ward, will make up the finalized US jumping roster for the Tokyo games.

Riding atop her 12-year-old stallion Don Juan Van de Donkhoeve, Springsteen now has the opportunity to fulfill her “dream” of representing America in a high-stakes championship.

Springsteen, who studied psychology at Duke University, “has really come into her own this year,” equestrian legend and 1984 gold medalist Melanie Smith Taylor told The Post.

“She has said early on that she didn’t want to be known as Bruce Springsteen’s daughter alone. She wanted to forge her own path. She’s really doing that. She is very much at the elite level of the sport because of her performance,” Smith Taylor said a few months prior.

The Rumson, New Jersey, native’s hopes to make an Olympic roster previously fell short in 2016 when her horse endured ongoing leg issues, according to Sports Illustrated.