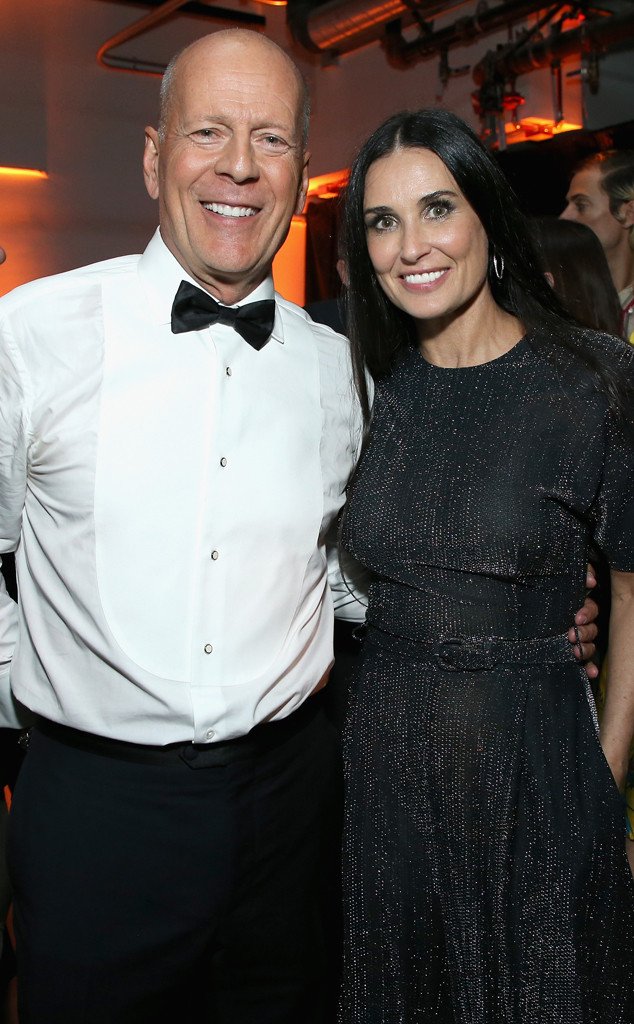 Photos and videos of the parents were all over social media and appeared to be in good spirits to help Rumer ring in the big 3-0, whose birthday was on Thursday.

An Instagram photo posted by their other daughter, Tallulah Willis, shows Bruce and Demi smiling with Tallulah in the middle. She captioned the upload with the emoji of a family.

Scout LaRue Willis also added a picture of the sisters with their dad, but Demi wasn’t in this picture. Scout’s Instagram gives a little insight into their family sense of humor. She captioned the picture, “Before we took this photo my dad said, ‘hurry up, I have to fart.'”

Scout and Tallulah both posted very sentimental snapshots of Rumer and described just how much she means to them. Scout wrote, “Oh my big sister! Oh my best friend!!! You charm me with your tender hearted vulnerability. You are weird to the core, you are so bursting with love and compassion. You are so strong, so fierce, you strive to grow and become better every damn day and i have seen the fruits of your labor.” 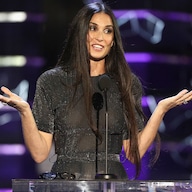 Tallulah added a number of pictures to Instagram as well and paid homage to her sister’s “unstoppable power.” “You were the first big person I ever knew, and gave me me the privlege of walking ahead of me and stubbing the metaphorical toe on all the ouchies in life so I wouldn’t have to. You lead and you listen and you pause and you try, especially when it’s difficult you try. I love you my dreamy friend. Thirty looks damn good on you,” she said.

The sisterly love was definitely palpable, but there was some heat earlier in the week between Demi and Bruce.

She surprised her ex-husband at his Comedy Central roast where he felt the burn. Demi poked fun at many of his movies, including Die Hard and The Sixth Sense. She introduced herself to the audience by teasing his acting skills: “For those of you who don’t know me, I’m Demi Moore. I was married to Bruce Willis for the first three Die Hard movies, which makes sense because the last two sucked.”

When she brought up The Sixth Sense, Demi took a jab at their relationship. “I just look at our marriage like The Sixth Sense—you were dead the whole time,” she said. The couple was married for 13 years and split up in 2000.

Just before we took this photo my dad said, “hurry up, I have to fart”

Just before we took this photo my dad said, “hurry up, I have to fart”

To bring it full circle, Demi praised her children but did so at the expense of Bruce. “I have to say our daughters are incredibly well adjusted considering two of them are half Bruce Willis,” she joked.

In the most back-handed of compliments, she told the Pulp Fiction actor he was “easily one of my top three husbands.”

Thankfully, the two could trade in the roast for a toast to their daughter.