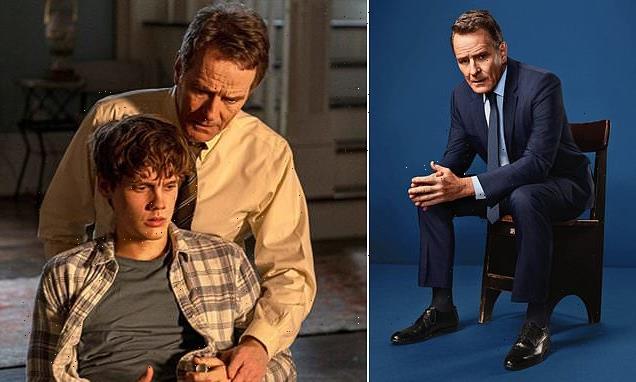 Breaking Bad again: Good men gone wrong are his calling card, but as his tense thriller Your Honor returns, BRYAN CRANSTON asks: who wouldn’t do anything to protect their family?

How far would you go to protect the person you love most in the world? That’s the question facing Bryan Cranston in Your Honor, the hit US drama he stars in which returns for its second series early next month.

Bryan plays Michael Desiato, a respected and unusually compassionate New Orleans judge who finds his principles slowly being eroded as he feverishly attempts to protect his son after he accidentally kills someone. He’s a man ‘facing an emotional and ethical dilemma who sets his moral compass aside’ and in doing so ‘loses himself’.

It’s the tale of an essentially good man who finds himself performing increasingly dark deeds, a premise that will be familiar to fans of Bryan’s earlier hit series Breaking Bad, in which he played terminally ill chemistry teacher Walter White, who slowly morphs from law-abiding citizen to ruthless drug lord in order to provide for his family after his death.

And having earned a Golden Globe nomination for the first series of Your Honor, to add to the countless awards he picked up for Breaking Bad, it appears that Bryan has cornered the market in characters with less-than-impressive decision-making skills. 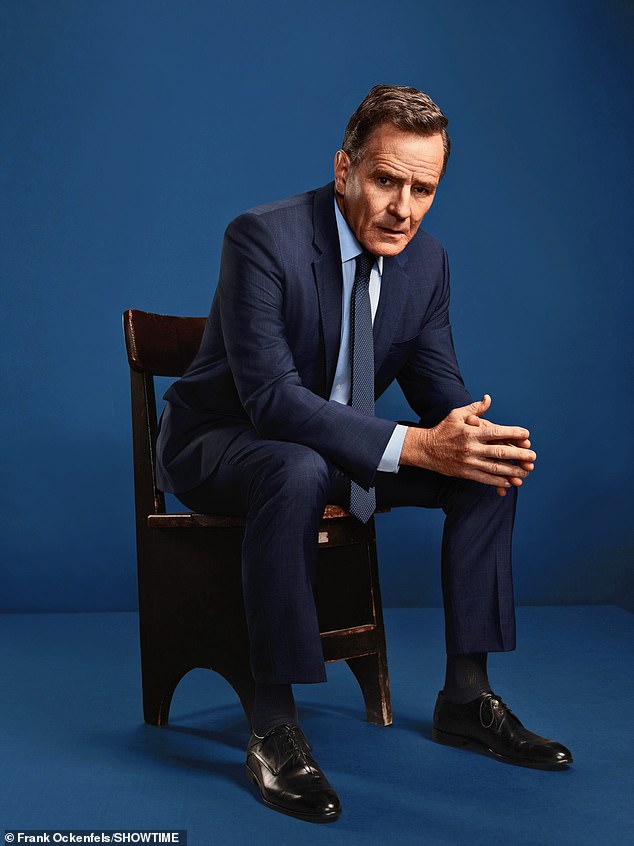 How far would you go to protect the person you love most in the world? That’s the question facing Bryan Cranston in Your Honor, the hit US drama he stars in which returns next month

‘It’s a generalisation, but the testosterone that pumps through a man’s body makes him do stupid things,’ he explains. ‘Part of that is ego and thinking, “I can do this. I can control it. Watch me.” And that invariably gets men into trouble.’

It certainly does in Your Honor. In the first series, Michael’s teenage son Adam (Hunter Doohan) accidentally killed another teen in a road accident. He fled the scene, only for his father to insist that it was his duty to report the crime. So far, so upstanding.

But when Michael discovered that the victim was the son of the city’s most notorious mob boss, Jimmy Baxter (Michael Stuhlbarg), he realised that owning up to the hit-and-run would put a death sentence on his son’s head.

So he chose to cover up Adam’s mistake, and thereby set off a chain of events that saw an innocent young man framed and a truly shocking finale to the series.

Based on the Israeli TV thriller Kvodo and adapted by British screenwriter Peter Moffat (the man behind BBC legal dramas Silk and Criminal Justice), it’s a compelling study of the knock-on effects when idealism gives way to compromise, no matter how well-meaning those compromises may seem. ‘That parental theme is universal,’ says Bryan, who has a 29-year-old daughter. ‘What would you do to save the life of your child? Anything. And after that is answered, would you be willing, knowingly, to become a criminal in order to do that? Yes, I would, if it really meant saving the life of my child. 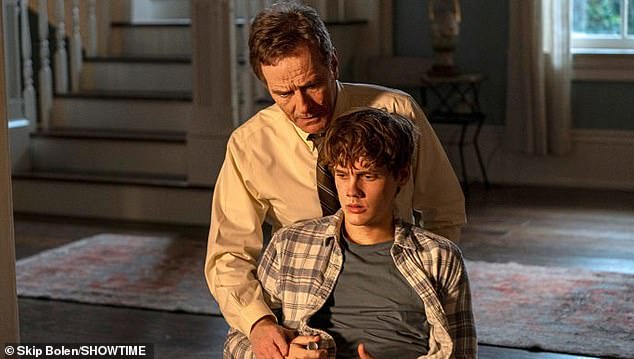 Bryan Cranston plays Michael Desiato, a respected and unusually compassionate New Orleans judge who finds his principles slowly being eroded as he feverishly attempts to protect his son

‘Then you go to the next ring, and the next ring, and you build it to a point where, all of a sudden, it’s not so clear. What if your decisions created harm or death to an innocent person? Now, all of a sudden, you think, ‘Oh, my God. Is it too late to step back?’ And it is. That’s what happened to Michael Desiato and, as a ripple effect, to everyone in the sphere of this story.’

As series two begins, the confident, polished judge we saw in season one is no more. Having apparently lost his soul, we see a dishevelled Michael wandering the streets of New Orleans in despair.

It’s clear he’s broken, yet while the first series explored his fall from grace, the second offers Michael a chance at redemption when assistant US attorney Olivia Delmont (Oscar-nominated Rosie Perez) asks him to help her eradicate the Baxter crime family for good.

‘He has a very slow spiral upward, for lack of a better description,’ says Bryan, 66. ‘He’d spiralled down to less than zero, but is there life after despair?’

With the undertow of male violence that courses through the series, Bryan reveals he looked to a rather surprising historical figure for a glimmer of light.

‘You know, with the passing of the Queen, I was thinking the other day, ‘God, I wish there were more women as heads of state around the world, because I truly believe that there would be far less war and far less aggression,’ he says.

‘That’s a generalisation, of course, but it’s tied in with the hope that there might be a more civil, kind and generous world for us to live in. And I think men, deep down inside themselves, that’s what we’re looking for too.’

Whether Michael Desiato will ever be able to return to a more civil existence after the devastating events of the first series, however, remains to be seen.