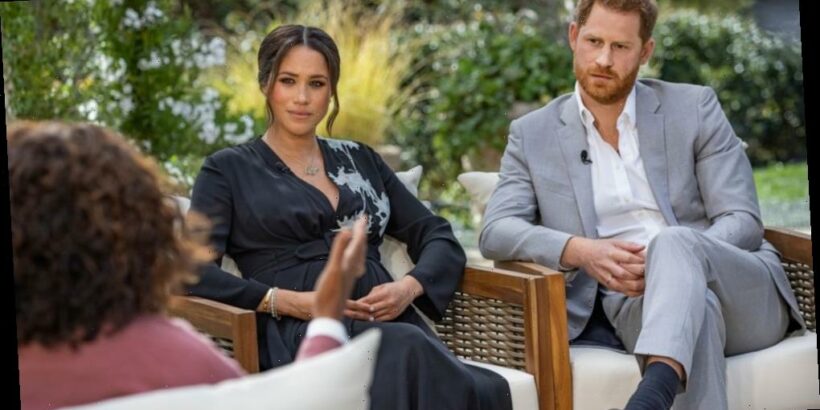 The allegation of bullying against Duchess Meghan made by former members of her palace staff will be investigated by an outside law firm with “independent external investigators,” according to a new report.

The Sunday Times, a U.K. newspaper, reports that the review will also “begin imminently, with no set time frame.”

The decision by Buckingham Palace to use an outside law firm to oversee an independent investigation of the allegation is a move described by the Times’ royal correspondent Roya Nikkhah as raising the stakes just days after Meghan and her husband, Prince Harry, spoke out in a bombshell interview with Oprah Winfrey about their decision to step away from their royal roles.

“It raises the stakes in the standoff,” Nikkhah told “Good Morning America.” “There’s no doubt it’s going to have an impact on the relationship between the palace and the Sussexes.”

“My understanding is that Harry and Meghan won’t be taking part,” Nikkhah added.

When asked about the investigation, a spokesperson for Buckingham Palace told ABC News, “Our commitment to look into the circumstances around allegations from former staff of the Duke and Duchess of Sussex is being taken forward but we will not be providing a public commentary.”

A spokesperson for Harry and Meghan declined to comment on the report of an outside law firm being brought on to investigate the bullying allegations, which were made public just days before the couple’s interview with Winfrey aired on March 7.

The Times of London published a report on March 2 that claimed Meghan faced a bullying complaint from a close adviser at Kensington Palace.

According to the newspaper’s report, the complaint claimed that she “drove two personal assistants out of the household and was undermining the confidence of a third staff member.”

In several alleged incidents after Harry and Meghan’s 2018 wedding, unnamed sources told the newspaper that staff members “would on occasion be reduced to tears.” One aide allegedly told a colleague, “I can’t stop shaking,” while in anticipation of a confrontation with Meghan, according to the report.

The Sussexes quickly fired back at the report, with a spokesperson for the couple saying in a statement at the time, “Let’s just call this what it is — a calculated smear campaign based on misleading and harmful misinformation.”

“We are disappointed to see this defamatory portrayal of The Duchess of Sussex given credibility by a media outlet,” the spokesperson said in a statement. “It’s no coincidence that distorted several-year-old accusations aimed at undermining The Duchess are being briefed to the British media shortly before she and The Duke are due to speak openly and honestly about their experience of recent years.”

“The Duchess is saddened by this latest attack on her character, particularly as someone who has been the target of bullying herself and is deeply committed to supporting those who have experienced pain and trauma,” the spokesperson added. “She is determined to continue her work building compassion around the world and will keep striving to set an example for doing what is right and doing what is good.”

Meghan has not yet responded directly to Buckingham Palace’s decision to open an investigation.

Neither the bullying allegations nor the investigation were discussed in Harry and Meghan’s interview with Winfrey, which was taped prior to the allegations being made public.

The couple, who stepped down from their royal roles last year, dropped several bombshells in the interview, including revealing that Meghan was at one point suicidal during her time in the royal spotlight and alleging they were told their son, Archie, would be denied a title and security, while questions of skin color were allegedly raised by at least one member of Harry’s family.

Meghan, who is pregnant with the couple’s second child, a girl, also claimed that she was forced to remain silent amid tabloid reports and, in her eyes, did not receive support from the royal institution in denying false reports.

“I don’t know how they could expect that after all of this time we should still just be silent if there’s an active role that the firm is playing in perpetuating falsehoods about us,” Meghan told Winfrey. “If that comes with the risk of losing things, there’s a lot that’s been lost already.”

Nearly two days after the interview aired in the U.S., Harry’s grandmother, Queen Elizabeth, responded, making it clear any fallout from the interview will be handled privately as a family.

“The whole family is saddened to learn the full extent of how challenging the last few years have been for Harry and Meghan,” Buckingham Palace said in a statement released on behalf of the queen. “The issues raised, particularly that of race, are concerning. While some recollections may vary, they are taken very seriously and will be addressed by the family privately.”

“Harry, Meghan and Archie will always be much loved family members,” the statement read.