Revealed: Britain’s 20 cheapest homes! These properties are on the market for as little as £4,000 – or a mortgage of just £15 a month…

They are certainly cheap – but are they cheerful? The 20 lowest-priced homes in Britain have been revealed, with the most affordable costing just £4,000.

And the three properties with the lowest asking prices can all be found in the same area of Scotland’s Inverclyde, according to property website HouseSimple, who did their research on Zoopla.

They could all in theory be bought with finance costing less than £15 a month, although, in reality most lenders require a much higher minimum borrowing level of around £25,000.

Perhaps unsurprisingly, none of the properties are in the southern half of England. 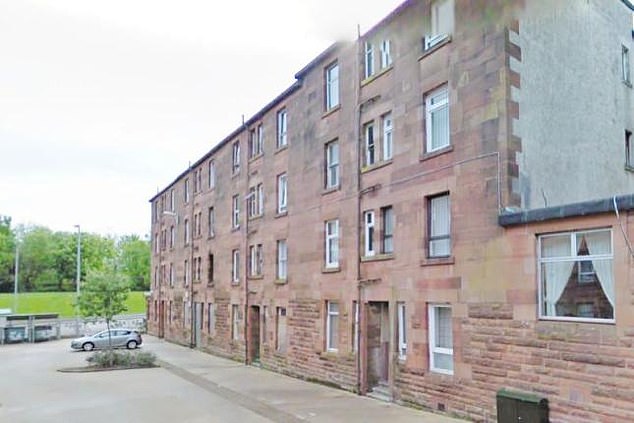 Port Glasgow, £4,000: The cheapest property for sale is this one-bedroom flat on Bruce Street in Scotland, The home is within the Clune Park Estate which is undergoing regeneration 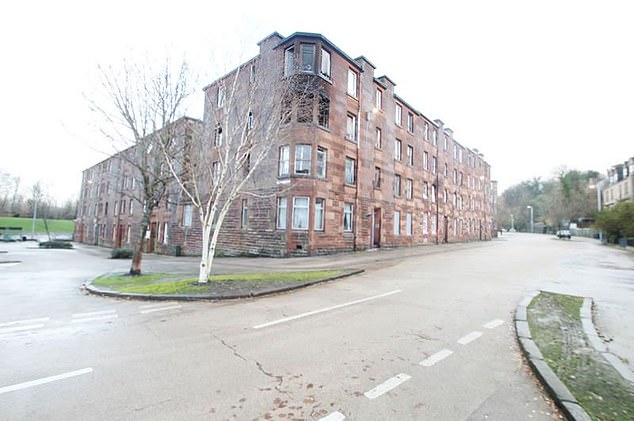 Port Glasgow, £5,500: Another Inverclyde property on the list is this one-bedroom flat on Robert Street which is close to supermarkets and a train station 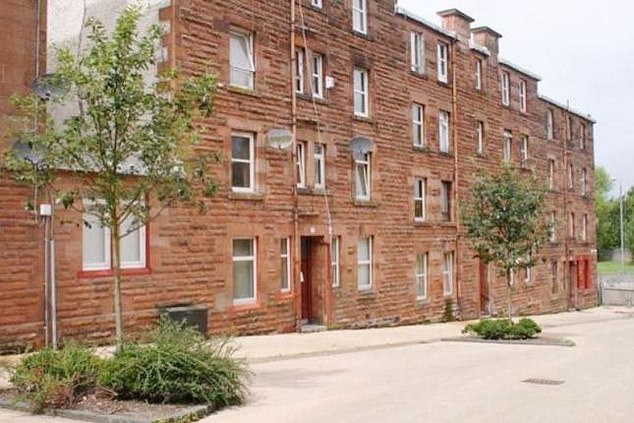 Port Glasgow, £6,000: The third one-bedroom property in the same area of Scotland to top the cheapest list of UK properties is this one bed on Maxwell Street

The cheapest property of all is a one-bedroom flat in Port Glasgow, Inverclyde (half an hour along the coast from Glasgow) and is on the market for £4,000.

It is followed by two more properties in the same town, which have asking prices of £5,500 and £6,000 respectively.

The average estimated value of a flat in the same PA14 postcode area of the three cheapest homes last year was £95,691, according to Zoopla.

In England, the lowest asking price is on a studio flat in Bradford, West Yorkshire, which is on the market at £13,000.

The cheapest house – as opposed to flat – on the market is a two-bed terrace in Bishop Auckland, County Durham, which has an asking price of £15,000.

Buying agent Henry Pryor suggested why the properties were so cheap, saying: ‘Every week Phil and Kirstie remind us that when it comes to property it’s all about “Location, location, location”. These cheap properties aren’t mis-priced, they are mis-placed.

‘Suitable for someone on the run, perhaps these are homes that no-one wants to buy, some you would struggle to give away,’ he added. 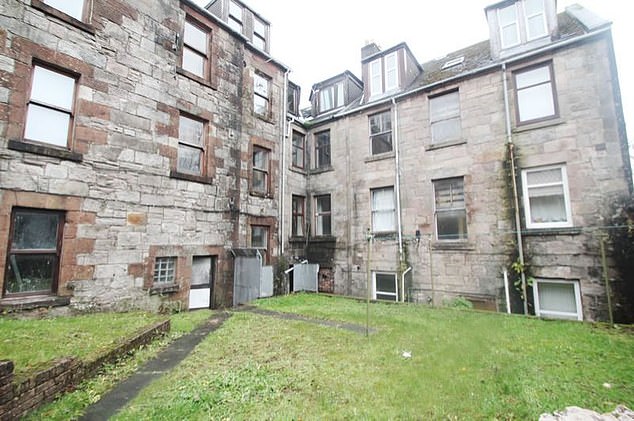 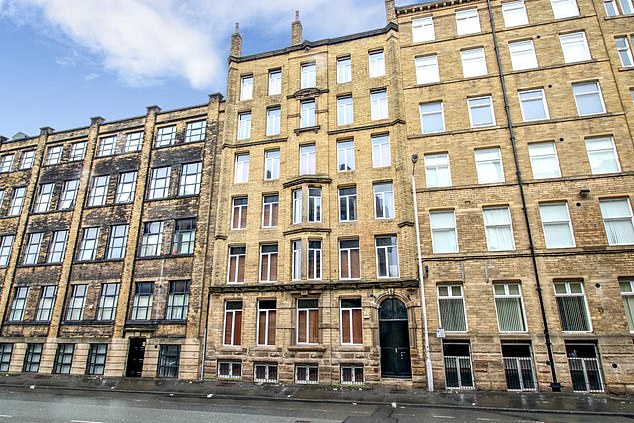 Bradford, £13,000: This studio flat on Sunbridge Road in West Yorkshire is on the top floor of this city centre building

‘At a time when we are begging the Government to build more homes you might think that every existing home was valuable, but these are the properties even estate agents would be embarrassed to try to sell.’

A common factor they all share is that they could theoretically be bought using a 10 per cent deposit of less than £2,000. 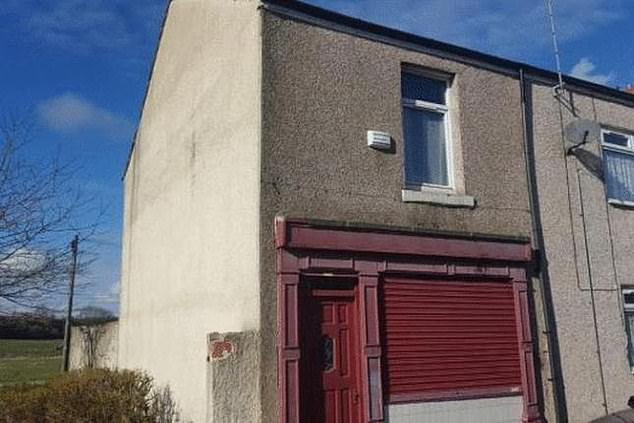 County Durham, £15,000: Some refurbishment would be needed on this two-bedroom terrace on Spencer Street in Bishop Auckland but it has a low asking price

This is based on a market-leading two-year fixed-rate mortgage for those with a 10 per cent deposit, which offers a rate of 1.96 per cent.

However, in reality, most lenders stipulating that the minimum amount they will lend is around £25,000, buyers may struggle to finance such a purchase.

Buying all of the cheapest 20 properties together would cost £303,900, the equivalent price of just one four -bedroom detached house in Kent.

And the cheapest three properties together would cost £15,500, according to estate agent Housesimple.com. 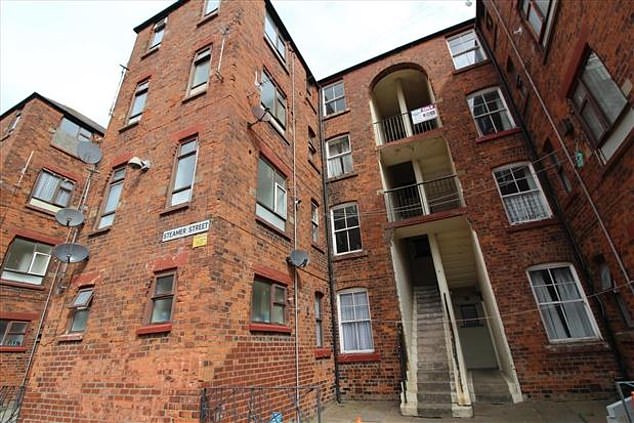 Cumbria, £15,000: This flat on Steamer Street in Barrow In Furness has gas central heating and is close to local shops and schools 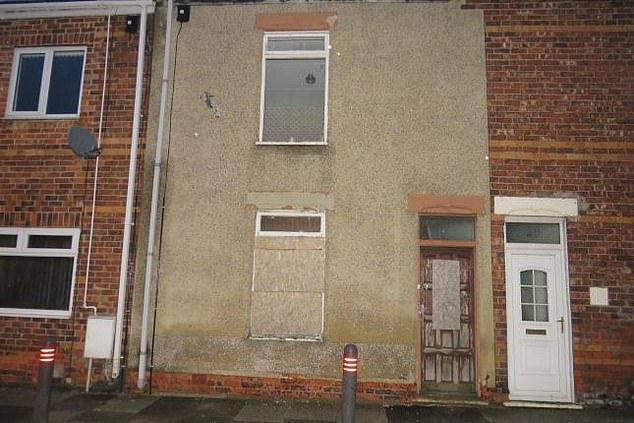 Hartlepool, £15,000: Although requiring some work this two-bedroom home on Middle Street in Blackhall Colliery has a yard and on street parking 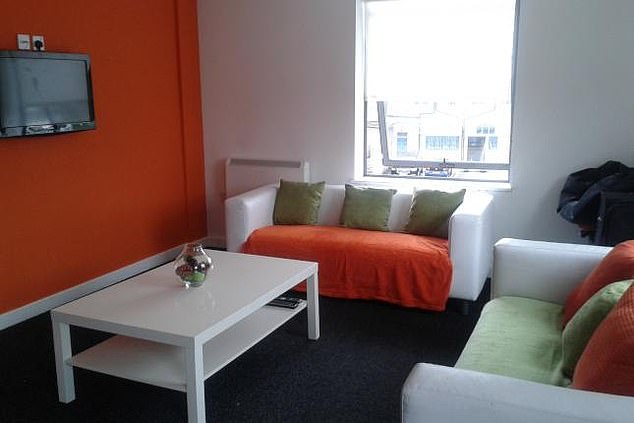 Bradford, £17,000: This studio apartment on Salem Street comes fully furnished and with a fitted kitchen. The listing also says it’s only a ten minute walk to the University 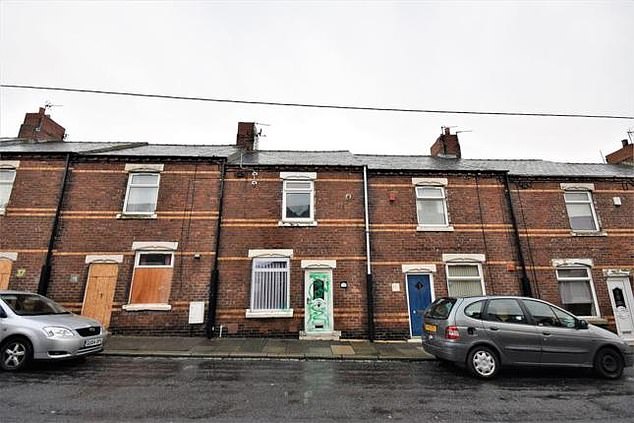 County Durham, £17,000: This home on Eleventh Street in Horden has two bedrooms and is partially double glazed

This is cheaper than the cost of a new car, with the cheapest Ford Focus costing £18,300.

But he said they could allow people to step onto the property ladder if you’re not afraid to purchase something that needs work.

He said: ‘Sellers in this market need to price sensibly – if you price it right, there’s a buyer out there.’ 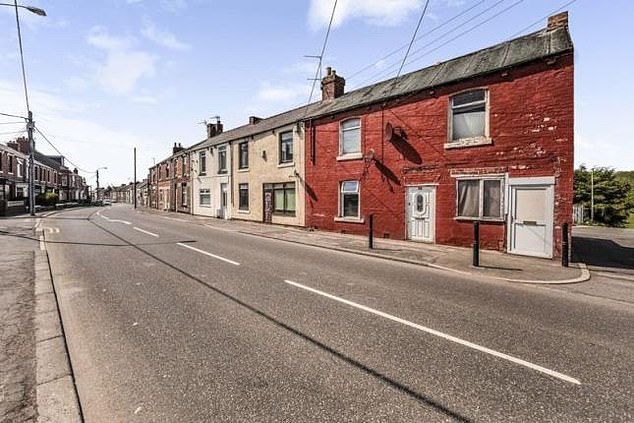 County Durham, £17,500: This ground floor one-bedroom flat on North Road West in Wingate has a rear yard and described as a ‘good investment opportunity’ 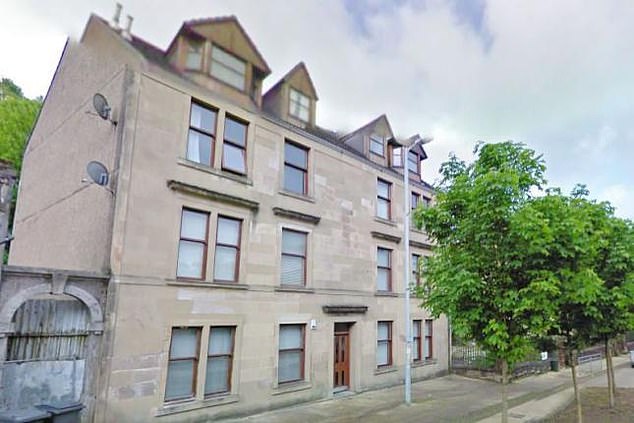 Port Glasgow, £18,000: Another property in this area of Scotland on the list is this two-bedroom ground floor flat on Robert Street which is 0.6 miles from the train station 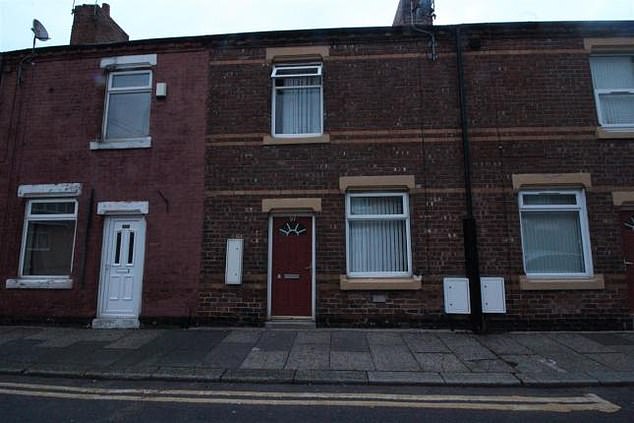 County Durham, £18,000: Also on sale is this two-bedroom terraced property on Seventh Street in Horden, Peterlee. The average house in this postcode area sells for £62,780 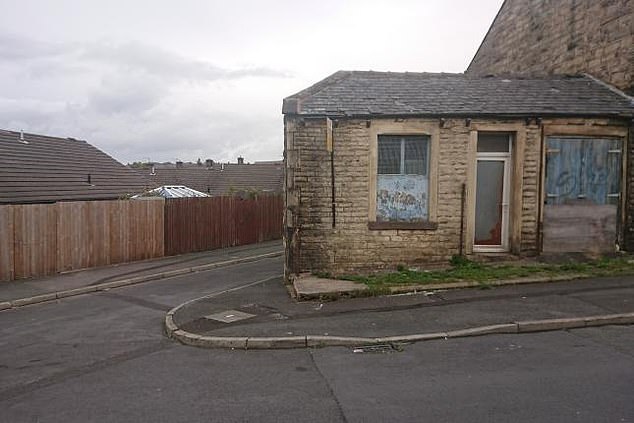 Lancashire, £18,000: This one-bedroom house on Ashford Street in Nelson is listed as an ‘ideal investment property’ with a price of under £20,000 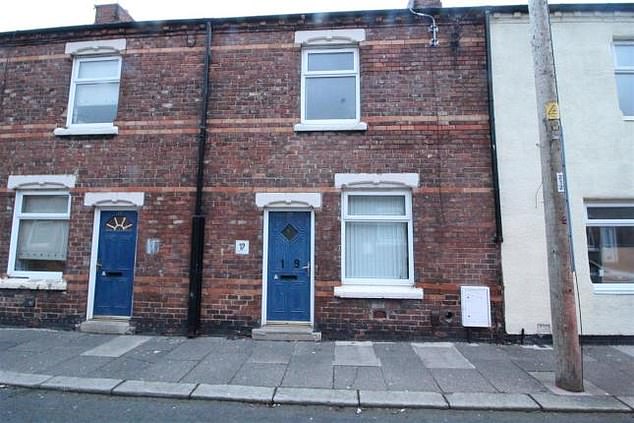 County Durham, £18,000: Another two-bed house on the list is this one on Eighth Street in Horden, Peterlee. It has a modern kitchen and bathroom but does require some work doing 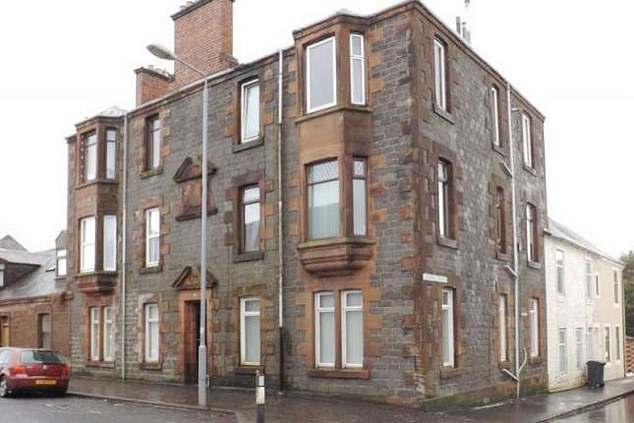 Scotland, £18,000: This ground floor flat on West Main Street in Darvel, East Ayrshire, has an asking price of £18,000. The main entrance is at the rear and the building shares a hallway 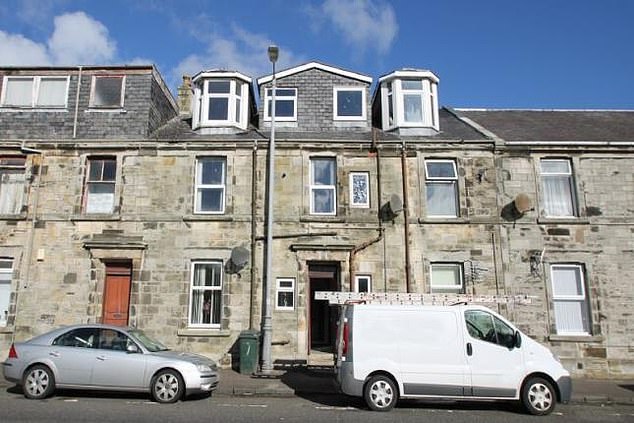 Scotland, £19,000: This one-bed flat in on Main Street in Newmilns, East Ayrshire, is around twenty-five miles southwest of Glasgow and there’s on-street parking 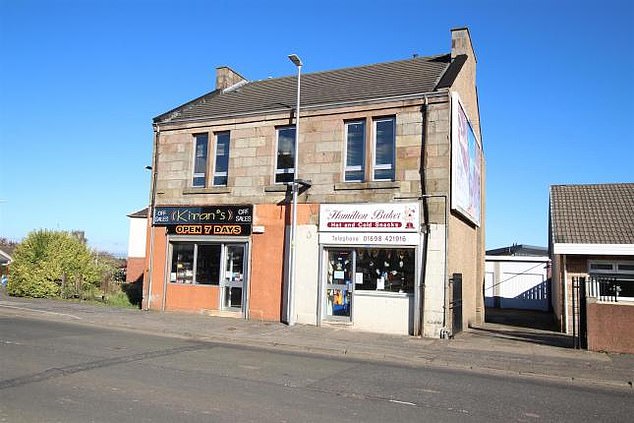 Scotland, £19,500: This one-bedroom flat on Annsfield Road in Hamilton, South Lanarkshire, and is close to shops and amenities 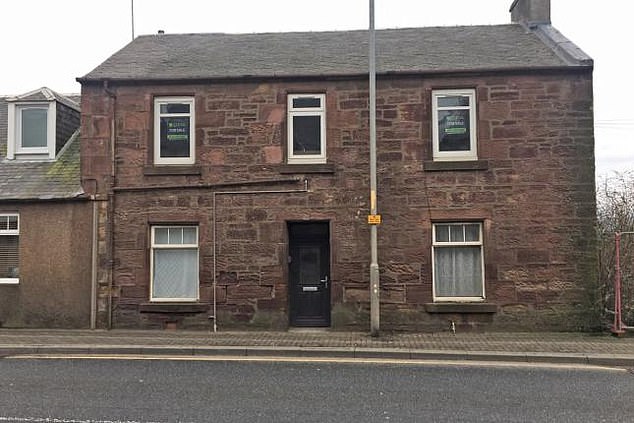 Scotland, £19,950: This flat in Maybole comes with a shared back garden and just sneaks onto the cheapest 20 properties list 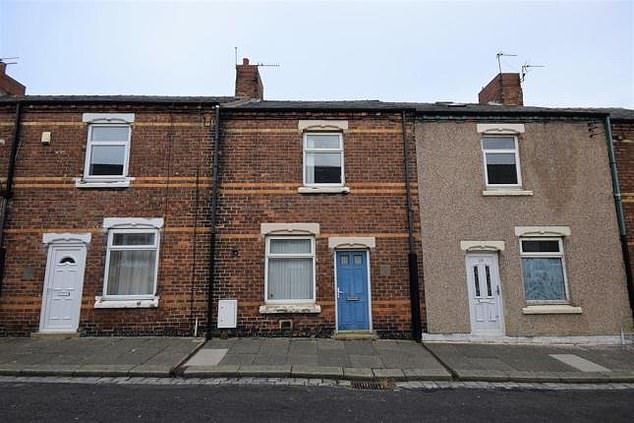 County Durham, £19,500: This house on Ninth Street in Horden, has two double bedrooms