Buy-to-let turns 25! We look back at how property investing surged in popularity – and reveal a RECORD number of landlord mortgages are now available

Buy-to-let celebrates its 25th birthday today. The first mortgage products with its name on were officially launched on September 24, 1996, when the lending industry gathered in central London.

Since then, the number of buy-to-let mortgage products has surged and today there are 2.65 million landlords in Britain, of whom 59 per cent are aged 55 or above.

Meanwhile, despite suggestions that buy-to-let interest may have peaked, mortgages available to landlords have increased to a record 3,031, Moneyfacts has exclusively revealed.

Almost 160,000 buy-to-let loans were issued during the first six months of this year

The buy-to-let sector is thriving, despite tax clampdowns and the recent challenges of the pandemic that included a ban on tenant evictions, with many investors searching for a better return than they would get on cash.

Almost 160,000 buy-to-let loans were issued during the first six months of this year, according to UK Finance.

That equates to £26billion worth over that period and compares to an overall £540billion in buy-to-let gross advances between 2000 and 2020.

The massive growth of the sector can be categorised into four periods, according to a new study by buy-to-let specialist lender Paragon.

These are rapid early growth, the global financial crisis, recovery, and the introduction of tax changes and regulation.

John Heron, the former director of mortgages at Paragon Bank, said buy-to-let mortgages were officially launched at an event at the RAC Club, on London’s Pall Mall, in 1996.

He said the mortgage products were designed specifically with ordinary landlords in mind.

‘At this time, with no financial products tailored to meet the needs of residential landlords, the only legitimate way of financing a property portfolio was through commercial mortgages,’ he explained.

‘With high interest rates and low loan-to-values, as well as terms rarely exceeding 10 years, these represented only a poor fit and did little more for the market than frustrate much needed growth.

‘Working with Andrew Reeves and his colleagues at ARLA, as well as key specialist intermediaries, we designed a product that catered specifically for the needs of landlords.

‘Borrowers could get finance at up to 75 per cent of the value of the property and affordability would be assessed on the income the property generated and well as the landlords wider financial circumstances. In addition, landlords would be able to make the most efficient use of capital available and maximise their return due to the option to take out interest-only mortgages.’

Although buy-to-let was introduced in 1996, it was from the 2000s onwards when it really took off, as the property market emerged from the 1990s doldrums and started to boom.

However, with the rapid expansion of the products, concerns increased about the over-exposure of lenders and borrowers to certain sections of the market, such as city centre new-build flats. And the global financial crisis exposed these fears. 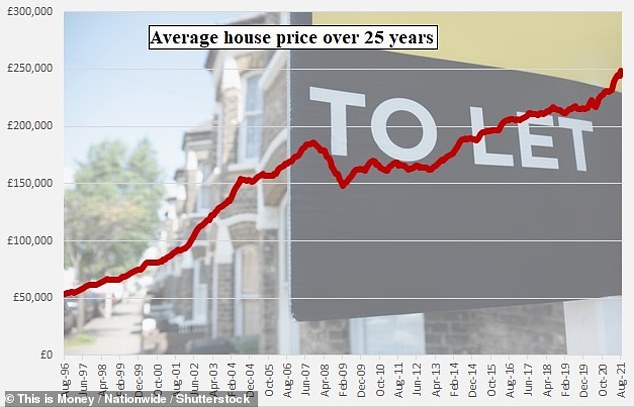 The average house price has marched upwards over the past 25 years, Nationwide’s figures show, although the financial crisis sent prices tumbling between 2007 and 2009

The global financial crisis struck in 2007 and the ability of banks to lend to customers changed almost overnight.

Northern Rock crashed and lenders such as Bradford & Bingley-owned Mortgage Express disappeared, as their parent companies were absorbed by other financial services companies.

Meanwhile ‘non-bank’ lenders such as Paragon were unable to lend due to the closure of the financial markets and a struggle to access to funding. 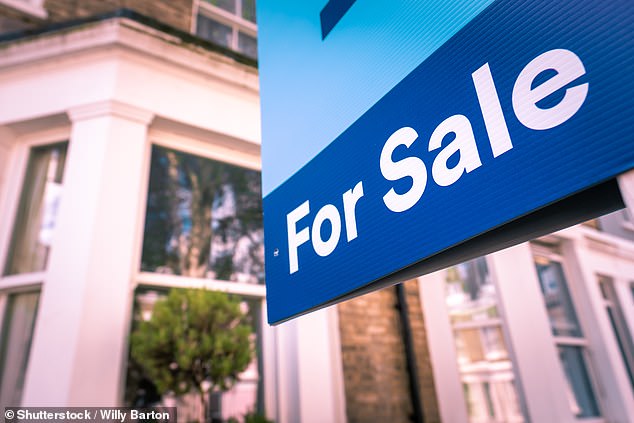 The property market crashed during the financial crisis and while some brave investors bought while prices were down, the lack of mortgage financing made it hard for most people to do so.

The property market then began to eventually pick up and lending recovered strongly in the years after 2010, rising from £9.6billion that year to £37.9billion in 2015.

The expansion of the buy-to-let mortgage sector and return of rising house prices saw concerns that an increasing number of landlords were competing against first-time buyers for the same properties.

In a drive to increase home ownership and grow the number of first-time buyers, the Government introduced measures in 2016 to curb landlord house purchases.

In April that year, a 3 per cent stamp duty surcharge was introduced, while a phased end of mortgage tax relief from 2017 was also announced.

In addition, more regulation was introduced, including more stringent underwriting rules for portfolio landlords with four or more properties.

The result of these measures was a reduction in buy-to-let house purchases. The number of loans reduced from 117,500 in 2015 to 73,400 in 2018. Conversely the number of buy-to-let loans for remortgage purposes grew.

The future of buy-to-let

Paragon said that lenders are now looking to the future and are considering environmental issues, as well as dealing with lots more regulation and red tape.

The Government has proposed that all rented housing will require a minimum EPC of C by 2028. Six in 10 rented homes are still rated below the C category.

It means the buy-to-let sector will have to play its part in reducing the overall impact of residential property currently responsible for around a quarter of UK emissions.

Any policy in this area could end up influencing things like the type of properties that landlords choose to buy and sell in the future, Paragon concluded.