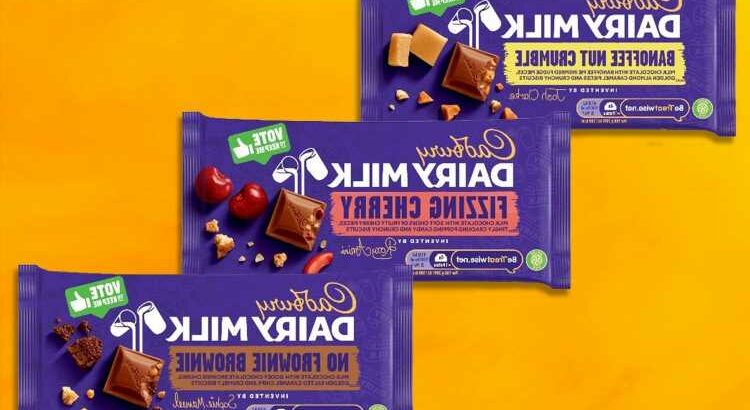 CADBURY has launched three new Dairy Milk flavours including brownie, banoffee crumble and fizzing cherry – but only one will stick around permanently.

The 110g bars cost around £1.49 and are available in major shops and supermarkets from today. 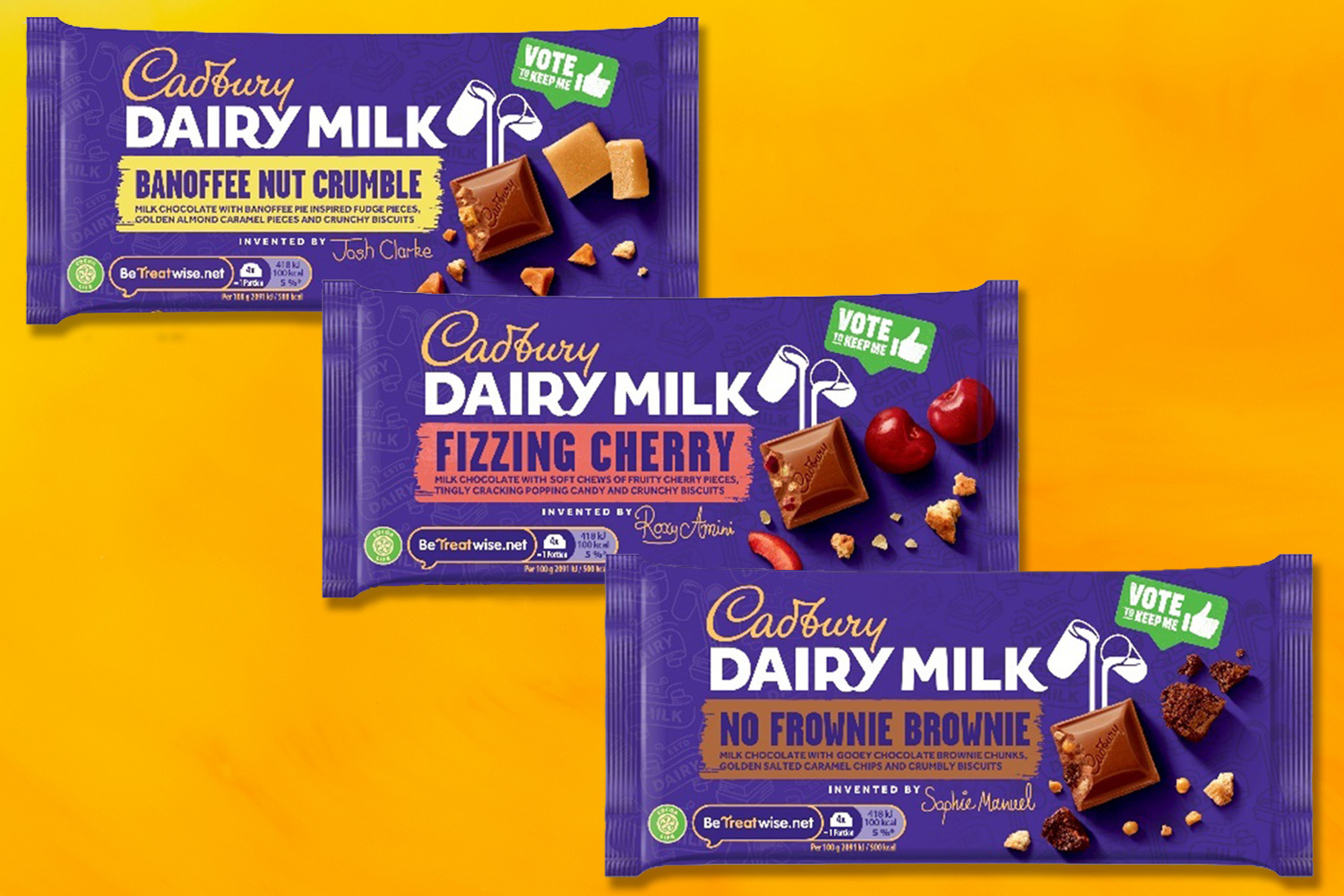 But fans will have to vote to keep their favourite bar on the shelves.

The new flavours have been created by three chocolate-mad Brits as part of Cadbury’s annual inventor competition, which is in its third year.

The No Frownie Brownie flavour was created by Scottish student Sophie, 19, as a nod to her “mum’s favourite sweet treat”.

While civil engineer Roxy, 34, cooked up the idea for the “mouth tingling” Fizzing Cherry slab, which has chewy cherry pieces, popping candy and biscuit bits in it.

Sweet-toothed fans can vote which one is their favourite new flavour on Cadbury’s website.

Voting will close on September 5, and chocolate enthusiasts will find out later that month which flavour will be kept – and which two bars will be ditched.

Last year saw three new flavours Crunchy Honeycomb, Out of the Blueberry, and Coconutty battle it out to remain on shelves across the country.

While in 2019, Choca-latte, Simply the Zest and Raspberry Shortcake pitched against each other in a tastebud battle.

And in 2017, chocolate lovers accused the US parent company of altering the taste of Mini Eggs.

Who owns Cadbury? We explain who's behind the chocolate giant.

Fans went wild after Cadbury announced that chocolate orange Twirls are coming back to the shops for good.

A mum has shared how much sugar is in a Cadbury Creme Egg – but not everyone is surprised about it.