Camila Cabello said her priorities have “shifted” and “fluctuated” in her first public comments about her breakup with Shawn Mendes.

“As I get older, the priorities shift. And I feel like that was that way for both of us,” the “Havana” singer, 25, said during an interview with Apple Music’s Zane Lowe Thursday.

“We both started so young, too. It’s like we’re really learning how to be healthy adults. My priorities have fluctuated, and my focus has changed throughout my life.”

Referencing her upcoming album, “Familia,” Cabello continued, “Those years that we were dating … even while I was writing this album and even still now, I guess my focus is really on, ‘How can I be a well-rounded person?’”

The pop stars called in quits in November 2021 after two years of dating, releasing a joint statement via Instagram that read, “Hey guys, we’ve decided to end our romantic relationship but our love for another as humans is stronger than ever.

“We started our relationship as best friends and will continue to be best friends. We so appreciate your support from the beginning and moving forward. Camila and Shawn.” 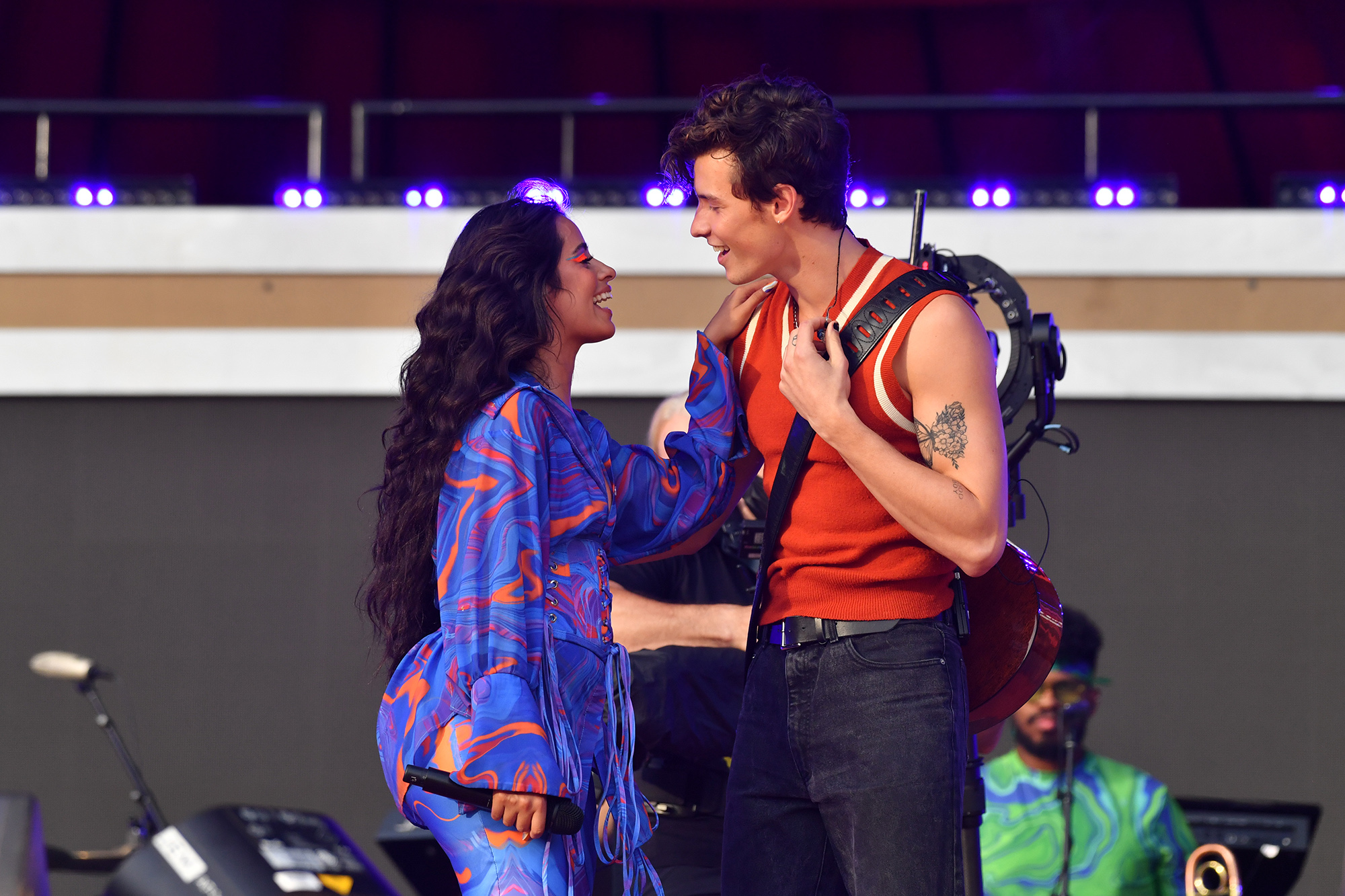 Cabello and Mendes, 23, appeared to still be on great terms in January when they were seen taking a walk together with their golden retriever, Tarzan.

In her new single, “Bam Bam” featuring Ed Sheeran, the Cuban songstress appears to detail her split from the “Stitches” crooner, with lyrics such as, “We were kids at the start, I guess we’re grown-ups now / Couldn’t never imagine even havin’ doubts, but not everything works out.”

Cabello told Lowe the song is about how “things change and things take really unexpected turns” in life, adding, “I love Shawn, and I feel like there is literally nothing but love for him. And this song is mostly just about, like, ‘OK, how do I make a song that shows the cycles of love and life?’”

While some fans believe the exes’ amicable relationship could lead to a reconciliation, the “X Factor” alum is pretty satisfied with single life.

“I’m finally at a place where I feel like I’ve had experiences, I’m doing the therapy, I’ve put in a lot of work. My focus really has shifted a lot,” she said.

As for Mendes, the “It’ll Be Okay” singer was spotted participating in a cozy beachside ritual with yogi Hitomi Mochizuki in Hawaii last month.