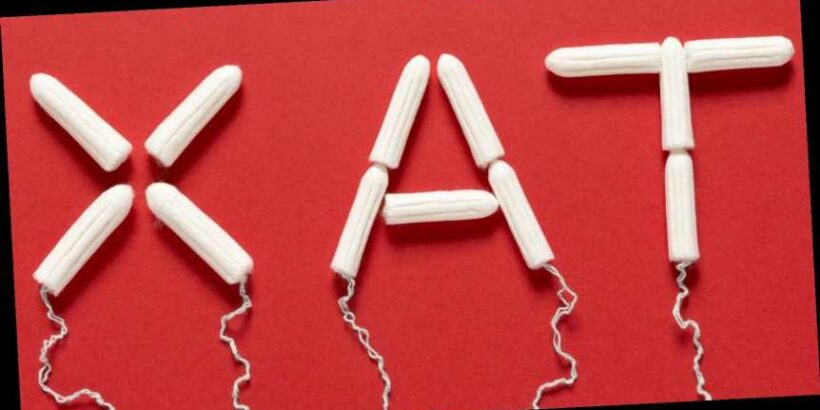 After 47 years of tampon tax, the ridiculous VAT placed on period products has finally been abolished today. Campaigners reacted with elation as the sexist levy was lifted at midnight on New Year’s Day, in a milestone moment in the fight against period poverty.

2021 brings it a whole heft of challenges but there is at least one glimpse of positive news. Activists reacted with joy as the 5% rate of VAT on sanitary products  – known as tampon tax – was scrapped today.

Chancellor Rishi Sunak had announced the move in his March 2019 budget, and now with the passing of the new year, it’s finally come into effect.

Campaigners including Laura Coryton, who started the petition to #EndTamponTax in May 2014, welcomed the long overdue amendment.  “The end of this tax symbolises the end of a symptom of sexism and the period taboo, which has created period poverty and has stopped girls from going to school,” she previously said.

It’s the end of an era for a sexist surcharge that has lasted almost half a century. Women in Britain been paying tax on period products – considered “luxury goods” – for nearly 50 years.

The tampon tax was first introduced in 1973 at a mind-boggling rate of 17.5%. This was reduced to the slightly more palatable (but still utterly unfair) 5% in 2001, thanks to MP Dawn Primarolo’s  tireless activism.

Other campaigns followed in recent years, ramping up pressure on the government to scrap the tax altogether.

Now they’ve done exactly that, in a move estimated to save the average woman nearly £40 over her lifetime, thanks to a cut of 7p on a pack of 20 tampons and 5p on 12 pads.

Responding to the news, Felicia Willow, chief executive of women’s rights group The Fawcett Society, said: “We warmly welcome the scrapping of VAT on all sanitary products from 1 January 2021.

“It’s been a long road to reach this point, but at last the sexist tax that saw sanitary products classed as non-essential, luxury items can be consigned to the history books.”

Vivienne Hayes, chief executive of the Women’s Resource Centre charity, agreed, saying: “Congratulations to all the women who campaigned so long for this ridiculous and unfair tax to be removed.”

However, she added that she was concerned about the future of the Tampon Tax Fund, a £15 million project that used VAT from period products to help disadvantaged women. The government has now confirmed that the fund will continue to back projects supporting vulnerable women and girls.

Natasha Mudhar, co-founder of UN social impact enterprise The World We Want, believes the abolition of tampon tax is an important step towards tackling period poverty that will “empower millions” in the UK.

“The impact of productinaccessibility and period poverty goes beyond being an issue of gender inequality,” she said. “It was reported last year that 49% of girls have missed a day of school due to periods and one in ten women aged 14 to 21 are not able to afford period products. As many as 40% of girls in the UK have used toilet roll because they cannot afford menstrual products and 68% felt less able to pay attention at school or college while menstruating.

“Now that we are dealing with the issue of accessibility, it’s time to turn our attention towards destroying the stigmas that are still linked to menstruation,” Mudhar went on. “Whilst this is a monumental announcement in the UK, we are still a way off from completely freeing women and girls from the negative taboo of menstruation.”

In November, Scotland made history by becoming the first country in the world to give people free access to period products. The Scottish Parliament voted unanimously in favour of the bill, meaning local authorities and education providers must ensure tampons and pads are available to women free of charge.

The British government has signalled it may follow suit, with a pledge to make sanitary products affordable and available for all women. This includes free period products for all young people in English state schools and colleges, and free period products to every hospital patient who needs them.

With one in 10 girls in the UK unable to afford menstrual products, however, there’s still much work to do. But today’s news marks an important step in the right direction.