Final of ‘impossible’ TV quiz show Only Connect leaves fans bamboozled… so how many questions could YOU have answered?

Only Connect has earned itself the title of TV’s toughest quiz show, thanks to round after round of obscure questions that have seen even Pointless presenter Richard Osman deem it ‘impossible’.

Hosted by quiz-master Victoria Coren Mitchell, contestants must connect what appear to be random words and phrases in order to win crucial points for their teams.

Now the final of the 13th series has seen two teams – the Escapologists and the Belgophiles – compete to be crowned champions, rattling through fiendishly difficult questions with seconds to spare as viewers struggled to keep up.

Monday night’s show left fans at home totally bamboozled, with one joking that they were awarding themselves a victory point if they were able to understand the clue in the first place – much less come up with the answer.

After four closely fought rounds – Connections, Sequences, The Wall, and Disguised Clues – the Escapalogists, made up of captain Lydia Mizon, Frank Paul and Tom Rowell, scooped the coveted perspex trophy. Victoria Cohen Mitchell is the host of Only Connect, one of the hardest quiz shows on television according to fans

Viewers watching the show at home found the questions too difficult to answer, with Pointless host Richard Osman even branding the show ‘impossible’ 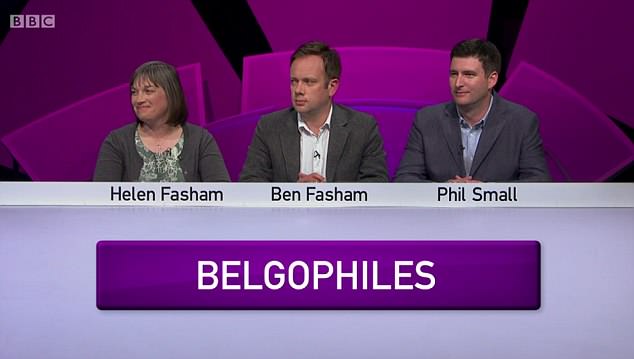 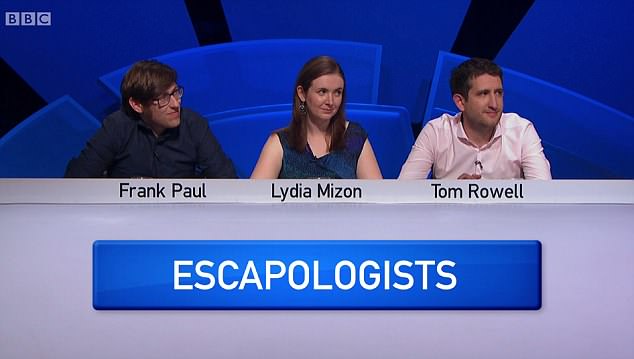 In the Connections round, the team has to identify what it is that different clues are pointing to, with additional hints appearing the longer they spend trying to figure it out. 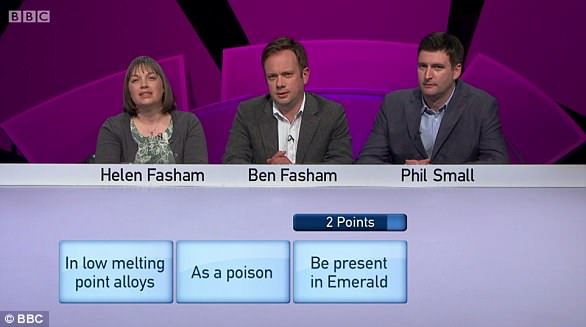 In the Sequences round teams are given a sequence of three things, and tasked with filling in the gap by identifying what would come fourth… 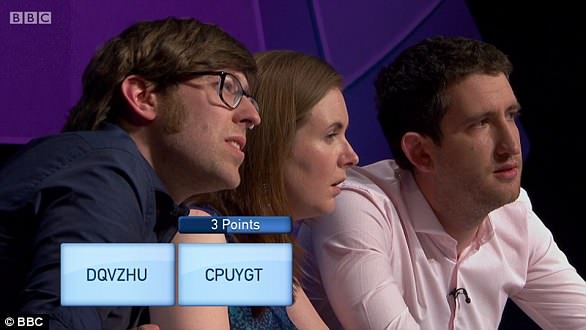 The penultimate round sees teams stand in front of The Wall – a grid made up of 16 words.

The connections are in groups of four, and teams are given two minutes and 30 seconds to figure out how they are related 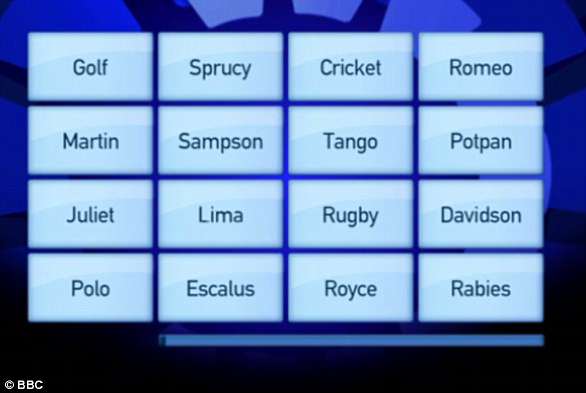 In a final bid for extra points the teams go head-to-head in the quickfire buzzer round where they must identify words or phrases flashed up on screen, with key letters removed.

They are given a clue to help name the word of phrase. In this case, the first was associated with connections or sequences, the second was a well-known wall, and the third had had all vowels removed.

1. Each of the clues hid a chemical symbol: Indium, Arsenic, Beryllium, Helium

2. All four clues are examples of mountweazel, a fictitious entry in a reference book usually inserted as a trap to prevent copyright infringement

3. English words and French meanings: Tower is Tour, Corner is Coin, Bread is Pain and Tooth is Dent

4. All related to weeping

6. The Trotter family tree from Only Fools and Horses. Answer: Damien

7. All of the letters making up the words in the sequence are going back by one in the alphabet each time – ultimately spelling out ‘answer’ 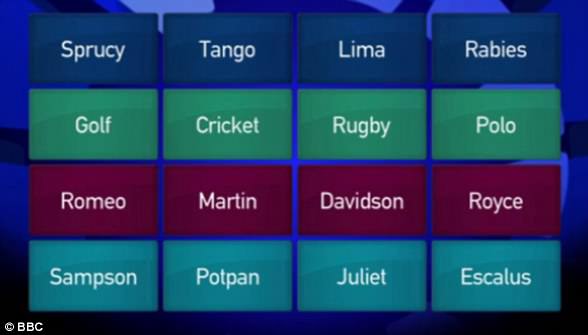 8. The Escapologists guessed the first row which was anagrams of countries (Cyprus, Tonga, Mali, Serbia) giving them four points. The other three were ball games, the second names of car manufacturers, and characters from Romeo and Juliet 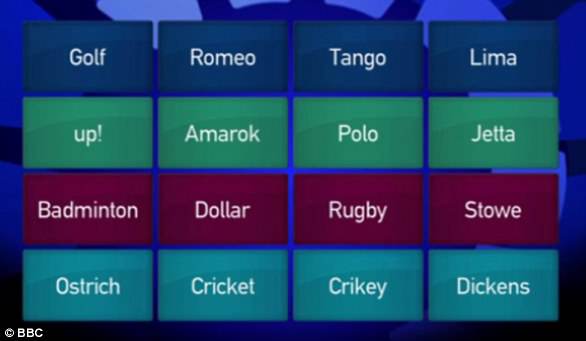 9. Belgophiles failed to guess any of their wall. The answers were letters in the phonetic alphabet, Volkswagen cars, public schools, and words that contain abbreviations of the name Richard, ‘Rich’, ‘Rick’, ‘Rik’ and ‘Dick’

12. The bottom row of (a) QWERTY keyboard

Only Connect episodes are available to watch now on BBC iPlayer