Google released its annual “Year in Search” list on Wednesday, a compilation of 2020’s top trending searches across categories ranging from sports to film to, yes, fashion.

And while red carpets, high-profile premieres and glitzy galas may have looked quite different this year amid the ongoing COVID-19 pandemic, plenty of celebrity outfits still managed to captivate our national attention. 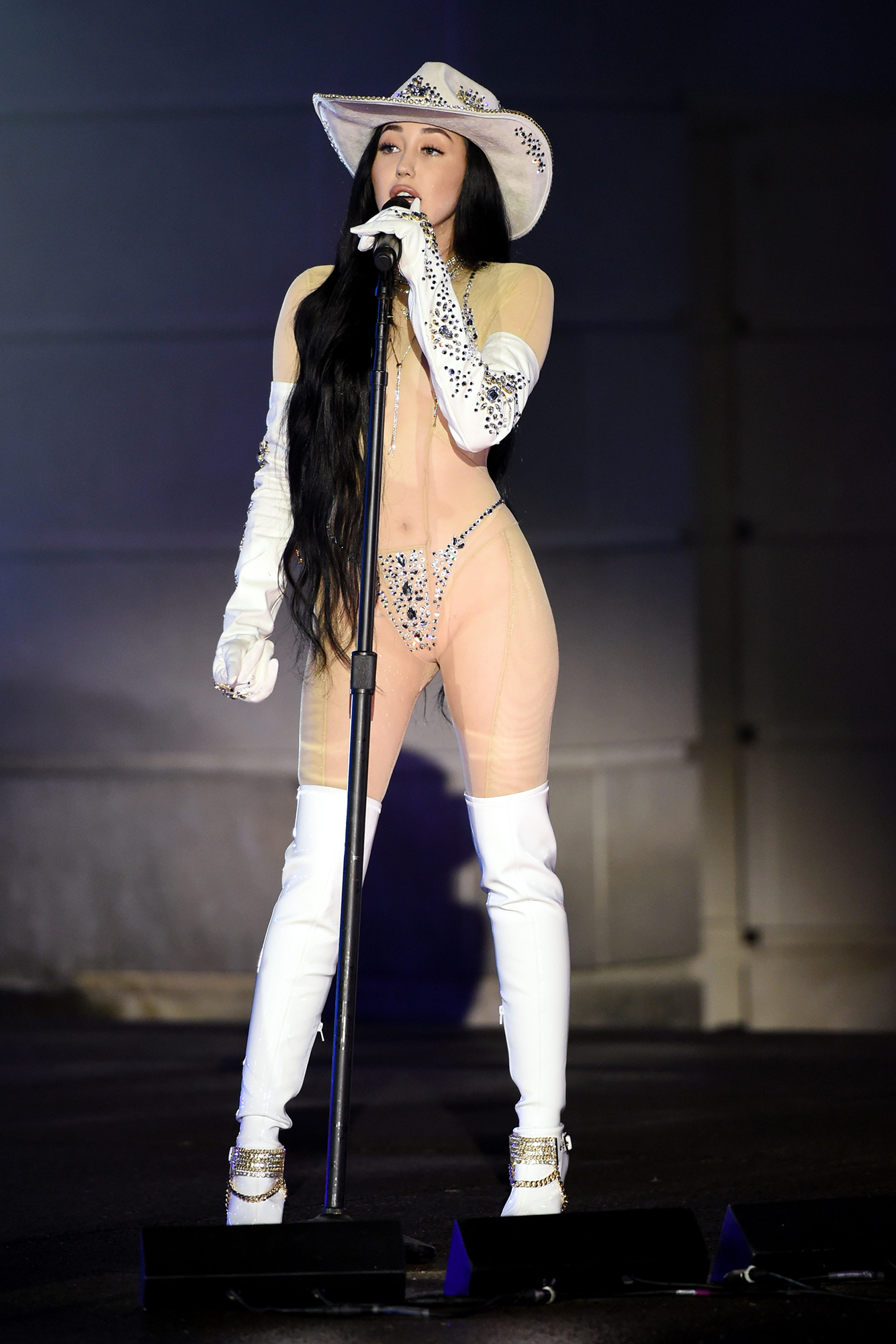 At the 2020 CMT Awards, Miley’s younger sister stripped down for her performance of “This Is Us” with Jimmie Allen in a see-through bodysuit from Saga NYC that featured a bedazzled bikini, along with opera gloves and a cowboy hat by Phallic Cvnt and thigh-high Jeffrey Campbell boots.

Her nearly-nude look proved polarizing, with one person tweeting, “Noah Cyrus, this is the country music awards. Put some clothes on,” while another wrote, “Seems Noah Cyrus didn’t get the memo that CMT Awards are not equivalent to the Victoria’s Secret Fashion show. I cannot fathom how incredibly distasteful & abhorrent her ‘costume’ was. Praying to God above that she’s forbidden to perform among CMT artists ever again.”

Others defended her daring attire. “Everyone is heated about @noahcyrus outfit tonight but honestly I loved it and wish I had that kind of confidence,” one fan shared.

As for the star herself? “My body my choice, bitch,” she tweeted post-show.

“Well Danny Dearest if you would like to continue making sexist comments about me…please bring your misogyny with you to the NBA Countdown doubleheader I’ll be hosting tomorrow night. Hey ladies remember you can wear whatever you feel confident in!” Taylor tweeted. 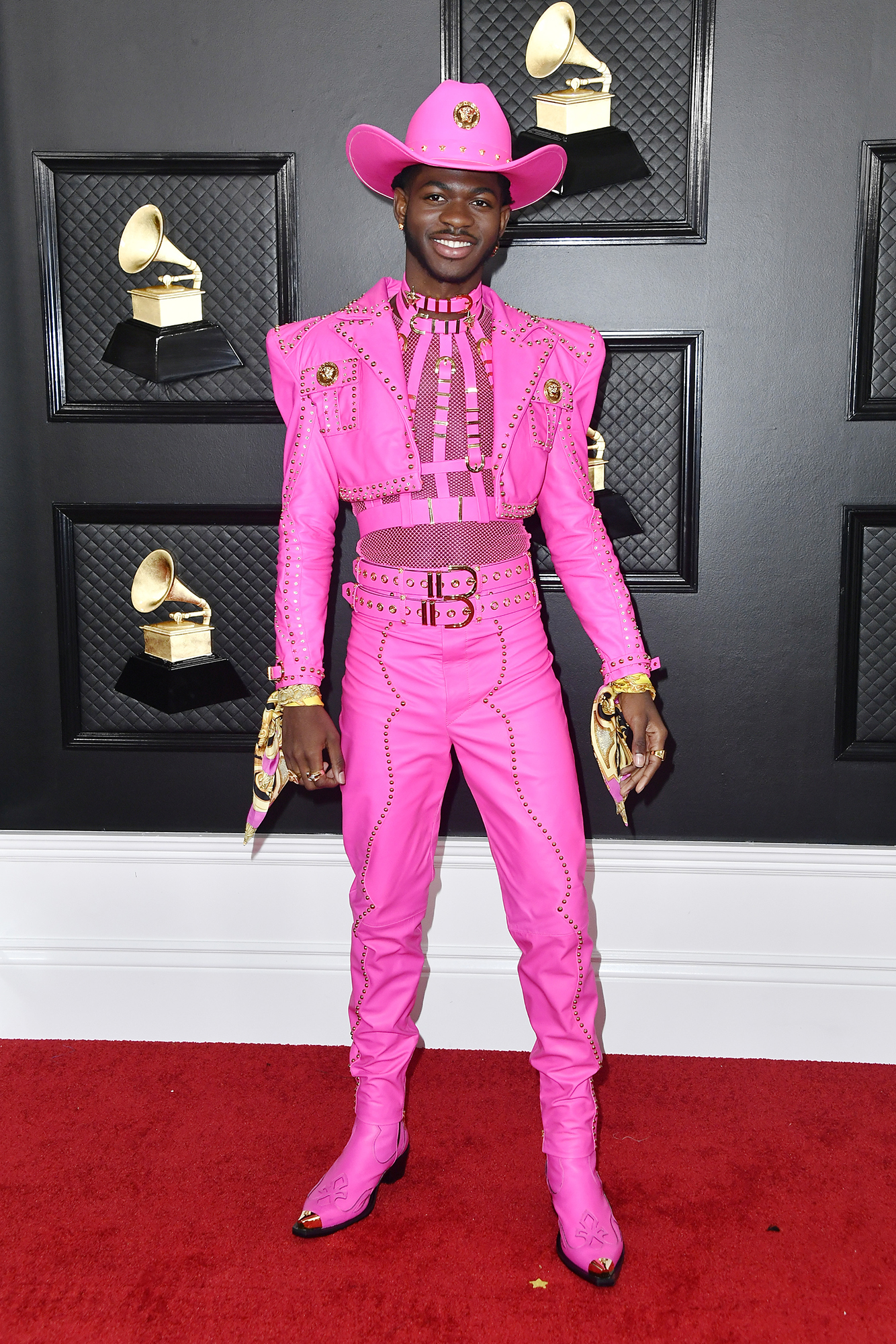 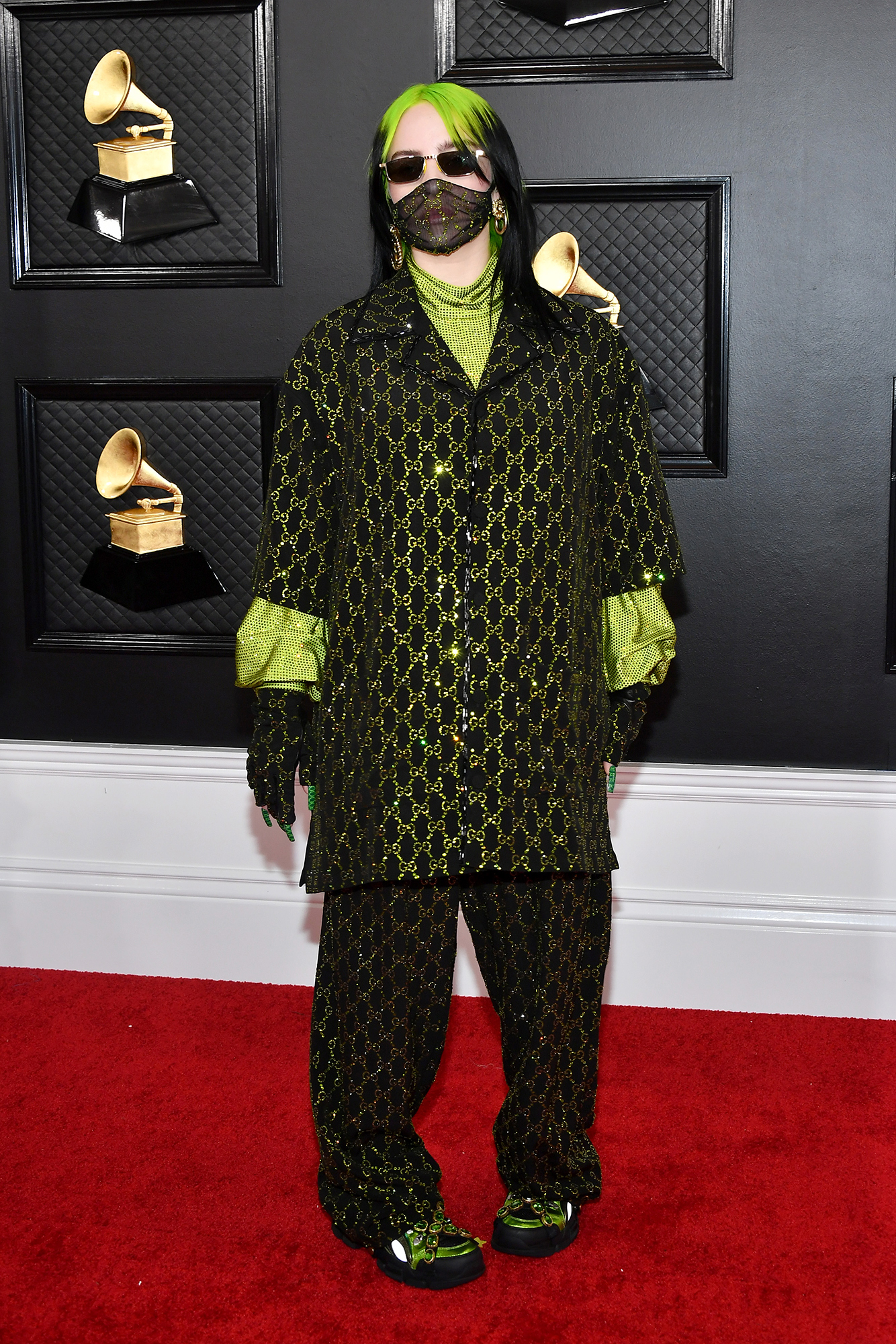 Another Grammys getup we couldn’t stop Googling? The “Bad Guy” singer’s logo-embellished Gucci suit, bedazzled top, fingerless gloves and jeweled sneakers — all of which perfectly matched her green hair. She even completed the look with a coordinating face mask, suggesting she might just be a clairvoyant in addition to a chart-topping pop star. 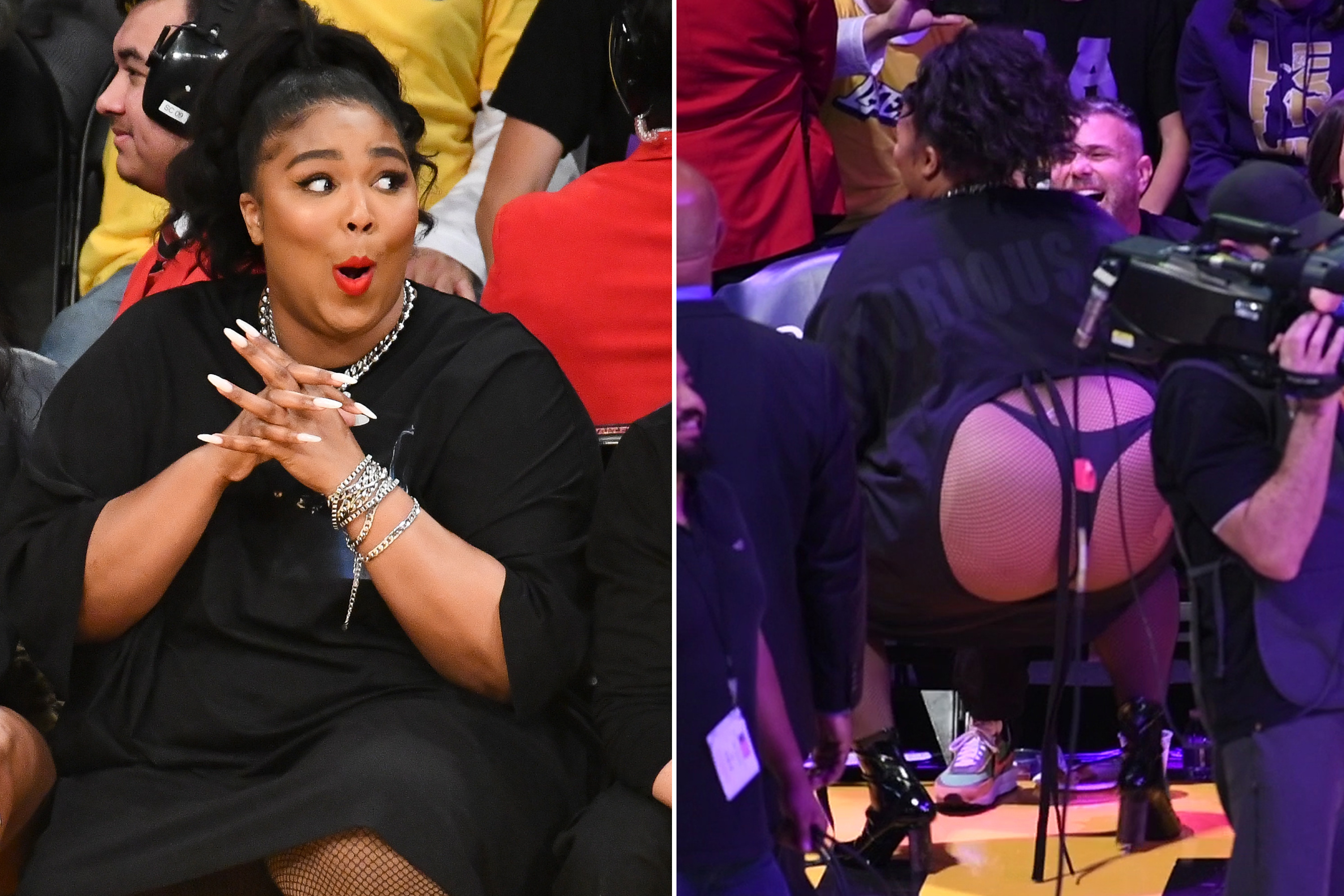 We couldn’t get enough of the look Lizzo wore courtside last December to watch the Los Angeles Lakers play the Minnesota Timberwolves: a seemingly simple black T-shirt dress with a revealing butt cutout. The pop phenom even twerked for the crowd as her hit song “Juice” played, giving everyone a peek at her matching thong. 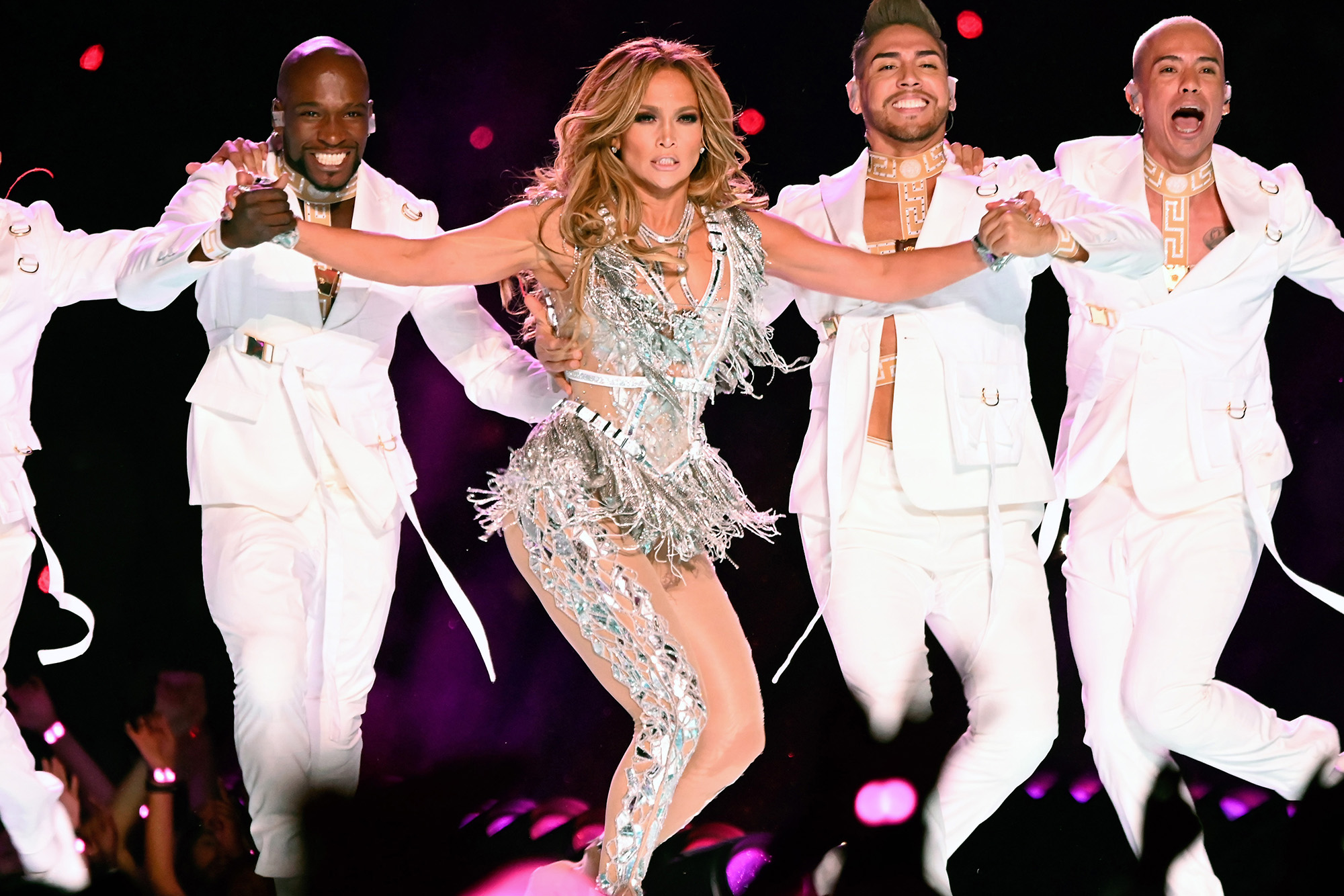 Is it any surprise that the star responsible for Google Image Search would continue to keep us searching for her style? This year, she made the list with a series of sexy Versace costumes for her Super Bowl halftime performance, which ranged from a black leather bodysuit and matching chaps to a sheer sequined silver catsuit. 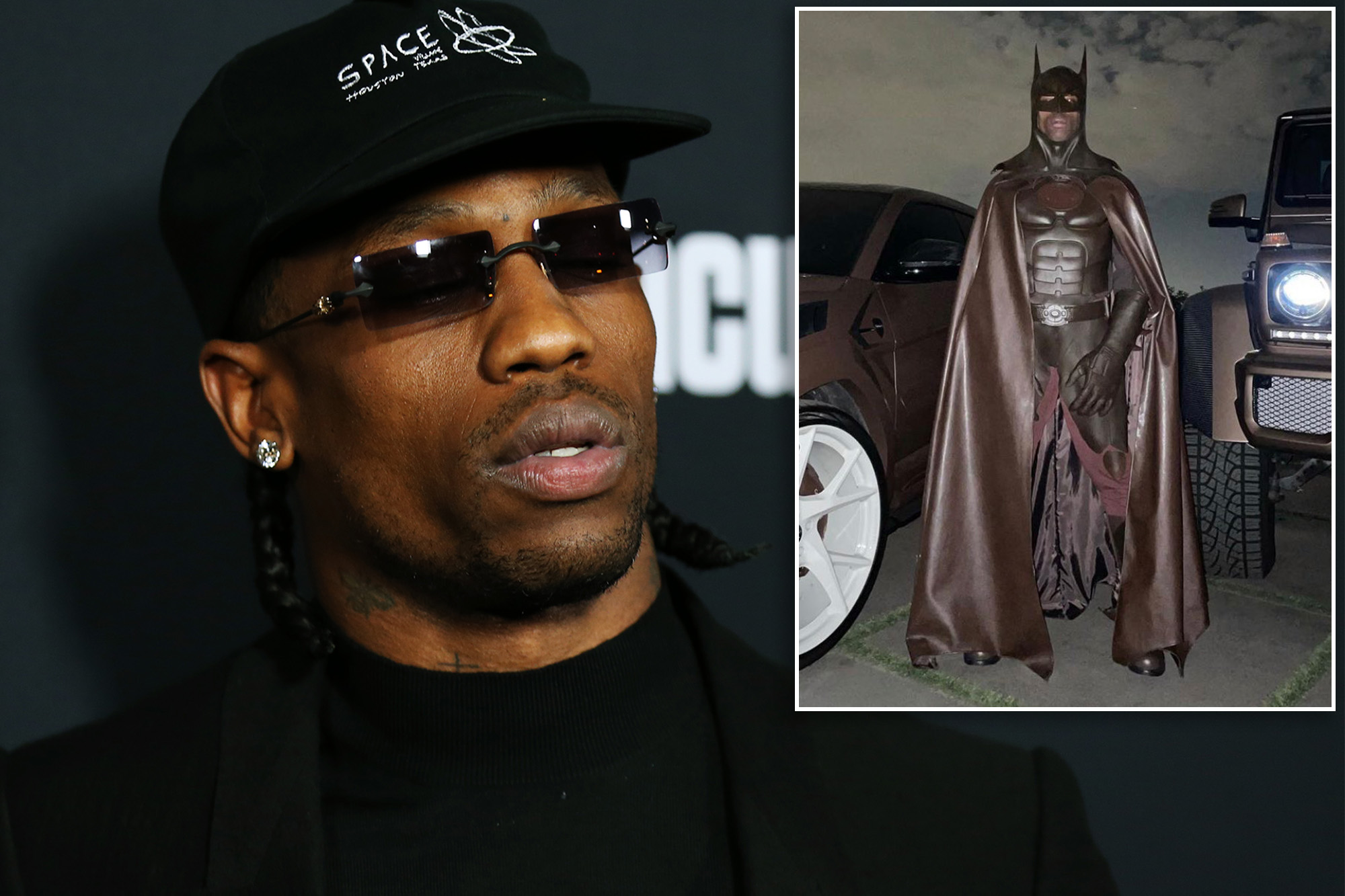 The “Sicko Mode” rapper was mercilessly teased over his Batman Halloween costume this year, with many on Twitter saying he looked more like a “cockroach” or “flea” than the famed superhero. Scott even deleted his Instagram in the aftermath — although a source later told Page Six that he did so not because of the trolling comments, but rather to “focus on his family.” 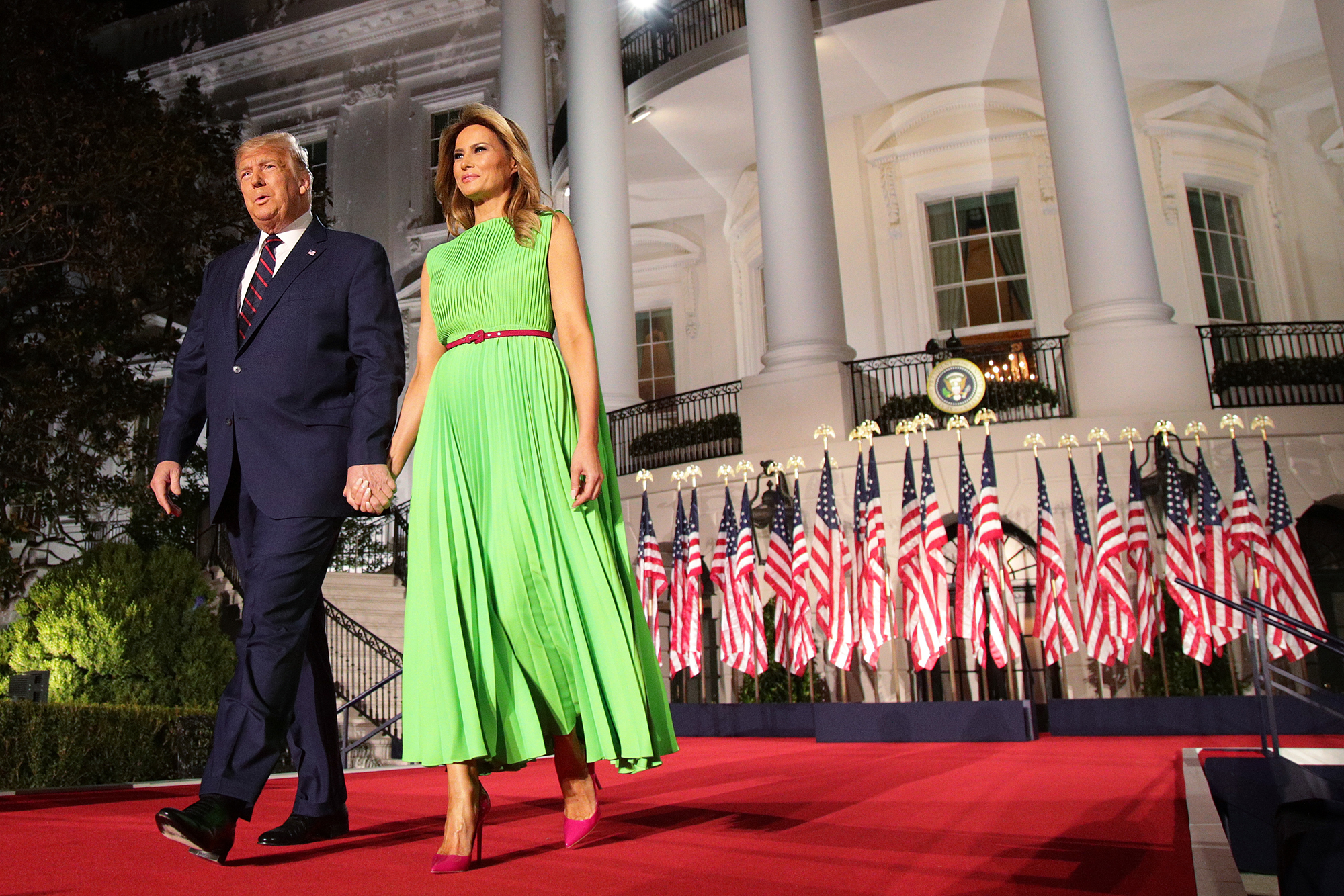 The outgoing FLOTUS most likely made Google’s list thanks to the neon green Valentino frock she wore at the 2020 Republican National Convention, which social media users quickly realized could be used as a green screen. Let the memes begin! 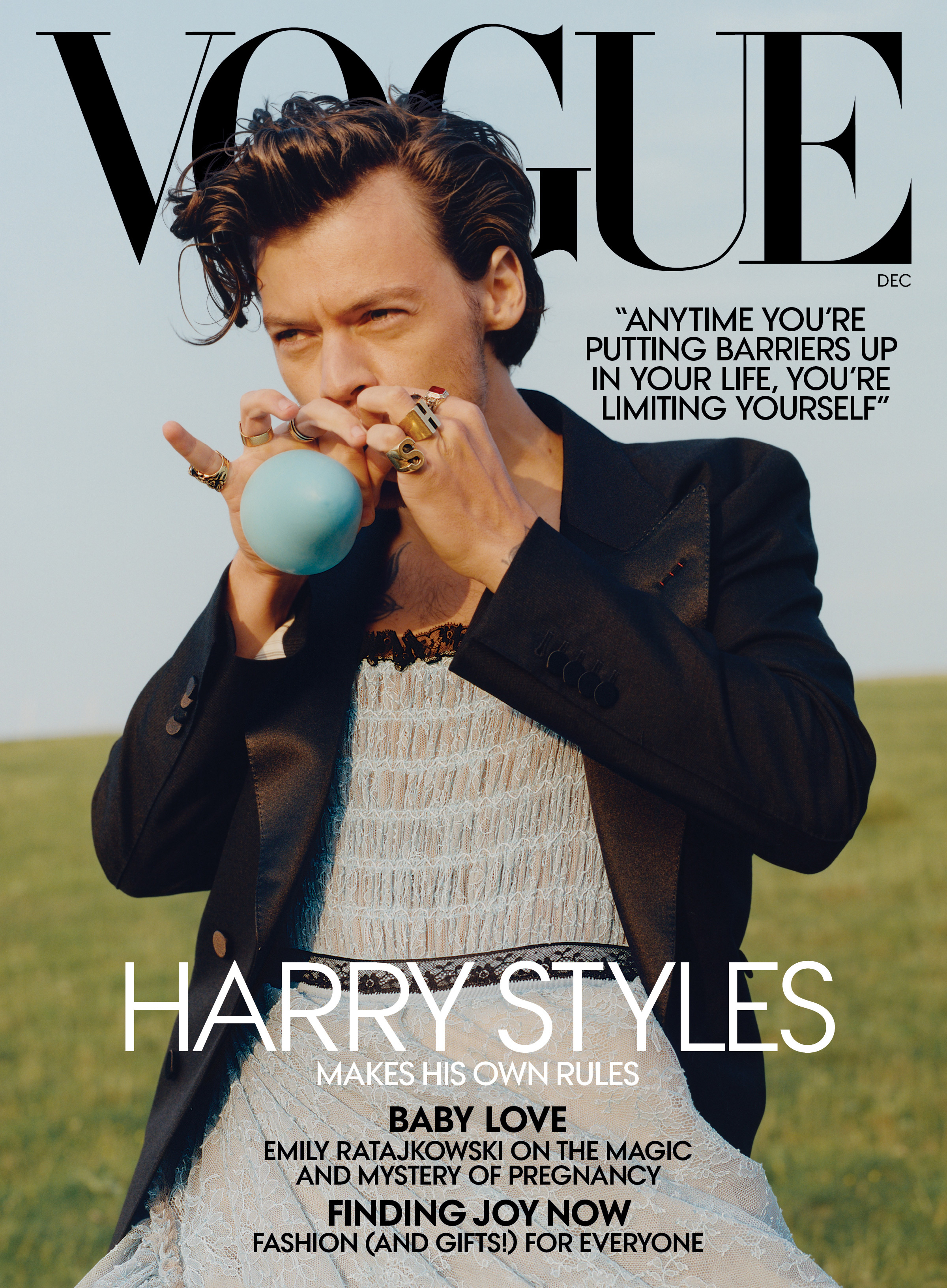 The “Watermelon Sugar” crooner’s gender-fluid style has long captivated the world, but it was his Gucci gown-clad December 2020 Vogue cover that really got people talking (and searching) this year. Fans joined waitlists in attempt to score the hot-selling issue — which featured Styles in plenty of other traditionally feminine looks — while conservative firebrand Candace Owens felt personally offended.

“In the west, the steady feminization of our men at the same time that Marxism is being taught to our children is not a coincidence. It is an outright attack. Bring back manly men,” she tweeted along with a link to Styles’ cover.

“Clothes are there to have fun with and experiment with and play with,” Styles told Vogue. “What’s really exciting is that all of these lines are just kind of crumbling away. When you take away ‘There’s clothes for men and there’s clothes for women,’ once you remove any barriers, obviously you open up the arena in which you can play.” 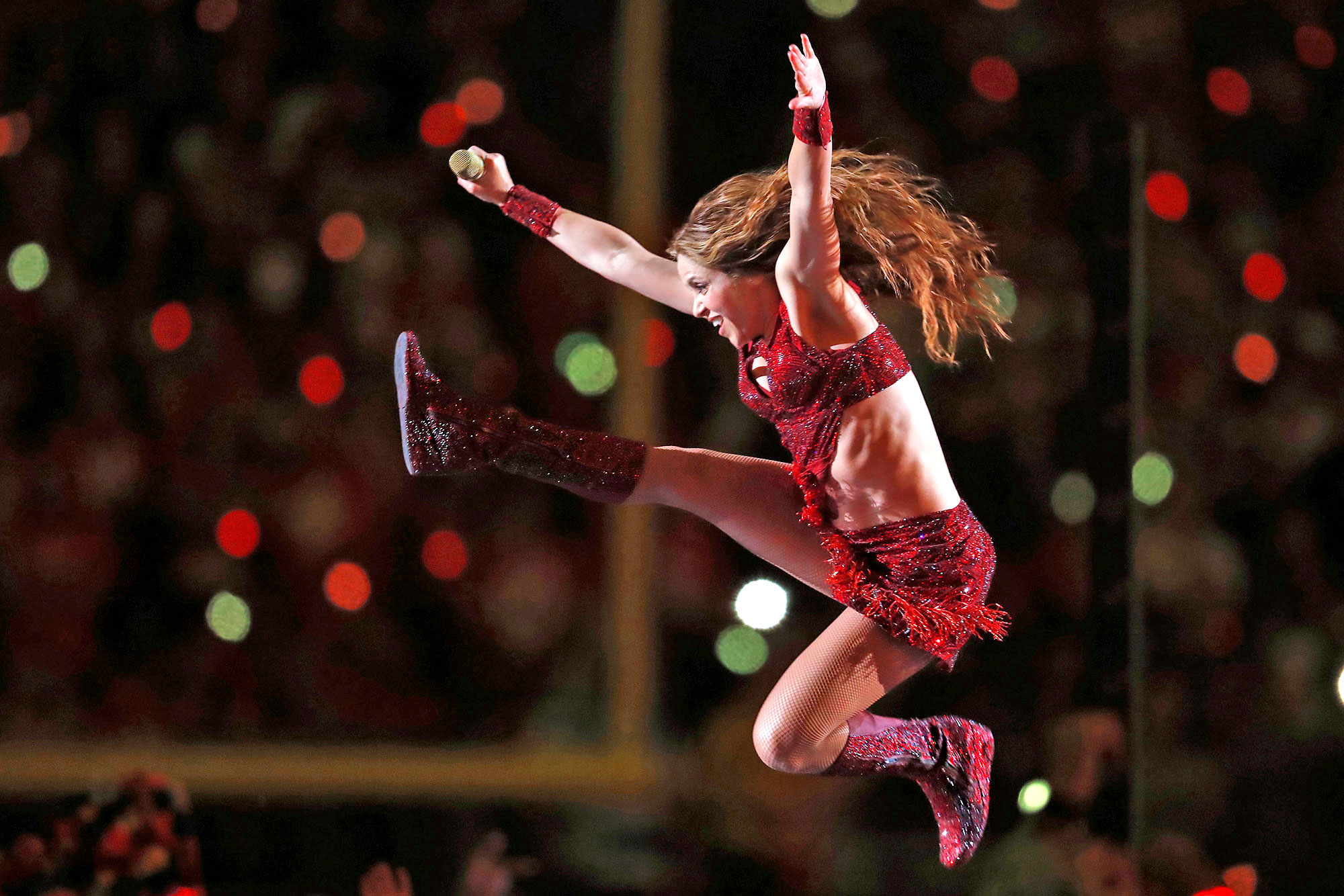 J.Lo wasn’t the only Super Bowl halftime performer to capture our attention with her costumes — Shakira’s looks from the show also generated plenty of search. Of particular interest? Her red-hot beaded crop top and skirt combo by Peter Dundas, which was adorned with nearly two million Swarovski crystals and accessorized with custom bedazzled boots by artist Daniel Jacob worth $20,000.