Woman poses for a seemingly innocent balcony photo – but can YOU see what’s making it go viral?

At first glance, it appears just like any other photo shared on social media; a young woman poses on a balcony on a summer’s evening.

However, a closer look reveals the main subject is being upstaged by some rather saucy antics going on in the background.

Posted by @PirateMulwana on Twitter with the line ‘retweet when you see it’, the photo has quickly been shared, although some admit they haven’t yet spotted what’s causing all the fuss. 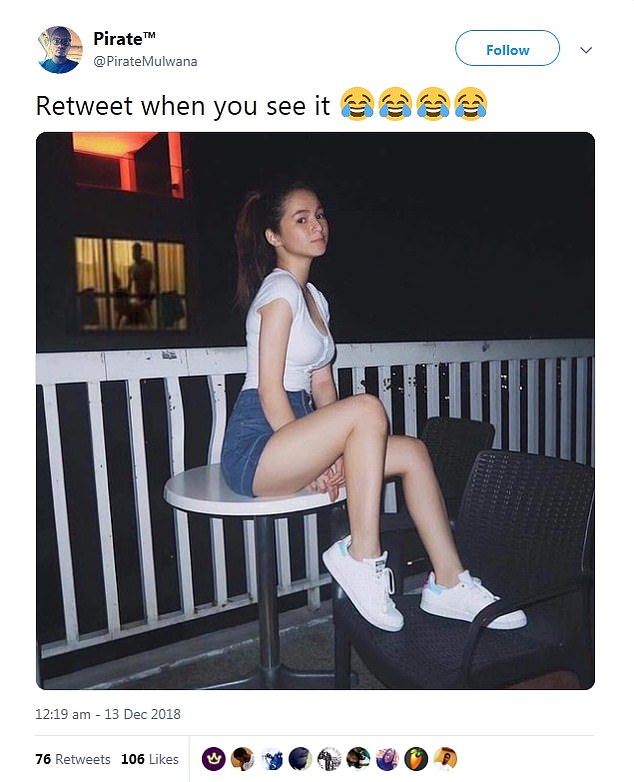 A young woman poses for a photo on a balcony. Nothing remarkable about that, until you spot what’s going on in the background…the image has since gone viral  on Twitter after user @PirateMulwana asked people to ‘re-tweet when you see it’

Behind the young woman, who’s sat on a table wearing denim shorts and a white t-shirt, is a clear view of an apartment in which a couple appear to be enjoying some late-night entertainment.

The silhouettes of the pair are seen in the dimly-lit room cutting a raunchy pose.

Unsurprisingly, there have already been hundreds of re-tweets, with many posting a variety of different emojis.

Although it’s unclear where the image is shot or whether Photoshop has been liberally applied, it’s certainly captured the imagination of social media users. 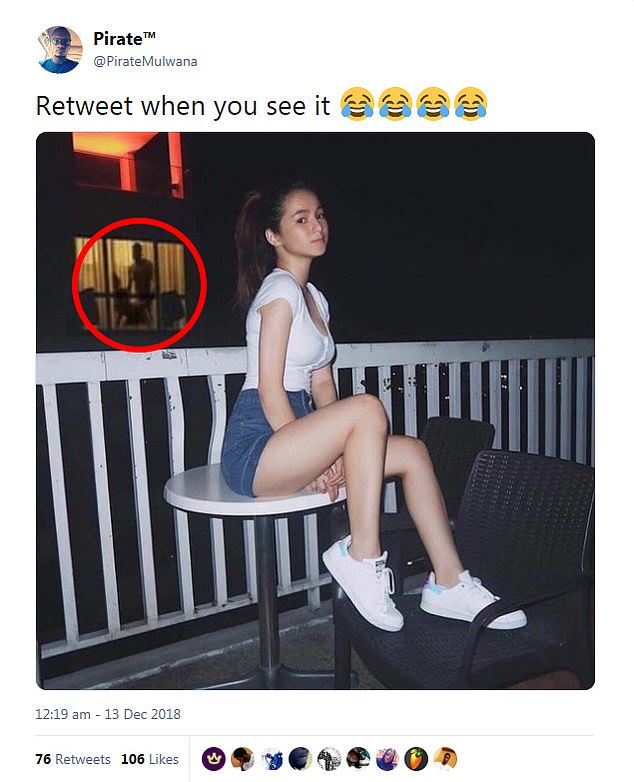 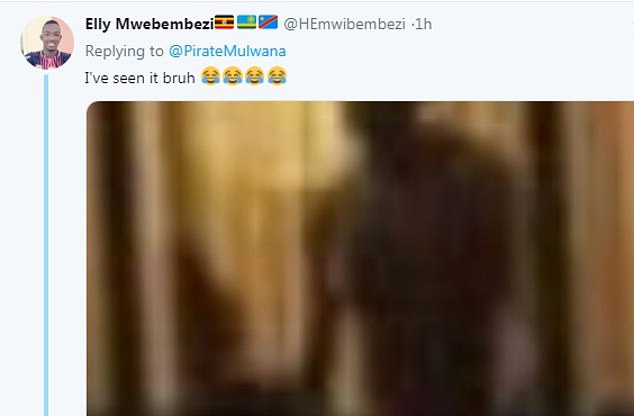 Don’t look too closely! One Tweeter zoomed in on the background of the photo 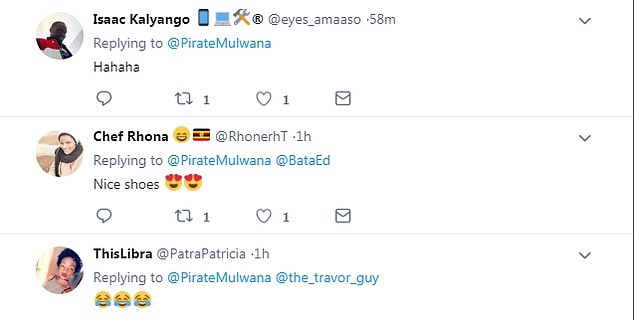