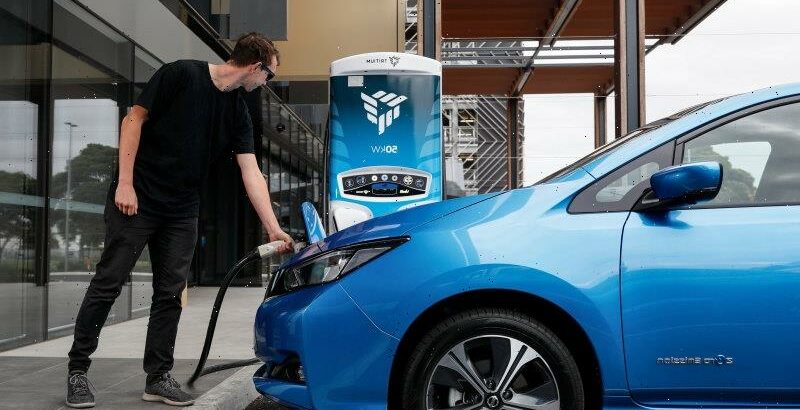 Australia will become a dumping ground for old-model petrol and diesel cars unless it does more to encourage motorists to buy electric, car makers say, following the United Kingdom’s move to penalise manufacturers that don’t sell enough clean vehicles.

Major markets including the UK, Japan, France and Germany will ban combustion engine sales between 2025 and 2030 and provide funding to encourage motorists to buy electric vehicles. 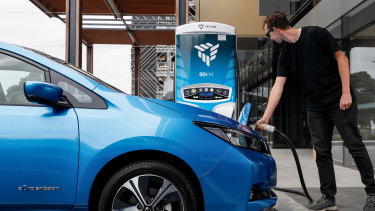 Car makers are warning that Australian motorists will be left with old-model petrol and diesel models as electric vehicles are sent to countries with policies to drive uptake of clean cars.

They, along with the United States, have set limits on carbon dioxide that can be emitted by a company’s entire range of models sold into each market to limit sales of polluting models and US President Joe Biden has set a target of 50 per cent electric vehicle sales by 2030.

British Prime Minister Boris Johnson this week announced £620 million ($A1.14 billion) for electric vehicle charging infrastructure and grants for motorists and imposed penalties to apply from 2024 on manufacturers that don’t meet targets for a minimum proportion of electric vehicles sales across their fleets.

The Australian government is expected to release its future fuels strategy, including electric vehicle policy, in the coming weeks.

The government would continue to invest in infrastructure to support electric vehicles and consumers’ switching to new fuels, Mr Taylor told this masthead. He ruled out bans on petrol and diesel vehicles and accused car companies calling for policies to boost electric vehicle sales of rent-seeking.

“We’ll continue to invest in fleets and infrastructure to support those Australians who want to drive an EV,” Mr Taylor said. “What we won’t do is force Australian motorists out of the car they want to drive through bans or taxation.

“I don’t believe for a minute that car companies driven by profits will exit a major market. This is just a stunt by car companies to make the Australian government use Australian taxpayers’ money to prop up their bottom line.”

But car makers told The Age and The Sydney Morning Herald that, due to competition for the limited number of electric vehicles available globally, they might be forced to sell their end-of-line petrol models in countries that weren’t growing their electric vehicle market and target sales in more attractive jurisdictions.

Volkswagen Australia electric vehicle manager Kurt McGuiness said Australia had “no real case to make” for car makers to send cheaper electric models Down Under because there were no emissions regulations or penalties for manufacturers that flooded the market with older models.

“In order for Australia to be taken seriously and start seeing more mass-market electric vehicles that everyday Australians can afford, we need a national approach, driven at a federal level,” he said. “As the UK is a major right-hand drive market, Australia continually loses production priority to the UK because of the financial and regulatory imperatives there.”

Nissan Australia managing director Adam Paterson said it was crucial for the government “to provide clear direction to the market on what the short, mid, and long-term objectives should be”.

“The reality is that EV production is still scaling up to meet existing market targets globally, so naturally production will always be prioritised to the markets that have the strongest demand and requirements,” Mr Paterson said.

“Supply for Australia may be constrained as larger markets with greater demand for zero emission vehicles are prioritised,” Mr Thomas said.

Electric Vehicle Council chief executive Behyad Jafari said global companies would probably wring maximum value from investments they have sunk into car plants set up for petrol and diesel models by continuing to target markets where consumers had not developed an appetite for electric vehicles.

“Manufacturing plants set up for internal combustion engines and companies have to invest to transform production lines to make electric vehicles, or they can just keep them producing petrol and diesel engines. Australia is making itself a more attractive prospect for that to happen,” Mr Jafari said.