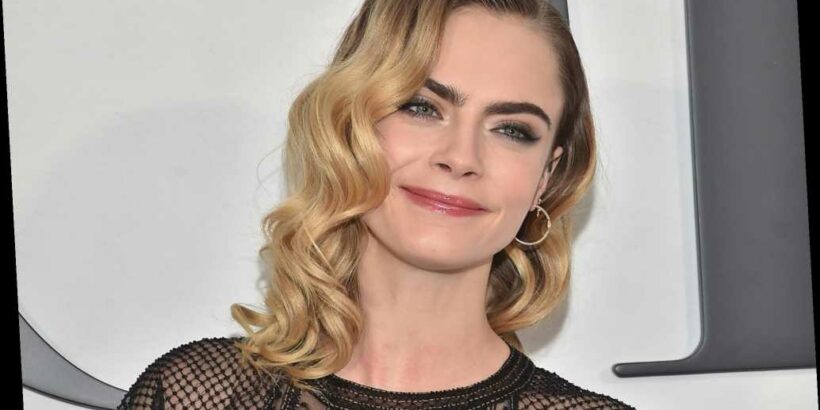 Since model Cara Delevingne became co-owner and creative advisor of women-led sex toy line Lora DiCarlo last fall, her friends have been getting some unusual gifts.

“My friends are like, ‘I know what I’m getting for Christmas.’ You know, I was sending around sex toys. I was like merry orgasm to you,” she tells Pharrell Williams on the new episode of his OTHERtone podcast, co-hosted by Fam-Lay and Scott Vener, dropping Monday. “But especially now — more than ever — I think it’s a really great time to enjoy those sorts of things,” she added.

Of the Lora DiCarlo line — which has shown at CES, and stirred up some controversy — Delevingne said, “We like to call it sex tech,” rather than, “calling it something like a ‘toy,’ because it’s not juvenile. It’s tech… and it’s really fun.”

“Women usually are sensitive creatures, right?” Delevigne adds of the sex toy industry — which she says had been dominated by male designers and manufacturers — but, “all these sex toys were made and they’re very like, they’re just too intense. You know, the whole thing about, like, vibration… sex [is] like so much about rhythm and all these things.”

She said working on the line has encouraged her to have “conversations about sexuality… I’ve had the most interesting conversations with my guy friends… I never used to talk about it.”

As far as her own past love life, “I would never say what I liked, or ask for what I wanted. I would assume that somehow they would eventually figure it out. Like, no, that’s not how it works. You need to ask, you need to talk about it, you know?”

She has previously said she’s “pansexual,” telling Variety last year, “I fall in love with the person — and that’s that. I’m attracted to the person.”