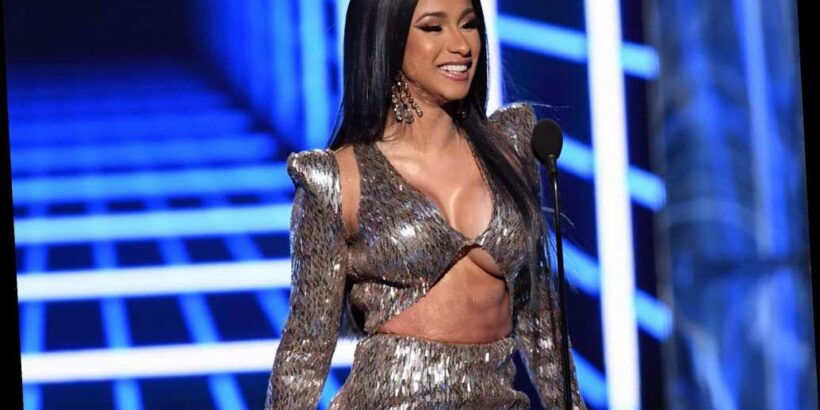 Best star snaps of the week: Reese gets ‘Icy’ while Cardi B heats up

Cardi B lets 2-year-old daughter Kulture do her makeup

Cardi B denies ripping off Jersey rappers with her new song, ‘Up’

Between her larger-than-life personality and her professional accolades, you might assume Cardi B has confidence in spades — but the brash, bodacious superstar says she felt “ugly and undeveloped” when she was younger.

In a candid chat with Mariah Carey for Interview’s March 2021 cover story, the 28-year-old “WAP” rapper discussed the beauty and body insecurities she faced growing up in the Bronx.

“I’m Trini and I’m Dominican, and there’s a lot of Dominicans that look a certain type of way. They have soft, pretty, curly hair,” Cardi explained. “Growing up, guys would ask me weird questions like, ‘If you’re Dominican, why is your hair so nappy?’ I used to dye my hair, and people used to be like, ‘Oh, your hair’s so crunchy.’ And it would make me feel so weird.”

It didn’t help that she was “really skinny,” the star added.

“In the Bronx, it’s about being thick and having an ass, so young boys would be like, ‘Look at your flat ass. You ain’t got no titties.’ And it would make me feel so ugly and undeveloped,” she recalled. 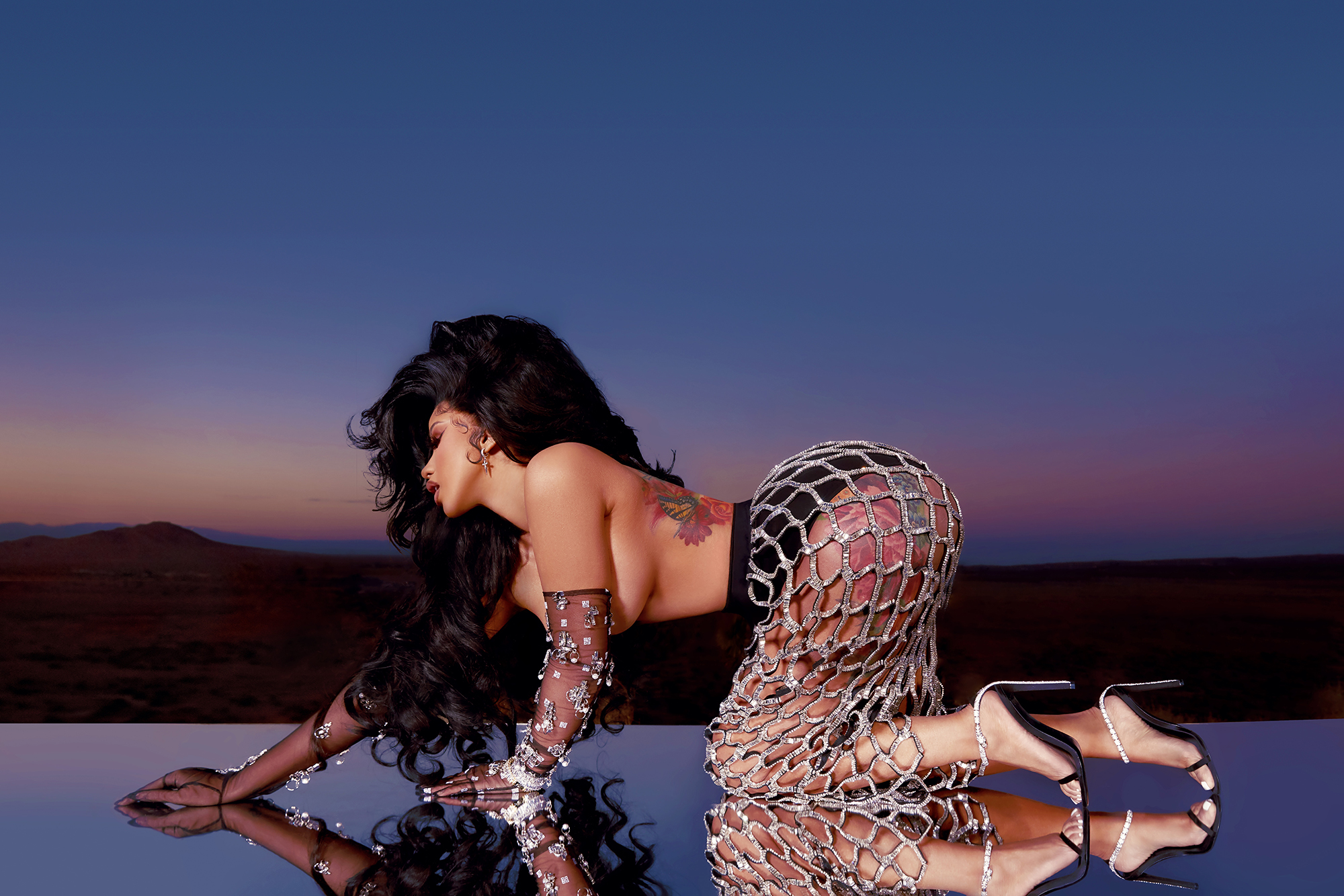 Now that she’s addressed those perceived issues with plastic surgery, Cardi said she feels “so vindicated.”

“Even when I was 18 and became a dancer, I had enough money to afford to buy boobs, so every insecurity that I felt about my breasts was gone,” she continued. “When I was 20, I went to the urban strip club, and in the urban strip clubs, you had to have a big butt. So I felt insecure about that. It took me back to high school. So I got my ass done. And then I felt super confident.” 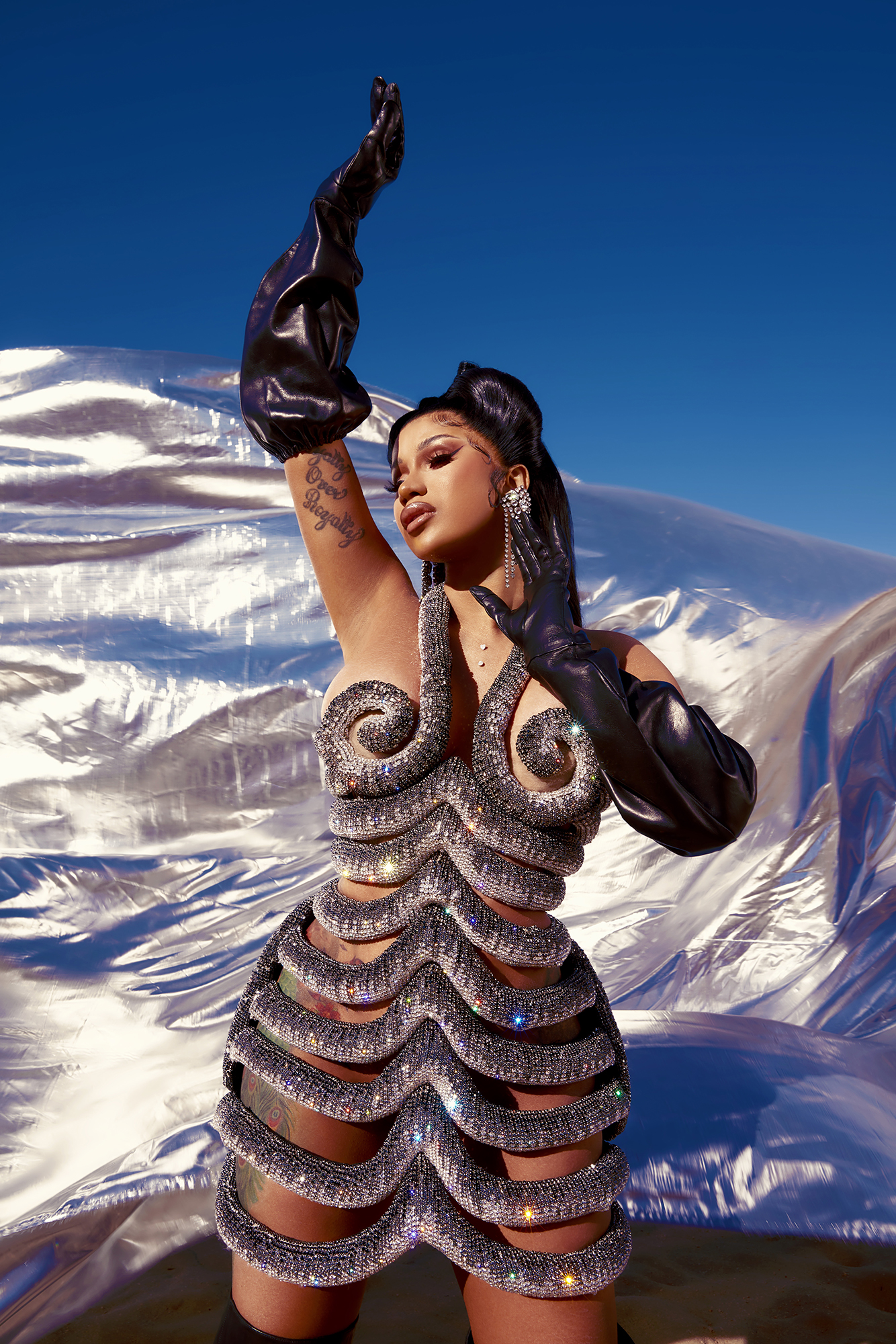 Cardi’s been vocal about her many cosmetic procedures — which included teeth veneers, liposuction and another breast augmentation after the 2019 birth of her daughter, Kulture — as well as the rough recovery time involved.

Learning to properly care for her hair — especially after having damaged it with bleach and perms in the past — was another breakthrough for the Grammy winner.

“Now I make my own hair mask and take care of my natural hair, and it makes me feel better, like what people were saying about me isn’t true,” Cardi said. “My hair was not bad because it was nappy. My hair was bad because I didn’t know how to take care of it.”

The “Up” rapper posed nearly nude for Interview, covering the issue in nothing but a pair of armored gold Balenciaga boots. Inside the magazine, she models more skin-baring styles from David Koma and Area Couture. 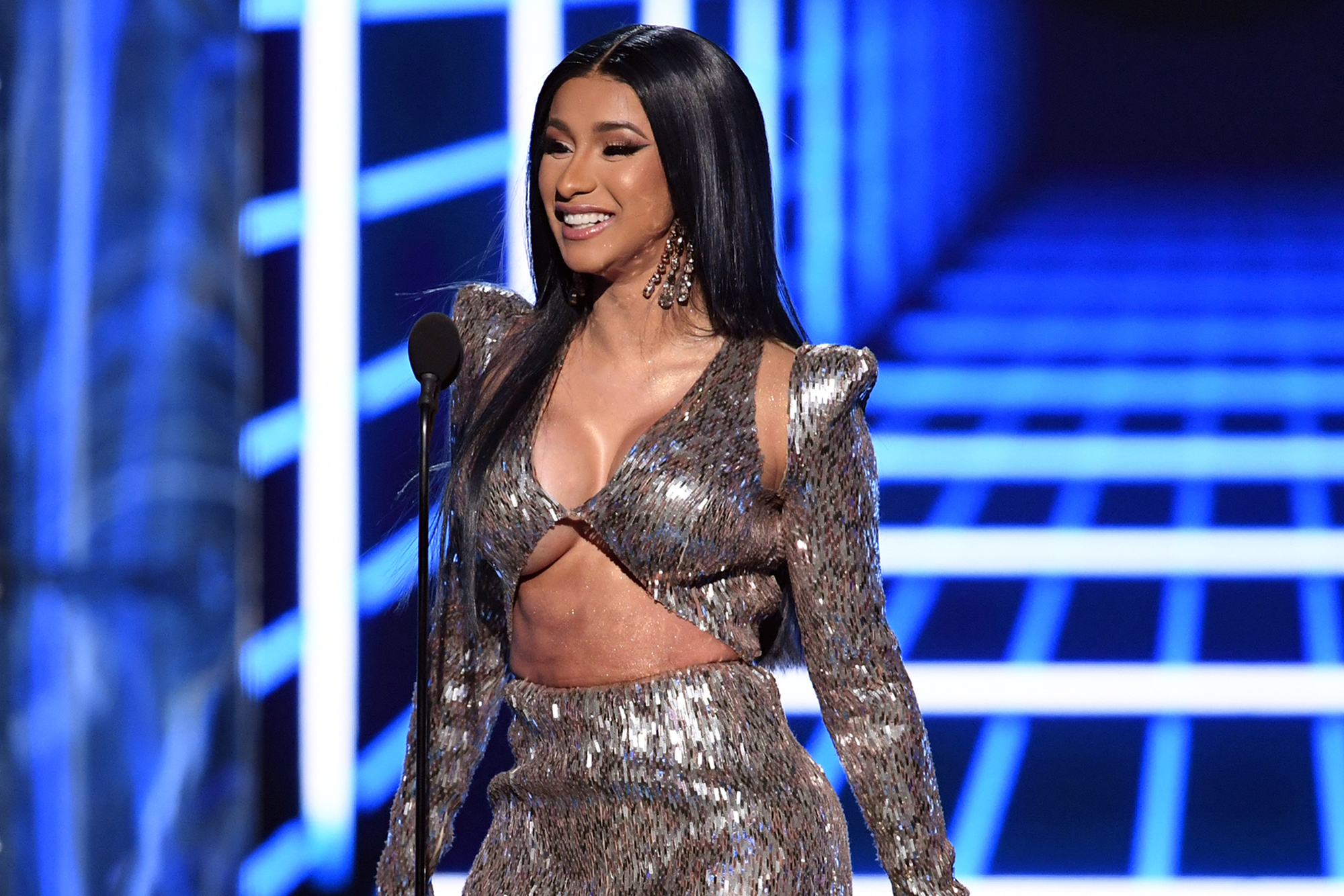