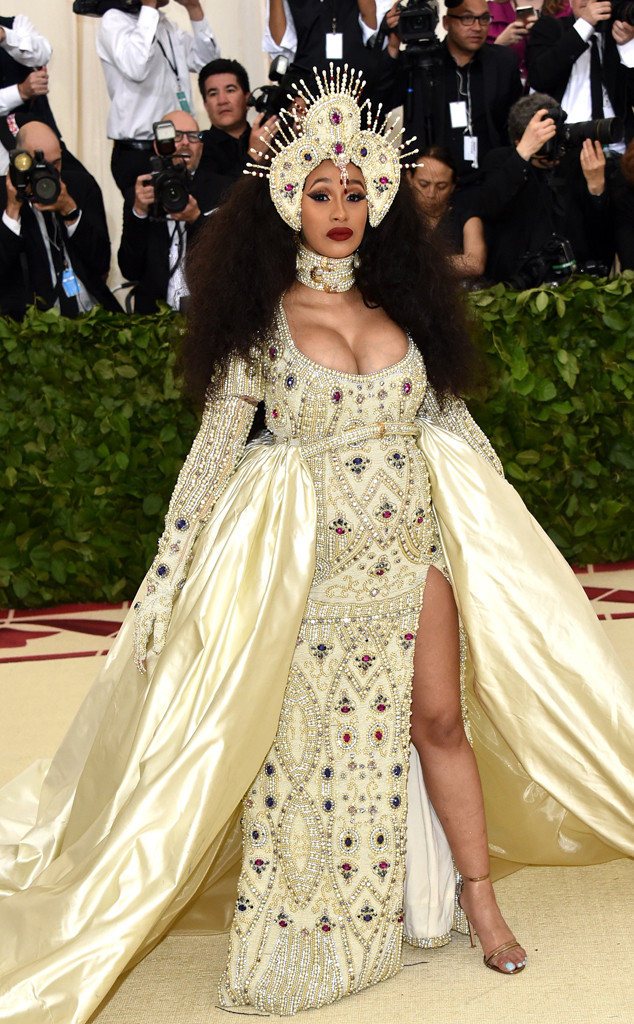 Cardi B isn’t afraid to set boundaries when it comes to engaging with her fans.

After her entourage allegedly attacked an autograph seeker following the 2018 Met Gala, the “Bodak Yellow” artist took to Twitter to set the record straight on her fan interactions.

“If you check my tag pics, I take a lot of pics with fans,” the rapper tweeted on Tuesday. “Some people are not fans and sometimes I don’t want no pics and I simply don’t want people too close cause of [my pregnancy]. I don’t know what are people’s intentions sooo I be careful. Why can’t people respect that?”

Police confirmed to People that a verbal dispute took place around 2:15 a.m. on Tuesday after a fan approached the rapper for an autograph outside of the Mark Hotel in New York. According to the magazine, a physical altercation then took place between the fan and three members of Cardi B’s entourage. People wrote that the suspects fled the scene before the authorities arrived and that the fan was then taken to New York Presbyterian Hospital with minor injuries.

TMZ obtained a video of the aforementioned altercation.

In the video, the alleged fan, who multiple outlets have identified as Giovanni Arnold, can be heard expressing his frustration over not getting an autograph.

“I just asked for an autograph, damn,” he said in the video.

According to TMZ, Cardi B’s fiance Offset then told the fan to “shut up.”

Per the video, the altercation then took place between the fan and three members of Cardi B and Offset’s crew.

“Our client was beaten to a pulp for requesting an autograph,” he said. “Our client was held in the hospital overnight for observation. The videos clearly show this was not an act of self-defense. The assailants fled the scene to avoid being arrested for their savage attack. No fan should ever be treated in this manner, and words never justify violence.”