Carolee Schneeman, a prime mover of performance art, a feminist visionary and one of the most influential artists of the late 20th century, died on Wednesday at her home in New Paltz, N.Y. She was 79.

The cause was breast cancer, said Wendy Osloff, co-founder of the gallery P.P.O.W., which, along with Galerie LeLong, represented Ms. Schneeman in New York. She had lived with the disease for more than two decades.

Ms. Schneemann found instant notoriety early on. In 1964, in Paris and New York, she staged an epochal performance event titled “Meat Joy.” Set to a pop-score composed by her husband then, the avant-garde composer James Tenney, the work had the appearance of an orgiastic free-for-all, with men and women, including the artist, rolling around on the floor in bikini briefs slathering each other with blood-red paint and clutching dead fish and chickens.

At regular intervals from 1963 to 1967, Ms. Schneeman and Mr. Tenney filmed themselves having sex. She then edited the footage into a film called “Fuses,” in which the couple are seen in close-up in their darkened bedroom — they shot their lovemaking by passing small cameras back and forth — with a rural landscape of changing seasons visible through a window. 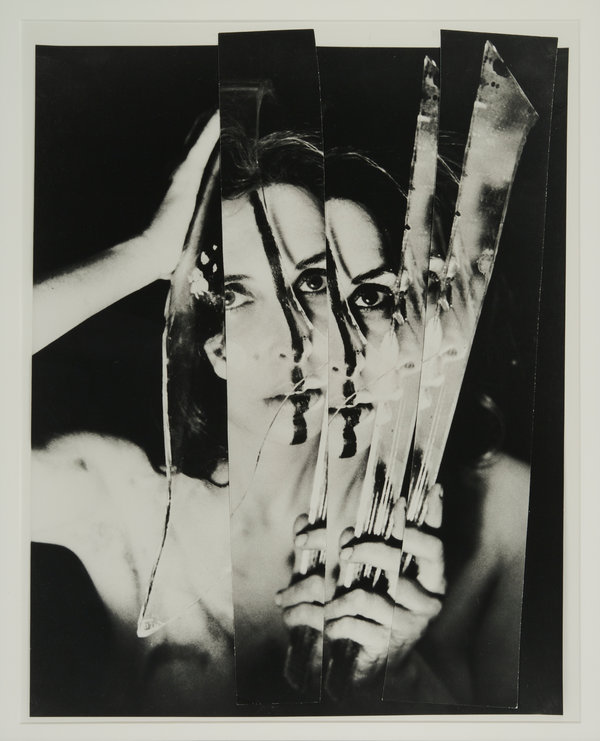 Most radically, the entire film is framed as if seen through the eyes of an observant but unjudging third party, a feline named Kitch, the first of several “muse cats” that Ms. Schneemann bonded with and included in her art over the years.

For the startling 1975 performance piece “Interior Scroll,” Ms. Schneemann stood nude on a table, posing like a studio model, while reading from a book of her collected writings titled “Cezanne, She Was a Great Painter.” The writings included a litany of misogynistic reactions a female artist could expect to encounter in her career, like these:

to have your brain picked

to have the pickings misunderstood

to be mistreated whether your success

if you are a woman (and things are not utterly changed)

they will almost never believe you really did it

(what you did do)

they will patronize you humor you

try to sleep with you want you to transform them

She then put the book down and slowly extracted a narrow strip of typewritten paper from her vagina, reading aloud the text on the scroll as it emerged. The words included a direct address to a contemporary filmmaker and theorist — female, as it happened — who had dismissed her work as “diaristic indulgence.”

Ms. Schneemann encountered critical resistance regularly, often from what seemed to be conflicting directions. Some feminists viewed her body-positive, pro-sensual art as exploitative, not as a bold assertion of female agency. In contrast, in 1969, when she screened “Fuses” at the Cannes Film Festival, an audience made up almost exclusively of male critics greeted it with anger: The film, it seemed, wasn’t pornographic enough for them. They saw it as a tease.

Carolee Schneeman was born on Oct. 12, 1939, into a middle-class family in Fox Chase, Pa., then a rural neighborhood of Philadelphia. Her father was a country doctor. She remembered poring over his anatomy books when she was very young.

“There was always physicality around us,” she said in an interview, “leaking, spilling out of boundaries, wounded farmers with bleeding limbs, hemorrhages, infections. No fantasy of the sanitized body in this household.”

Ms. Schneeman had an early interest in art and the natural world, and in 1955, over her family’s objections, she entered Bard College, in the Hudson Valley, on a full scholarship to study painting. There she ran into problems. The all-male studio faculty was primarily interested in having her pose for them. When, on her own initiative, she produced nude-self-portraits, she was expelled for a year on grounds of, as she put it, “moral turpitude.”

The punitive exile — she later returned to earn a degree — proved fortunate. She enrolled in the art program at Columbia University, where she met Mr. Tenney. She continued to paint in a gestural style that borrowed something from Cezanne and a lot from Abstract Expressionists like Arshile Gorky and Willem de Kooning. In her paintings of the 1950s, landscapes and bodies share a charge of organic energy. A nude portrait of Mr. Tenney could be mistaken for a tangle of tree limbs, or a garden blooming.

At the time, the high-minded anguish attributed to Abstract Expressionism had little appeal for her. What mattered in “action painting” was action, she thought — evidence of bodily motion. She took this aesthetic beyond wielding brushes to adding found matter to the surfaces of her canvases, then cutting them up and adding them to three-dimensional constructions, some with motorized components.

“In 1963, to use my body as an extension of my painting-constructions,” she later said, “was to challenge and threaten the psychic territorial power lines by which women were admitted to the Art Stud Club.”

It was a short, logical step from these studio solos into a theater. Ms. Schneemann made the transition as a founding member of Judson Dance Theater, along with the choreographer-performers Deborah Hay and Yvonne Rainer and the artist Robert Morris.

In the Judson aesthetic, everyday actions — walking, running, lovemaking — had expressive dimensions. “Meat Joy” was a natural, if operatically scaled, product of its spirit, and it was carefully choreographed. Ms. Schneemann had plotted its movements in preliminary drawings.

If “Meat Joy” reflected the liberationist spirit of its day, other work tapped into its dark political realities, specifically the war in Vietnam. In her 1965 “Viet-Flakes,” a video camera scans newspaper clippings of battlefield atrocities as if from the perspective of a marauding fighter plane. Two years later, she incorporated the film into a monumental stage piece called “Snows,” in which performers, taking directions from the audience, enacted sculptural tableaus derived from war pictures.

Just as Ms. Schneeman was forthright in advocating for self-determined pleasure, she was bold in confronting transience and mortality. A 1994-95 installation, “Mortal Coils,” was a multimedia memorial to 17 friends who had died. “Terminal Velocity,” in 2001, was based on enlarged newspaper photographs of people falling from the doomed World Trade Center towers on Sept. 11 that year. (She took critical heat for using these images so soon after 9/11.) In a multimedia installation called “Known/Unknown: Plague Column” (1995/96), shown at P.P.O.W., she focused on her own experience with breast cancer.

And she entered territories where few other artists were venturing, like interspecies communication. A video titled “Kitch’s Last Meal” (1973-78) is a five-hour gesture of mourning for the loss of a beloved companion. A 2008 video, “Infinity Kisses — the Movie,” in which Ms. Schneemann shares kisses with Kitch’s feline successors, may be her most unguardedly sensual work.

In the 1960s and 1970s, she had no gallery representation. She had to wait until 1996 for a modest museum survey: “Carolee Schneemann: Up to and Including Her Limits,” organized by Dan Cameron at the New Museum in Manhattan. (The show got its title from an installation in which she suspended herself in a tree-surgeon’s halter and drew on the surrounding walls, converting her body into a mark-making utensil.)

Ms. Schneeman, who lived in the Springtown section of New Paltz, is survived by a brother a and sister.

In 1999, she wrote to the MacArthur Foundation: “I am not the only woman artist with a distinguished history who has no way to sustain her work, nor provide for her future. I’m enclosing a bibliography as well as an exhibition and lecture sheet to clarify this extremely paradoxical history, the punishing facts of this mythic ‘career.’ ”

But in the last few years she began to be acknowledged as the history-shaper she was. In 2015, the Museum der Moderne Salzburg in Austria organized a near-comprehensive career retrospective, which later traveled to MoMA PS1 in Queens. In 2017, she took the international spotlight when she was awarded the Golden Lion for lifetime achievement at the Venice Biennale.

Most important was the growing recognition of her influence on high-profile younger figures like Marina Abramovic, Matthew Barney and Pipilotti Rist, and, directly or indirectly, on newer generations of artists who take the body, sexuality and gender as their brief. A born collaborator, Ms. Schneemann was well known for her generosity to fellow artists, and for her tireless drive to keep working despite “every sort of conceivable resistance.”

“Death is greedy,” she wrote near the end of last year, “So on we go, with all the love and appreciation we can express to each other.”