Extreme opulence, drama, family drama, romance and then also more drama — Crazy Rich Asians has all the makings of a summer blockbuster, and based on its opening day success, it seems like we’ve got a winner on our hands. But if you’re a consummate bookworm (wear that title proudly, my nerds), you may be curious how the 2013 book lives up to the film adaptation. So here’s what happens in Crazy Rich Asians, the book. There are spoilers ahead.

Rachel Chu, an Economics professor living in New York, been dating fellow academic Nick Young for two years. At 28, Rachel is wholly confident in her career and in her choice of partner, though her mother, Kerry, often bemoans the fact that Rachel remains unmarried.

So when Nick suggests she come with him to Singapore for his best friend, Colin Khoo’s wedding, Rachel is… nervous. She’s never met his family, never been to Singapore, and when her mother immediately begins peppering her with questions – What will she bring as a gift? Will she and Nick be sleeping in the same room? – Rachel grows increasingly nervous. What does this international, summer-long trip signal for her and Nick’s relationship? And why hasn’t he told his family about her?

But as Rachel and Nick prepare for their, uh, casual "summer holiday," news has already spread across Singapore that Nick Young, the Nick Young, one of the wealthiest, most eligible bachelors on the island, has a new girlfriend. An American girlfriend. And Nick’s mother, Eleanor, is far from pleased. Life for her, and for generations before, has been dictated by a highly intricate set of social rules. And Rachel – well, just her existence violates at least several of them. So Eleanor hires a private detective to suss out who Rachel really is. 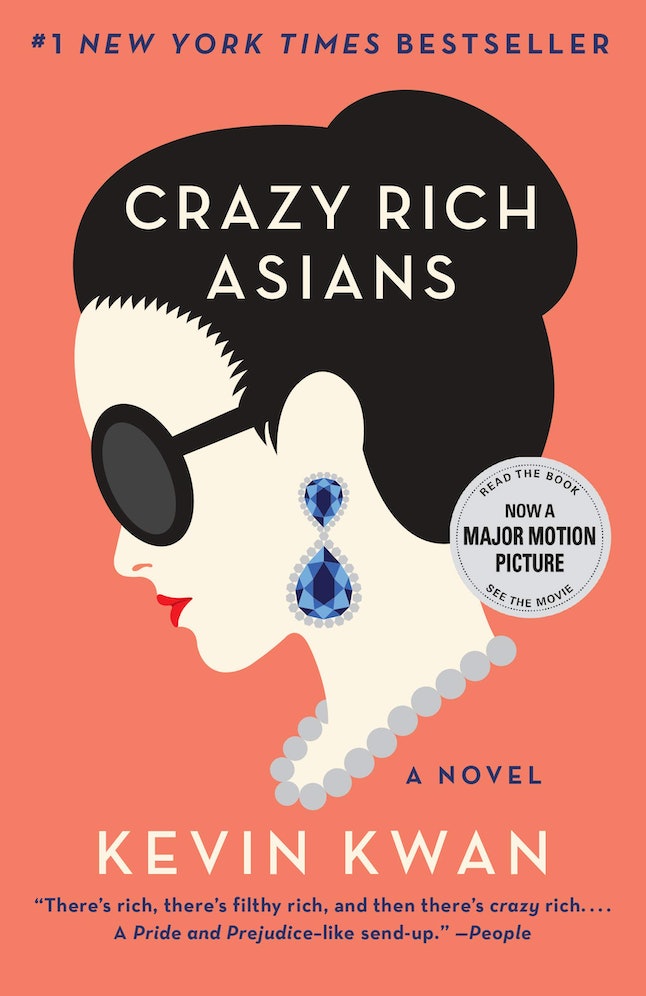 Despite being warned by his cousin, Astrid, that Rachel deserves to be forewarned about their family (and, frankly, about Nick’s mother), Nick puts off telling Rachel of his complicated family dynamics or his monumental wealth. So when they step off the plane, Rachel is buried under an avalanche of toxic interactions.

Meanwhile, Astrid is struggling with her own relationship. Her husband, Michael, has become increasingly distant, spending long hours working, spending money on suspiciously elaborate dinners and buying jewelry that Astrid never sees. Astrid is convinced that Michael is having an affair – and when she confronts him, he immediately owns up to the accusation. And leaves.

Eleanor and her cohort of ultra-wealthy matriarchs set upon Rachel, enlisting Francesca, Nick’s ex-girlfriend, to essentially bully Rachel. They freeze Rachel out. They imply she’s a gold digger. And finally, Eleanor drops what she thinks will be the ultimate, break-up-inducing truth bomb: That she has found Rachel’s father – and he’s in prison. Her mother? She’s wanted on kidnapping charges.

Exhausted and hurt by the stream of social cruelty, Rachel leaves Nick and goes to hide out at her college roommate’s home. Nick heads to Colin Khoo’s house, heartbroken and estranged from him mother and grandmother. But Colin convinces Nick to contact Rachel one last time, and he shows up, with her mother, as she’s preparing to meet her imprisoned father.

Oh yeah, and remember Astrid and Michael? Astrid tracks him down in Hong Kong, with the help of her ex-fiancee. Michael is not living with his mistress — because there never was one. He concocted a plan to make Astrid think he was having an affair, so their marriage could end. Astrid’s family is too much, Michael admits. Too intense, too toxic. He can’t live in that environment anymore.

Anyway, Rachel’s mother, Kerry, reveals that the man in prison is not Rachel’s father. While in an abusive marriage, Kerry had become involved with a neighboring 18-year-old. She became pregnant and fled, out of fear that her child’s real father would be found out. The man in prison? That’s Kerry’s abusive husband.

The book ends, as every good first-in-a-series does, with a bit of a cliffhanger. Will Astrid and Michael reconcile? Will Rachel and Nick get married? And after witnessing firsthand the ways in which his mother and grandmother abused Rachel, will Nick ever speak to them again? You’ll just have to read Crazy Rich Asians — and the sequels China Rich Girlfriend and Rich People Problems — to find out.