After seeing too many relationships ‘break down when we don’t express how we feel,’ musician and influencer CC Clarke takes on toxic masculinity in ‘Boys Do Cry.’

“I know you’re hiding something you won’t let out / acting so tough and trying to be too proud,” sings CC Clarke at the start of “Boys Don’t Cry.” In the new song, premiering on HollywoodLife, the London-based singer-songwriter/beauty influencer delivers an emotional bop to an unnamed lover, encouraging him to drop the macho act and come to terms with a fact: that “boys do cry,” and men need to acknowledge – and celebrate – their emotional side. With a sun-kissed beat that allows Clarke’s voice to shine on the track, “Boys Don’t Cry” is the mental health pop anthem for all those “boys” who need one.

“‘Boys Do Cry’ is about not being afraid to break down your barriers and show your emotions in order to feel and heal – and that goes for not just ‘boys’ but all of us,” CC shares with HollywoodLife. “There is such a stigma around men not talking about their mental health, though and especially after the year we have had, I felt it was a really important message. Relationships break down when we don’t express how we feel and actually talk to each other, so I hope people can feel a sense of reassurance and determination when they listen to this. Have a dance, have a cry and live life to the fullest!” 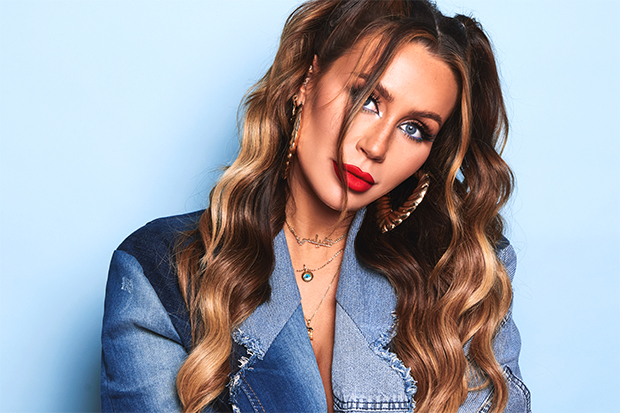 Though a good portion of the internet knows CC mostly as a beauty personality, music has been her passion ever since she was a little girl (when she would write out lyrics, which her parents mistook for her copying poems out of a book.) Her interests in beauty and music finally intertwined when, while appearing in an advert for Maybelline as part of their Color Sensational campaign, she was asked to provide a song to accompany the ad. Luckily, CC had just the thing: she shared, “Solo,” a track she’d eventually release as a single in 2018. This marked a dramatic first step in a musical career that is seemingly taking off.

“Boys Don’t Cry” follows her previous song, 2020’s “Not Playing,” a track described as a girl-gang anthem about not taking any garbage from any males trying to keep the glass ceiling in place. It certainly was a smash, hitting No. 19 on the iTunes Top 40 UK Pop Songs chart. Since then, she teamed with Sondr for a remix and continues to build a buzz as a beauty influencer is more than just a pretty face: she’s a sharp songwriter with an alluring voice.