Zooey Deschanel and Michael Bolton are bringing back ‘The Celebrity Dating Game,’ and HollywoodLife has an EXCLUSIVE preview of what the reboot has in store.

The Celebrity Dating Game is back this summer and ready to spice things up for a whole new generation. In this EXCLUSIVE preview, co-host Zooey Deschanel reveals that ABC has revived the classic dating show “with a twist.” While Zooey admits she wasn’t alive when the original show was on, her fellow co-host Michael Bolton was a huge fan back in the day.

“This is a show that I was watching in the 70s. I loved it then. It was a beloved show, and we’re glad they decided to relaunch it,” Michael says. The Grammy winner tells the contestants that there are “no apps” and “no phones” on The Celebrity Dating Game. “This is dating the old-fashioned way… separated by a wall on primetime TV.” 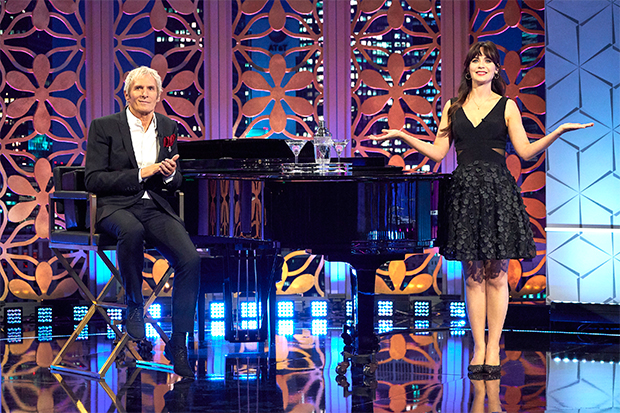 The series will feature celebrities like Iggy Azalea, Margaret Cho, Carmen Electra, Tyson Beckford, and more. The contestants will definitely be making the celebs blush! When Joey Lawrence asks what musical instrument the contestants would be, one gorgeous contestant says, “I would be a flute so your lips would be on me all the time.”

“It’s nice to have entertainment that’s fun and silly and can make people forget about all the serious stuff,” Zooey admits. This revamped version of The Celebrity Dating Game will offer the same feel as the iconic dating show, which originally ran on ABC from 1965 to 1973. 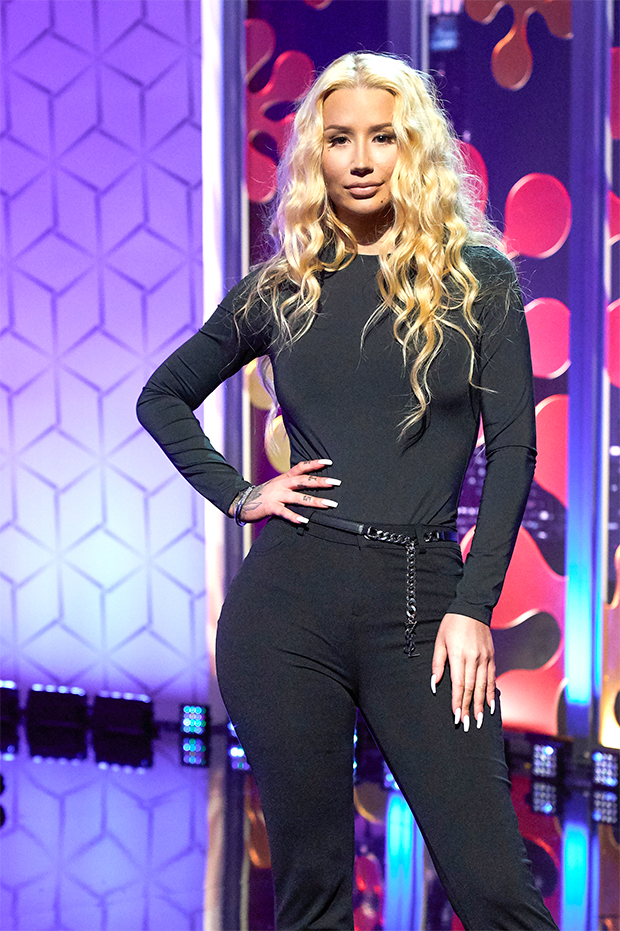 Each episode follows two celebrities who each pick one lucky suitor from a hidden panel of three bachelors and/or bachelorettes based on answers to a variety of questions. The twist is that the celebrity identities will remain a mystery to their suitors, who are given clues via hilarious parody song performances by Grammy-winning host Michael Bolton. The series premiere will feature celebrities Hannah Brown and Nicole Byer. The Celebrity Dating Game will premiere June 14 at 10 p.m. on ABC.