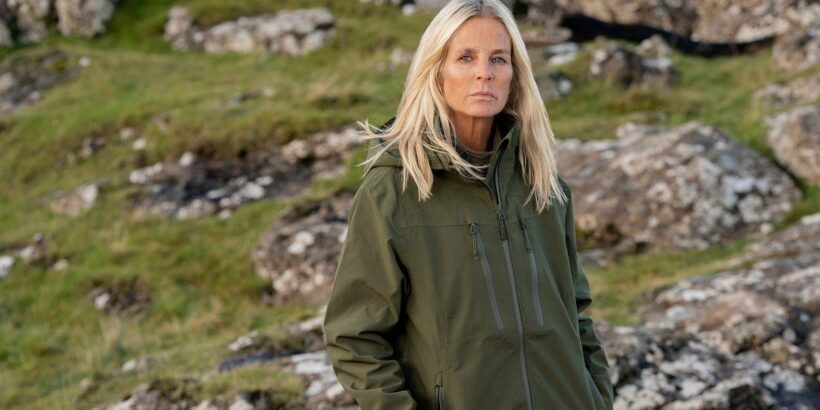 Celebrity SAS: Who Dares Wins is back with a lineup of 14 new celebrities taking on the gruelling challenges of the Channel 4 show.

The celebrities will be put through their paces in the heat of the Jordanian desert and this year the biggest line-up of recruits yet includesLove IslandwinnerAmber Gill, soap actressMaisie SmithandEx on the BeachstarAshley Cain.

The series is not only a test of physical strength but also mental too and during the series, there are many moments when the celebrity recruits are tested so far, it causes them to open up about aspects of their lives that they normally wouldn’t.

Last year, James Cracknell opened up about the breakdown of his marriage accusing his ex-wife of "chipping away" at his confidence after he suffered brain damage in a horrific cycling accident.

The Olympic rower, who recently married his second wife Jordan Connell, split from ex Beverley Turner in 2019 following 17 years of marriage and three children together.

"My wife, well now ex-wife – she is an amazing woman and an amazing mother – but she always viewed me through the prism of that incident.”

The Olympic rower added: “For someone who you love unconditionally to chip away at your confidence and then me not to reach out to mates and hide away, you're left thinking… the worst things about yourself.

Ulrika Jonsson appeared on last year’s series and said she struggles with self-esteem and that has “locked herself away from people”.

The TV star made the confession to trainers Ant Middleton and Jason Fox during an interrogation: “I want to see what fears I can face, I don't really know what my capabilities are.”

Asked about seeming to have lost some of her confidence, she said: “I think I've probably locked myself away at home in the last few years.

“Menopause didn't help, [it] brought on lots of anxiety and it was really easy to stay at home and hide away from everything.

“Going out was like not my thing or being around people, I do struggle with believing in myself but I need to gain something, I need to reclaim something. I want to, I feel I don't have very much self-confidence but I feel very determined…”

Ex-footballer Kieron Dyer opened up about being sexually abused by a family member as a child during last year’s series.

He said: “Obviously, that's the frustration and anger coming out. I didn't want to go on about sob stories or accomplishments, I wanted you to judge me from a clean slate, and yeah, I was a victim of sexual abuse when I was a kid.

"I was 11 or 12 from a family member and this monster, well this f*****g p**k turned me into a monster, and for the rest of my life the amount of people I've hurt because of these personality traits. Like family, dad, mum, wife, you can go on and on. I always had the mindset of do you know what, 'cause I'm a victim, this is the way I am.

He added: "The worry I have now is that even though I have this mindset, can I get to the end?”

Last year’s winner Alexandra Burke broke down over her mother’s death during an episode of the show.

She told Ant Middleton: "It comes from many places, actually, and I think the first place is…I get my confidence from my mum.

“She was my weapon, she was my secret weapon. To not have her, I feel like I’ve lost all purpose. The day she left, I feel…is the day she took all of me.

"And she died in my arms and she waited four hours for me to drive from f*****g Blackpool to be there."

This year’s recruit Fatima Whitbread has an emotional moment when she opens up about her childhood.

Fatima, 61, impressed the directing staff during the notorious gassing challenge, in which she kept her cool.

The sportswoman took the chance to open up to the DS’ Mark ‘Billy’ Billingham and Jason ‘Foxy’ Fox.

She said: “Yeah it’s hard, I didn’t expect it not to be, but you dig deep and see what you’ve got.

“I was abandoned as a baby, and some would say left to die, in a flat in London, and a neighbour heard that baby crying for a couple of days and didn’t see anyone coming or going, so she reported it.”

Fatima continued: “I spent the first 14 years of my life in children’s homes, I didn’t have any visits, I didn’t have any birthday cards or anything to indicate that there was anybody out there. I was fortunate to find the love of the Whitbread family at 14.”