Game of Thrones is a cultural phenomenon, not just due to the crazed fandom surrounding the series, but for the production itself. The show has won Emmys, Golden Globes, and various Guild awards galore throughout the last decade. The Writers Guild of America West Library puts notable screenplays for shows out for public reading, including Game of Thrones. Recently the Season 7 scripts joined the public display, for fans to pore over. The latest discovery: Cersei is pregnant according to Game of Thrones Season 7 scripts’ stage directions.

It should be noted this is not a technical leak of someone putting things up on Reddit they shouldn’t. The WGA has been putting scripts from Game of Thrones on display regularly, due to the show’s popularity. It’s just usually by the time the library puts out the ones from last season, the next season has already aired.

But with Game of Thrones Season 8 delayed until April of 2019, the Season 7 scripts have gone on display with spoilers still to be answered left over from 2017. The biggest question being Cersei’s pregnancy, and if it was all a ruse to trick Jaime into staying with her or not.

But the stage directions and character inner thoughts make the authors’ intent clear. Cersei is pregnant.

As you gear up #FortheThrone, ask our librarians how you can read the Show Bible and pitch letter written by David Benioff and D.B. Weiss for #GameofThrones. #tvwriting #writersofinstagram #writing

According to Vanity Fair, who sat down with the scripts the stage direction when she makes the announcement is as follows:

And when she and Tyrion sit down in her office to make a deal, the directions once again confirm she’s telling the truth. 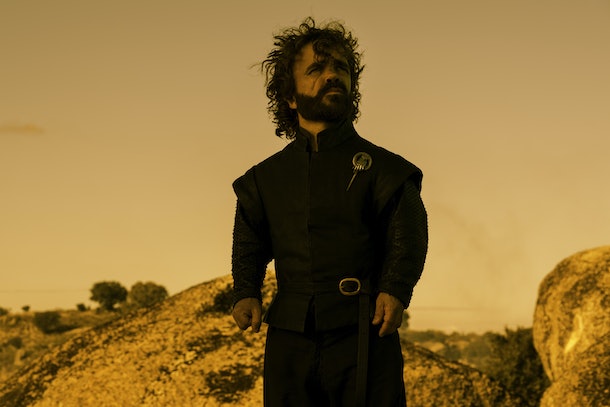 Speaking of Tyrion, there’s bad news for those of us holding out hope there isn’t a Tyrion-Dany-Jon love triangle brewing. In the fourth episode, when Jaime charges Dany and her dragon, the stage direction for Tyrion reads:

But at least Tyrion has his head screwed on straight o how dangerous a ruler Dany could prove to be. When she has her dragons take out the Tarlys, Tyrion’s inner monologue reads: 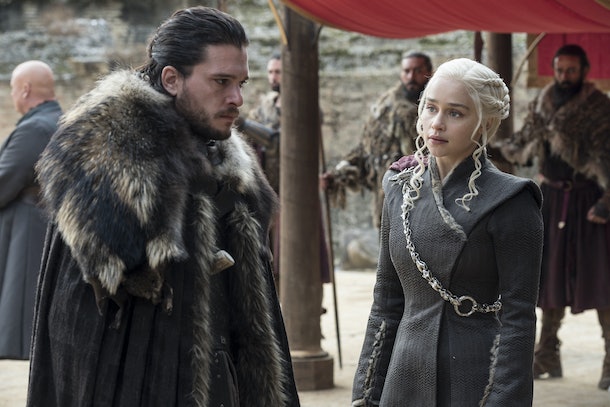 But perhaps the most exciting bit of script is from the final episode of Season 7 when Cersei and Dany finally meet. Back in Season 5, Cersei believed the prophecy of Maggie the Frog of a younger, more beautiful Queen who would come usurp her power meant Margaery.

Prophecies never play out the way one expects them to. Game of Thrones Season 8 arrives in April of 2019.