CHARITY worker Emily Rhoades managed to get onto the property ladder five years earlier than planned by purchasing a tiny one-bed flat in London designed to ease the housing crisis.

The 33-year-old first-time buyer from Surrey paid £258,000 for the "pocket home" in Kingston which measures just 40 square metres – smaller than the floor space of a double decker bus. 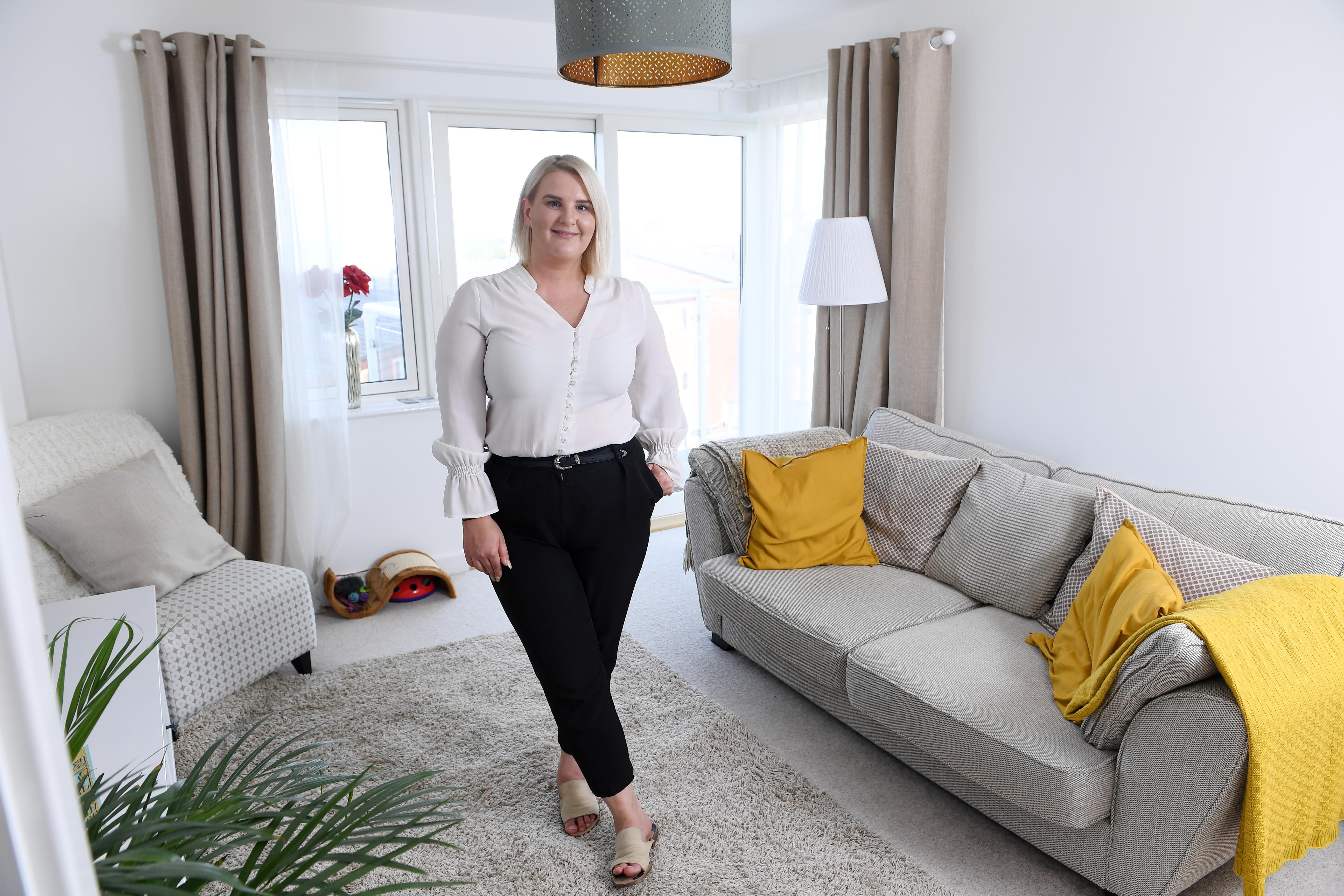 The new Pocket Living block of flats is part of London Mayor Sadiq Khan's plan to inject the capital with 116,000 affordable homes by 2022.

Properties are only available to first-time buyers who earn less than £66,000 – but they get to purchase their home at a 20 per cent discount.

The new scheme has been hailed as a way to help fix the housing crisis, enabling thousands of wannabe first-time buyers grappling with rising rents and falling wages on to the ladder.

But the step-up comes at a cost. Firstly the homes are smaller than the average one-bed flat.

Homeowners must also sell on the properties with the same 20 per cent discount.

A clause which could cause some concern as house price rises in the capital have started to stall.

For Emily, our latest first-time buyer to feature in our My First Home series, it meant she was able to get onto the property ladder five years earlier than planned.

Here she reveals what it's really like living in a pocket home and how she still needs to save each month if she wants to move onto a second home.

Tell us what your flat is like. Is it really as small as it sounds?

I've bought a one-bed flat in Kingston about three minutes from the station. 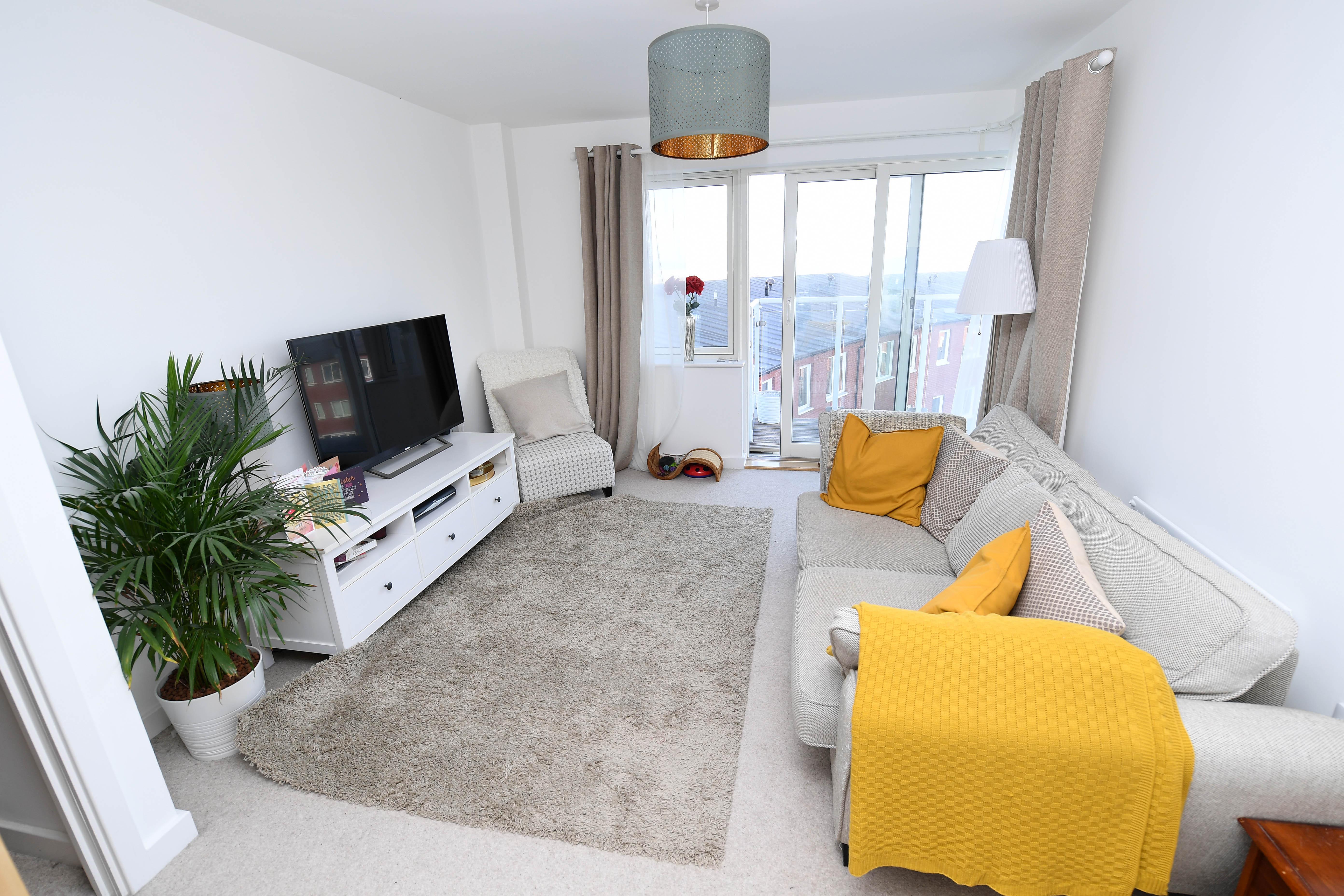 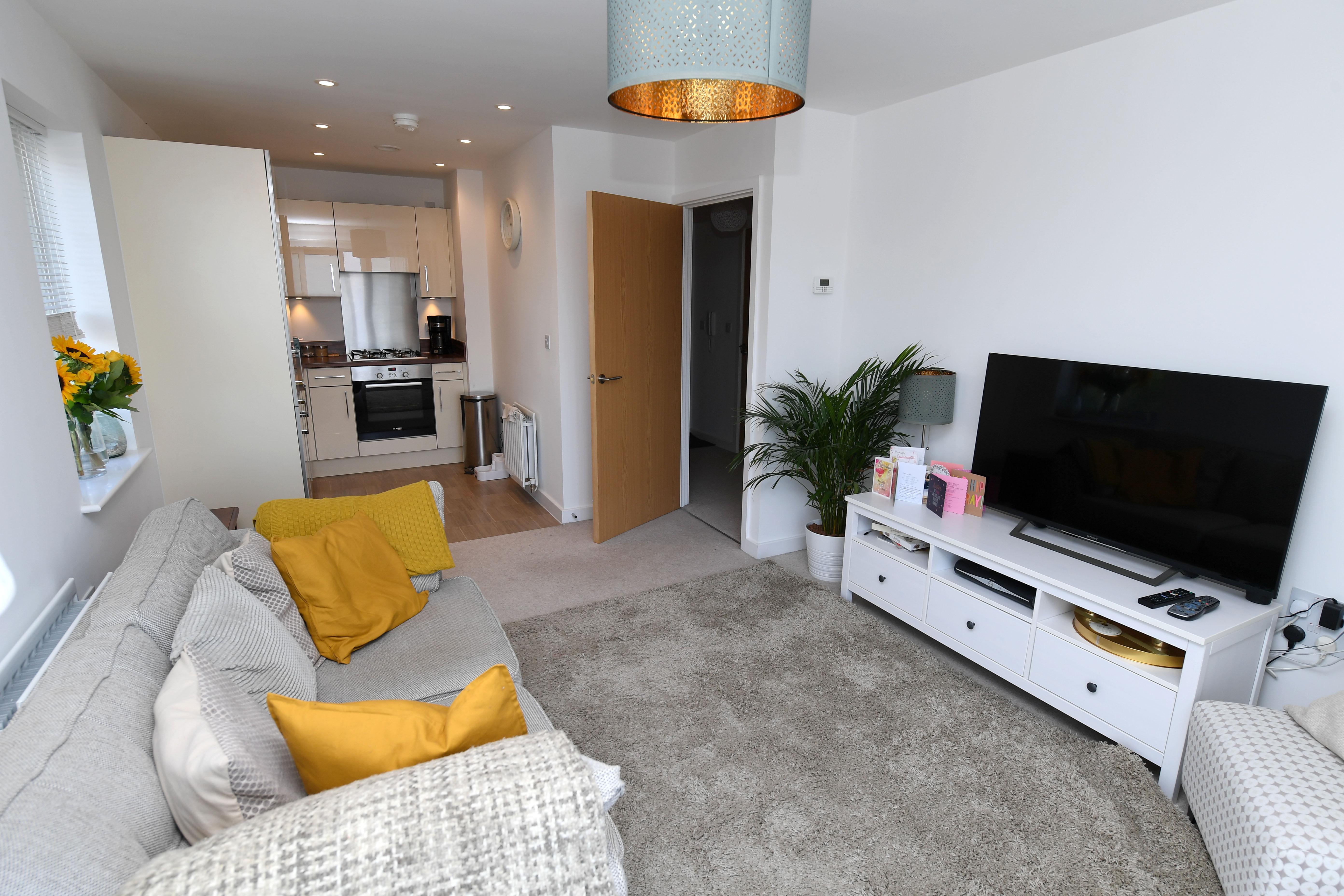 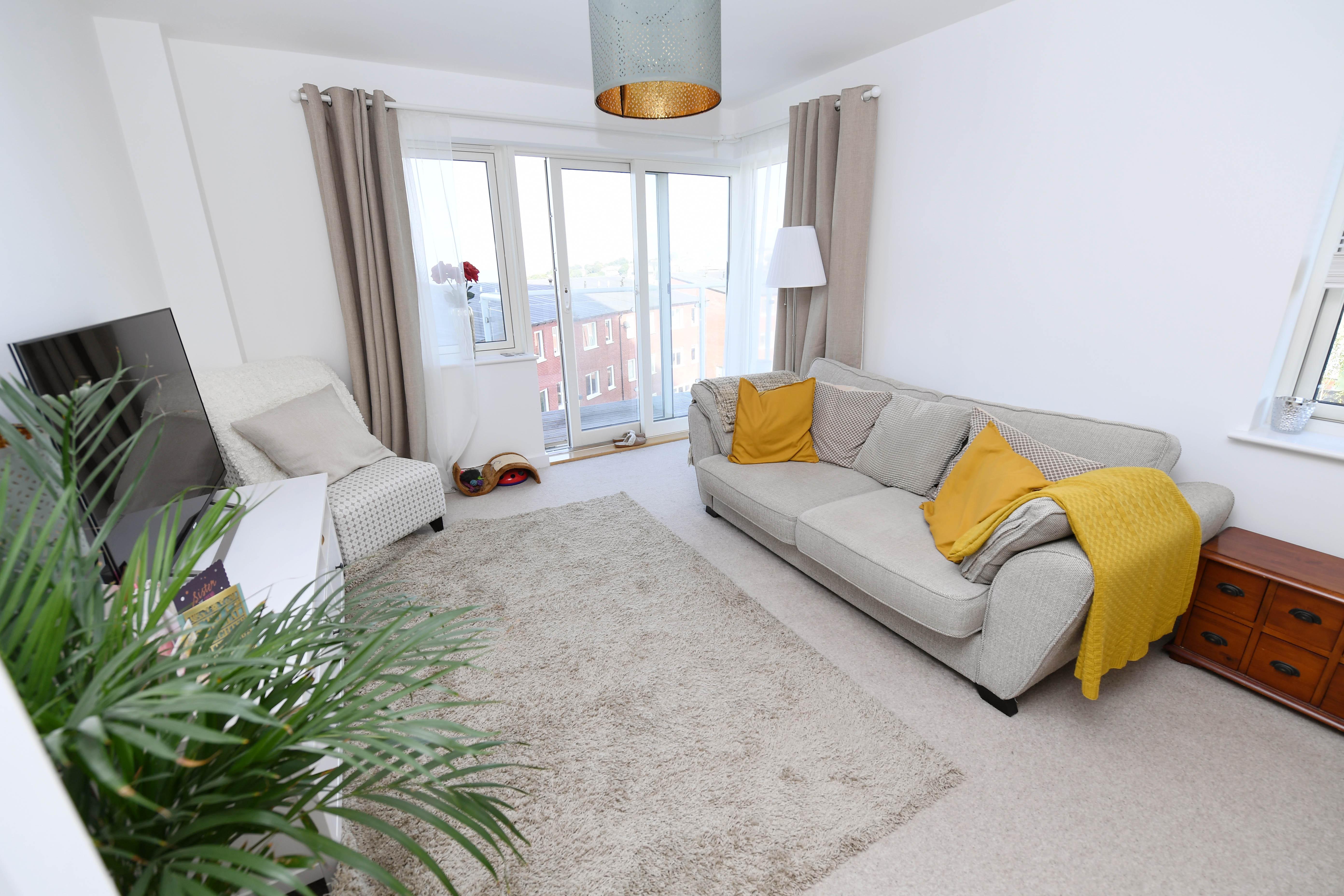 The building has 21 flats in it and it was only finished being built earlier this year so everything is really brand new.

It's on the first floor and it's compact so there's a kitchen that opens up into a living room, a bedroom and a bathroom.

I wouldn't say that it feels small. It's not pokey, it's light and bright and it has huge windows.

It's all part of the design so that it doesn't feel tiny.

But what about if you have friends over?

Even though it's only 40 square metres the smart design of the flats means that I can still have friends and family over for dinner parties and small gatherings.

Are you a first-time buyer who want to share tips on how you did it? Email us at [email protected] or call 0207 78 24516. Don't forget to join the Sun Money's first-time buyer Facebook group for the latest tips on buying your first home.

Having a shared balcony on every floor and a large roof terrace is also great for larger gatherings or on a nice warm evening.

My flat is also incredibly soundproof and I have not once heard any noise from the neighbours.

What does affordable housing mean?

It's housing that normal people can afford, so you have to be earning under £66,000 a year before tax if you want to be able to buy it.

You also have to be a first-time buyer and it's mainly for people who are from the area and want to get on the property ladder. 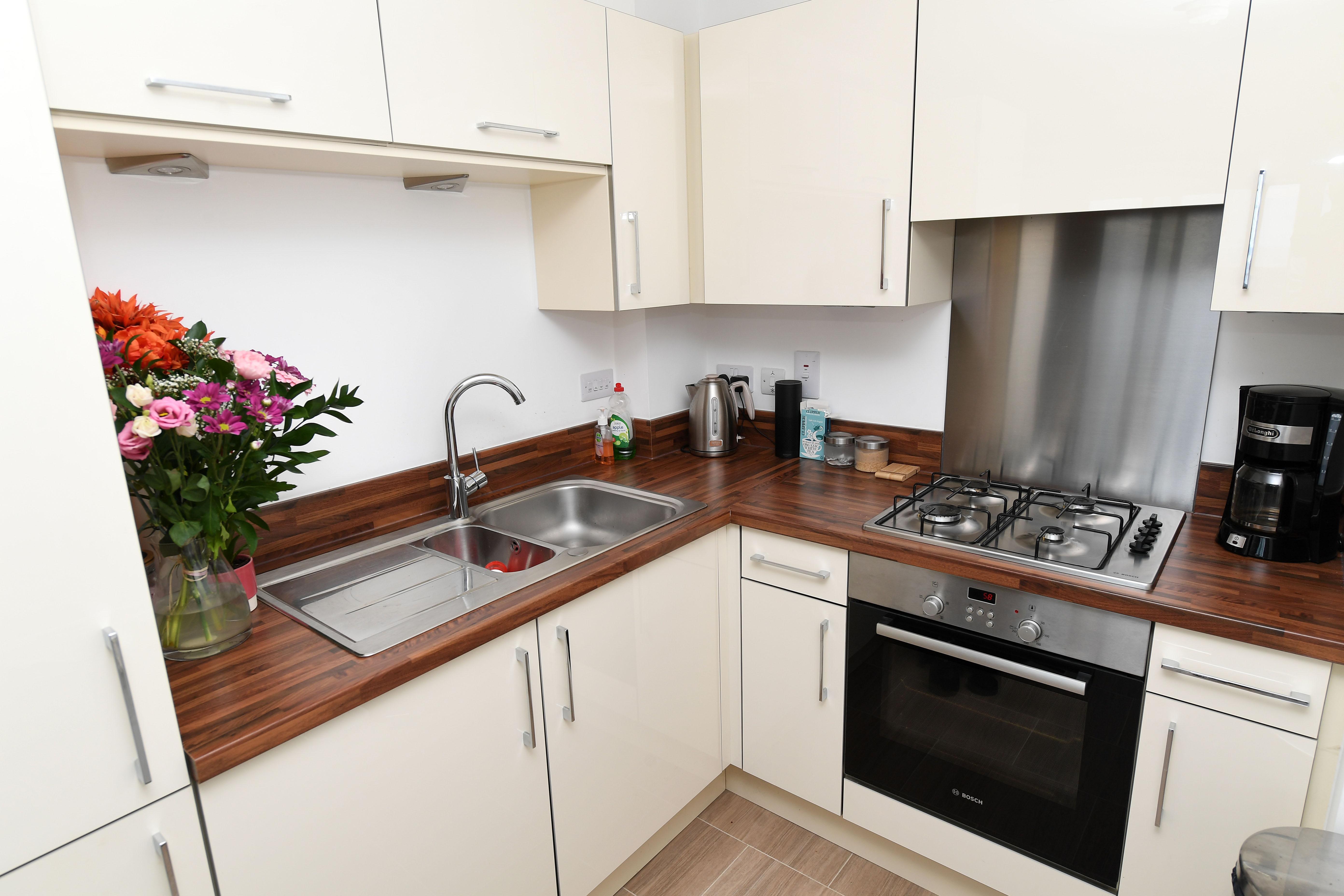 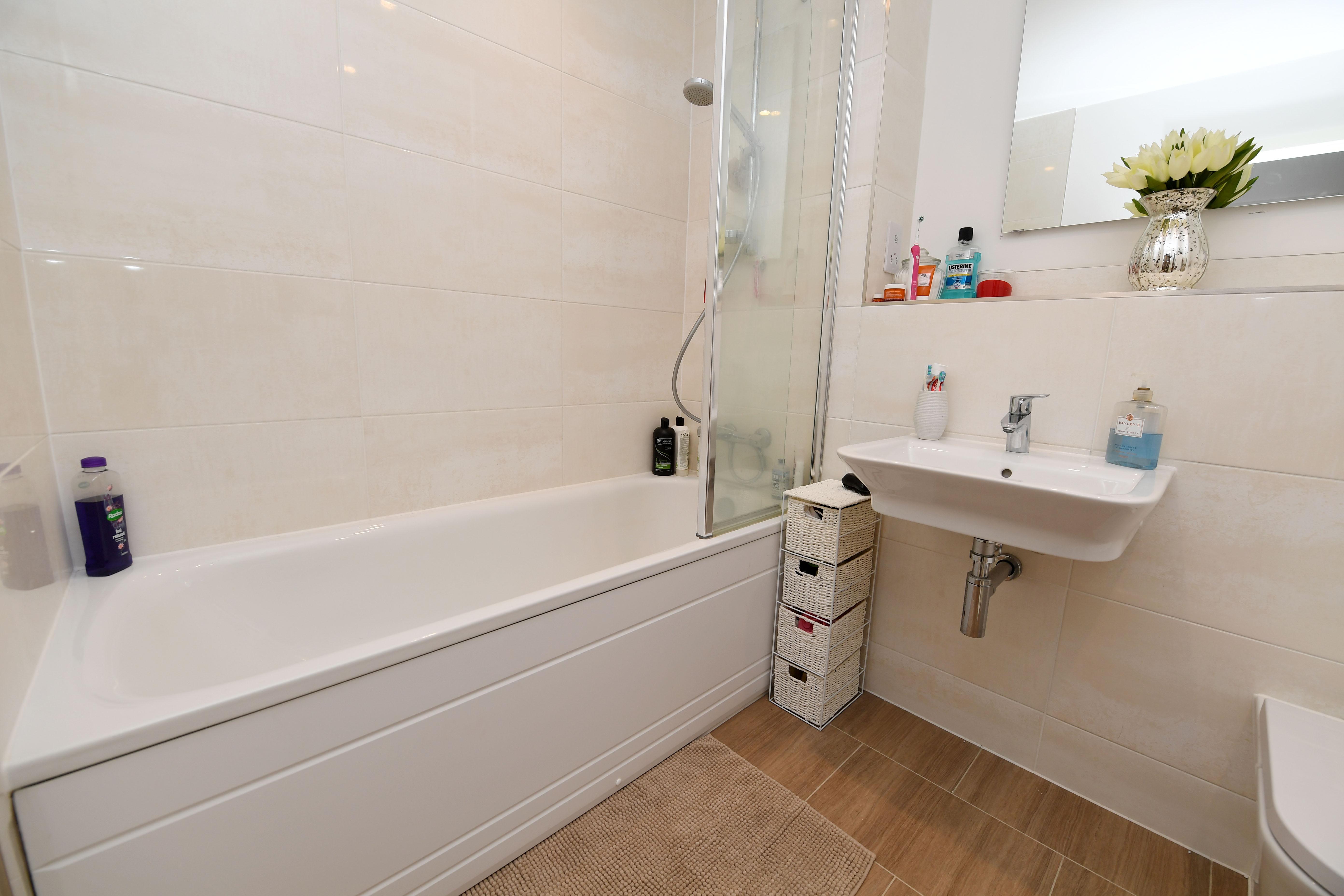 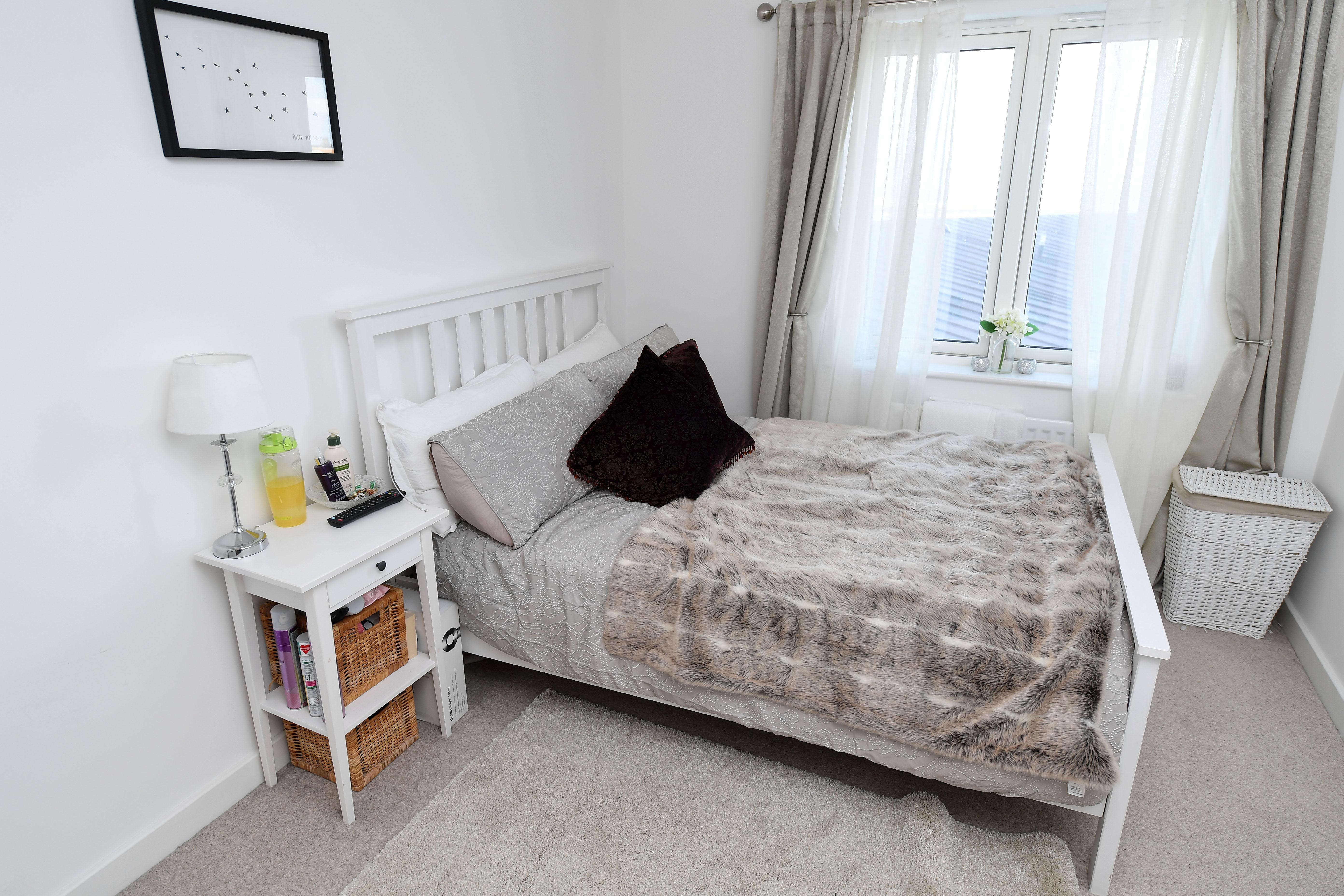 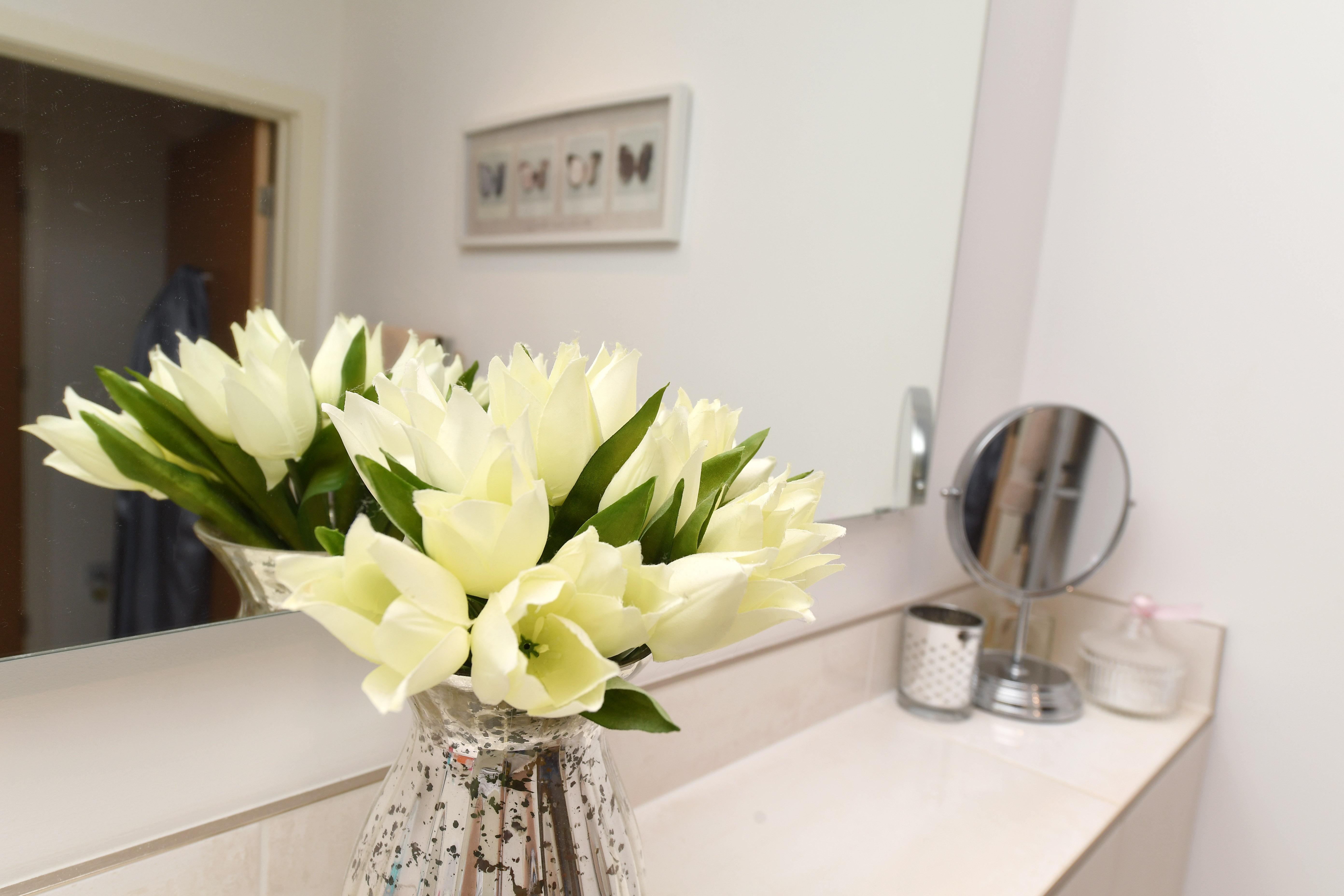 You also get a discount so that you can take out a smaller mortgage and then you only need a lesser deposit.

So for me it means I can live in London independently.

My other option was stay at my mum and dad's for another five years to save at least £10,000 every six months if I wanted to buy a flat in Kingston.

How much did you pay for it?

So if it hadn't been on the affordable housing scheme it would have been worth £322,500.

It means that my mortgage repayments are £715 a month, so plus bills I'm still paying less than what I'd be paying to rent a one-bed flat in the area which is around £1,100.

But it also means that when I come to sell it I'll have to knock off 20 per cent of whatever the value is so I pass on the discount to the next first-time buyer.

That is a lot of money – how did you manage to put down so much?

I broke up with my boyfriend of two years last November and we'd been renting our own place but it just didn't seem feasible or something I wanted to do on my own.

So I moved back in with my parents who I've been living with on and off for four years and they also live in Kingston. 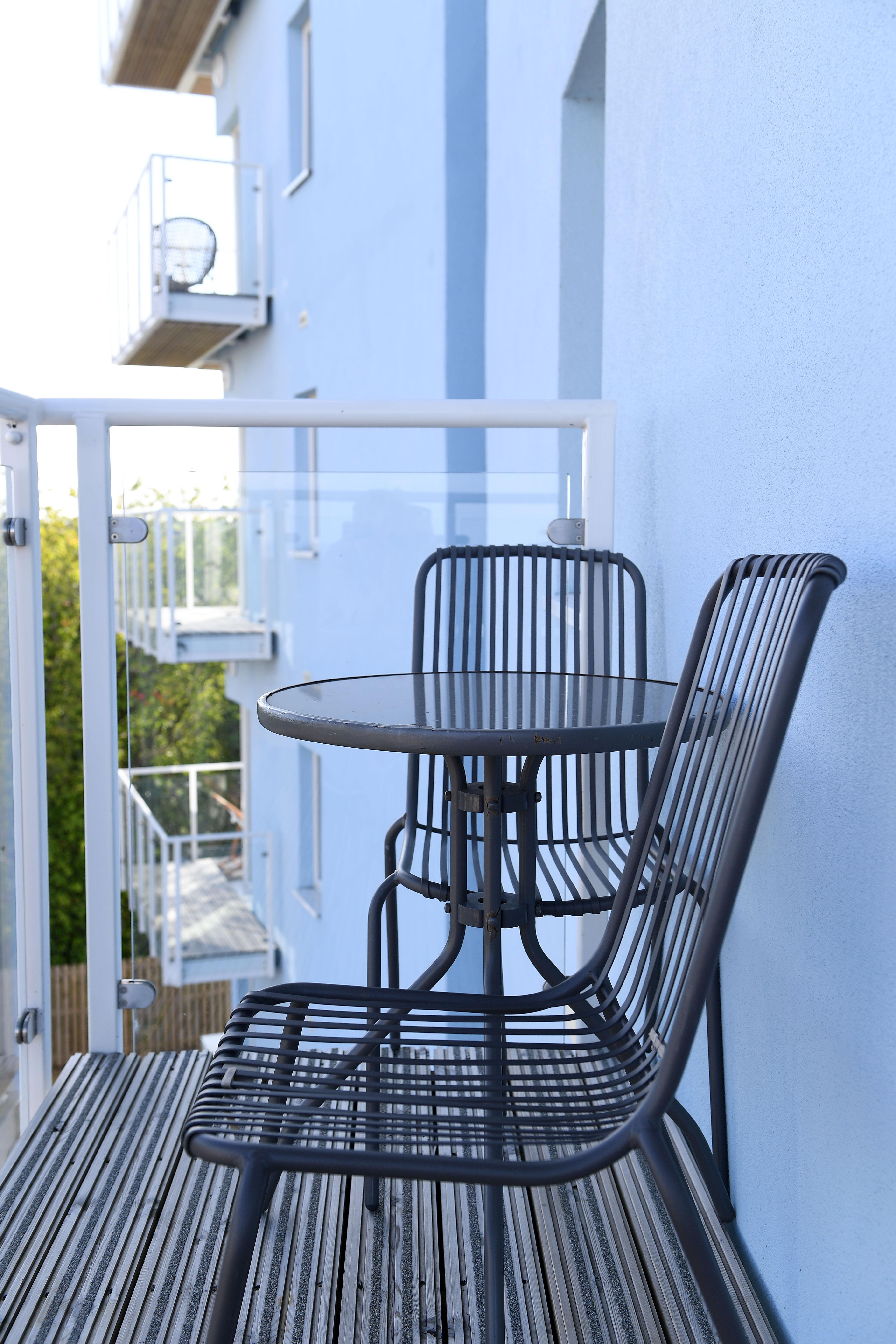 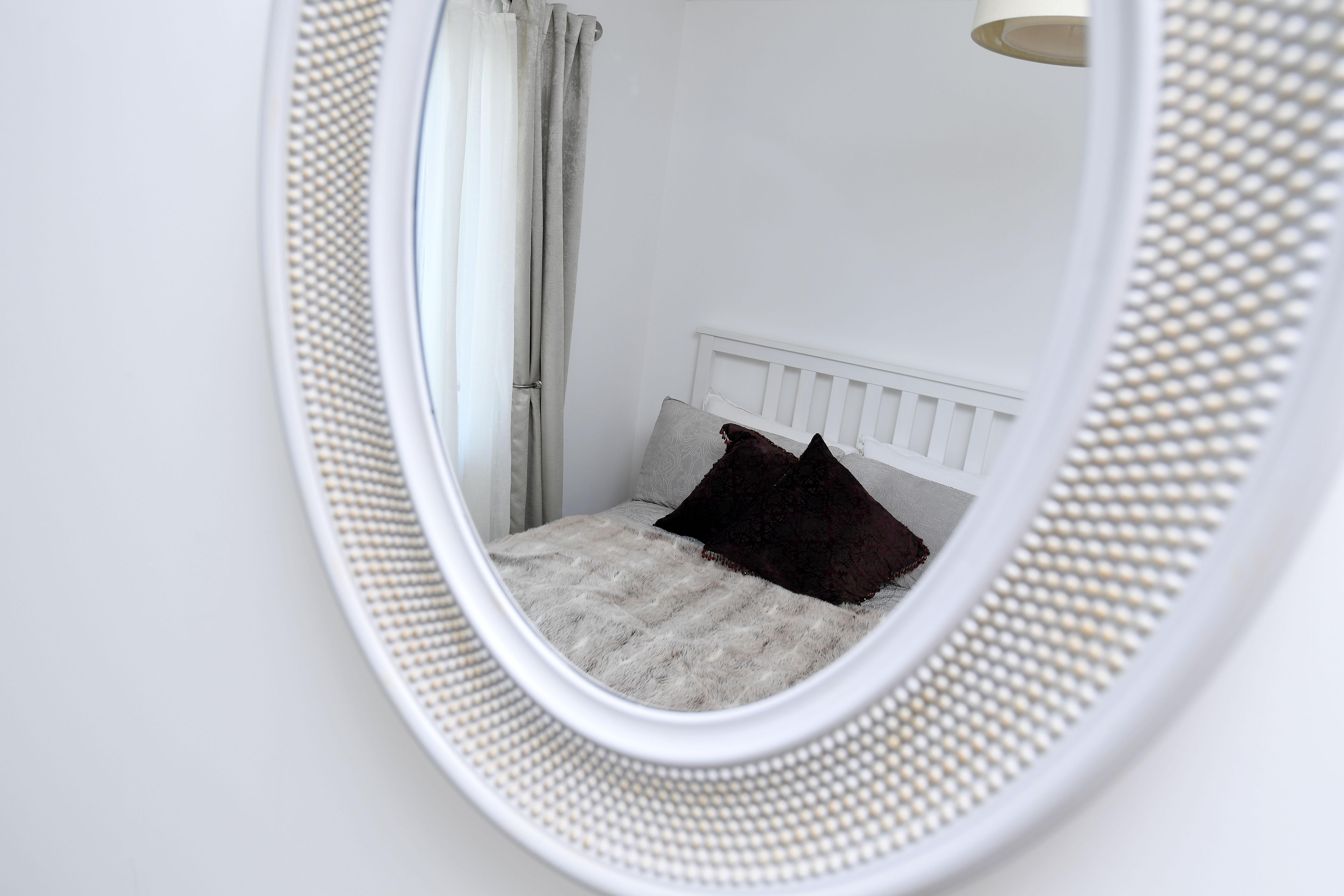 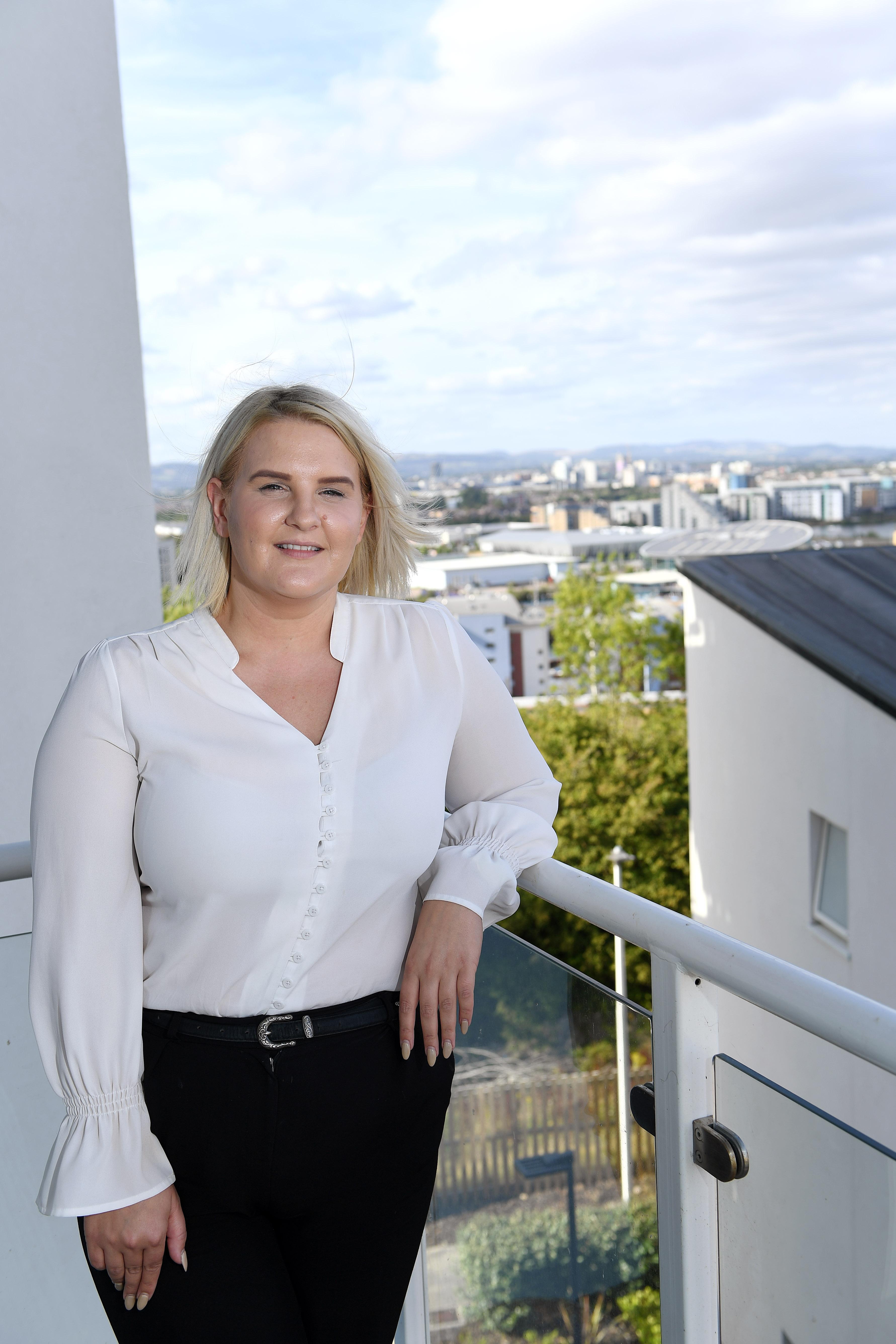 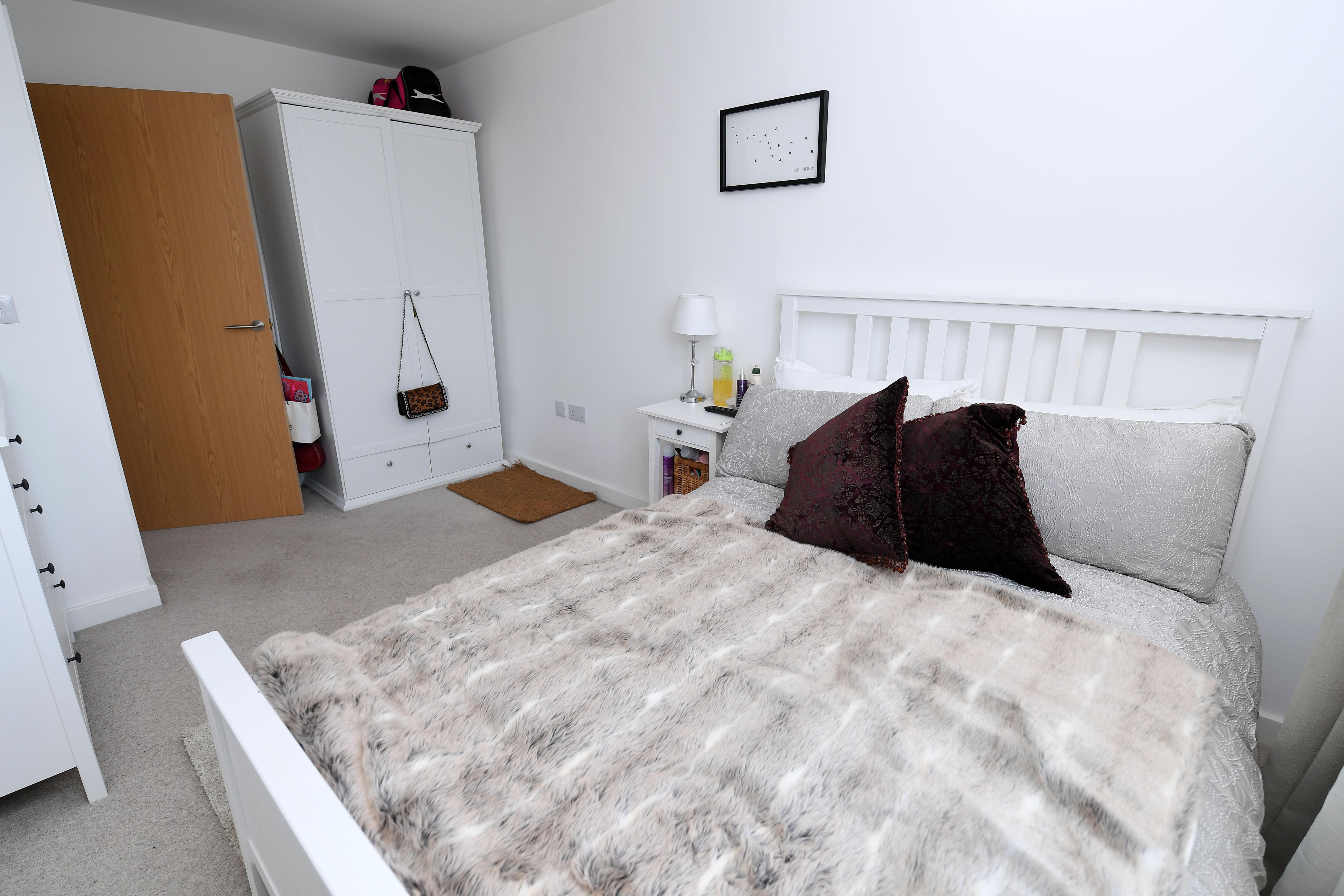 I've been putting money aside for years and they knew I was saving so they didn't charge me any rent.

Is it still an investment even though you have to sell it at a discount?

Yes because as long as the flat has gone up in value then I will make a bit of money on it.

What help is out there for first-time buyers?

Help to Buy ISA – It's a tax-free savings account where for every £200 you save, the government will add an extra £50. But there's a maximum limit of £3,000 which is paid to your solicitor when you move.

Help to Buy equity loan – The government will lend you up to 20 per cent of the home's value – or 40 per cent in London – after you've put down a five per cent deposit. The loan is on top of a normal mortgage but it can only be used to buy a new build property.

Lifetime ISA – Another government scheme that gives anyone aged 18 to 39 the chance to save tax-free and get a bonus of up to £32,000 towards your first home. You can save up to £4,000 a year and the government will add 25 per cent on top.

"First dibs" in London – London Mayor Sadiq Khan is working on a scheme that will restrict sales of all new-build homes in the capital up to £350,000 to UK buyers for three months before any overseas marketing can take place.

Starter Home Initiative – A government scheme that will see 200,000 new-build homes in England to be sold to first-time buyers with a 20 per cent discount by 2020. To receive updates on the progress of these homes you can register your interest here.

Did you think about using any other schemes?

I looked at shared ownership but it just wasn't affordable paying a mortgage and rent at the same time, as well as trying to save a bit every month to eventually be able to buy the whole flat.

It didn't make sense to me. 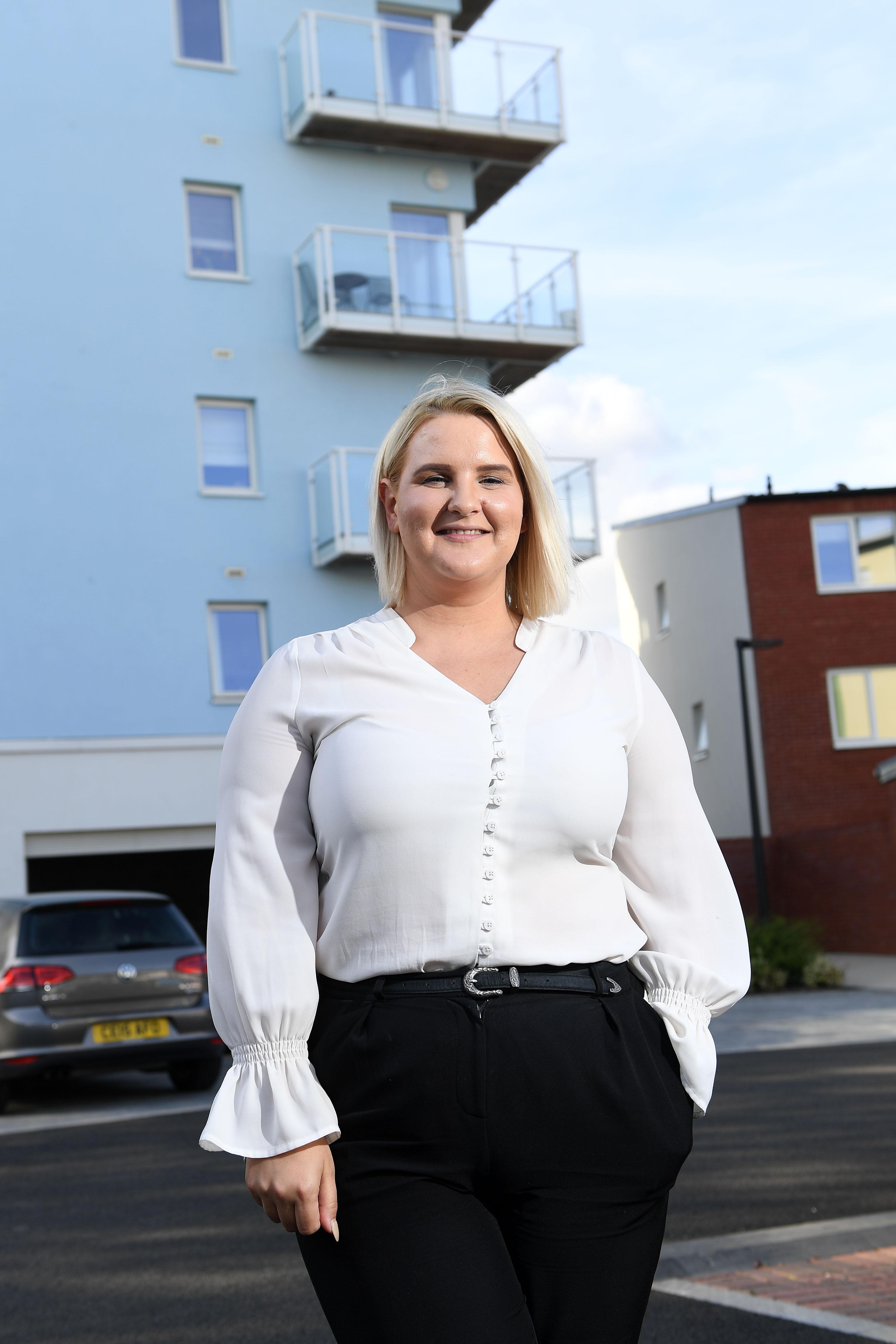 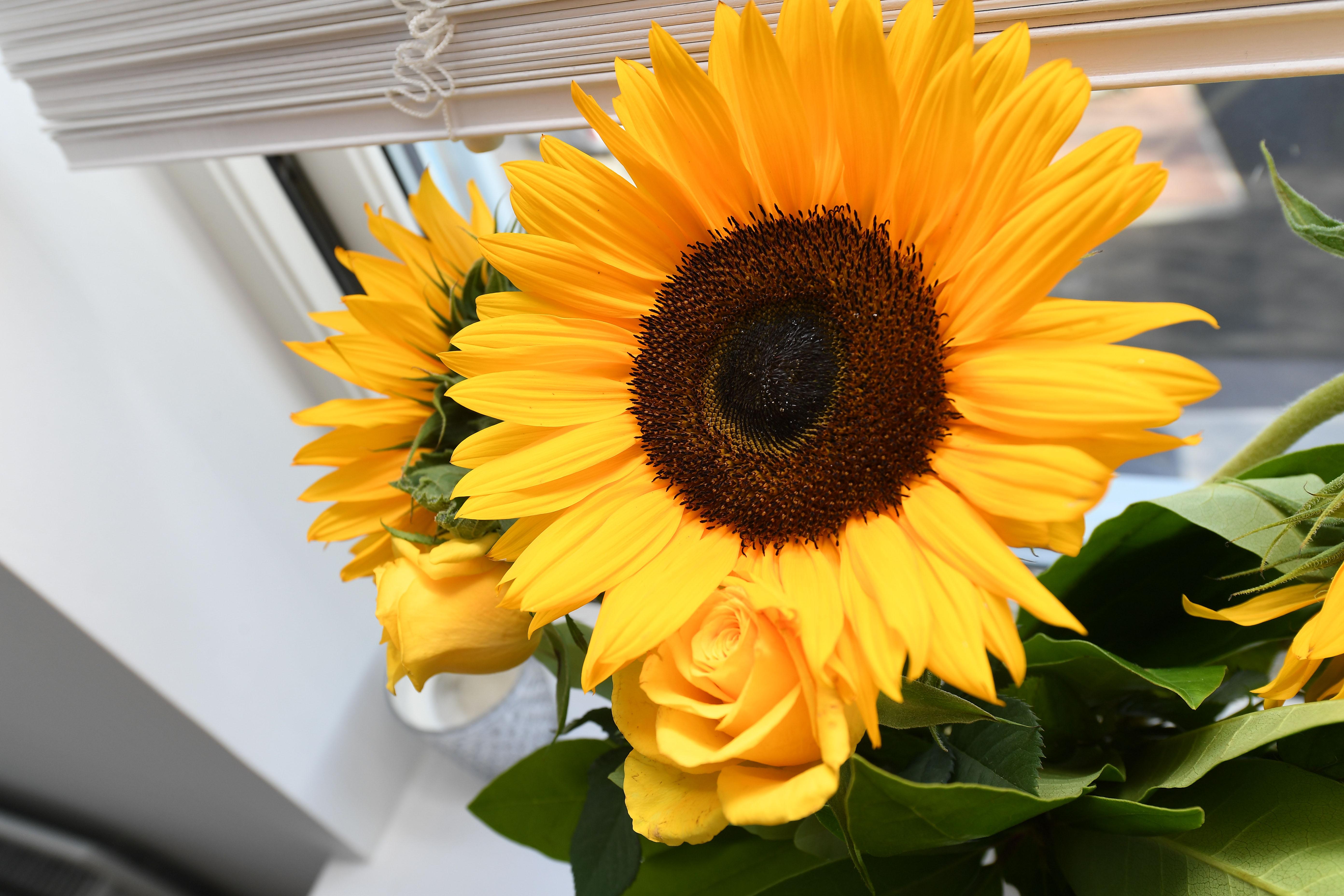 How much did you spend on furnishing it?

One of my friends said that the "bigger the place, the more you spend on furniture and cleaning it"… so it really wasn't that expensive.
All of my furniture came to under £1,000 as I got a lot of it from Freecycle.

It takes me time to find the nice stuff but about a month before I moved in I got on there and starting collecting the free furniture.

My best find was a two person leather sofa bed and I got it completely free. It's a little worn but that doesn't bother me. 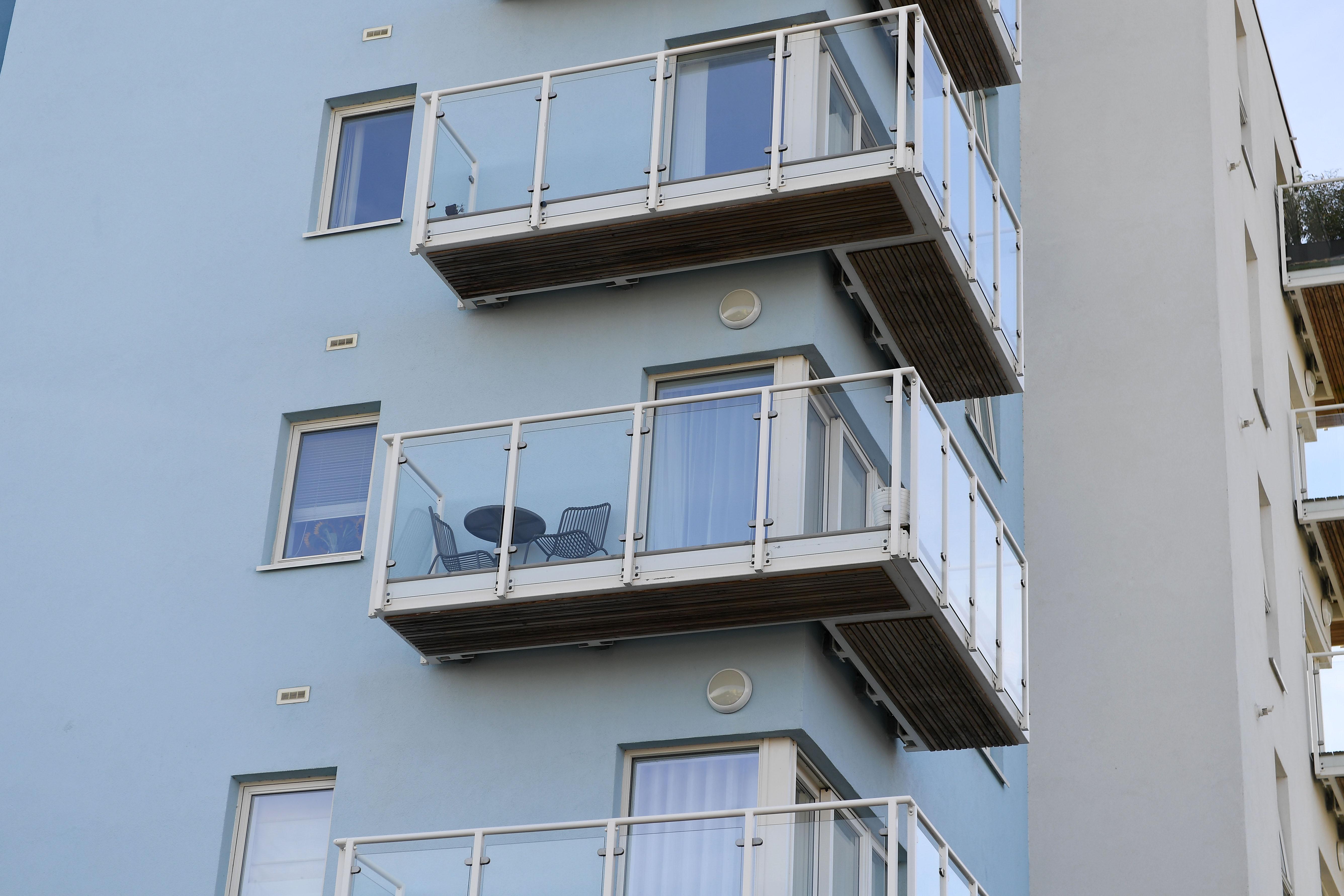 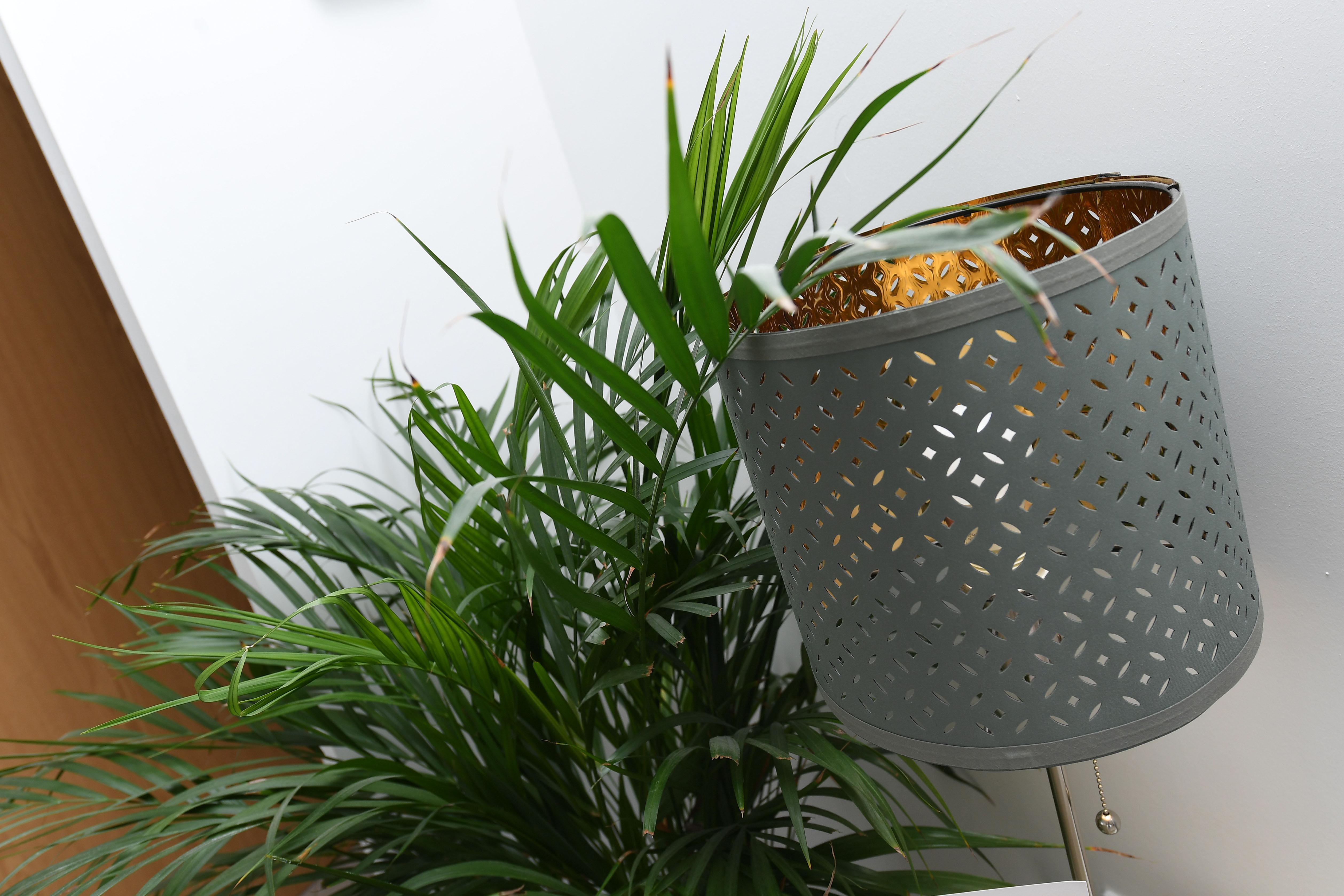 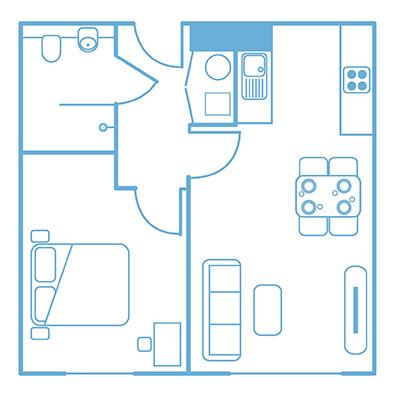 What was it like finally getting the keys to your own place?

It was a bit of an anti-climax to start with because you gear up for it for so long and then it's just a place to live.

But a week later it sunk in and once I settled in it felt great.

Do you think you'll stay there?

If I stay working in London then I'll stay here I think.

But I'm still trying to save money, about a third of my pay every month.

If I do want to move on then I do need to save.