Prince Charles and the Duchess of Cornwall landed in Nice today as they kicked off their five-day tour of France and Greece.

The royal couple were greeted off the private royal plane by Lord Llewellyn, ambassador to France, and George-Francois Leclere, Prefet of the Alpes-Maritimes Region, as they touched down in the city’s airport.

While Britain basks in sunshine, the royal couple arrived on a rare drizzly day in the South of France and Camilla carried an umbrella to protect her carefully coiffed hair. 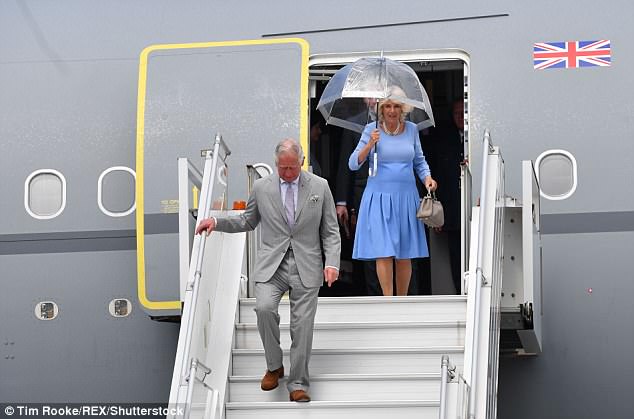 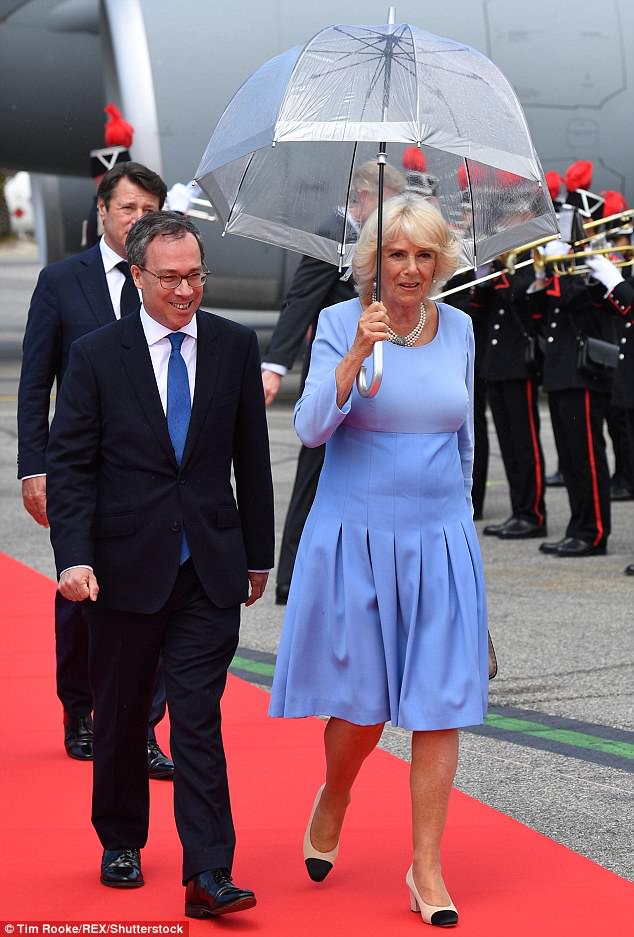 While Britain was basking in the sunshine, the royal couple landed to a rare drizzly day in the South of France and Camilla carried an umbrella to protect her hair

The Duchess looked elegant in a knee-length periwinkle blue pleated dress while Prince Charles dressed for the warm weather in a lightweight grey pinstripe suit.

The couple will first travel to the site of the city’s Bastille Day terror attack in July 2016 that left 202 people injured.

The couple will also attend a reception to celebrate the longstanding links between Nice and the UK – including the frequent visits by Queen Victoria. 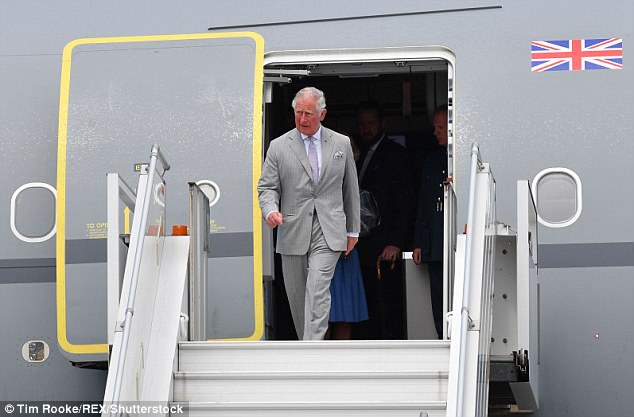 Prince Charles, 69, dressed for the heat in a lightweight grey suit for the visit to France Camilla, dressed in block heels, took her time down the steps of the royal aircraft 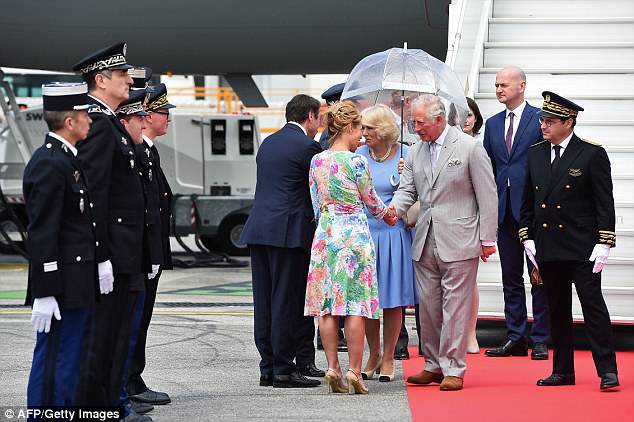 Charles and Camilla were greeted by Lord Llewellyn, ambassador to France and the Prefet of the Alpes-Maritimes Region George-Francois Leclere as they arrived at the city’s airport 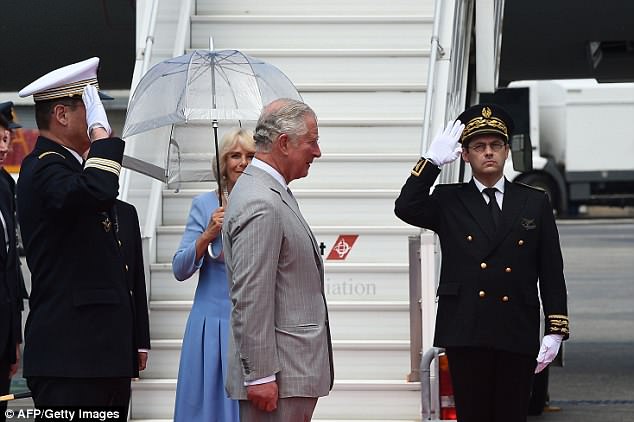 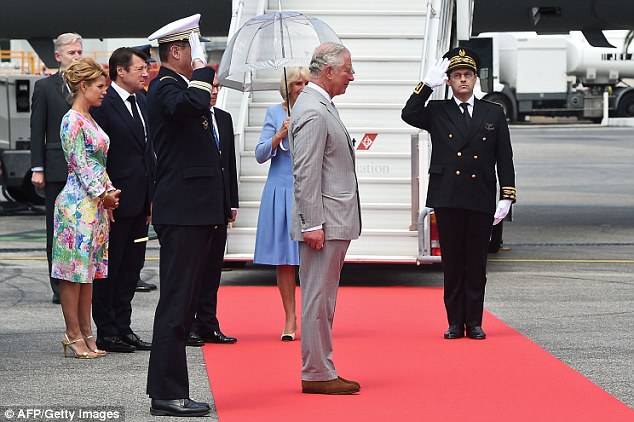 Charles and Camilla, who met Prince Louis of Cambridge for the first time last week, will also visit Lyon.

There they will both attend a VE commemoration before heading to the International Police Organisation (Interpol) to emphasise the UK and France’s commitment to counter terrorism and security.

Charles will also visit the student population of the ISARA University in Lyon, which specialises in food and environmental studies while Camilla will visit a local charity providing assistance to women. 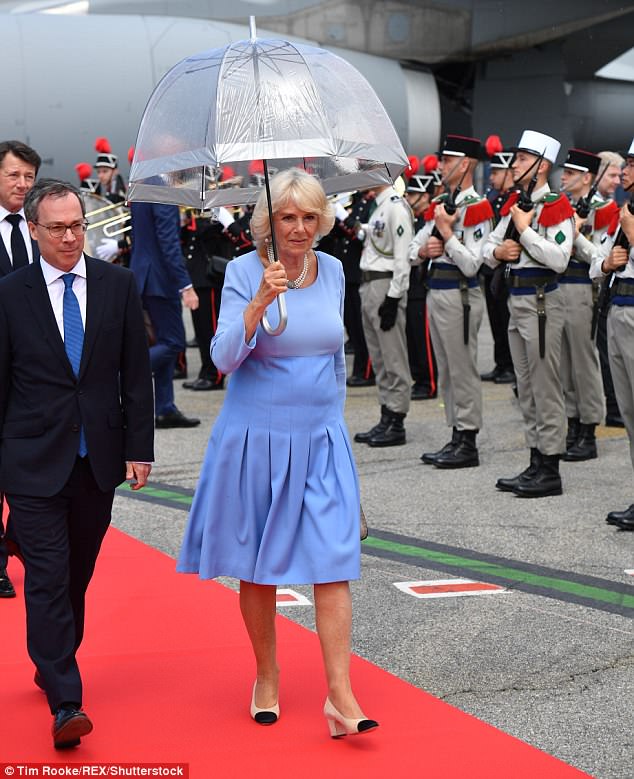 Later this week, the couple will arrive in Athens where they will attend a wreath-laying ceremony at the Monument of the Unknown Soldier before receiving an official welcome at the Presidential Mansion and Prime Minister’s Residence.

During their stay in the Greek capital, the prince will also lay a wreath at the Commonwealth War Graves Cemetery before the couple carry out a number of other engagements to celebrate the UK and Greece’s longstanding maritime relationship.

Their first official tour of Greece will also celebrate youth opportunity and the countries’ charitable and education connections. 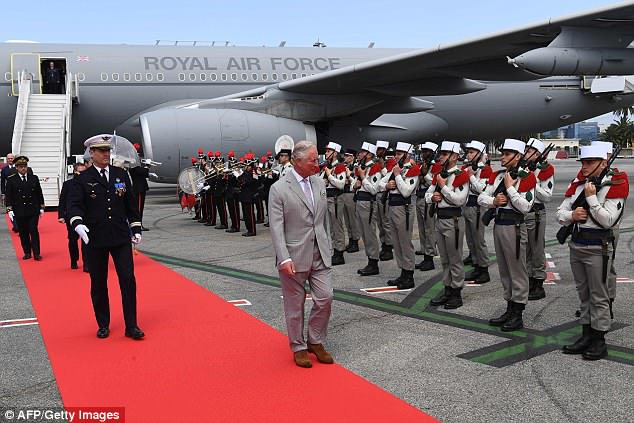 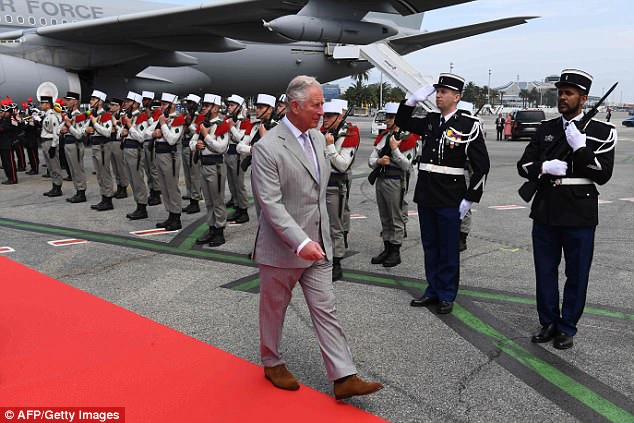