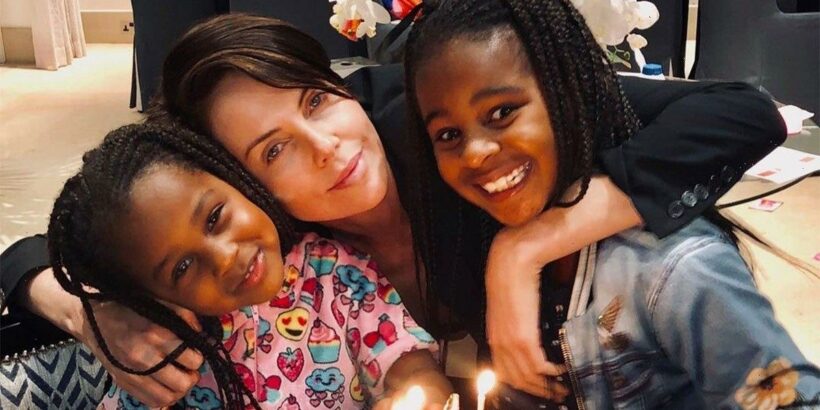 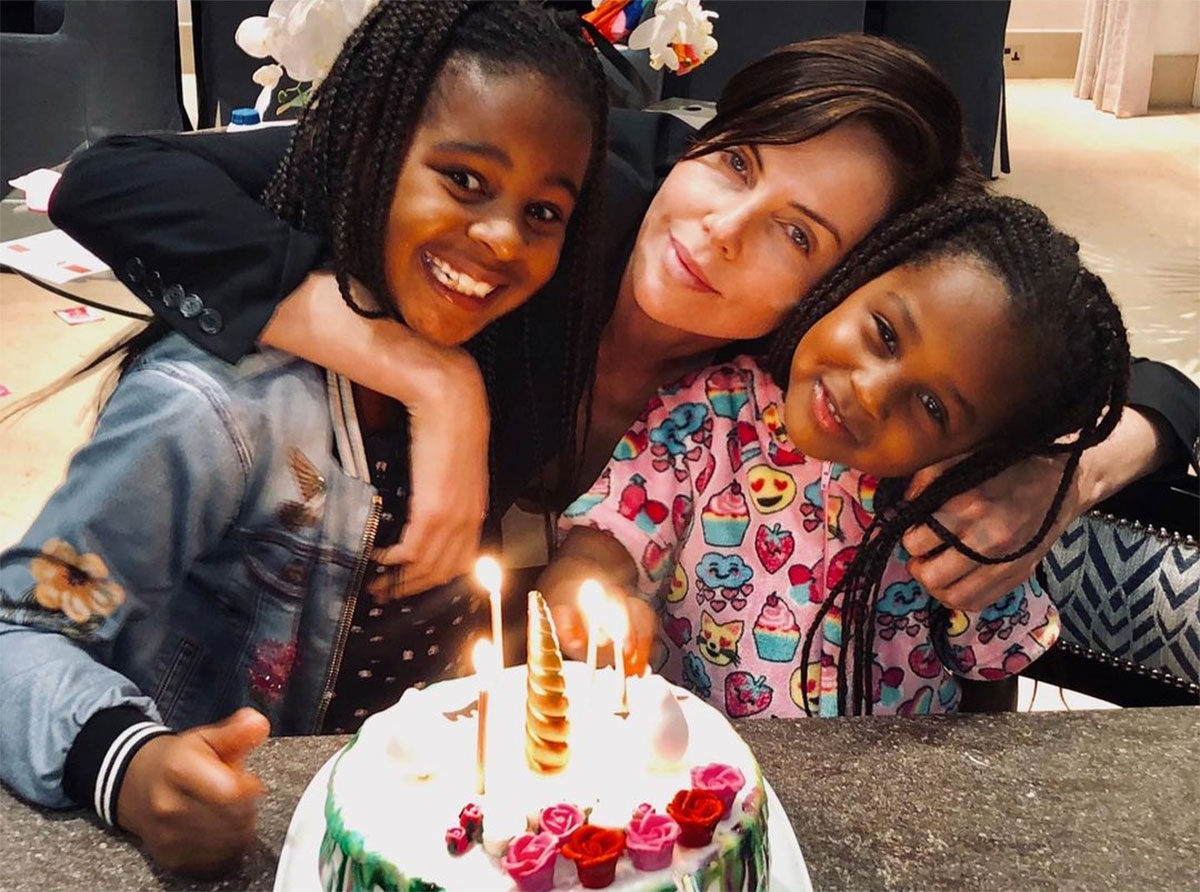 There they are! Charlize Theron gave a rare glimpse of her two daughters while wishing her mom, Gerda Maritz, a happy birthday.

“Today is my mom’s birthday. I wanted to share her with all of you because anyone who knows her, knows how utterly awesome it’s [sic] is to stand in her sunlight,” the actress, 46, captioned a Thursday, January 27, Instagram slideshow. “She TRULY is life. She laughs louder than anyone I’ve ever met. She’s a great tennis player/golfer/hiker AND a gifted s–t talker! She’s direct, she’s honest, she funny and she’ll tell you how it is anytime of the day!”

The Atomic Blonde star’s celeb friends praised Maritz in the comments. “She’s the best! Happy birthday G,” January Jones wrote, while Andy Cohen added, ”Bring her back to the Clubhouse!!!”

In the social media upload, the Oscar winner snapped selfies with her mother, from sitting poolside to dressing up for Halloween. Maritz grinned on a hike with her granddaughters, Jackson, 12, and August, 7, in the final photo.

Theron adopted Jackson and August in 2012 and 2015, respectively, and the Bombshell star’s mom has been helping her out from the beginning.

“I knew that I would have to have my mom help me if I was going to do this as a single parent,” the Golden Globe winner told Elle in April 2018. “To not acknowledge Maritz, in coparenting my children would be a lie. … I would feel pretty alone if I didn’t have a partner in crime in all of this. In the beginning, I wanted to do it all and didn’t reach out for as much help as I actually needed. I felt, ‘If I don’t do all of this, then maybe I am a bad parent.’ … I’ve learned to balance things out more.”

Two years later, the South Africa native told Diane von Furstenberg that her little ones want her to start dating.

“Two days ago, I was in the car with my two girls and my little one said something like, ‘You need a boyfriend!’” the producer said during a July 2020 “In Charge With DVF” podcast episode. “And I said, ‘Actually, I don’t. Right now, I feel really good,’ and she’s like, ‘You know what, Mom? You just need a boyfriend. You need a relationship!’”

Theron subsequently told August that she was in a relationship with herself, and her daughter’s “mind was blown.” The Mad Max: Fury Road star recalled, “She had this look in her eye like she had never really contemplated that that was even a possibility. … I know that was the day that she realized there’s a different possibility.”