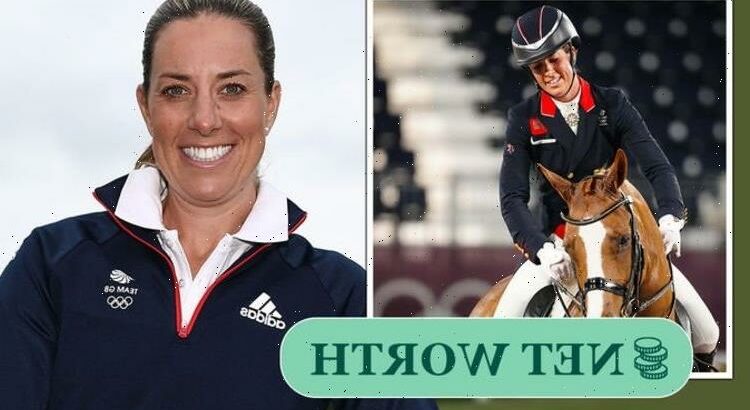 Yesterday, Charlotte Dujardin and her teammates Carl Hester and Charlotte Fry finished third behind the Olympic title holders Germany, and the US, in the dressage event.

But how did Charlotte get to where she is today and what is her net worth?

Although it is not clear how much money Charlotte earns, her fortune is thought to be in the millions.

According to multiple celebrity sites, the Olympian’s net worth could be anything from $16million to $39million.

It’s an eye-watering sum accumulated over the years thanks to Charlotte’s career as a talented equestrian.

Charlotte’s love of horses began when she was a young girl.

Born and raised in Leighton Buzzard, Bedfordshire, she started riding at two years-old and even achieved second place at her first Pony Club show jumping competition when she was three years-old.

When she left school at 16, Charlotte had already won the Horse of the Year Show competition four times and was a winner at All England Jumping Course at Hickstead thrice.

From horse jumping, Charlotte moved on to dressage, and was given some coaching from Olympic rider Carl Hester in February 2007.

In 2011, Charlotte competed at the Grand Prix dressage event on a horse she had developed that year, named Valegro.

The pair went on to win many competitions together, including the 2012 World Cup freestyle event held at Olympia, and the 2015 FEI World Cup in Las Vegas.

In London’s 2012 Olympics, Charlotte and Valegro were members of the British team which won the gold medal in the team dressage event.

With three gold medals and a silver, the equestrian was the most decorated female British Olympian in the history of the Games, before cyclist Laura Trott achieved a record fourth gold medal in Rio.

As well as horse riding, Charlotte enjoys writing and released a book entitled The Girl on the Dancing Horse: Charlotte Dujardin and Valegro in March 2018.

The equestrian is engaged to longtime partner Dean Golding.