‘I’m taking it as gospel that they’re going to win!’ The Chase fans spot ‘biblical’ line-up of contestants with almost exactly the same names as the best-known APOSTLES

The Chase viewers predicted a case of ‘divine intervention’ in Wednesday night’s game – after spotting the ‘biblical’ theme of a team line-up.

Amused viewers suggested the religious overtones boded well for the team’s chances in the game, with one tweeting that they were ‘taking it as gospel they’re going to win’.

But unfortunately it seemed the team hadn’t prayed hard enough, as they failed to beat the Chaser on points to take home the prize pot. 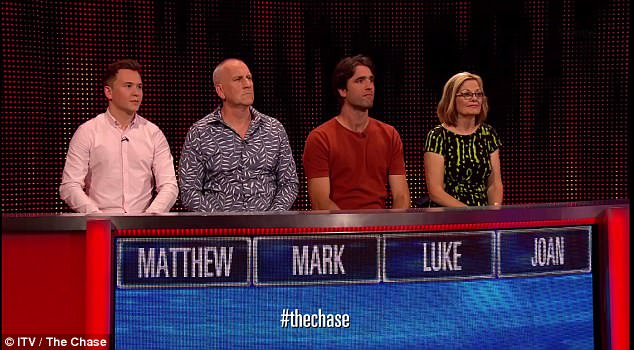 The contestants were up against Jenny Ryan – known as The Vixen – who spotted the Biblical theme straight away.

She said on the show: ‘I’m just glad Joan was available because John was on holiday.’

Meanwhile fans pondered on Twitter whether they would have any help from heaven in the quiz – with one suggesting God himself should have taken the role of Chaser.

One viewer tweeted: ‘Matthew, Mark, Luke and Joan? I think somebody did that on purpose…’ 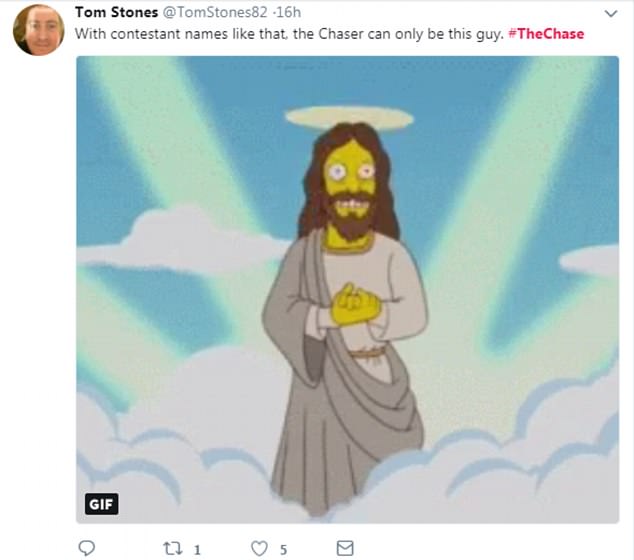 Viewers spotted it straight away, with one joking that it was ‘gospel that they’re going to win’

HOW DOES THE CHASE WORK?

The Chase is one of the most popular quiz shows on TV – but how do you beat The Chaser?

A team of four players each takes it in turns to win some money in a quick fire round, but will join together in the final chase to take the money home.

In between those rounds they face The Chaser, and if they get more questions wrong than the professional quizzer they’re out.

If they pass through that round their money is added to the bank with the remaining players’ money.

In the final chase the team has two minutes to answer as many questions as possible, but if The Chaser gets more points they will go home empty handed.

‘The line up looks very Biblical today Bradley,’ another posted.

‘Matthew, Mark, Luke and Joan. I see what they did there…’ a fourth said.

Matthew, Mark, Luke and Joan were the four disciples who wrote the gospels.

The most skilled contestants on the team were Luke and Joan, as they were only two who made it to the final chase.

Mark and Matthew had failed to beat Jenny, and were knocked out during the second round.

Luke and Joan managed a score of 17 in the final chase, but it wasn’t enough to beat Jenny, who caught them with just seconds to spare.

The show’s host Bradley Walsh mused on their names when they went home empty handed. 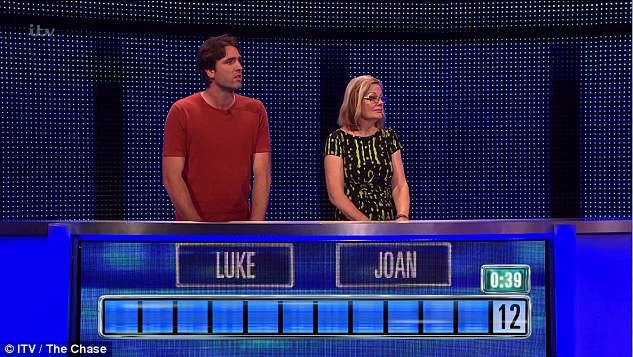 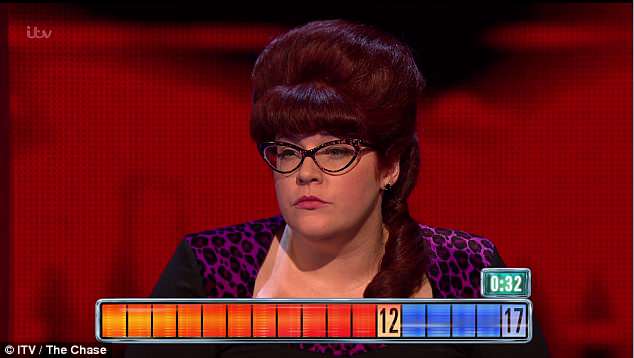 Unfourtnately Jenny Ryan, who is also known as The Vixen, managed to beat the team with just seconds to spare

He quipped: ‘Matthew, Mark, Luke and Joan… a show on biblical proportions ladies and gentlemen!’

This isn’t the first time The Chase’s producers have played around with the team’s names.

Last year they set up a team that were called Tom, Dick, Ann and Harry.

In another episode the contestants shared names with characters from Friends, and were called Rachael, Ross, Phoebe and Joe.