Teetotal Skelton has a real chance of success at one of the racing calendar's golden weeks, with Beakstown in Wednesday’s Ballymore Novice Hurdle his big hope.

Then after the 29-year-old's "Olympics of horseracing" is done for another year, focus will switch on his ultimate aim – of becoming champion jump jockey.

SunSport visited the family yard run by Harry's brother Dan in Warwickshire to find out what a day in the life of Harry Skelton is all about.

JOCKEYS are said to be some of the hardest-working sportsmen there are – and Harry Skelton isn’t one to buck that trend.

Up every day at 5.30am, a quick shower and natural yoghurt and then it’s time drive down to the yard to help prepare the 158 horses for their morning training. 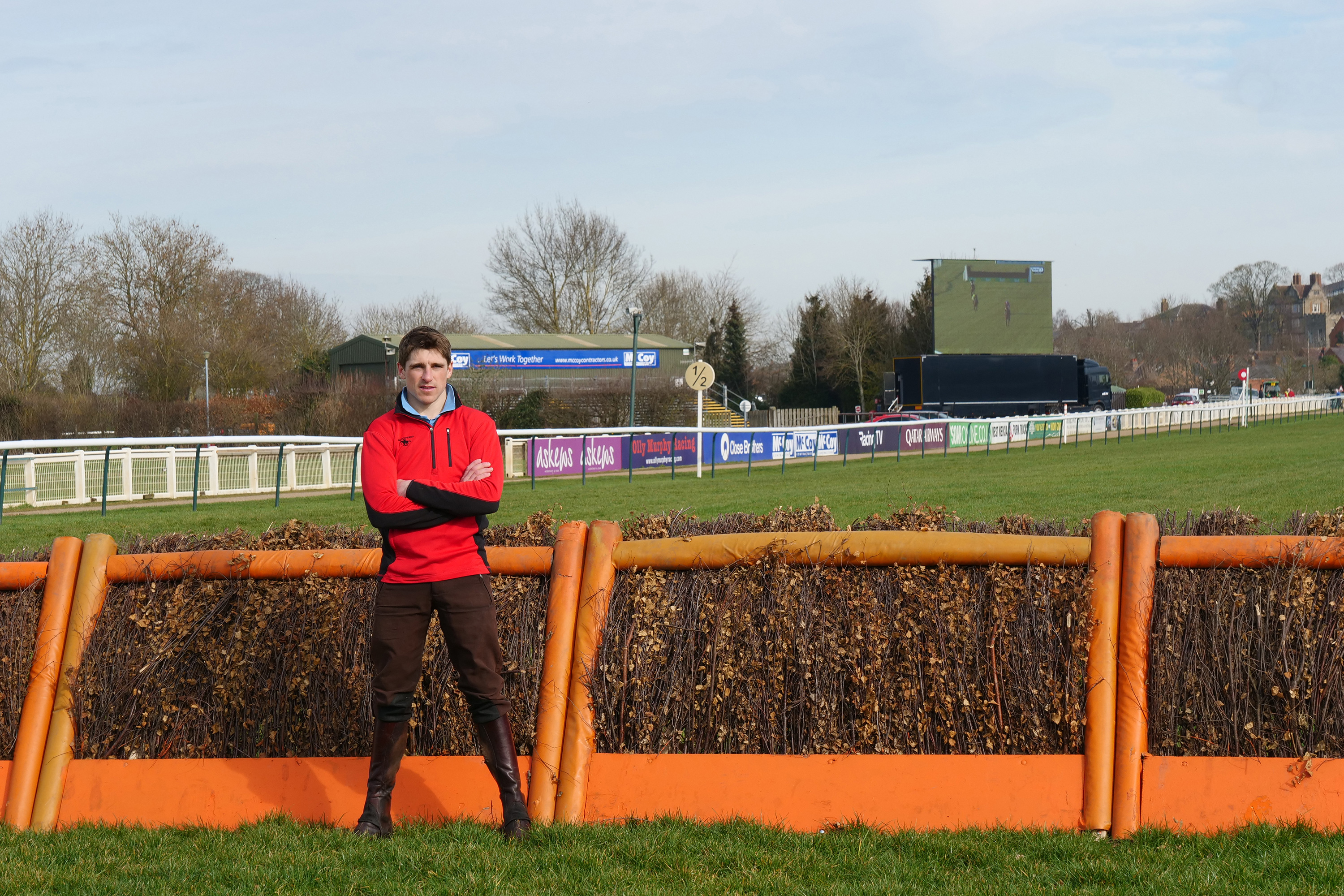 He ends up getting to bed around midnight, dependent on where he has been sent off to ride for the day.

And while that was enough to left me gulping when hearing about 500-mile round trips and racing seven times at different courses, it’s just part of the job for the 29-year-old.

“We don’t really get a day off, it’s pretty flat out all the time,” he said.

“You have to make sacrifices – I don’t drink, stay off the carbs and there’s not much time when you ride every day. 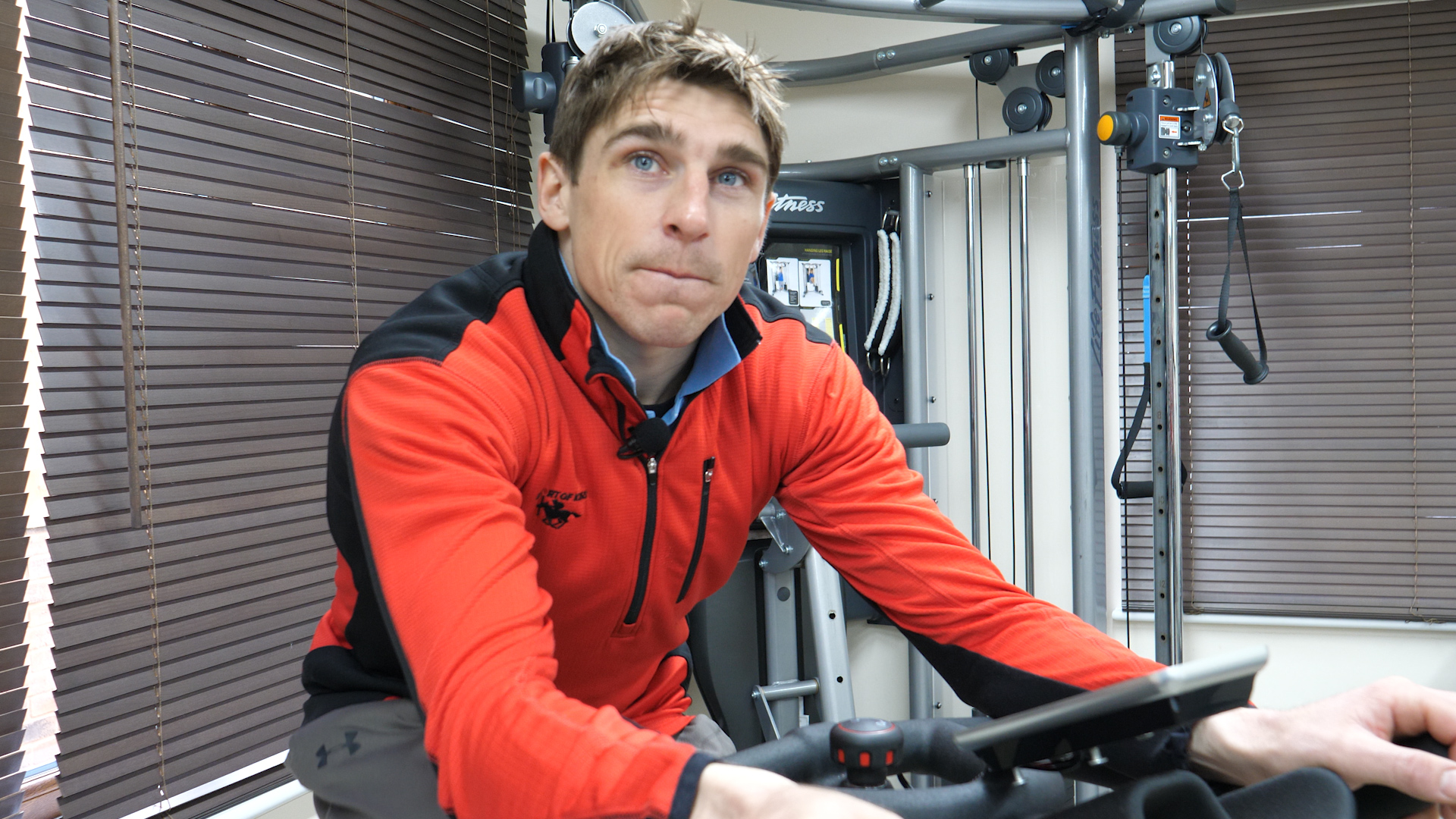 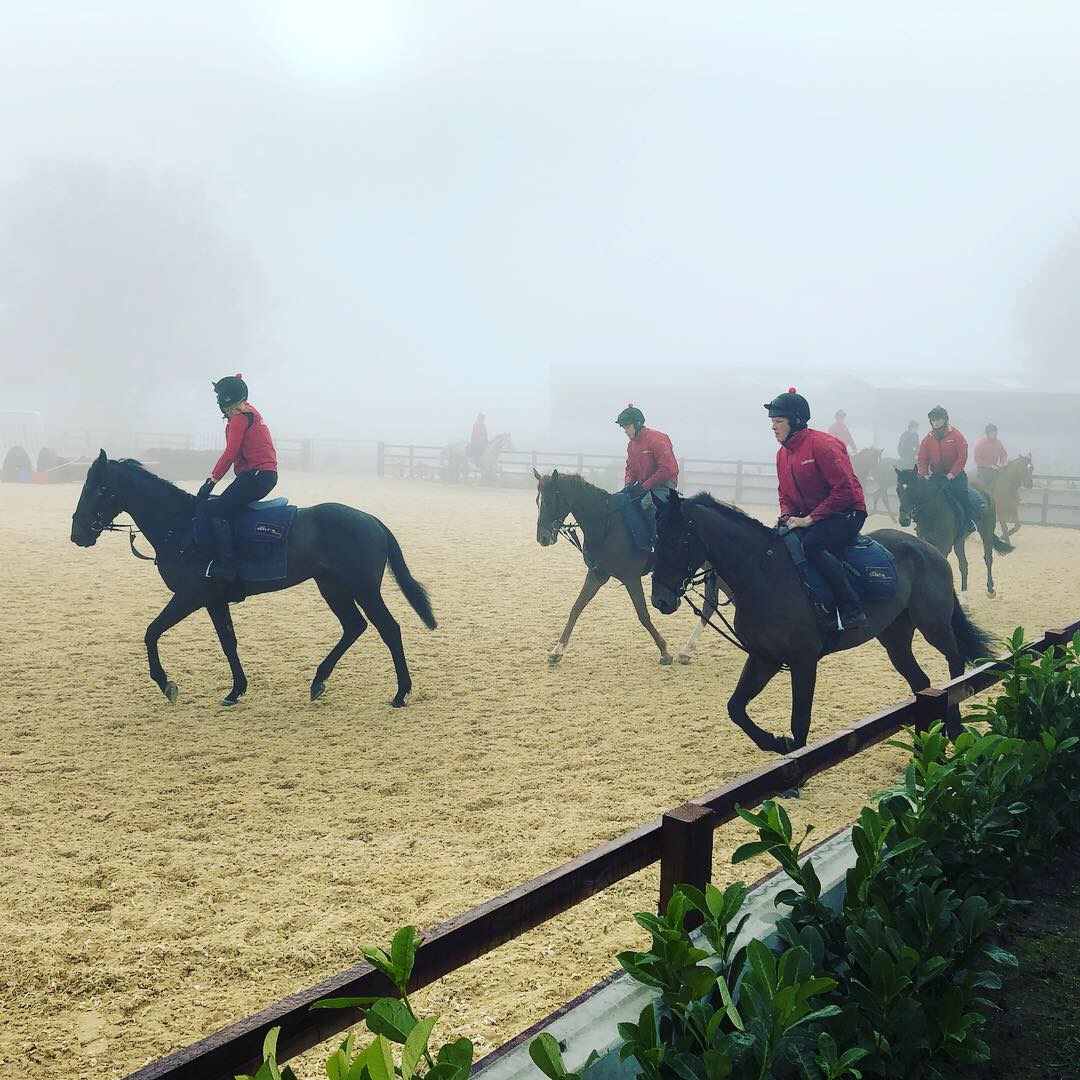 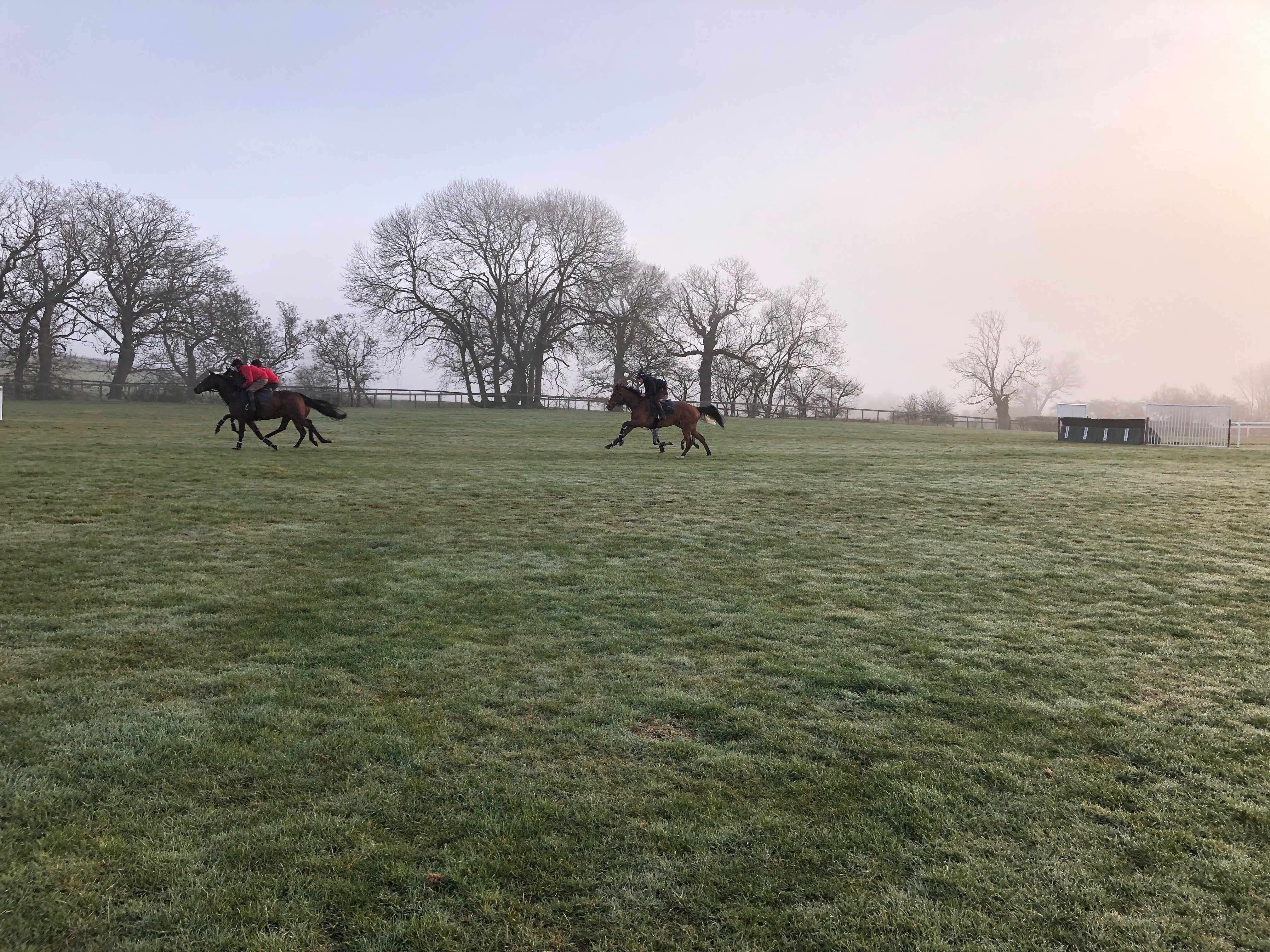 “So because of that I like to think I’m pretty fit. In this game you can’t afford to slack off.”

I followed Harry down to early morning schooling and jumping at 6.45am as The Sportsman trailed the rising star for a film.

A thick mist enveloped the practice courses which made things difficult to see yet alone jump with 94st (600kg) of horse underneath you.

But it’s all part and parcel of prepping the animal for its big shot at future glory.

“We go through all the exercises to minimalise mistakes,” said Harry. "It’s dangerous out there yes, but you can get hit by a bus crossing the road can’t you?"

Asked if he ever gets scared riding, he replied: “No, and if you are ever scared you shouldn’t do it.

“For me the speed element gets the heart going. I get a kick out of it, like arriving at a Formula 1 car.

“Some cars are faster than others, that’s the same with horses.”

I watched Harry, who had his first winner aged 17, jump the fences with his big hope for the Cheltenham Festival, Beakstown, who runs in the Ballymore Novice Hurdle.

And clearly the experts had seen something me as the amateur hadn’t quite spotted – the morning routine aboard the gelding had left Harry and brother Dan buzzing in conversation.

It was time to head back into the warmth of the yard, where Harry opened up on what drives him to success – and it’s clearly in the genes. 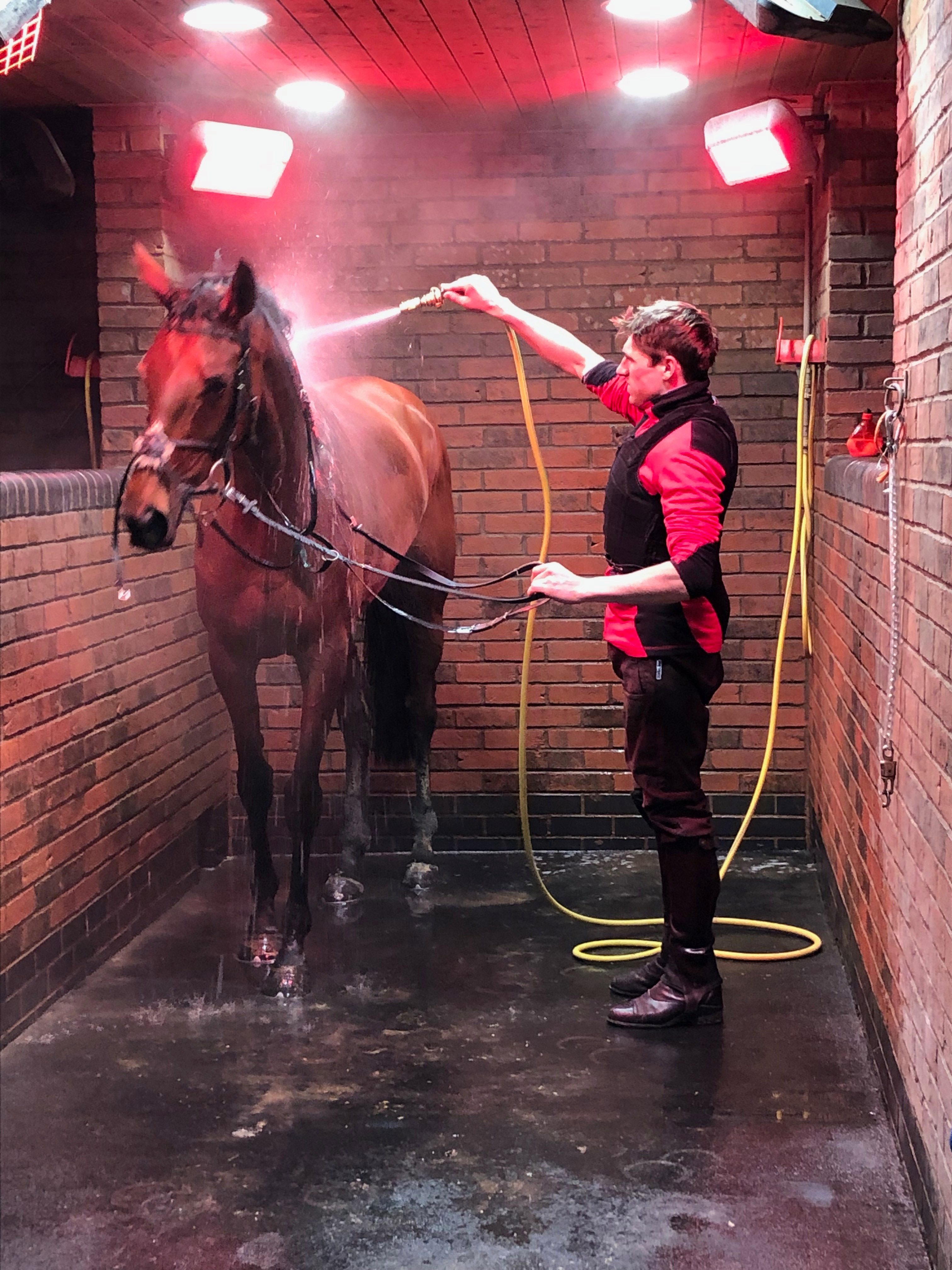 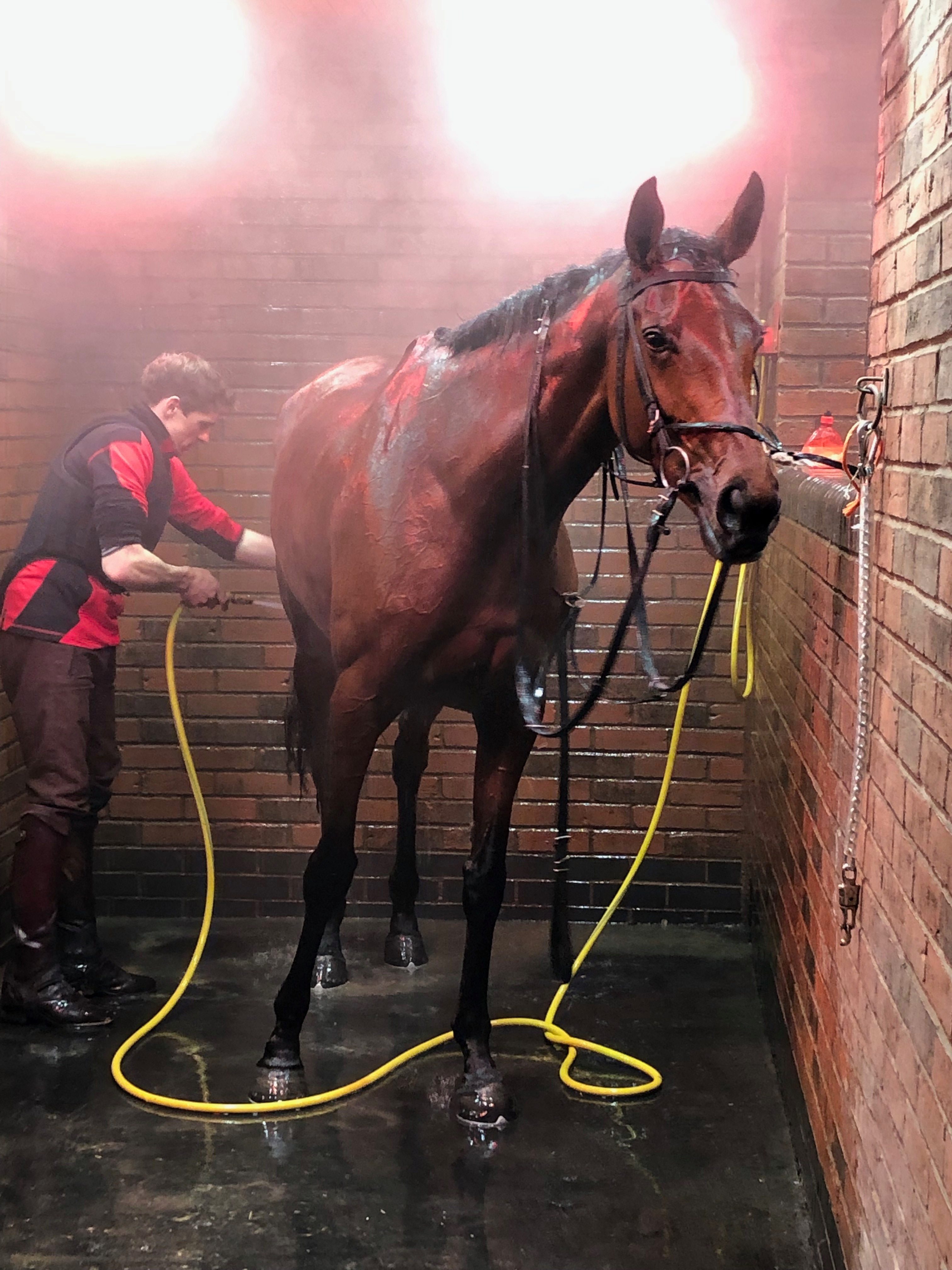 His father is double-gold medal-winning Olympic showjumper Nick Skelton, bagging his second of those aged 58 at the 2016 Games in Rio.

“With my father being so successful, there is always the pressure of always being ready to go,” he added.

“It took me a long time to get going as a jockey, so I’m desperate for as much success as possible.

“You want to win as much as much as you can. You have to be very focused and leave no stone unturned.” 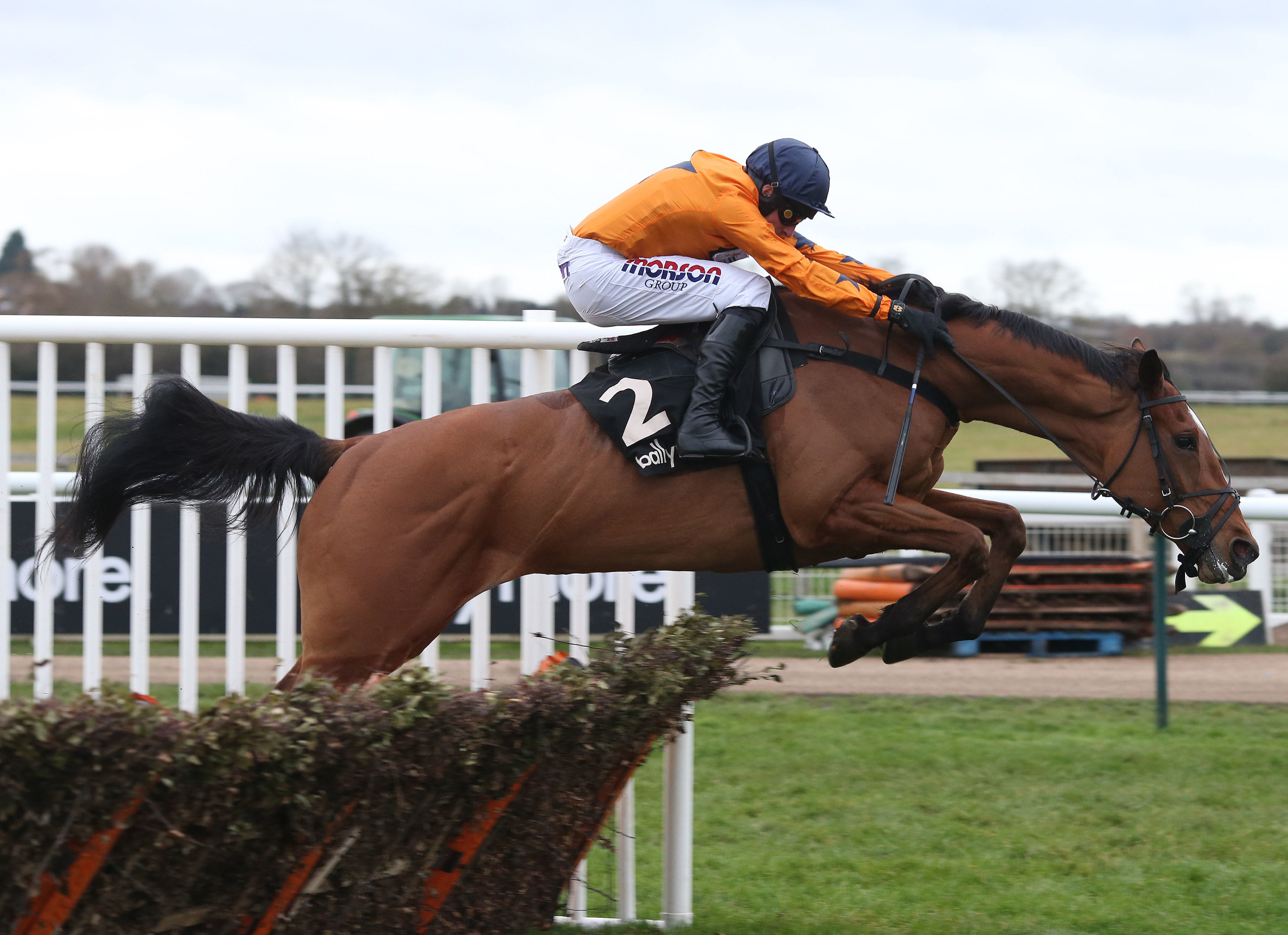 Harry has nine confirmed races at Cheltenham, which he describes as the “Olympics of horseracing”.

And while he will once again be craving victory when he trots out at the pinnacle of jump racing, he has an even bigger target ahead.

“The thing I strive for is winners, winning gives me the biggest kick, I don’t even see it as a job,” he said.

"The adrenaline of riding horses is very high, but it is all about winning.

“I haven’t fulfilled what I want to fulfil – I want to be champion jockey, without that there will always be a sense of small failure. 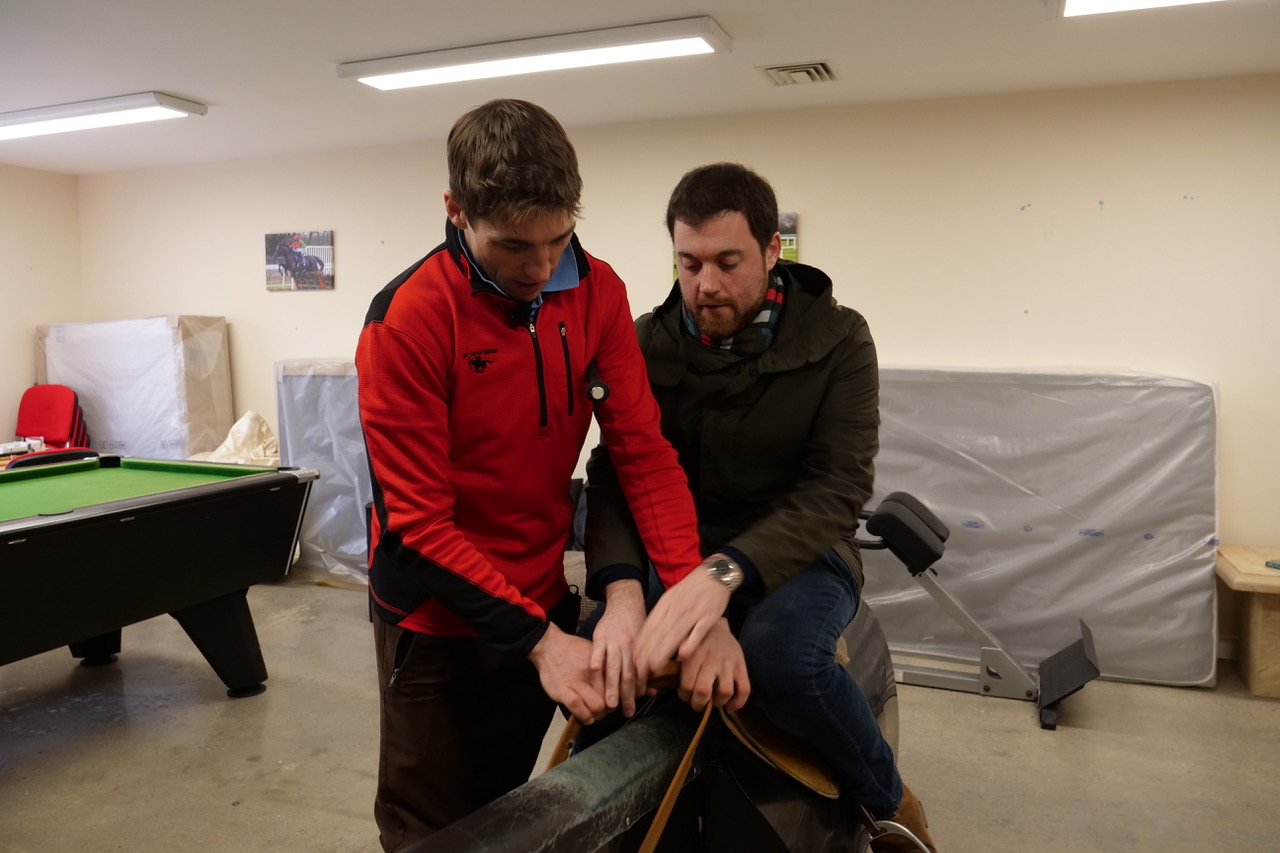 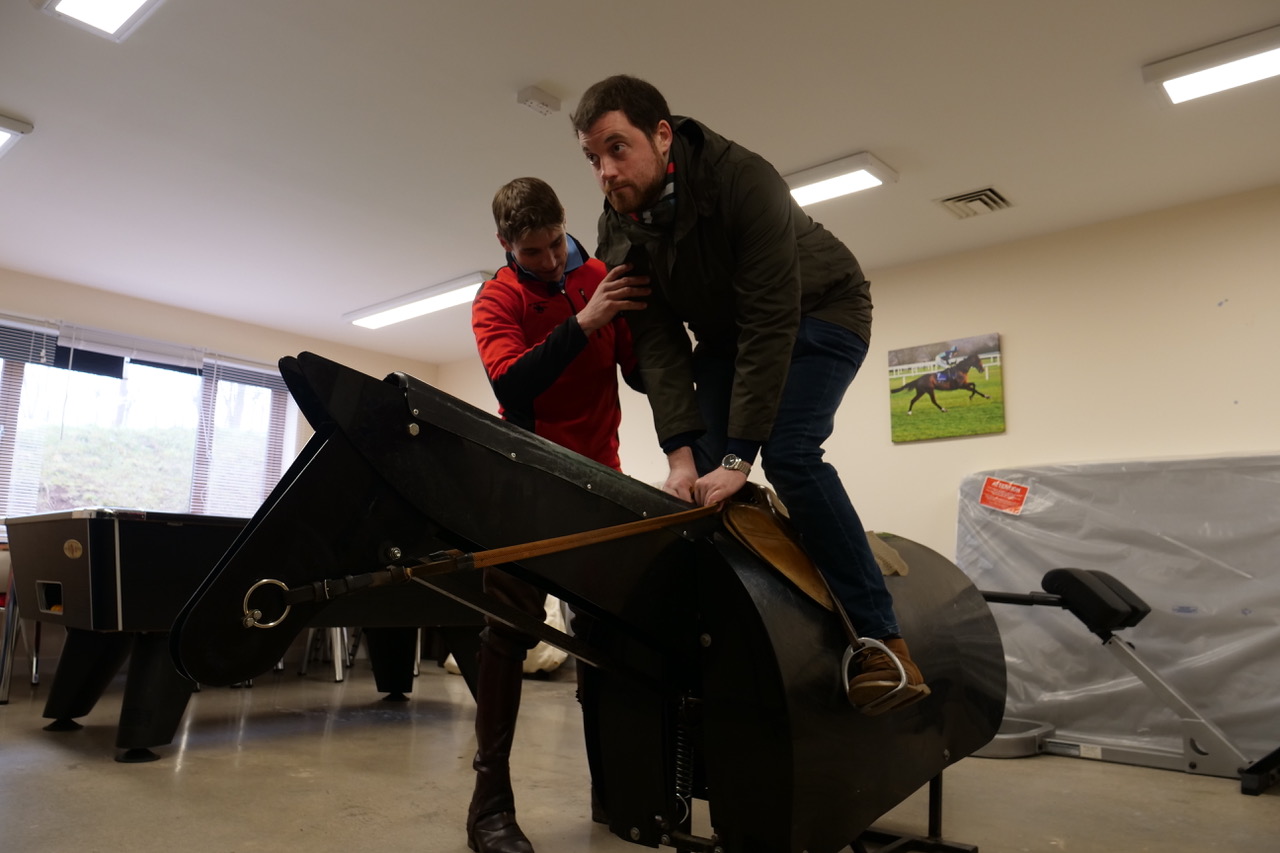 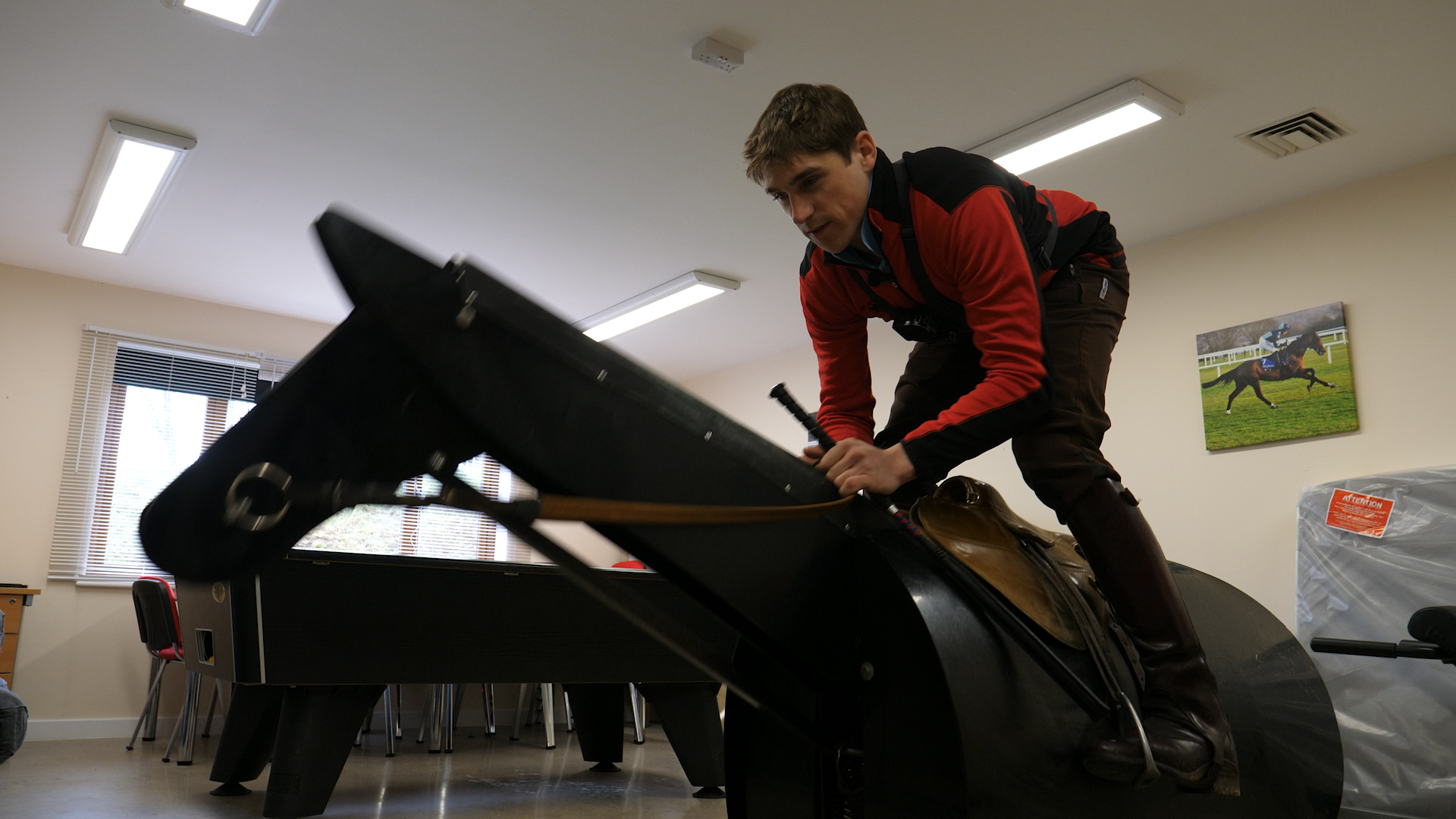 “Hopefully one day I will be champion jockey – that is the dream.”

He is currently 33 winners behind the legend that is Richard Johnson, 178-145 with the season ending on April 27.

After being given a riding lesson on the mechanical horse I was given the honour of being driven by the man himself in his Audi A8 to Warwick races.

Harry had five rides for the day.

Ultimately it proved to be an afternoon of disappointment with no winners on the card, but it was a perfect insight into the lows that come with all the highs in the sport. 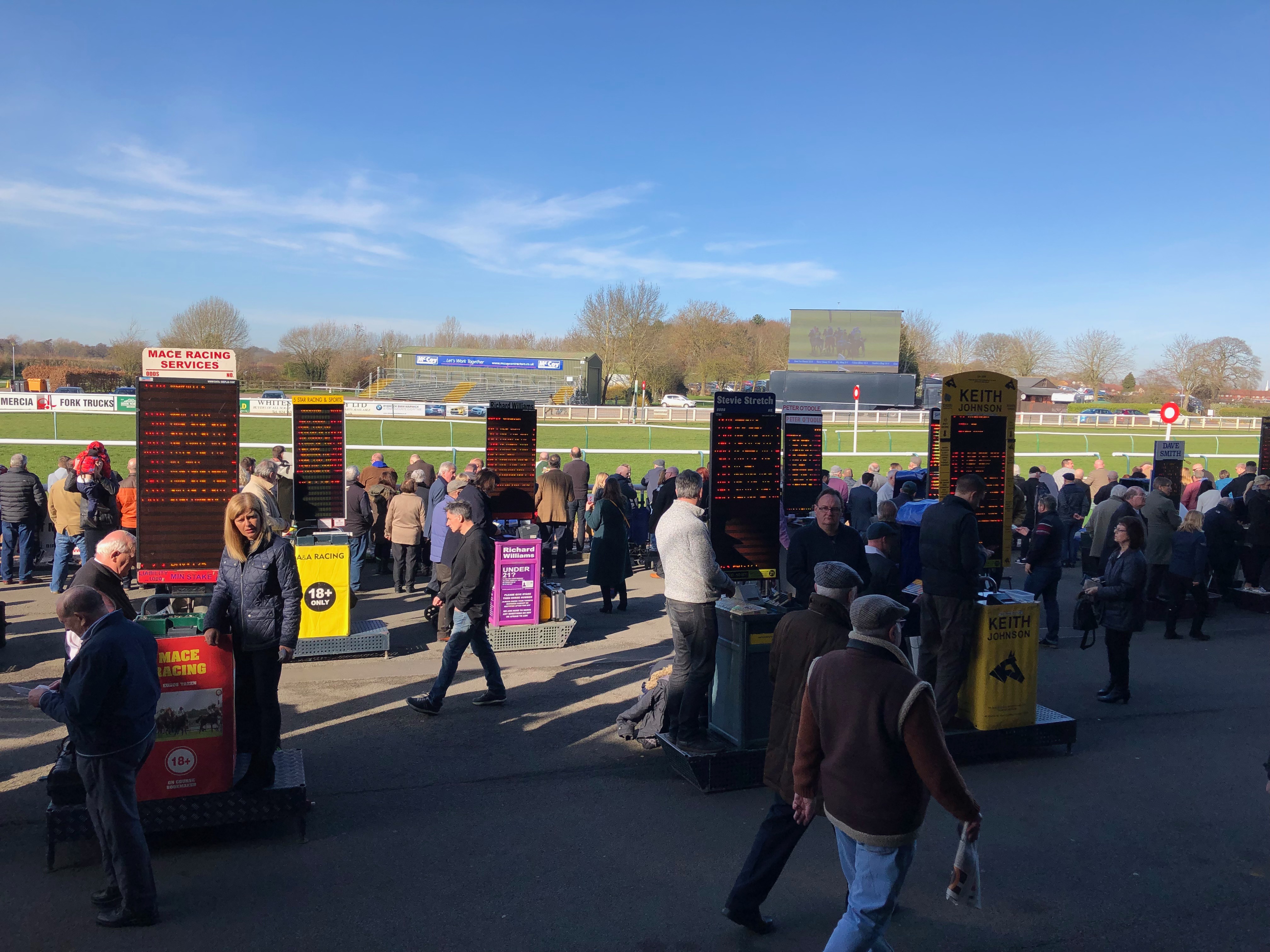 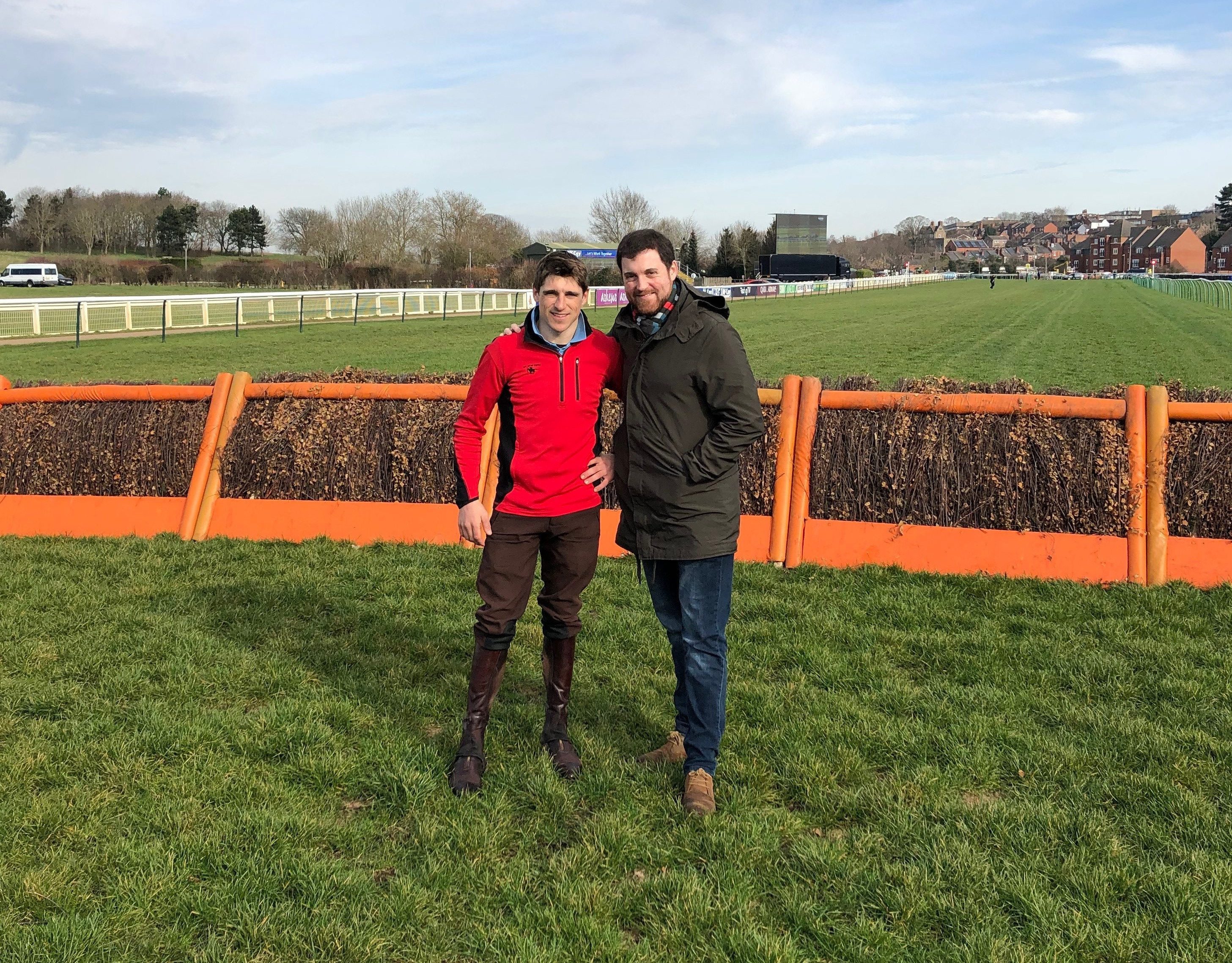 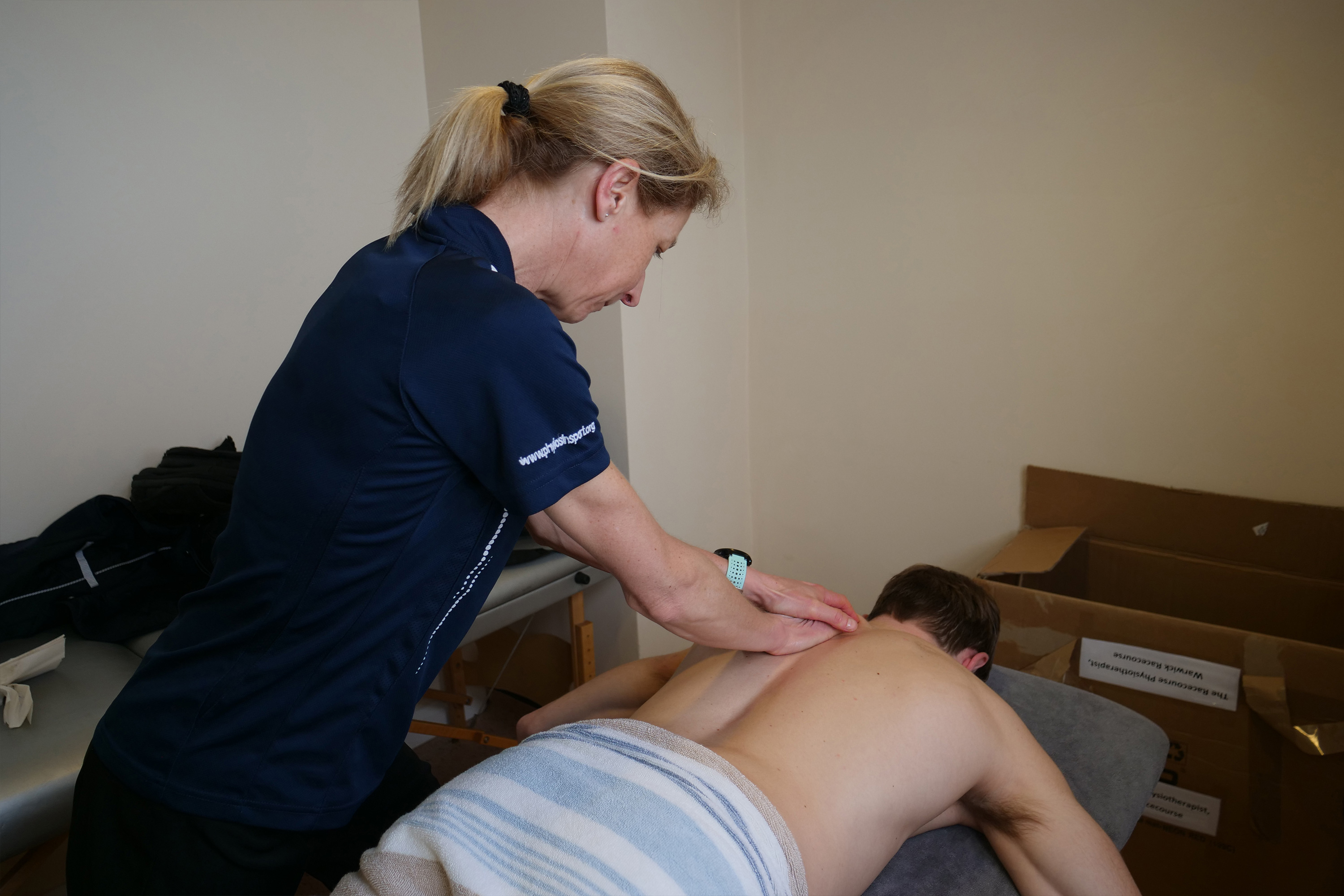 Most miles travelled in a day for racing – 500

Number of horses ridden in a season – Around 700

He will have softened the blow by munching on some wine gums however – the jockey is a big fan of snacking on the sweets during the day.

And another setback was to come as it was a meal for one waiting for Harry when he got home.

But calm down ladies, Harry isn’t single. His partner is fellow stable jockey Bridget Andrews and she was riding away in Catterick, almost 200 miles north.

The two are getting married in August, and despite the stresses and strains of their full-throttle jobs, they still get to do “coupley” things.

"When racing is off and we have a free day, we do like to try and get away," he added.

"We have two whippets and we take them off to Broadway Tower normally and go for a walk. 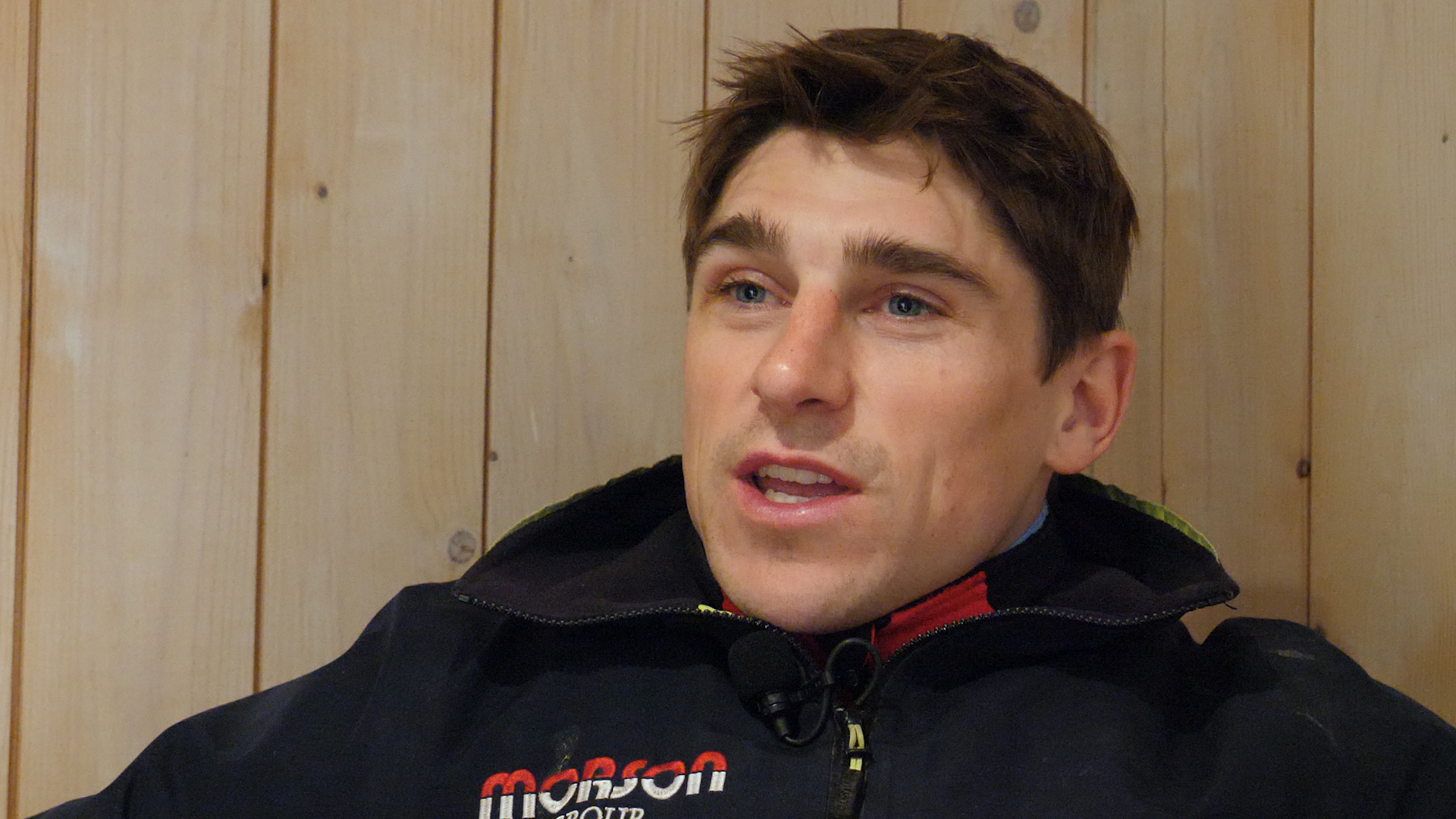 “Luckily Bridgett is a good cook, so we eat well and I enjoy cooking too.

“To unwind is very difficult, it’s 12 months of sport, but there are a few breaks where we can get away.

“We are lucky that some of Dan’s owners have a nice boat that we sometimes go on, we have nice holidays.

All thoughts now turn to Cheltenham. And should it prove a successful week for Team Skelton, Harry better book that boat out quickly.

And of course don’t forget the wine gums.

Watch The Sportsman Originals : Harry Skelton ahead of Cheltenham HERE. Check the site every day during the Festival for the latest odds, tips and racecards. 18+ gamble aware