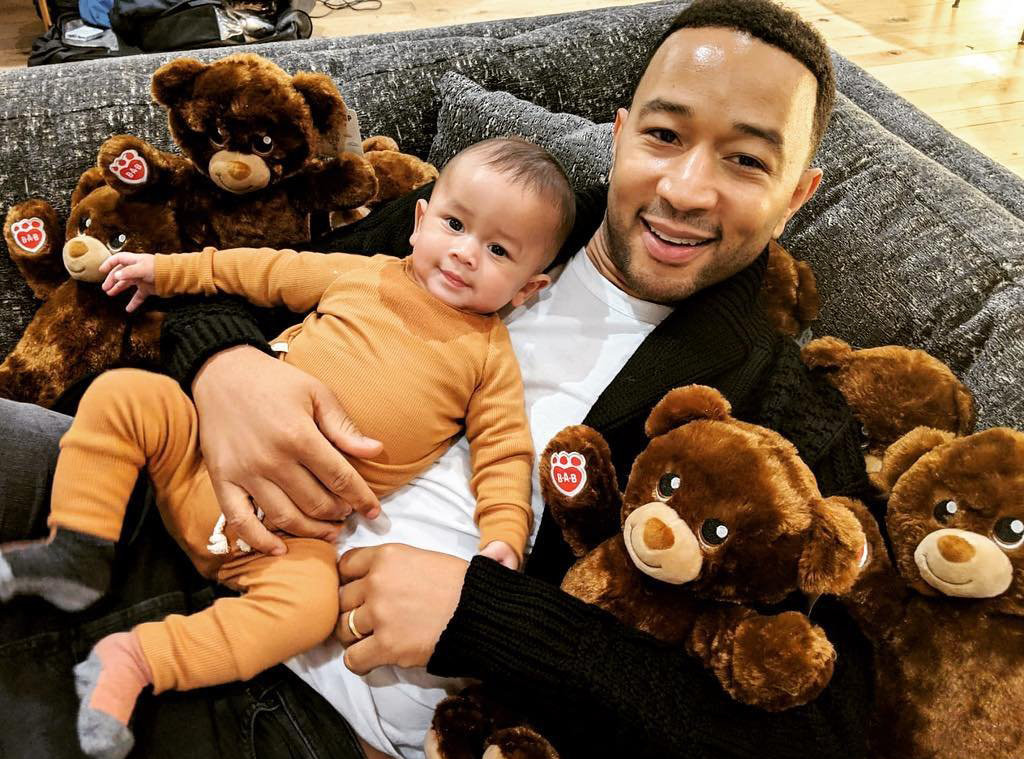 Chrissy Teigen took to her Instagram to share two adorable new photos of her and John Legend‘s 5-month-old son, Miles Theodore Stephens. In one sweet social media snap, a smiling Miles can be seen sitting on the couch surrounded by about eight teddy bears.

John then joined in on the photo session, holding baby Miles on the couch with the teddy bears surrounding them. “all the bears!!” Chrissy wrote alongside the father-son photo.

The Lip Sync Battle co-host and the “All of Me” singer welcomed their second child in May, with Chrissy tweeting his arrival, “Somebody’s herrrrrrre!” Miles joined the couple’s daughter, Luna Simone Stephens, in the talented family. 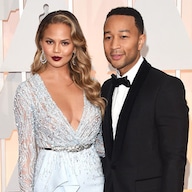 “He loves the quiet moments. He loves story time, but Luna was just such a bull,” she revealed. “From the moment she came out, you just knew she was going to be such a Luna—just a nutcase. He’s not really into anything. He loves sleeping and milk.”

You can watch Chrissy and John on the 2018 E! People’s Choice Awards in just a few hours, where they’ll both be taking the stage during the ceremony.