Cincinnati native and resident Jeneya Lawrence dreams of living in a house with a garden big enough to fit a trampoline for her two young children, on a street with neighbors from diverse communities.

The 28-year-old community health worker and single mom is determined to stay in Cincinnati, near family and friends, despite gentrification and seeing average rents double over the past decade. When Lawrence found a rental unit earlier this year with separate bedrooms for her 12-year-old son and 9-year-old daughter, close to good schools and her work, she couldn’t believe her luck. Then the landlord asked for a $1,300 security deposit in advance.

“I just did not have that. I asked him if I could split it over two payments but he said no,” explained Lawrence, who then had to wait another six months to find a rental in a less-convenient location where she could afford the deposit.

Lawrence’s story is a familiar one for many lower-income renters across the U.S., who have found it increasingly difficult to find homes as the housing crisis tightens its grip on cities across the country.

But Cincinnati is trying to do something to ease the burden. In April this year, it became the first city in the U.S. to require landlords to accept alternatives to a security deposit. Cincinnati’s bold move has been hailed as a way to disrupt a broken system for renters. Other cities and states are now also offering deposit alternatives to make housing more accessible to low-income renters.

The new program, dubbed “renters’ choice,” came into effect too late for Lawrence to benefit from it when she was last looking to move. But she hopes it will make it easier for her and other lower-income renters to find homes in the future. 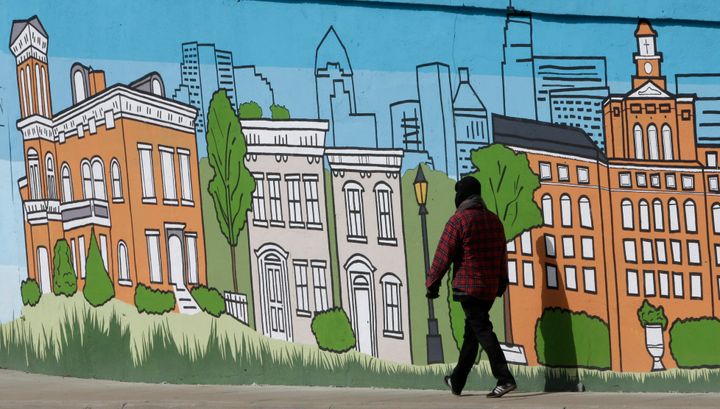 The program could also level the playing field for the city’s homeless population, said Kevin Finn, president and CEO of Strategies To End Homelessness.

“On any given day, we have 200 families that have a first month’s rent but they still can’t find an apartment,” he said. “Having a more realistic arrangement for what the deposit looks like will make it much easier to get those households into an apartment.”

Even before COVID-19 hit the U.S., millions of low-income renters were struggling. Nationwide, there should be at least 7 million more homes for those who earn the least. “For every 10 of the lowest-income renters, there are fewer than four apartments that are affordable and available to them,” Diane Yentel, president and CEO at the National Low Income Housing Coalition, told HuffPost.

The pandemic has exacerbated the situation. More than 40% of low- and moderate-income households in the U.S. said they had no emergency savings, while over 12% would not be able to pay for a $400 emergency expense, according to an April survey published by Brookings.

The Coronavirus Aid, Relief and Economic Security (CARES) Act, passed in March, added a weekly $600 federal supplement to unemployment payments and implemented a federal eviction moratorium. But both provisions expired in July.

More than 1 in 5 renters were behind on payments in July, and widespread evictions are expected unless states extend moratoriums or introduce rental assistance. The replacement lost wages benefit ― reliant on joint funding with states ― offers claimants a maximum $400 a week.

Cincinnati resident Seth Weber lost his job in March when the restaurant he worked at was shuttered due to COVID-19. He got work at a bakery — but the bakery burned down in August. He’ll be counting on unemployment benefits to make his monthly rent of $700. But Cincinnati is looking at an eviction crisis, and he’s aware that this fate could be just around the corner for him.

“That’s the worst thing a tenant can face,” said Weber, a volunteer for Cincinnati Tenants’ Union. “Once you have an eviction on your record, you’re only going to be able to get into substandard housing.”

Many renters avoid getting an eviction on their records by downgrading their housing ― perhaps moving from a two-bedroom to a one-bedroom ― but doing so requires having enough money saved to put down a security deposit. “The new legislation will help them be able to get into less-expensive housing and avoid getting an eviction on their record,” said Finn.

The new legislation could come in handy if Weber has to move soon to avoid eviction.

Councilmember P.G. Sittenfeld (D) introduced the legislation last November after reaching out to local tenants and landlords to address the city’s need for more affordable homes. He says renters’ choice will give low-income renters greater access to housing in a city where median household monthly income is around $2,800, and a two- or three-bedroom apartment can cost $1,000 or more.

“The ‘north star’ for me throughout the crafting of this legislation was how can we remove an upfront barrier that is the traditional, steep, cash security deposit?” he said. “And can we replace it with something that lets people get into the housing they desire, while also still giving landlords the protection they need?” 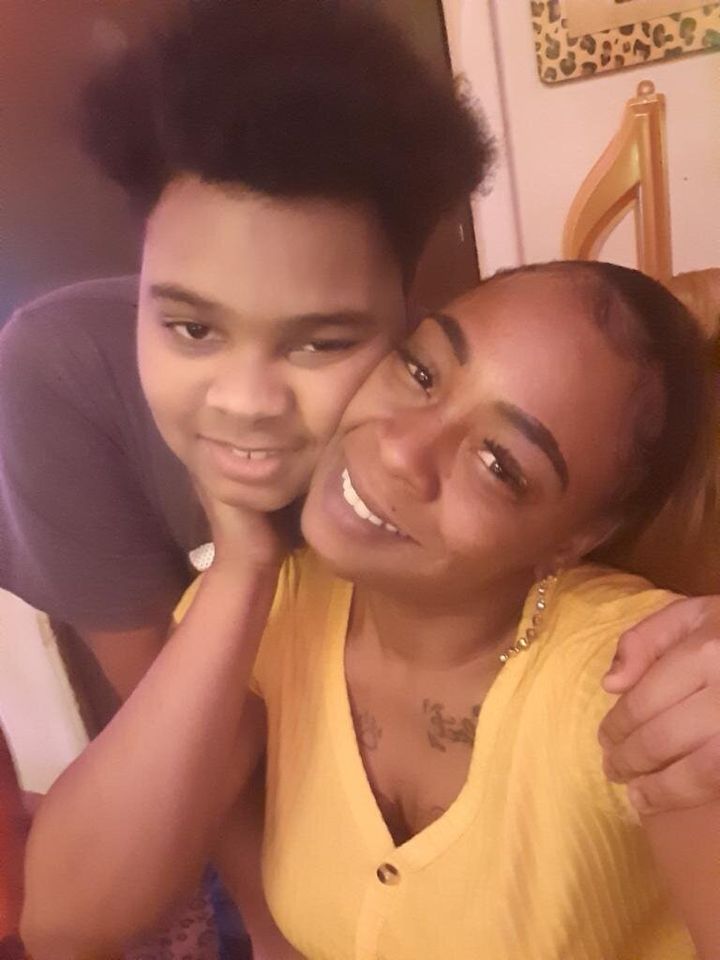 For many people, especially those on limited incomes, it has long been all but impossible to find the cash for security deposits — often, one or even two months’ rent — that landlords require upfront but which aren’t covered by a tenant’s Section 8 housing support voucher.

“When you have such limited income, any extra expense ― such as security deposits or requirements to pay the first and last month’s rent upfront ― can be an insurmountable hurdle to finding an apartment you can afford,” said Yentel.

Cincinnati’s renters’ choice legislation applies to all landlords with 25 units or more and offers three options: an insurance premium, in which the tenant pays a small monthly, nonrefundable fee instead of an upfront deposit; an installment plan to spread the deposit equally over six months (or more if the landlord agrees); or a reduced security deposit, paid upfront, of no more than half the monthly rent.

Sittenfeld says security deposit insurance could mean a tenant paying just $5 a month to protect the landlord against damages or rent default, instead of a $1,000 security deposit. “I don’t pay $100,000 a year in health insurance premiums anticipating that I’m going to have a catastrophic heart attack. You pay a little bit each month, then it’s pooled risk.”

The “ongoing economic repercussions” of the pandemic — with thousands out of work or underemployed — only serve to highlight the need for renters’ choice legislation in Cincinnati, and across the country, says Sittenfeld.

Elected officials, nonprofits, and landlord groups are collaborating to publicize the new rules. “While it is still early on, we’re optimistic that the legislation will be successful in ensuring renters have the ability to secure an apartment without a large upfront cash security deposit,” said Sittenfeld, “and look forward to seeing the legislation expand across the country to help renters in cities large and small.”

Cincinnati’s legislation is part of a wider movement to disrupt what is arguably an outdated system, particularly where low-income housing is scarce.

New legislation in Virginia allows landlords to accept damage insurance in lieu of a security deposit. In Pennsylvania, a proposed amendment would require landlords to offer security deposit alternatives such as installment payments or insurance. (Both laws cap the sum of deposits and insurance at two months’ rent.) Representatives from several other cities and states including Alabama and North Carolina have committed to introducing renters’ choice legislation. 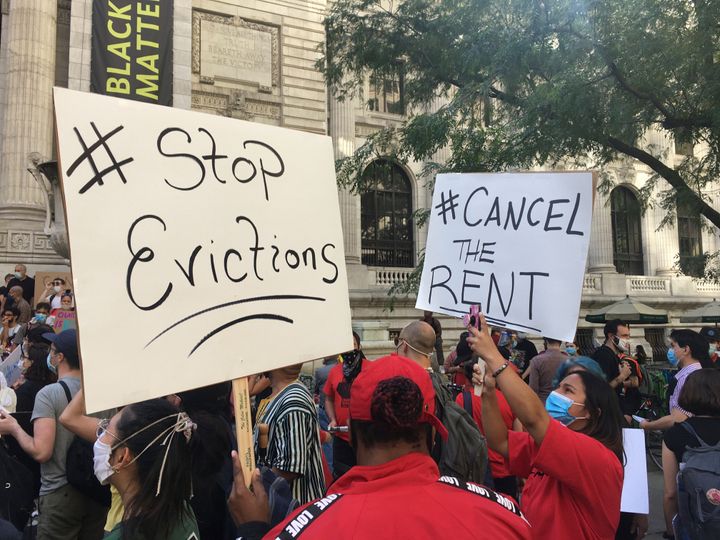 Some landlords argue that an insurance-based system would create more problems since they’d have to extract funds from an insurer rather than having cash in hand to make any repairs necessary at the end of the lease. Charles Tassell, chief operating officer of the National Real Estate Investors Association, commented recently: “I’ve got to deal with an insurance claim and get my attorneys involved. And they’ve got their high-priced attorneys in-house.”

And others warn that over a year or more, the total paid in nonrefundable insurance premiums could exceed the upfront security deposit and that renters may be unaware that such insurance does not cover them against damages or repairs that exceed the policy’s coverage.

Weber worries that because the policy only applies to landlords with more than 25 units, it limits choices for tenants.

Finn adds that while tenants are learning of their options from housing nonprofits, landlords may still be in the dark, so cities and states need to do more to educate them about their new responsibilities.

Yentel says alternatives to security deposits provide creative and much-needed additional assistance to get families into homes. However, she argues that there is an urgent need to tackle the underlying issues contributing to the housing crisis. Solutions include more sustained, substantial federal investment in the Section 8 voucher program so all those in need receive help, and building more housing for low-income people through programs such as the National Housing Trust Fund.

In Cincinnati, where there is a 40,000-unit housing deficit, the city is hoping to help low-income renters with several new building projects. These include the Willkommen and Perseverance developments supported by the nonprofit Cincinnati Center City Development Corporation, which is working in partnership with the city to set aside 101 affordable rental units for those making 50-80% of the Cincinnati area median income.

Lawrence — who is still seeking out a rental that checks all the boxes — is optimistic that Cincinnati’s recent renters’ choice legislation will offer renters like her access to homes like these next time they need to move.

“I’m happy that we can pick where we want to stay but also have three options on the money side,” she said. “This time, I will look at places where I have the stores I need, the schools convenient for my children. As long as property owners are open-minded and not money-hungry, it won’t be hard.”

HuffPost’s “This New World” series is funded by Partners for a New Economy and the Kendeda Fund. All content is editorially independent, with no influence or input from the foundations. If you have an idea or tip for the editorial series, send an email to [email protected]