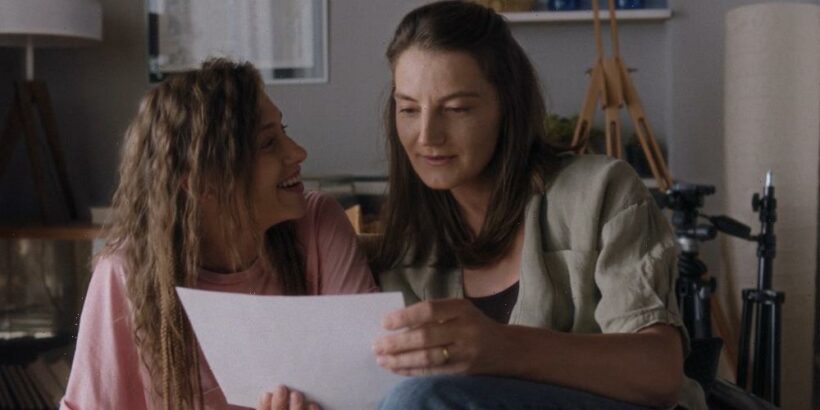 Nineteen up-and-coming producers from 12 countries across Southeast Europe and the wider Black Sea region have been selected to take part in the first edition of the CineLink Producers’ Lab, a new networking and training program launched by the industry arm of the Sarajevo Film Festival.

Taking place from Aug. 12-15 as part of the CineLink Industry Days program, the lab was conceived to help prepare emerging producers for a rapidly changing market, according to Sarajevo’s head of industry Maša Marković. “We really wanted to have something that is more catered to [the producers’] needs,” she said. “This is a really unique generation, and it’s a specific moment in a producer’s career.”

Marković noted how the rise of both regional and global streaming services has brought fresh investment into the region, disrupted the traditional supply chain and afforded new opportunities to local producers.

She also pointed to the dramatic, paradigm-shifting events of the past two years, when the coronavirus pandemic upended the industry’s typical approach to doing business.

“You have young producers who entered the market, maybe in 2018 or 2019, and didn’t manage to build their own network of peers. They spent two years behind their desk screens,” said Marković. “A producer’s career is based on establishing contacts, and you have a bunch of emerging producers that didn’t manage to do it.”

The three-day training program will offer participants skill-building sessions with a host of veteran filmmakers and industry experts. They will also be granted access to all CineLink Industry Days events, presenting a chance to network not only with leading directors, producers, broadcasters, and financers from across the region, but industry players from around the world making the journey to the Bosnian capital.

“It’s not only a question of networking, but also giving them another perspective on the things they can work with more experienced professionals from the region,” said Marković. “We were working with producers that were helping us to establish the market for 20 years, and these producers now have their own junior producers. And these junior producers are facing completely different challenges production-wise in the region than their bosses have been. They’re creating [a new] industry.”

Below is a selection of projects from the rising producers’ slates:

Maria Ibrahimova (Azerbaijan)
Project: “Hazel Eyes”
Director: Maria Ibrahimova
Writers: Maria Ibrahimova and Lala Aliyeva-Klychkova
Producers: Maria Ibrahimova, Zeynep Atakan, Olga Matat, Silvana Santamaria, Adolf El Assal, Anna Maria Aslanoglu
After losing all he holds dear in a senseless war, Hasan, an elderly refugee, is evacuated to Baku. Despondent and suicidal he has survivor guilt and feels that he has nothing left to live for. On a rare trip to the bazaar, he encounters an old friend who has just returned from Iran and reveals something that makes Hasan want to live again. Re-born, he goes on a journey to recover the only thing he has left of his home: his best friend and beloved horse Hazel Eyes.

Miljan Vučelić, Bitter Frames Production (Montenegro)
Project: “Nothing Will Be Named After Me”
Director: Djordje Vojvodić
Writers: Maja Todorović, Nikola Ljuca, Djordje Vojvodić
Producer: Miljan Vučelić
Maxim, once the most powerful man in the country, recovers from a stroke and tries to regain the power he lost during his recovery.

Fani Skartouli, Either/Or Productions (Greece)
Project: “Glory B”
Director: Konstantinos Antonopoulos
Writers: Konstantinos Antonopoulos and Luigi Campi
Producer: Fani Skartouli
703 A.D. Two pilloried convicts shipwreck on a deserted Mediterranean island. Zaharias is a peaceful beekeeper falsely convicted of heresy. Justinian II is a dethroned emperor, punished with nose mutilation. If they want to survive and reclaim their lives, they need each other. But they can’t handle each other.

Tea Matanović, Antitalent (Croatia)
Project: “The Premise of the Ocean”
Director: Tea Matanović
Writer: Tea Matanović
Producer: Tea Matanović
A lovable but grumpy professor emeritus causes a university scandal with his insolent behavior in a small town near the Adriatic Sea. Forced by the college administration, he takes a break from work and embarks on a sudden adventure that will change his life circumstances, actions and relationships. Just like the ocean in which he will swim for the first time, he will realize what lay hidden in him all these years.

Tekla Machavariani, Nushi Film (Georgia)
Project: “Milk & Honey”
Director: Tornike Gogrichiani
Producer: Tekla Machavariani
In the suburbs of the Georgian town Kutaisi, the paths of teenage boys from the same school diverge from each other, as one struggles to become a rapper and the other the leader of a street gang. A strong attraction draws them together, but at the same time drives them apart.

Goce Kralevski, DNF Films (North Macedonia)
Project: “Things Unsaid” (pictured)
Director: Eleonora Veninova
Writer: Eleonora Veninova
Producers: Goce Kralevski and Mirjana Tomic (Lilith)
Photographer Anna and her husband Fillip are at their summer house when their peace is disturbed by the arrival of Maya, the daughter of their longtime friends, whom they haven’t seen in a long time. One night, when Maya returns to the house covered in blood, Anna and Maya share a strange moment of intimacy. Maya’s secret infatuation with Anna uncovers all things unsaid that Anna and Fillip have kept from each other for years.

Çağla Çağlar, Çağlar Motion Pictures & Film (Turkey)
Project: “The Wealth”
Director: Muzaffer Mehmet Çağlar
Writers: Muzaffer Mehmet Çağlar and Tahsin Yetkin
Producer: Çağla Çağlar
The deathbed of Mr. Mehmet, who is a well-known and prestigious merchant in his Anatolian city, will turn into an opportunity for some. The expectations of his acquaintances and friends who visit him on his sickbed are in line with their own interests. His closest relatives are contemplating the inheritance that he’ll leave behind. Their conflicts of interest will mirror the sociological condition of Turkey, which has been changing and transforming for a long time.

Diana Caravia, microFILM (Romania)
Project: “Still Nia”
Director: Paula Onet
Writer: Paula Onet
Producers: Diana Caravia and Ada Solomon (microFILM, Romania)
Co-producer: Cedric Bonin (Seppia, France)
Stefania, called Nia as a child, emerges from a 15-year-long traumatic amnesia. She confronts the overwhelming memories of her childhood spent in Romanian hospitals due to a misdiagnosis. At 33 years old, she finds herself on the brink of an identity and existential crisis and undertakes an inner exploration through various bodily practices (contemporary dance, sensitive movement) and by taking refuge in her own imagination, mixing her childhood dreams with reinvented memories. On the border of reality and fiction, the film accompanies her in this path to resilience, of making peace with her own past, her own body and thus, her own present.

Nazlı Bulum (Turkey)
Project: “I Love You, Turkey”
Directors: Ceren Ercan, Nazlı Bulum
Writers: Ceren Ercan, Nazlı Bulum
Producers: Yağmur Dolkun, Nazlı Bulum
The city’s water supply has been cut off, and at a laundromat, five people who have been questioning their sense of belonging to their country cross paths. The owner of the laundromat starts to fabricate strange evidence against them from their dirty laundry, claiming to have received certain instructions to do so. Stuck at the laundromat, they face memories that they’ve long suppressed. As time and space begin to shift and reality increasingly fades away, music will either become their path to revolution, or another illusion they take shelter in to escape the truth.