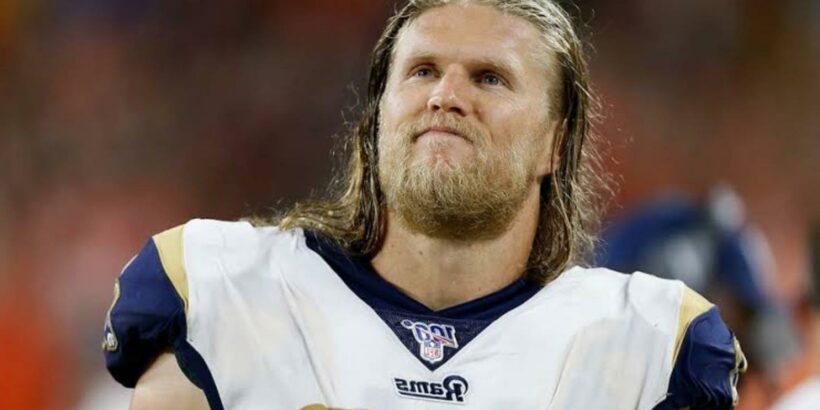 American former professional football player who was an outside linebacker in the National Football League (NFL), Clay Matthews and his wife Casey Noble-Matthews have successfully sold their French Provincial-style estate for $20 million, according to the Wall Street Journal. The Calabasas property was first put on the market for $29.995 million in July 2021, and since then, the price has been reduced twice—most recently to $24.995 million.

The estate is located in The Oaks of Calabasas, a gated community many celebrities have called home, including the Kardashians. The property sits on about 1.65 acres, and the seven bedrooms, home theater and wine cellar span across 14,000-square-feet of interior space. A little more on the unusual side, the Matthewses added an 800-gallon saltwater aquarium for their exotic fish. There’s also a hidden doorway that leads to a secret room used as a safe, And outside, you’ll find a large pool and sports court, per Architectural Digest.

Matthews spent the majority of his career with the Green Bay Packers before heading to the LA Rams in 2019. He purchased the Calabasas land for $2.6 million in 2013 and then built the house alongside his wife, completing the process in 2020. Last year, WSJ reports that the couple stated last year that they were selling so that they could move closer to his Tennessee-based twin brother so that their children could grow up with their cousins.

READ NEXT: Bob Dylan’s ‘Desolation Row’ Handwritten Lyrics Are Being Sold for $425,000