Comedy is no laughing matter (cont…): Don’t take the mickey out of us mice, the rodents complain to CRAIG BROWN 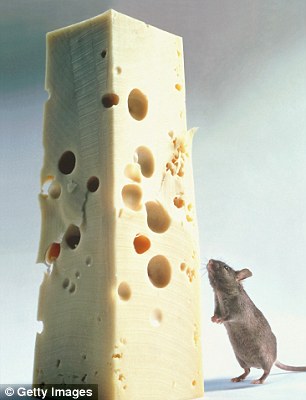 Sir: In response to your correspondence concerning hurtful so-called ‘jokes’, I am writing to express my concern that no one in Parliament or beyond has lifted a finger in the defence of aunts.

As an aunt myself, I have had to endure a lifetime of abuse dressed up as comedy. Mr Wodehouse remains the worst offender.

Just imagine what it is like for any aunt to read a passage such as: ‘It is no use telling me there are bad aunts and good aunts.

At the core, they are all alike. Sooner or later, out pops the cloven hoof.’

Frankly, it defies belief that Wodehouse was never forced to apologise, or placed on a re-education scheme.

Instead, he was allowed to go on making incendiary insults against innocent women such as Aunt Agatha, ‘who eats broken bottles and conducts human sacrifices by the light of the full moon’, and Aunt Dahlia, who is ‘short and solid, like a scrum half in the game of Rugby football’. Funny? I don’t think so.

It is high time such remarks were banned. Only yesterday, my nephew asked me: ‘How do you make anti-freeze?’ When I said that I didn’t know, he replied: ‘Shut her in the fridge.’ What sort of a world are we living in?

Sir: As the Chair of AAMILJ (Action Against Mother-in-Law Jokes) I sympathise with your previous correspondent. For too long, we as a society have tolerated deeply offensive ‘jokes’ against some of our most vulnerable members.

The late Les Dawson was particularly insensitive. It beats me how anyone could laugh at the following joke: ‘I took my mother-in-law to Madame Tussauds’ Chamber of Horrors, and one of the attendants said: ‘Keep her moving, sir; we’re stock-taking.’ ‘Yet they do.

Once, after seeing Dawson deliver a particularly vicious remark on television, I felt bound to call for his resignation from the world of family entertainment. ‘I can always tell when my mother-in-law’s coming to stay,’ he said, ‘The mice throw themselves on the traps.’ Yet he never had the grace to apologise.

Sir: As a mouse who has for many years been prone to depression, I found your previous correspondent’s throwaway remarks about suicidal mice hard to stomach.

For too long, people have laughed along with deeply objectionable and frankly mouse-ist riddles such as: ‘What goes eek-eek-bang?’ ‘A mouse in a minefield.’ And: ‘What are crisp, like milk and go ‘eek-eek-eek’ when you eat them?’ ‘Mice Krispies.’

Cruel jokes like these have done much to undermine the standing of mice within the community, and have led to many incidents involving cheddar in traps, and so forth. Something must be done!

Sir: As a lifelong member of the international cheese community — I was born a cream cheese, and later transitioned to a blue cheese — I object to being pigeonholed by your previous correspondent as useless for anything but catching mice.

I have suffered cheesist jokes my whole life. Riddles such as . . .

Q: ‘What kind of cheese do you use to disguise a small horse?’ A: ‘Mascarpone.’

. . . are not only offensive but inaccurate, as this mild, creamy cheese, though ideal for both sweet and savoury dishes, remains ill-suited to spreading over small horses.

Sir: As a lifelong horse, I write to express my outrage at the supposedly ‘light-hearted’ remarks against members of the four-footed equine community in the letter above.

Let me make it clear. Ponies should always be treated with consideration, and never masked, either with cream cheese or with anything else. It is not funny to suggest otherwise.

I am sick and tired of horse jokes. Every time I walk into a bar, the barman always says: ‘Why the long face?’ as if this was the first time anyone had said it.

It is the constant drip-drip-drip of horse-ist prejudice that is undermining our place in society. It is high time we as a society came to realise that there is no such thing as an inoffensive joke. Is it going too far to suggest that they should all be banned?