Two for one? High-end fashion label releases BIZARRE ‘double back’ shorts that make it look like you are wearing TWO pairs of jeans at once – and they cost an eye-watering $565

A clothing company has created double back shorts that look like you are wearing two pairs of jeans, and they cost an astounding $565.

R13 released a pair of shorts for the summer season that has extra fabric people don’t typically get when buying the clothing item.

The expensive shorts look normal from the front with longer pieces hanging down the back. But when the person turns around, a second pair of shorts is revealed just below the waistband. 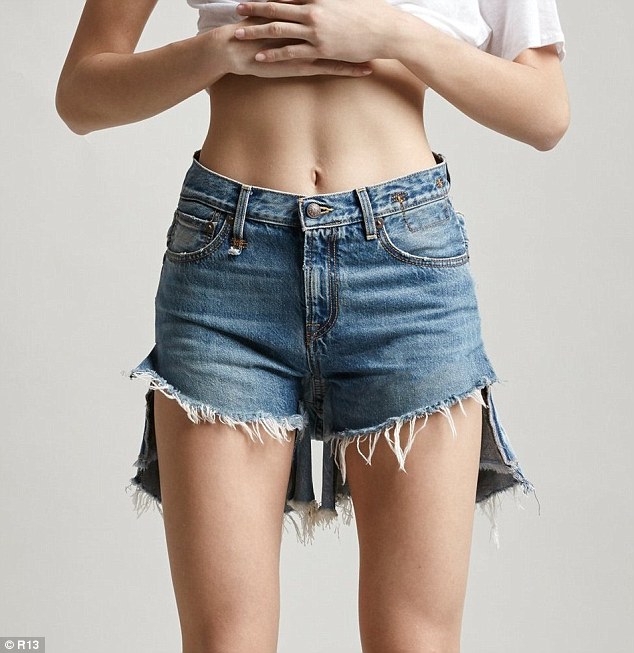 Strange: A company released a pair of shorts with an additional set sewn on the back 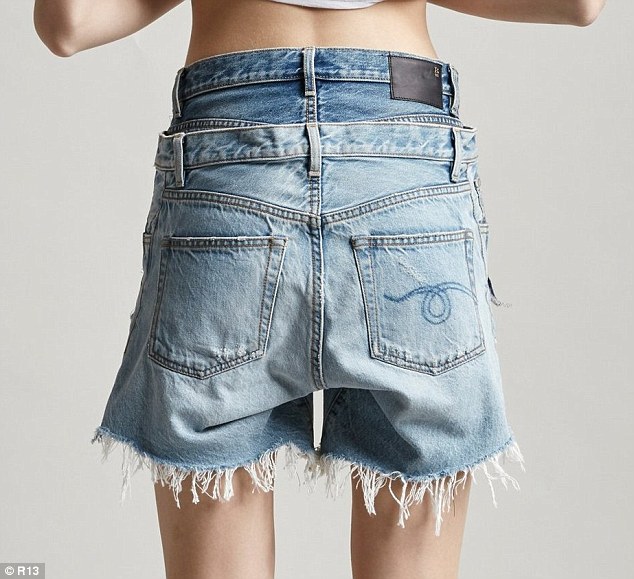 Bizarre: The double back shorts by R13 cost an astounding $565 for the pair 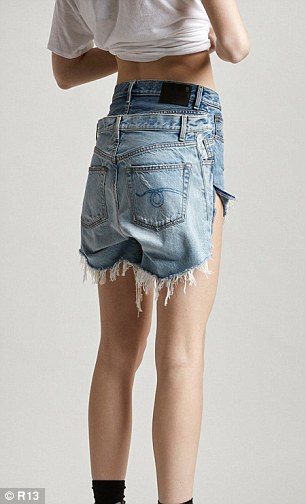 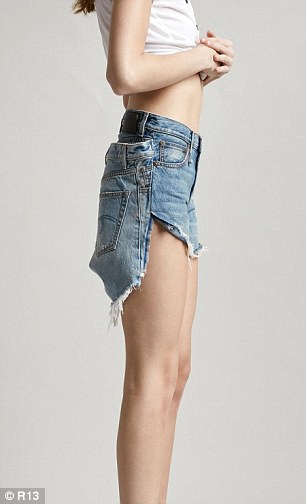 All angles: The shorts create a rather bizarre look, making it seem as though part of the outfit is falling off

R13 is a luxury designer brand created by Chris Leba in 2009.

Chris was the VP at Ralph Lauren before he decided to launch a clothing line of his own.

Although the double back shorts are one of the brand’s most bizarre pieces, they do fit in with the general theme of the current line.

Many items in the denim collection include odd rips, excess fabric and fringed bottoms.

But R13 is not the first company to release a bizarre denim trend this year for customers.

Carmar Denim, a company from Los Angeles, debuted the new Extreme Cut Out Pants for $168, which feature barely any fabric except around the waistband and pockets.

When the jeans first launched in May, they were sold out and many people went on a waitlist to snag the revealing pair.

The store posted a photo of the model wearing the pants with the caption: ‘For those who dare to bare.’

After posting the photo, the official LF Instagram account was flooded with comments from people bashing the pants and the expensive price. 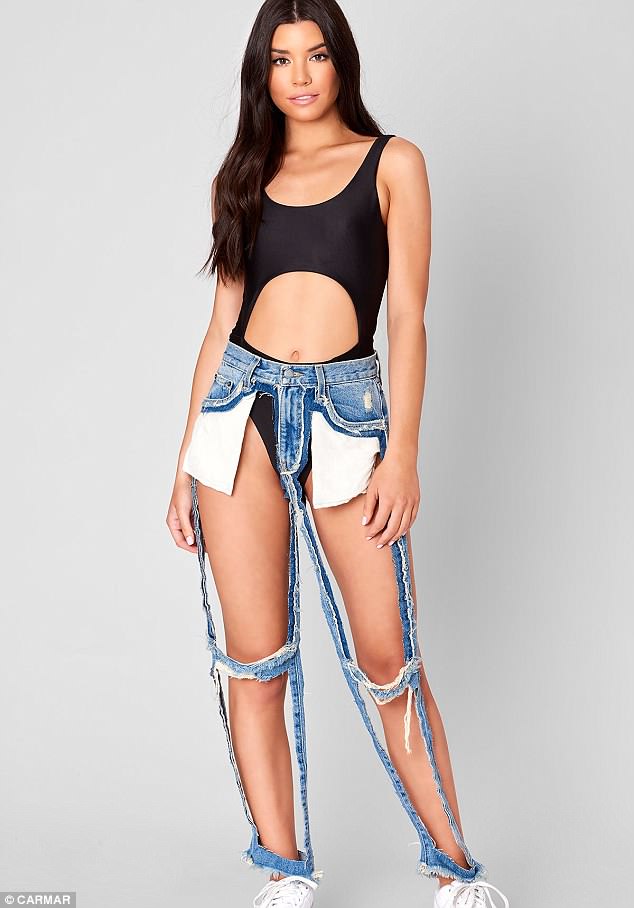 Insane: This summer has been the year of bizarre jean trends. A LA company recently released jeans that featured minimal fabric

Pay less: One user joked about the price of the pants saying it’s crazy that you have to pay more money for less fabric

Beach pants: This person joked that the pants are so see-through they could be worn to the beach

Pockets: Another hilarious comment came from this woman who said pockets are expensive because that’s the only fabric on the pants

‘Wow! What’s the point of wearing pants?’ one person questioned while another exclaimed: ‘I would never pay money for jeans like this!’

Another person hilariously wrote, ‘At least they have pockets!’ to which someone replied, ‘If only those pockets included jeans.’

‘Airport security inspections should be super easy,’ one hilarious comment read while someone else suggested: ‘Change title to – “Bum looking for rich man.”‘

Meanwhile one woman had enough of all the latest bizarre fashion trends as she posted: ‘Seriously, this is the dumbest god damn thing I’ve ever heard of. If this is not a hoax, and people are actually buying these things, they need to be stopped from wasting money on a piece of invisible clothing.’

Despite most of the comments joking about the crazy pants, other people couldn’t help but ask why they couldn’t just make the pants themselves.

‘Can’t I just go to Goodwill and buy a pair of old jeans for $5 and do the same thing? Not that I’d want to, but still…,’ wrote one user.

Other insane jean designs include Fashion Nova, which released a pair of jeans completely made out of string.

Meanwhile, in April, Pretty Little Thing released a pair of denim shorts with basically no fabric and looked like a thong.