Leading company directors have expressed widespread concern over energy and climate change policy, and have warned the lack of clear direction is affecting investment and affordability.

Directors across the private, public and non-profit sectors said climate change was the number one long-term and number two short-term issue for the federal government to address when responding to the Australian Institute of Company Directors' (AICD) half-yearly report on director sentiment.

AICD chief executive Angus Armour said there was a "great deal of convergence" surrounding what was a "very serious policy issue". 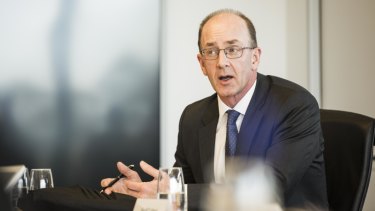 "In the context of the current election, the director community, which I think represents the views of the broader community, would be looking for competing parties to be very clear in what they intend to do," he said.

"We’ve reached a point where a second-best option that was agreed on a bipartisan basis, that would carry forward the next five or 10 years, would still be better than no policy certainty at all."

While taxation reform remains a significant short-term issue for  directors, it dropped on a relative level as concern for government action on climate change rose by 12 percentage points in the past six months.

Directors' immediate priority remains energy policy, with 50 per cent nominating it as the most important area for government action.

Renewable energy was considered the top area of importance for infrastructure investment by 51 per cent of directors, ahead of regional infrastructure, water supply, roads and telco networks such as the NBN.

Mr Amour said there was "widespread" concern across the community about climate and energy policy affecting investment and affordability.

"The length of time that’s passed without certainty for energy policy has clearly made it a top of mind issue for our community."

The report also showed directors were the least confident about the outlook for business they have been since the first half of 2015.

The number of directors who predict the Australian economy to be weak over the next year has nearly doubled over the past six months, with 50 per cent having a low assessment of the health of the domestic economy.